Malcolm Turnbull and Scott Morrison walked away from Treasury proposals for sweeping tax changes that could have put more money in voters’ pockets and eased booming house prices, according to leaked Treasury documents.

The documents, marked “protected” and “cabinet”, and obtained by The Sun-Herald and The Sunday Age, were written in October and November 2015 when Mr Turnbull and Mr Morrison replaced Tony Abbott and Joe Hockey as Prime Minister and Treasurer. 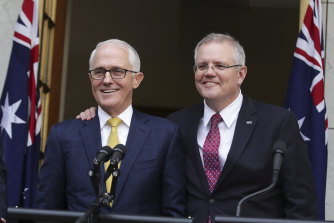 The documents reveal previously unpublished details of the breadth and scope of tax reform considered by the then-Prime Minister and Treasurer in the early months of the new government, some of which – such as increasing the GST and curbing negative gearing – had been broadly canvassed publicly at the time.

But other proposals, such as cutting the top marginal tax rate to 40 per cent and the bottom rate to 17 per cent, removing the tax-free threshold and replacing it with an earned income tax credit and a 25 per cent tax discount for all savings were not canvassed publicly.

Five separate options to wind back negative gearing tax concessions were canvassed by Treasury with Mr Turnbull, Mr Morrison and the cabinet, as was reducing the capital gains tax discount to 25 per cent, while four major options for tax reform were floated.

While governments regularly receive policy proposals from the public service that they do not adopt, leading economists Chris Richardson and Danielle Wood and Australian Chamber of Commerce and Industry boss Andrew McKellar said the leaked documents highlighted — on the eve of the federal budget and an election — the lack of tax reform ambition from both the Coalition and Labor.

Three of the four major tax reform options involved changes to the GST to raise the rate to 15 per cent and broaden the base, cutting company tax to 25 per cent, reducing the capital gains tax discount and in the most ambitious proposal — which had an estimated size of $82 billion and would have increased GDP by 2.5 per cent — abolishing state stamp duties on conveyancing and insurance taxes, while doubling council rates.

The less ambitious two options did not touch state taxes, still raised and broadened the GST and the estimated size of these “tax mix switches” was $55billion and $45 billion respectively.

In February 2016, Labor announced changes to limit negative gearing to new properties only and a cut to the capital gains tax discount from 50 per cent to 25 per cent, two of the options privately canvassed by Treasury in its work for the government.

The negative-gearing options examined by Treasury included the measure adopted by Labor; introducing a dollar cap on negative gearing; quarantining investment losses so they could only be deducted against investment income; limiting deductions for investment homes to 20 per cent; or requiring investors to choose either negative gearing or the capital gains discount. 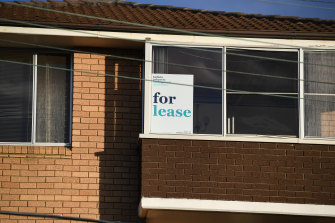 Losses on negative gearing properties had reached $13.1 billion in the year ahead of the 2019 election.Credit:Peter Rae

But in April 2016, as the election drew near, Mr Turnbull and Mr Morrison announced they would not be making any changes to either negative gearing or the capital gains tax, and they began a concerted attack on the Labor proposals despite advice from their own top economic mandarins recommending changes.

Mr Turnbull said the changes would “devalue every home in Australia” while Mr Morrison said they were “a tax on mum-and-dad investors”.

Under Anthony Albanese, Labor has since dumped changes to negative gearing and capital gains tax. Australian property prices jumped 23.7 per cent last year, their strongest annual growth on record, making it increasingly difficult for first-home buyers to enter the market.

Ms Wood, chief executive officer of the Grattan Institute, said the documents demonstrated there is “a very different [diminished] appetite today that we have, to even have these discussions”.

“They [the Turnbull government] lost the energy to do more after the company tax cuts for small and medium business. Yes, there was personal income tax relief [later delivered by Mr Morrison as prime minister] but with none of the reform,” she said.

“Treasury recommended broadening the base of the income tax system by reducing the Capital Gains Tax discount and work-related expenses as well as reducing tax rates. But they didn’t do the reform part, and we are left in a world where the next government, whichever side of politics it is, is going to have a tax system that is increasingly not fit for purpose”.

Mr McKellar, of the Australian Chamber of Commerce and Industry, said tax reform should be a “national priority” for both major parties.

“The tax mix switch – moving from income taxes to some degree towards more indirect taxes, raising the GST and or broadening the base – it’s not popular, if you ask politicians, they won’t have an appetite,” he said.

“But honestly, it has to be on the table and the longer we fiddle around, delaying and not addressing it, the further it puts us behind in future economic performance.”

Mr Richardson said Australia was about to have a “Seinfeld election over nothing” but there were big issues that should be being debated.