Liberal preselection challenger kicked out of party due to court case

A member of the NSW Liberals’ state executive who launched a legal challenge over the preselection process has been kicked out of the party.

Matthew Camenzuli, who was preparing to go to the High Court over a federal intervention in the state’s drawn-out selection of candidates for the federal election, was expelled from the party on Wednesday due to the legal battle on the eve of the campaign. 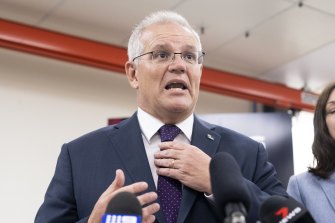 Prime Minister Scott Morrison was facing a court challenge to his bid to overrule preselections in the NSW Liberals.Credit:Rhett Wyman

A spokesman for the party would not comment, declining to discuss internal party matters. However, according to multiple party sources who spoke on the condition of anonymity, Mr Camenzuli was told to leave because he had allegedly breached Liberal Party rules relevant to damaging the party’s chances at re-election.

Sources close to Mr Camenzuli said he would appeal the decision but would not comment due to party rules prohibiting members from discussing internal matters.

Prime Minister Scott Morrison was leading a push to install candidates in multiple seats and bypass local preselections, causing controversy within the NSW Liberal Party. Many members have blamed Mr Morrison and his key ally Alex Hawke for delaying preselections until it was late enough to justify intervention.