Who needs a Burn Book when you have Andy Cohen and Instagram? In any case, Lindsay Lohan is taking the kill-her-with-kindness route when it comes to frenemy Paris Hilton.

The 32-year-old Mean Girls actress and the 38-year-old heiress and former reality star used to hang out and party together on and off from 2004 to 2012. But they have also feuded on and off since 2006, most recently this month when Hilton appeared on Watch What Happens Live With Andy Cohen and called Lohan, “Beyond,” “Lame” and “Embarrassing.”

The actress’ rep later told Us Weekly, “Obviously, Paris needs to feel relevant and is desperate for attention.” On Friday night, Lohan responded to Hilton’s comments herself with a couple of Instagram posts. One of them contained a black and white photo of the two looking happy while hanging out together at the Happy Birthday Marilyn Monroe auction in Los Angeles in 2005. Lohan tagged Cohen in the pic.

Lohan also started following Hilton on Instagram. It is unclear if she ever had before. 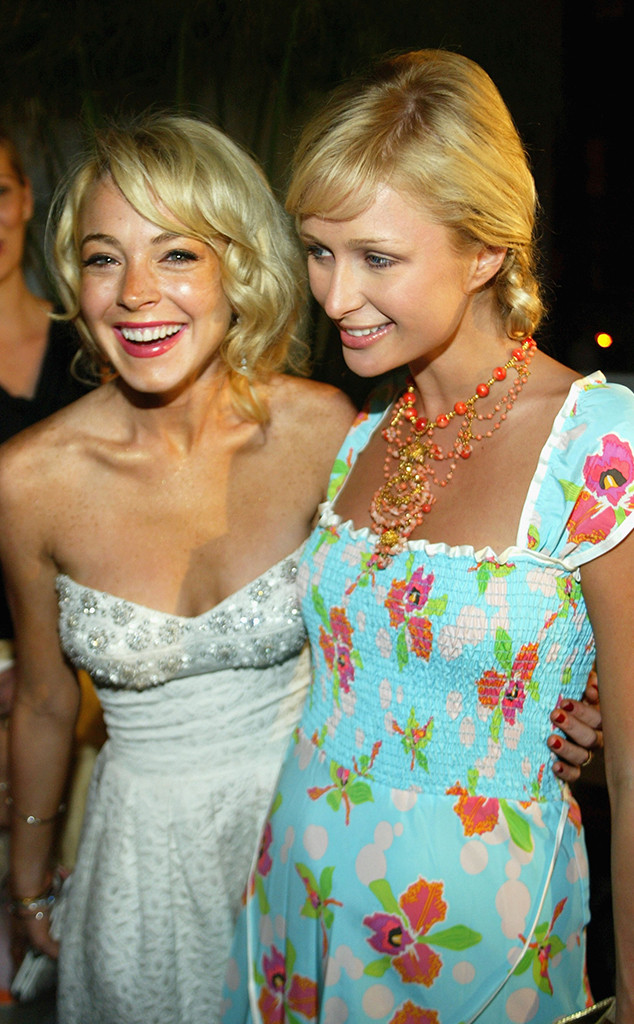 Another pic, with Lohan has since deleted, showed the actress with Hilton’s sister Nicky Hilton Rothschild in 2011. She captioned it with a butterfly.

Lohan and Paris’ bad blood was first made public in 2006, when paparazzi filmed the heiress laughing as her friend, Brandon Davis, famously branded the actress a “fire crotch.” Lohan later allegedly called Hilton the C-word on-camera, then denied saying it. During a night out with Hilton and Britney Spears, Lohan and the heiress appeared chummy when confronted together by the paparazzi.

In 2017, Lohan took to Twitter to call on “#nicegirls” Spears, Hilton and Beyoncé to attend her birthday bash on the Greek island of Myonos, where she has her own beach club.

Later in 2017, Hilton seemed to reignite her feud with Lohan after she was asked about their 2006 night out with Spears.

“It was just Brit and I out, and then she just, like, chased us to the car and got in,” Hilton said. “She wasn’t invited.”

Last July, a video of three paparazzi clips showcasing her and Lohan’s ’00s feud was posted on Instagram on a Hilton fan account. Hilton commented on the post, writing “#PathologicalLiar,” along with a laughing emoji.

When asked about her comment, Hilton told E! News at the time, “Just saying a fact. Fact of life.”

In January, Lohan was asked about her relationship with Hilton on Andy Cohen‘s Radio Andy show on Sirius XM. She declined to talk about her.

How far will the women’s feud go? The limit does not exist…