Home » Lifestyle » Love Could Be Joe’s Nemesis In ‘You’ Season 3, According To Penn Badgley

Love Could Be Joe’s Nemesis In ‘You’ Season 3, According To Penn Badgley Leave it to You to tell the most twisted, bloody love story imaginable. The psychosexual drama’s second season saw Joe Goldberg chasing after a woman literally named Love (on-the-nose, much?), but it sounds like a potential follow-up season could see a massive shift in their relationship. In an interview with TVLine, Penn Badgley teased that Love could be Joe’s nemesis in You Season 3, so get ready for some Mr. & Mrs. Smith vibes if Netflix picks up a third season.

Spoiler alert: This post contains spoilers from the Season 2 finale of You. Although the new season ended with Joe and Love moving to a house in the suburbs together to raise their future child, the very last moment of the season teased that Joe was not done with his obsessive-stalking ways. As he walked toward the fence in his backyard, Joe said "Hello, you" to yet another woman doomed to become his next fixation. There are tons of theories about who this mystery woman could be — is it yet another enticing new woman, or is it possibly Joe’s mom? — but whatever the case, it’s clear that Joe’s relationship with Love will be super rocky in a potential third season.

This shouldn’t come as a huge surprise, especially given that Joe almost killed Love in the Season 2 finale after she revealed she murdered Delilah in an attempt to protect Joe. The only thing that stopped Joe was Love revealing that she’s pregnant. After hearing that, Joe resigned himself to try to work things out with Love, even though his feelings for her had clearly changed. 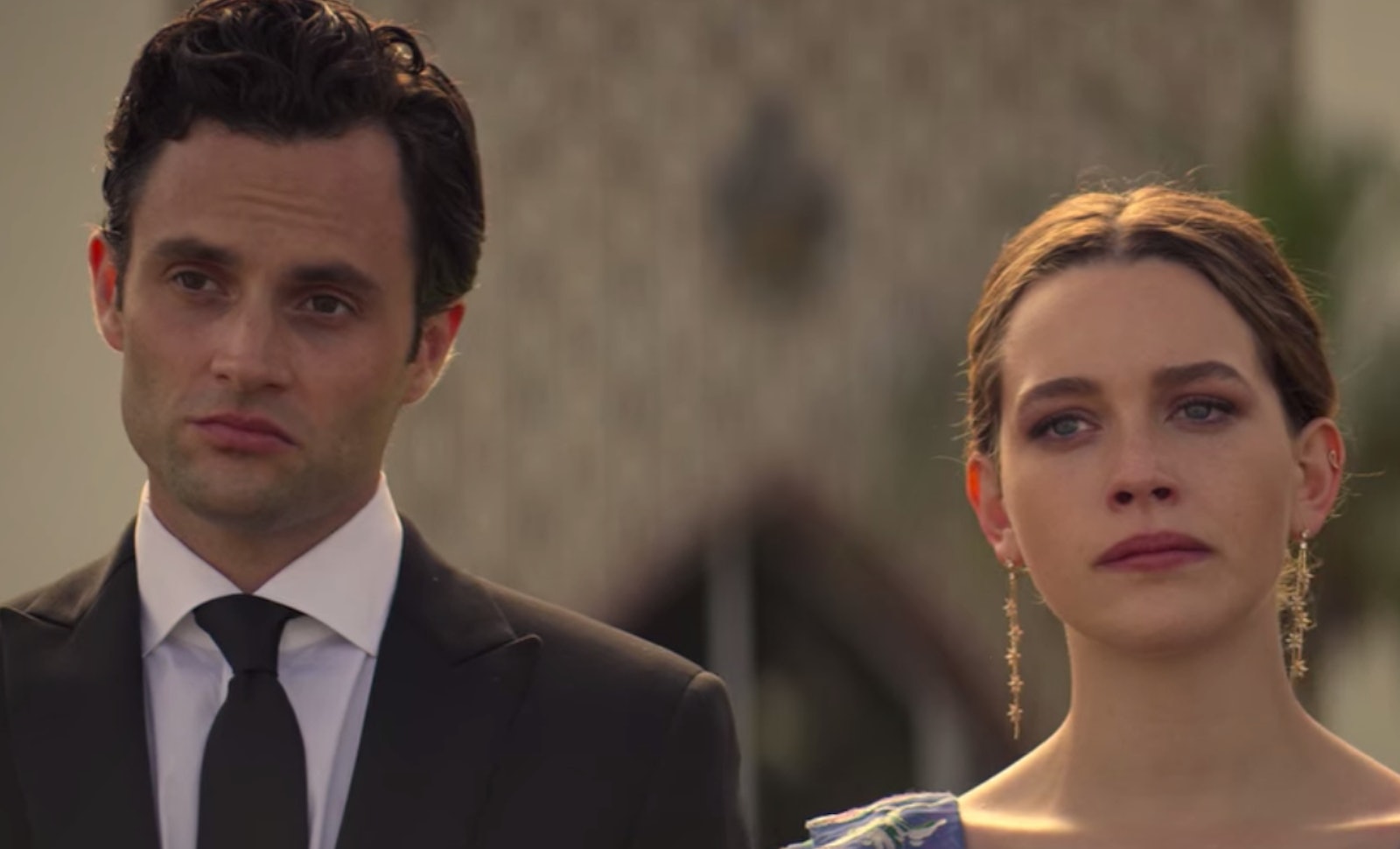 Judging from Badgely’s statements, the tension between Joe and Love will only become more pronounced and even aggressive in a potential third season — he even said they would become arch nemeses for one another.

Seeing as Joe has finally met his match and he’s not interested in making a real relationship work with her anymore, it would make sense that his and Love’s relationship may go from love to hate in a new season… especially if Joe starts spending too much time with this mysterious neighbor. And since fans know that both Joe and Love are very comfortable with killing people they think deserve to die, the couple becoming nemeses could very quickly lead to some lethal attacks on one another. So much for that quiet life starting a family in the suburbs, huh?

As of right now, Netflix has yet to pick up a third season of You, but given that Season 2 cliffhanger, the fact that Caroline Kepnes is working on more You books, and Badgely kind of letting it slip that more You is in the works, Season 3 should get officially announced soon enough.