Mariah Carey must defend against some of brother’s defamation claims: judge

The Queen of Christmas got her holidays — and phone contacts — mixed up.

Mariah Carey shared that she accidentally texted an inside joke to Shawn Mendes instead of her cousin Shawn McDonald.

“My cousin Shawn M and I have this silly joke where we tell each other Happy Thanksgiving on St. Patrick’s Day ☘️,” the chart-topping diva, 52, tweeted Friday.

“@ShawnMendes found out about it today.. sorry Shawn!! 😂,” she added.

Carey included a screenshot of her hilarious exchange with Mendes, whom she texted, “Happy thanksgiving 🍁!!!!” at 7:24 p.m. Thursday.

Promptly realizing her mistake, she wrote in a second message, “Wrong Shawn. Sorry. Also, I do realize it is NOT Thanksgiving. Haha.”

The “Wonder” singer, 23, had a good laugh over the erroneous text, to which he responded, “hahahaha that’s okay i figured it was an inside joke ❤️❤️.” 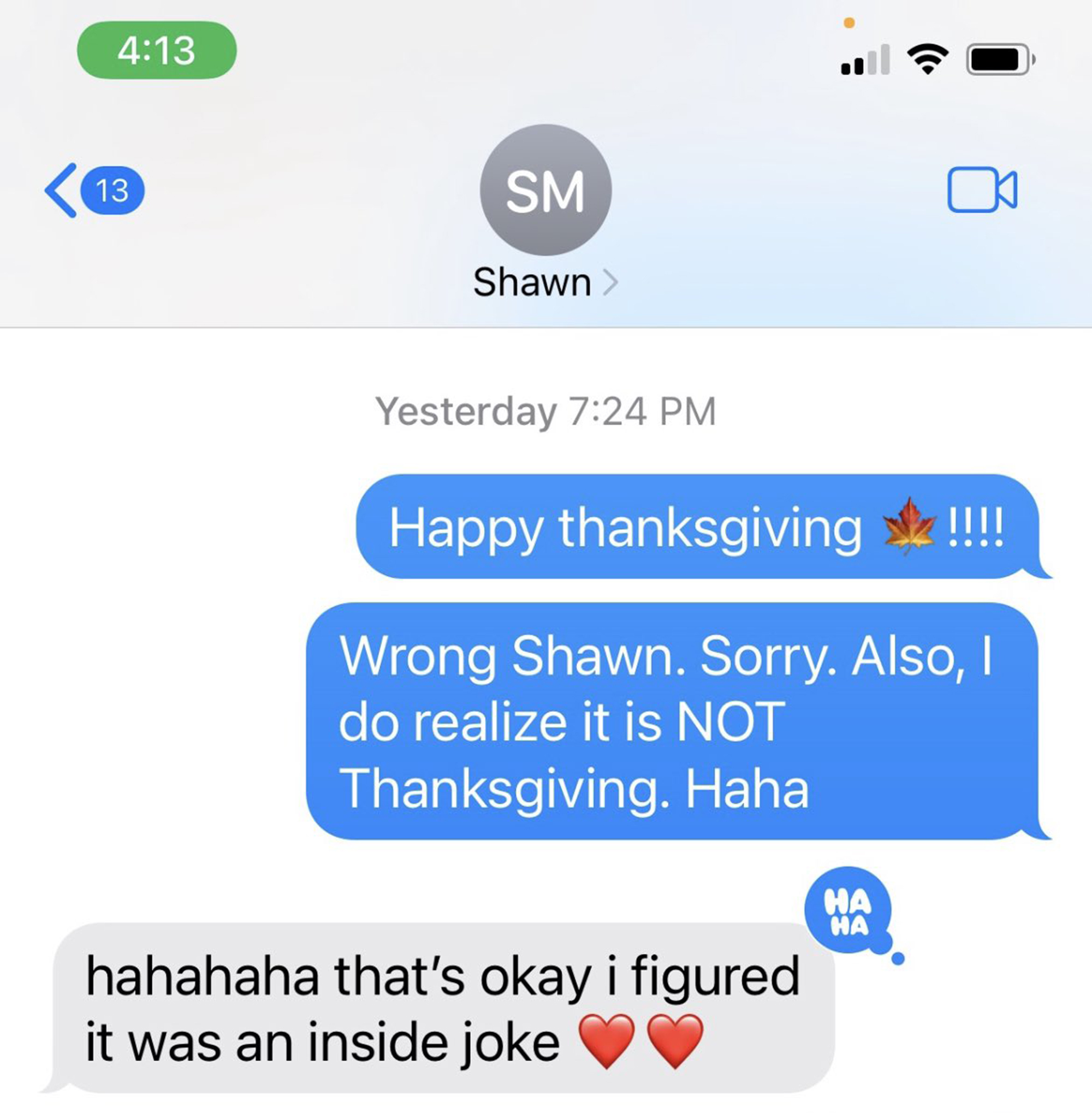 While it is unclear why Carey has Mendes’ phone number to begin with, this is not the first time the unexpected duo have made headlines.

In January 2021, the Canadian crooner shared a photo to Instagram of himself shirtless with his arms outstretched in a grassy field. 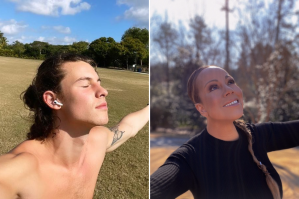 Fingers crossed that Carey will cover “There’s Nothing Holdin’ Me Back” next.