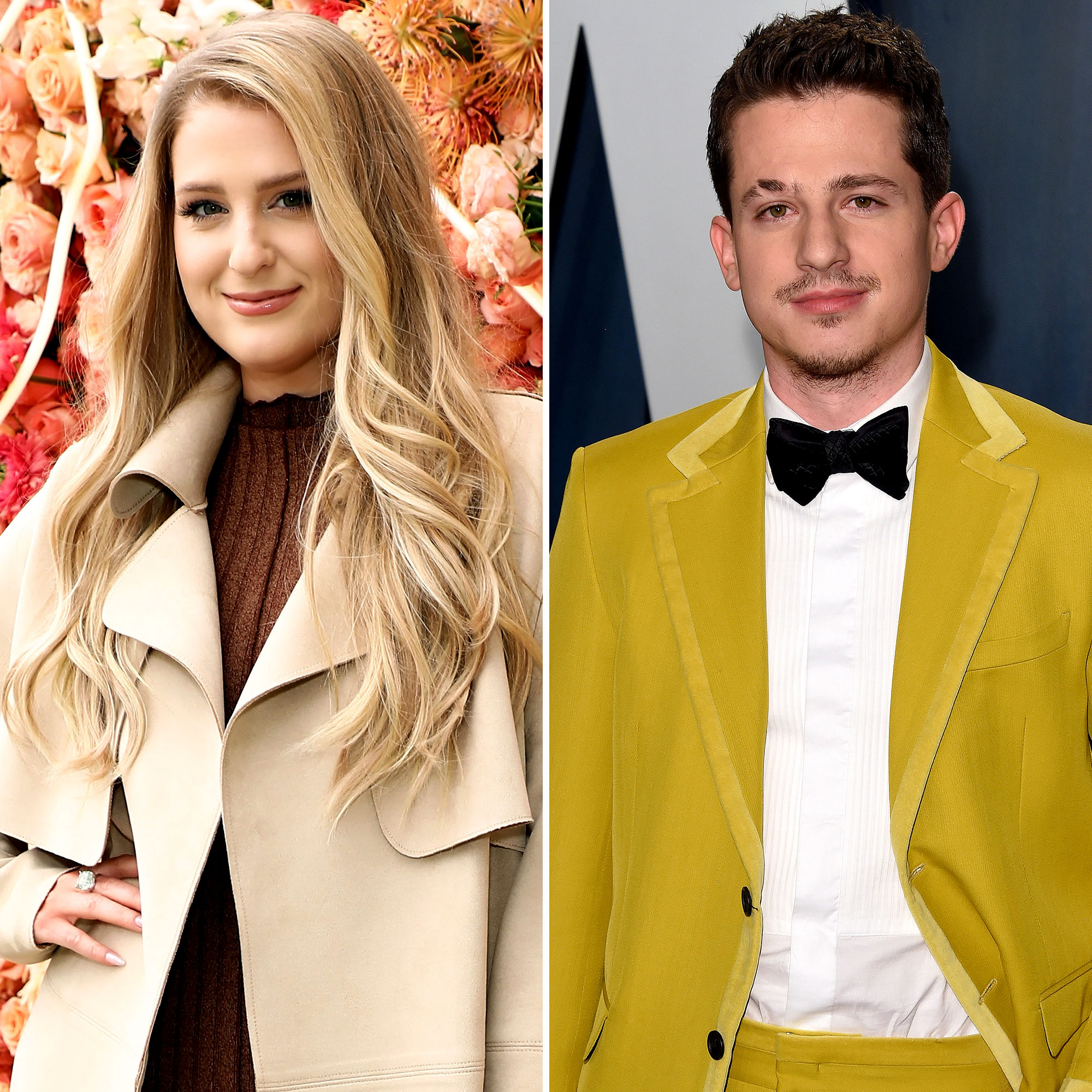 The “Me Too” singer, 28, compared three major moments from the early days of her career while taking part in a TikTok trend on Tuesday, August 30. While the first two memories — her debut single “All About That Bass” reaching No. 1 in 2014 and her Best New Artist win at the 2016 Grammys — inspired Trainor to dance, the third one got a decidedly less enthusiastic reaction. 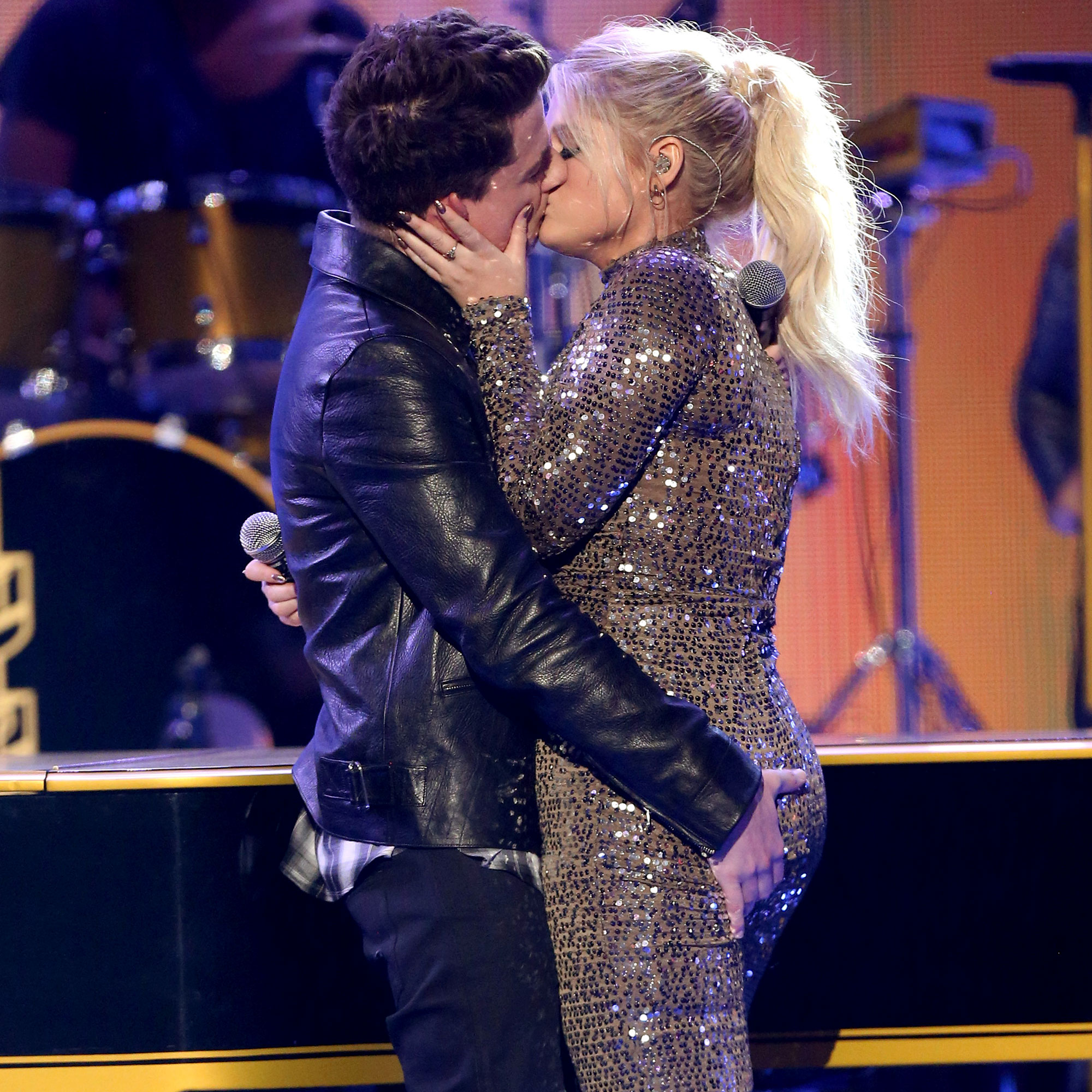 “Making the decision to kiss Charlie Puth on national television in 2015,” she wrote across the screen, while standing still and pulling a funny face at the camera. “It was a wild 3 years.”

Trainor and Puth, 30, made headlines when they concluded their 2015 AMAs performance of their duet, “Marvin Gaye” with a steamy makeout session on stage. The lip-lock sparked rumors that the pair were in a relationship, which the “See You Again” singer swiftly debunked in a November 2015 interview with Us Weekly. “We’re best friends!” he said at the time. “That’s another person I can relate to and I ask for advice with everything. We’re really great friends and that’s never going to change.”

Puth added that Trainor was the one who thought of the kiss, which she seemingly confirmed with her TikTok video. “It was Meghan’s [idea], actually,” he told Us after the awards show. “That was all planned. When I wrote ‘Marvin Gaye,’ the original intention was to make a record that people could just dance to and fall in love to or have sex to immediately upon hearing it.”

He continued: “It kind of ties the whole performance together, me locking lips with M. Train.”

That fateful PDA isn’t the only live TV moment that Trainor looks back on with regret. In February 2020, the “Nice to Meet Ya” songstress revealed that she was having a “mental breakdown” and “panic attacks on live television” while announcing the 2017 Grammy nominations.

“I was reading the nominees for the Grammys the year after I won and I was shaking and I was like, ‘Please don’t collapse on TV right now. We’re live,’” she told Zane Lowe while reflecting on the stressful December 2016 experience. “And as soon as they were like, ‘Cut,’ I fell and started scream-crying and couldn’t breathe. And later, they took me away.”

Explaining that the pressures of her demanding career had begun taking a toll on her mental health, Trainor continued, “I was supposed to do more work and they were like, ‘We’re done. This is it.’ … My mind was like, ‘No, I’ll keep going. I’ll keep going.’ And my body was like, ‘Bye.’ And my body had to tell me, instead of me being able to take a break. The saddest thing is, like, your whole team is in the hospital with you, like, ‘Everything’s gonna be OK.’ And … you cannot speak. I was alone with my thoughts for way too long and I blew up. I freaked out and I freaked out for a long time.”

The Massachusetts native has credited her husband, Daryl Sabara, and her family with helping her through her struggles with anxiety and depression. “Daryl helped me a lot on being positive and meditating,” Trainor told Shondaland in January 2019. “And now I have a different perspective on everything. I realize I have a great job. We’re always like, ‘Don’t forget how awesome life can be!’”