The South Australian government has amended a border policy that would have seen inner-city Melbourne residents banned from entering the state because of outdated demographic data.

Premier Steven Marshall confirmed on Friday that his government had acted on concerns that its policy of only allowing travellers from local government areas with a full vaccination rate over 80 per cent to enter without quarantining would unfairly apply to the cities of Melbourne and Yarra. 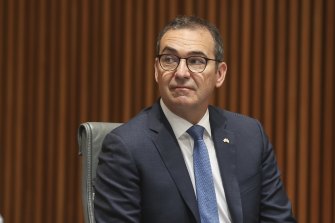 South Australian Premier Steven Marshall said everyone from Victoria and NSW except Byron Shire could enter from Tuesday.Credit:Alex Ellinghausen

In those areas, an exodus of international students and migrants since the start of the COVID-19 pandemic has significantly reduced the population.

Yet the federal government has been using population data from 2019 to assess vaccination levels, resulting in official figures that underestimated vaccine uptake.

Families were concerned they would be unable to visit unwell relatives in South Australia due to the rule, which Mr Marshall acknowledged on Friday ahead of his state’s border opening on Tuesday.

“This has caused enormous frustration for people who haven’t been sure regarding whether they can come in from next Tuesday or not,” the Premier said.

“The good news is that’s all been clarified now, and as of next Tuesday we are good to go.”

Fully vaccinated visitors from all local government areas in Victoria and NSW will be allowed to enter South Australia, with one exception – people from the Byron Bay shire who are still excluded as their area has not hit the 80 per cent threshold.

Victorian Health Minister Martin Foley revealed on Thursday that work with a demographer had confirmed the City of Melbourne’s full vaccination rate was in fact 86.6 per cent, a drastic increase on the official federal government assessment of 71.8 per cent. He said Yarra would surpass 80 per cent in the coming days.

State MP for Melbourne Ellen Sandell said she was thrilled that her lobbying had helped resolve the “ridiculous situation” for her constituents. 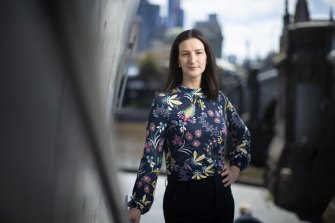 “City of Melbourne residents have done it so tough during the pandemic and a data anomaly locking them out of South Australia was the last thing they needed,” she said.

“We have been advocating tirelessly for our true vaccinated rates to be recognised,” she said.

West Melbourne resident Kristen Battistella was overjoyed that her husband Michael will be allowed to fly to Adelaide to visit his unwell mother as planned next Friday. 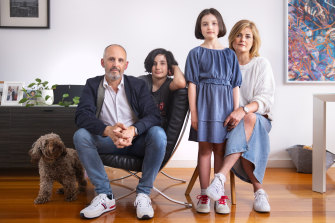 The Battistella family will now be able to visit a sick family member in Adelaide thanks to the shift.Credit:Simon Schluter

Loretta Battistella, 73, has cancer in her hip, shoulder, lungs and liver and will soon begin a second round of chemotherapy.

Kristen said she would also visit Adelaide with her two daughters in mid-December.

“After so much worry I was crying different tears today, it’s beyond ridiculous how happy we are,” she said.