MILK has been named the item most likely to go off in the nation’s fridges – with a third caught out by an unwanted sour scent in their cereal or tea.

A study of 2,000 Brits revealed 33 per cent believe milk is the item in their home most often thrown away because the bottle or carton has gone beyond its best. 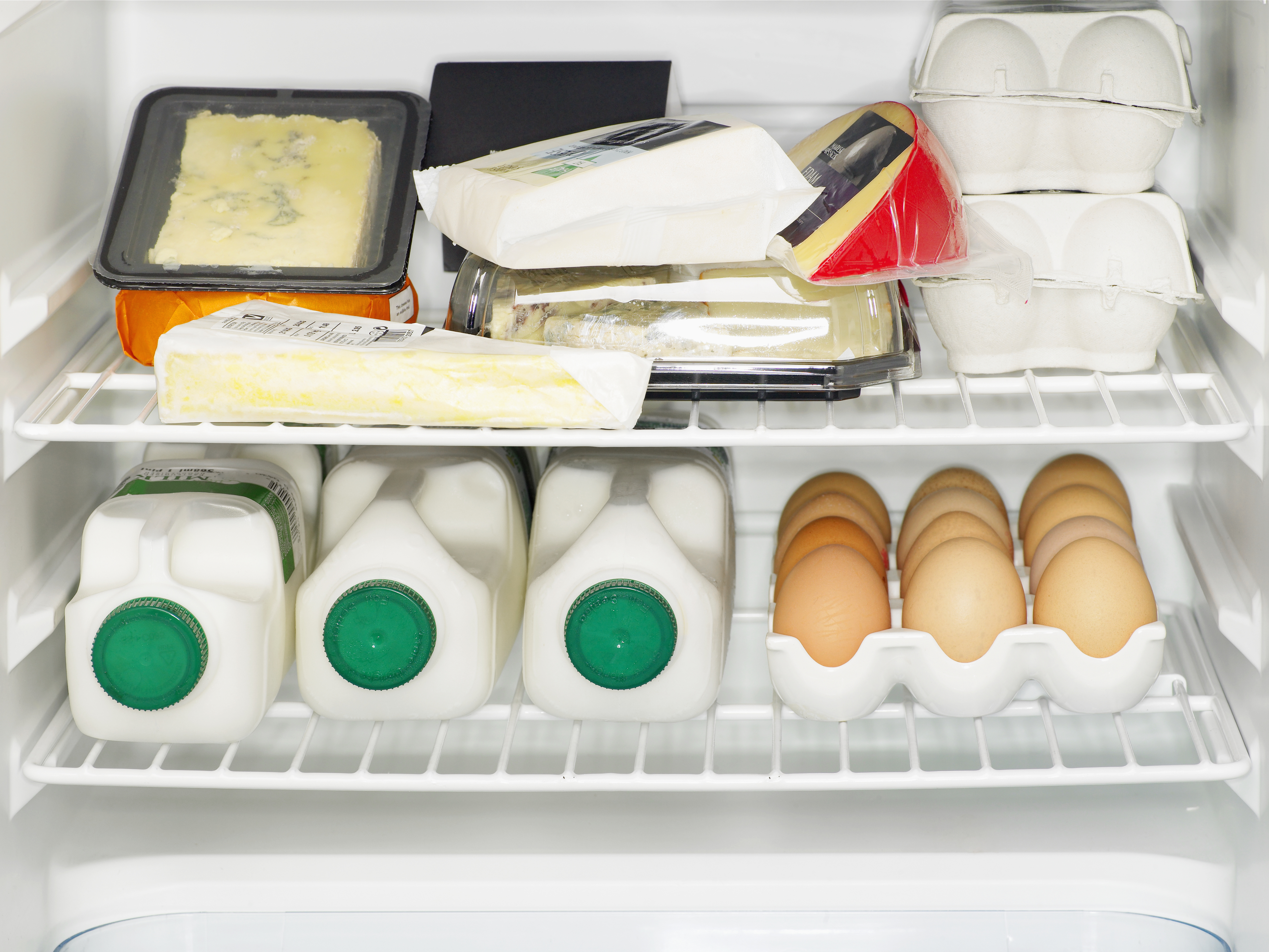 Other dairy products such as yogurt, butter and cheese were also highlighted as products likely to overstay their welcome in the fridge before going in the bin.

It also emerged that of the £61 the average Brit spends each week on food and drink, nearly £9 of it will end up in the bin after going out of date.

Divya Chopra, CEO, Noluma, which commissioned the research, said: “With each Brit throwing away an estimated £500 a year in out-of-date food as a result of inadequate packaging or storage, it is clear the issue has significant financial implications.

“This can be reduced through consumer education, protection from indoor light damage, and better packaging. " 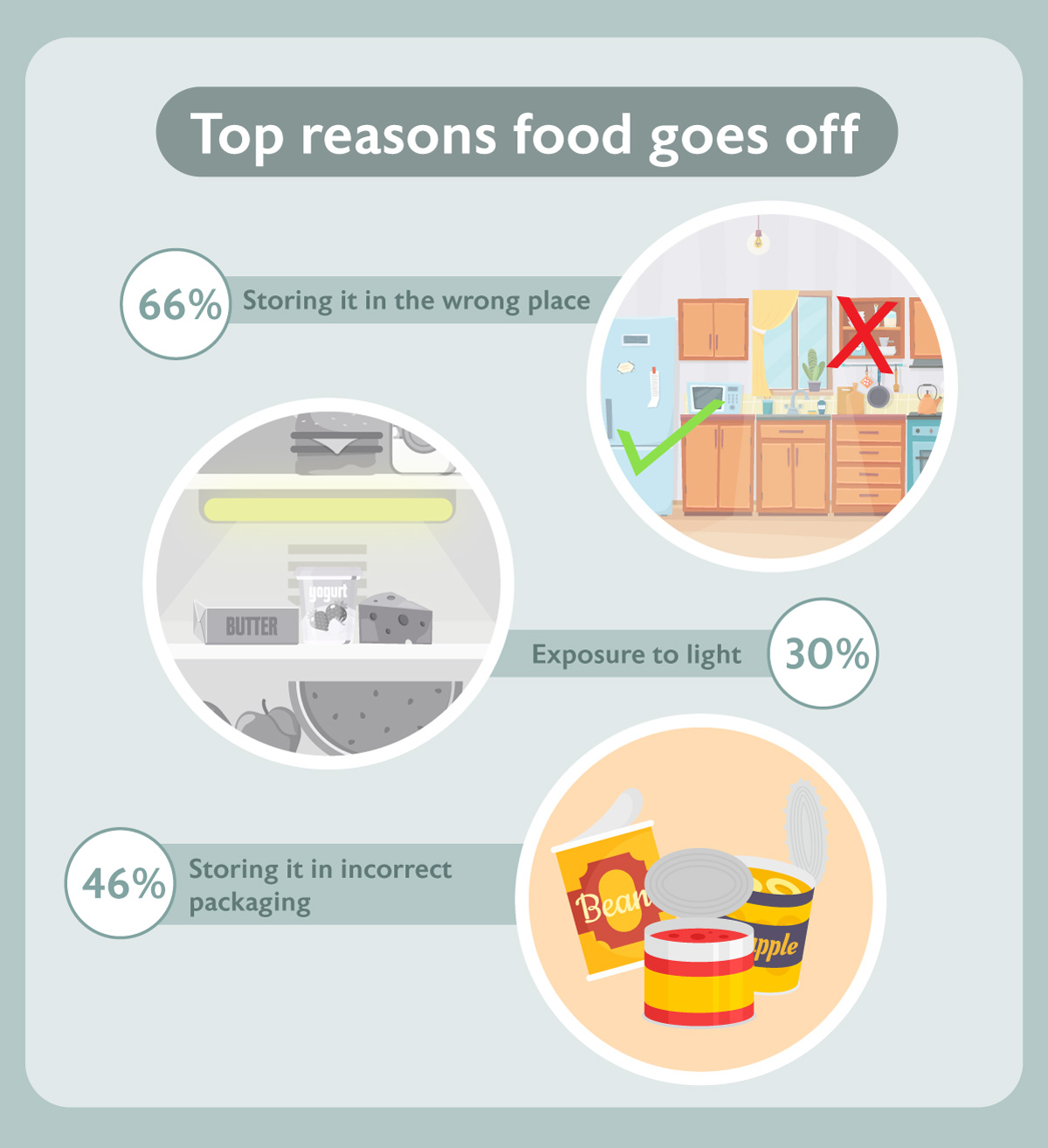 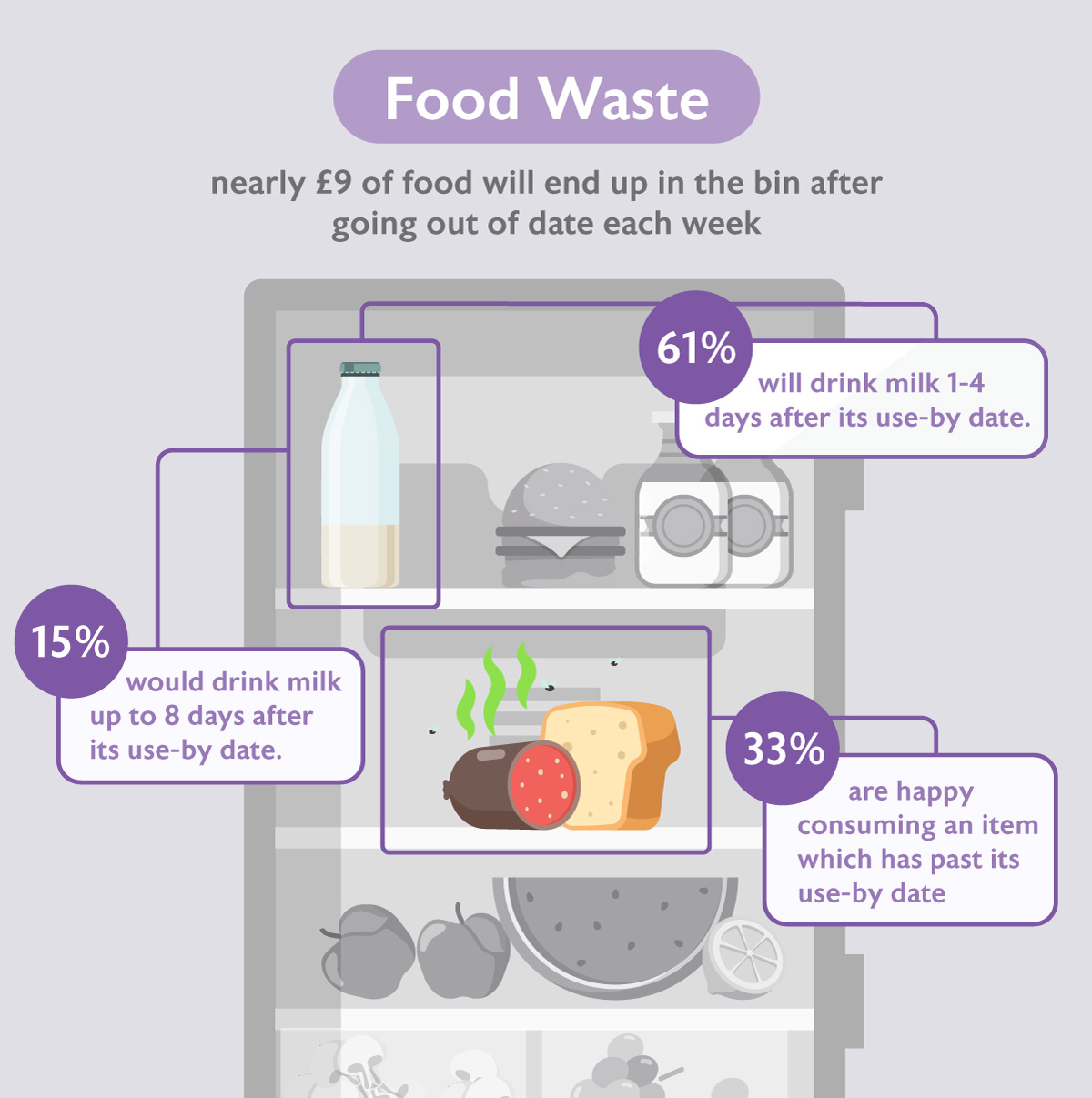 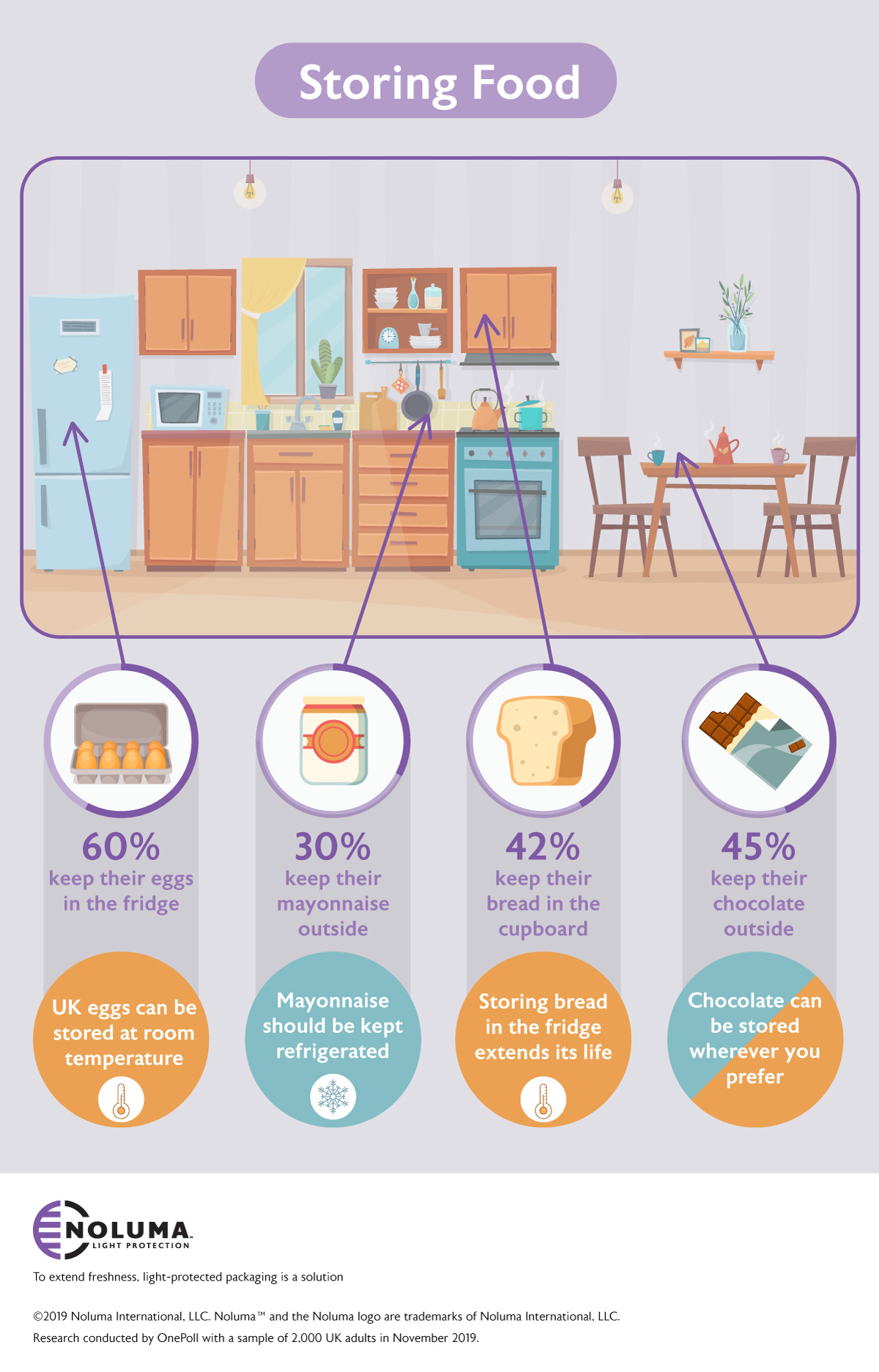 The study also found one in five Brits are happy consuming an item which has passed its use-by date, and more than a third willing to risk a bite on a product past its best-before date.

Those polled believe cheese is safe to eat 10 days on from its use-by, and that milk has a grace period of five days beyond the marked date.

A pot of yogurt is still deemed good to go six days after its time has come, while Brits believe biscuits, soft drinks and condiments are all safe to consume for a further two weeks.

When it comes to correct food storage, three in five think the rightful home of a carton of eggs is in the fridge, while one in seven will opt to store them in the cupboard or on the side.

But more than a third prefer their chocolate treats refrigerated, compared to 45 per cent who demand their confectionery at room temperature.

Here's how to cut the cost of your grocery shop

SAVING on your shop can make a big difference to your wallet. Here are some tips from Hannah Maundrell, editor of Money.co.uk, about how you can cut the cost of your shopping bills:

When it comes to bread, 42 per cent leave their loaf to its own devices in the cupboard, and one in four keep it on the worktop or side.

And three in 10 Brits flirt with disaster by keeping their mayonnaise outside of a refrigerated environment.

Storing food in the wrong place was identified as the reason an item is most likely to go off before its time, followed by exposure to heat and being stored in damaged or open packaging.

Although more than two thirds were unaware that exposure to a light source can cause certain foods and packaging to deteriorate at a faster rate.

And only one in 10 Brits quizzed, via OnePoll, identified light-protected packaging as an effective way to keep products fresh up to their use-by date.

Chopra added: “We think Brits should also be made aware of some of the other factors which can lead their favourite foods and beverages to sour before they can be used, such as the surprising impact of indoor light on certain products, including LED, fluorescent and refrigerator lights.

“Correct storage and light-protected packaging is important, to prevent foods from going off sooner than we expect.

“Certification of light-protection is the only way for consumers to be assured that the produce they are buying is being light-protected by the highest industry standards.”

Did you know that there are some foods that you can eat beyond their use-by dates?

Most of the dates on food have nothing to do with safety and there is just one of the dates you need to be really concerned with.

Not knowing the difference between use by and sell by dates is part of the reason British households throw away £470 of food each year.