Morgan Wallen has experienced a lifetime’s worth of ups and downs over the past year.

On the upside: with just one album to his name, the country artist notched four consecutive number-one singles — “Up Down,” “Whiskey Glasses,” “Chasin’ You” and “More Than My Hometown”; counted 3 billion on-demand streams; won numerous country music awards, and made a slew of TV appearances.

But then there’s the downside. The 27-year-old from Sneedville, Tenn., was arrested in May in Nashville for public intoxication and disorderly conduct, and in October, after videos surfaced of him partying at a bar in Tuscaloosa, Ala., celebrating a college football victory — maskless and kissing women — he was uninvited to perform the next week on “Saturday Night Live.” His life was also altered in July when his ex-fiancée gave birth to a son, Indigo Wilder.

If nothing else, this roller-coaster ride that Wallen has been on since signing with Big Loud Records in 2016 has provided plenty of material for his latest album. In fact, Wallen said he wrote the title cut “after I got into a little bit of trouble — almost as a letter to myself. We added a love interest to make it more relatable, but if you listen to it and think about me teaching myself a lesson.” 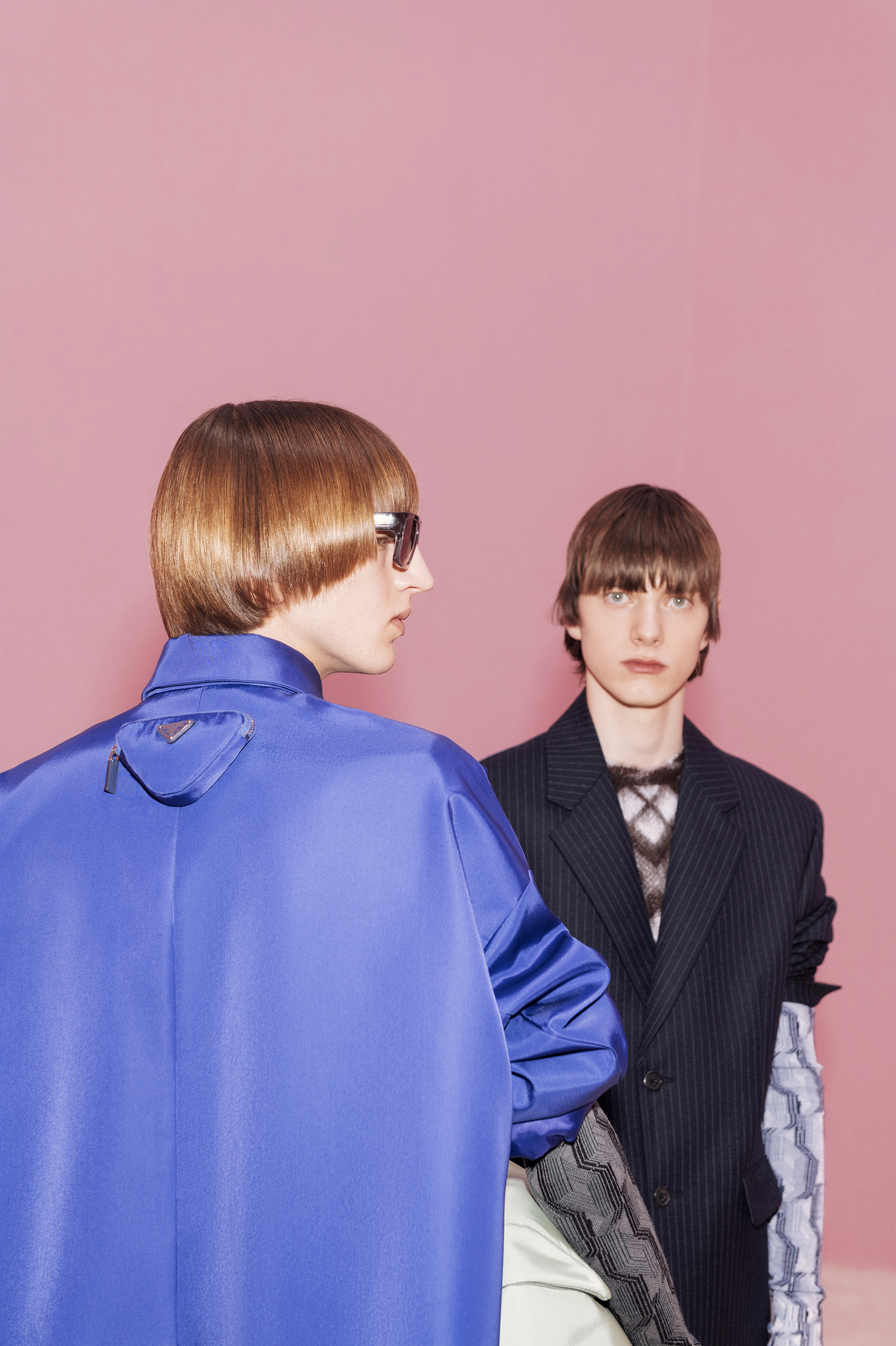 He credits his family and his team with helping him get through the tough times and learn from his missteps.

“Luckily I have a really good team around me,” he says. “They’ve been unbelievable supporting me through everything — good and bad. I don’t know I would have handled it without their help. There have been real highs and real lows and I’ve tried to learn and figure out what made me feel low and what got me to those high moments as well. That’s helped a lot — being more aware and more focused on what’s going on. I’ve been known to float through life sometimes and [I learned I just] need to be more intentional.” 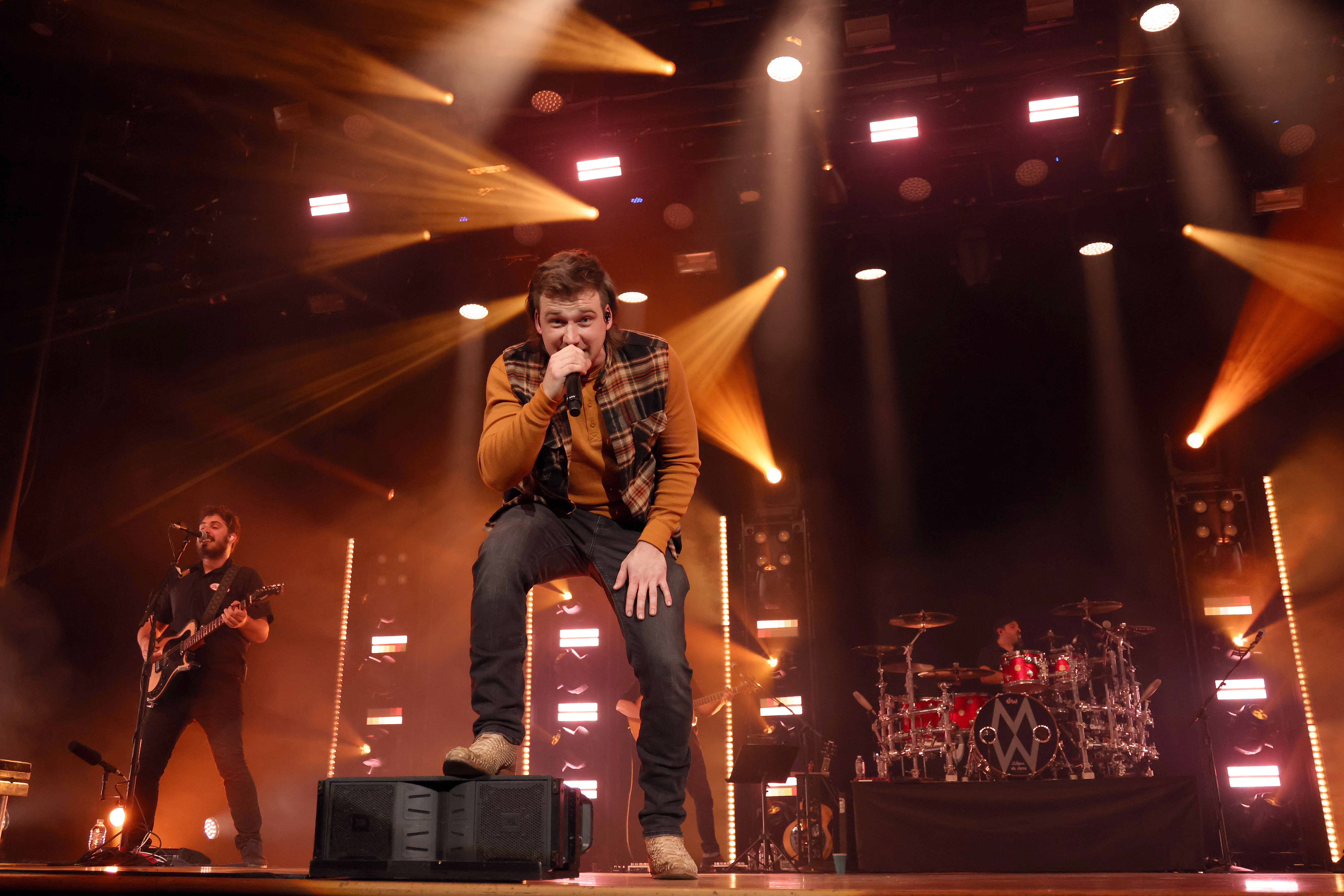 Finding a silver lining in adversity also holds true for his attitude regarding the pandemic. Before COVID-19 brought touring and live music to a screeching halt, Wallen had just begun his third headlining tour after wrapping up his support on Luke Combs’ “Beer Never Broke My Heart” tour. He’s also opened for Luke Bryan, Florida Georgia Line, Jake Owen and others.

And the plan had been to tour extensively to promote “Dangerous” — until lockdown.

“I used to be able to gauge how things were going by being out on the road when we were playing bigger rooms or opening for other acts and seeing if those people knew my songs,” he says. “That was a good way for me to have a grasp on how things were going. This year, I didn’t have that.”

But right before quarantine, Wallen says, he “began to feel momentum really, really building and I could feel things start to shift to a whole other level. As terrible as quarantine has been, it’s also been very beneficial to my career. I don’t know all this stuff would have happened otherwise. It’s been pretty wild.”

In fact, the pandemic also led to the idea of a double album. “Before quarantine, I had probably 20 songs I thought were worthy of being recorded and we started messing around with the idea [of a double album]. But I didn’t think I’d have enough time to make something like that happen. But once quarantine happened, I started thinking, maybe this is something that is achievable. I wrote four or five songs at the beginning of quarantine and once you get to 25, you can see it’s something that’s possible. Eventually we decided on 30 — 32 with the exclusives. I thought each song was unique and kind of helped me tell my story. And it seems like people are really hungry for music right now so it seemed a good time to do this.”

Among his favorites on the album is the opening tune, “Sand in My Boots,” which showcases his little-known piano-playing skills. Other top picks are “Rednecks, Red Letters, Red Dirt,” which he said transports him back to his hometown, and “Wasted on You,” where they “experimented with the production.”

Wallen has 16 writing credits on the album, which include collaborations with Chris Stapleton as well as fellow songwriter Ben Burgess, whom he describes as one of his closest friends and who is trying to break out as an artist. “I know for a fact, his talents are good enough to make it happen. The song, “Outlaw,” that he’s featured on seemed a perfect one. I just wanted to do my part to introduce him to the world.”

FGL did the same for him when he was starting out, appearing on “Up Down,” which Wallen said helped “get my foot in the door with radio.” 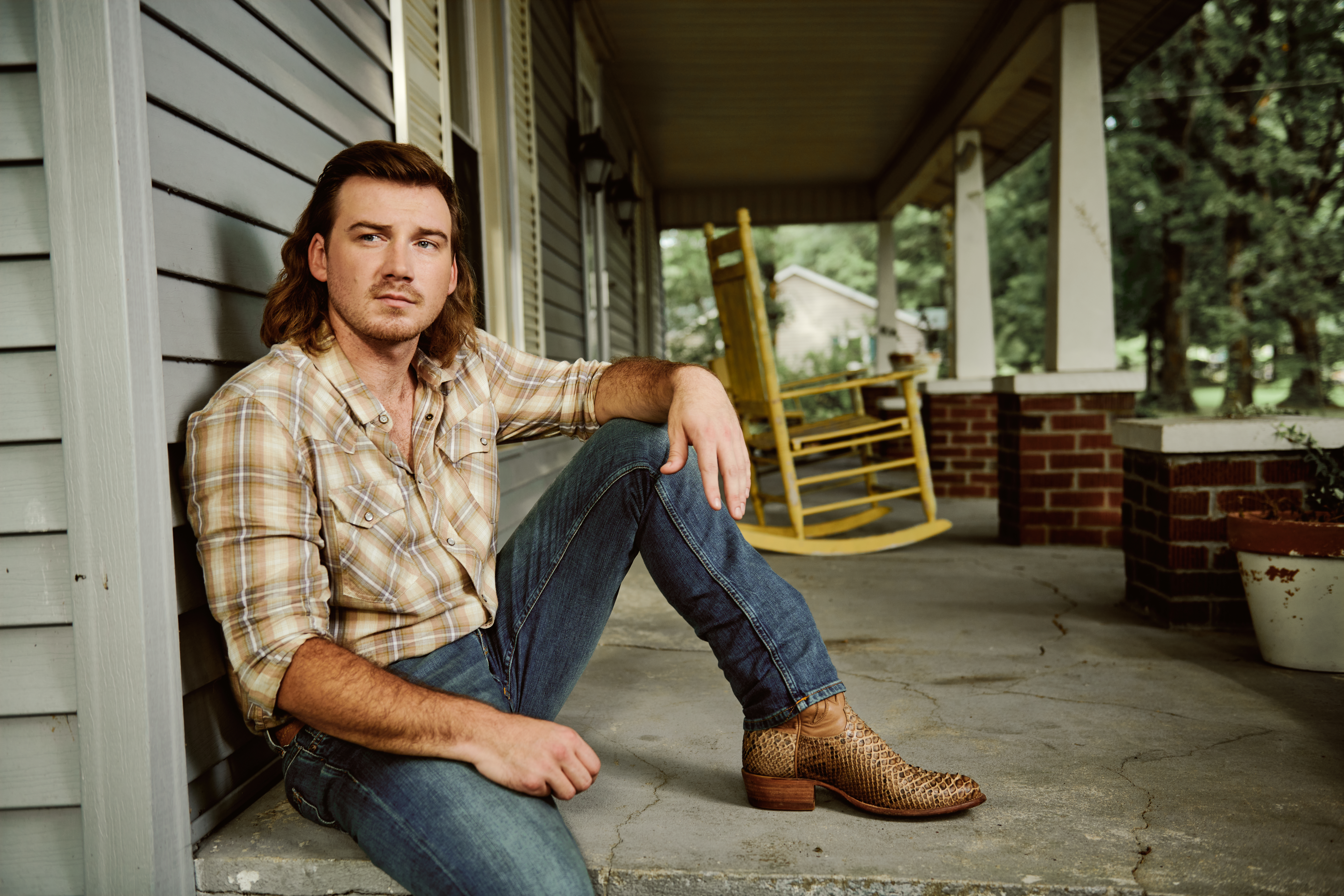 The Sneedville, Tenn., native was a songwriter on half of the songs on his new album.

Although he enjoys songwriting, however, it can’t compare to performing. “I don’t like to just go into a room and not have something in my heart to say. I don’t want songwriting to feel like a task. But it’s hard to replace that energy when you’re on stage. I feel very connected to my fans. And it’s another place for me to get away. It’s one of the only places in the world where nothing else is on my mind.”

It’s a good thing the music industry worked out because Wallen’s first dream of becoming a professional baseball player ended early when he sustained a career-ending injury. Even so, Wallen can still hurl a ball, as he showcased in the video for “7 Summers.” Both that video and the one for “More Than My Hometown” were more mini-movies than traditional videos, and Wallen said it’s been a “blast” dabbling in acting and he’d like to do more in the future. He also appeared in a skit on “SNL” during his rescheduled appearance, parodying his Tuscaloosa debacle alongside Jason Bateman, Pete Davidson and Bowen Yang.

“A lot of things were said about that situation and I wanted to prove myself worthy of the opportunity,” Wallen says. “And that skit really helped that. For a lot of people, that was their introduction to me: getting kicked off of ‘SNL.’ I didn’t want that to be their impression of me because I don’t think that’s who I am as a person. I try to be respectful, I try to do the best I can and I think I have a good heart. I wanted to prove myself to be more than those headlines.”

His appearance on “SNL” also showcased his unique personal style — he’s singlehandedly brought back the mullet. Wallen laughs, saying he was searching for a look that was different and while thumbing through some old family photos saw his father had a mullet at his wedding. “I’m very similar to my dad in actions and looks, and I thought it looked good, so I said, ‘I’m going to give this a shot’ — much to the disdain of my record label at the time. It just stuck and took on a life of its own.” 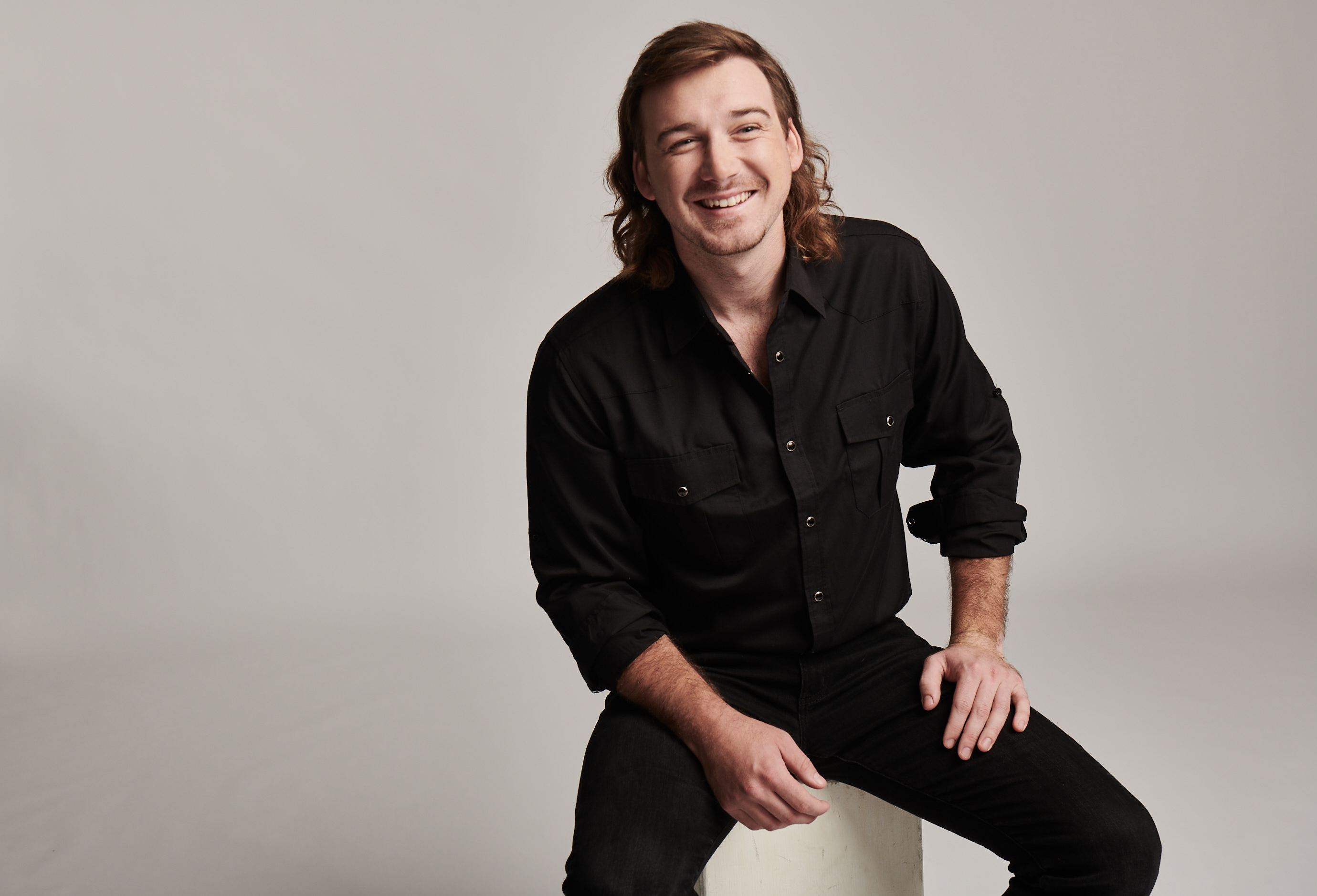 Morgan Wallen has a lot to smile about these days.

In terms of fashion, Wallen says he’s “a pretty simple guy, I don’t get caught up in brands. I wear cut-off flannel quite a bit, that’s usually my go-to. I wear a lot of Wrangler tops and Tecovas boots and for my jeans, I wear anything from Wrangler to Nudie to Tecovas.” He works with a stylist, Amy Georgulis, who has also helped him find some vintage looks to help differentiate him from other entertainers.

His early success sets him apart, too, but even so, Wallen is humble about his future goals. “I just want to be able to do this a long time,” he says. “I feel like I belong here, I feel at ease in this industry and with what I’m doing. I just hope that continues to be the case. Luckily I’ve been able to just say what I want and make sounds that I want and so far, my fans have agreed with me. If we can just stay on the same page for a long time, that would be ideal.”