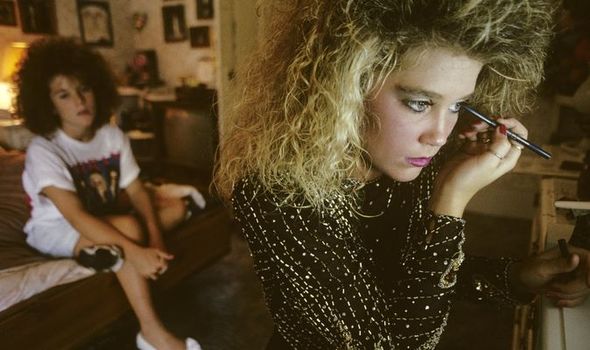 But 63 percent of parents are regularly on the case when it comes to improving their child’s self-confidence, with a quarter looking at ways to help “all the time”.

And the job isn’t lost on nine in ten parents, who see their role in building self-esteem in their kids as critical.

Dr Owen Crotty, speaking on behalf of Align Technology, the makers of Invisalign clear aligners, which commissioned the research, said: “Parents are acutely aware of how important their role is in the confidence of their kids and how their appearance could impact levels of confidence.

“These formative years can be a testing time for many who often focus on their appearance as a reason to feel secure, especially as they experience huge changes to their smiles as their teeth move and grow with them during this time.

“However, it’s great to see parents are recognising the significance of their role and pulling out all the stops to boost their teenager’s confidence, giving them all they need to be happy, healthy and confident as they grow up.”

The study also found parents will try to put a smile on their teen’s face by generally just getting them to have a laugh, take them out somewhere like the cinema or a theme park – or even just watching a funny movie together.

More than four in ten will also indulge in one of their interests with them to help them smile, while 84 percent are determined to help their child’s self-confidence, in whatever way they can.

Showing them they’re loved, encouraging them frequently and regularly giving reassurance were emotional ways parents want to big up self-esteem.

Other things to impact young people’s confidence include how others perceive them, comments or criticism from others – and the behaviour of other young people around them.

But seven in ten also said their smile affects their self-esteem, with one in five speaking to their parents about teeth-straightening to give them a boost.

Two-thirds of parents thought it is very important to a child’s self-confidence to get their teeth straightened, with 57 percent believing it’s their responsibility to get it sorted.

Although 36 percent didn’t realise how important it was until they were approached by their teenager.

When it comes to parents’ pearls of wisdom with confidence, their primary advice is to keep positive, be confident in your appearance and to not be afraid to speak your mind.

It’s ok to feel how you feel, not being afraid to smile and not listening to other people were other nuggets of advice parents give their kids, according to the OnePoll survey.

A spokesperson from Align Technology added: “The research has shown a lot of confidence in teens is down to their appearance, in particular their smile.

“Though many parents believe it’s their responsibility, something like teeth straightening treatment can become a cornerstone moment in a teen’s life.”

TOP 10 THINGS THAT AFFECT A TEENAGER’S CONFIDENCE – ACCORDING TO THEIR PARENTS: