Mother claims her boyfriend has up to 100 erections a DAY

A woman who claims her boyfriend has up to 100 erections a day said he becomes aroused ‘every single place’ they go.

Vikki Brown, 31, and her partner Lucas Martins, 39, met in Morrisons supermarket in 2020 – and from then on, Vikki claimed there has been ‘no rest’ from his constant arousal.

Whether it’s a restaurant, the gym or just a trip to the shops, Vikki, a healthcare worker from Stoke-on-Trent, claimed her boyfriend is always ready to go – and it’s not always particularly convenient. 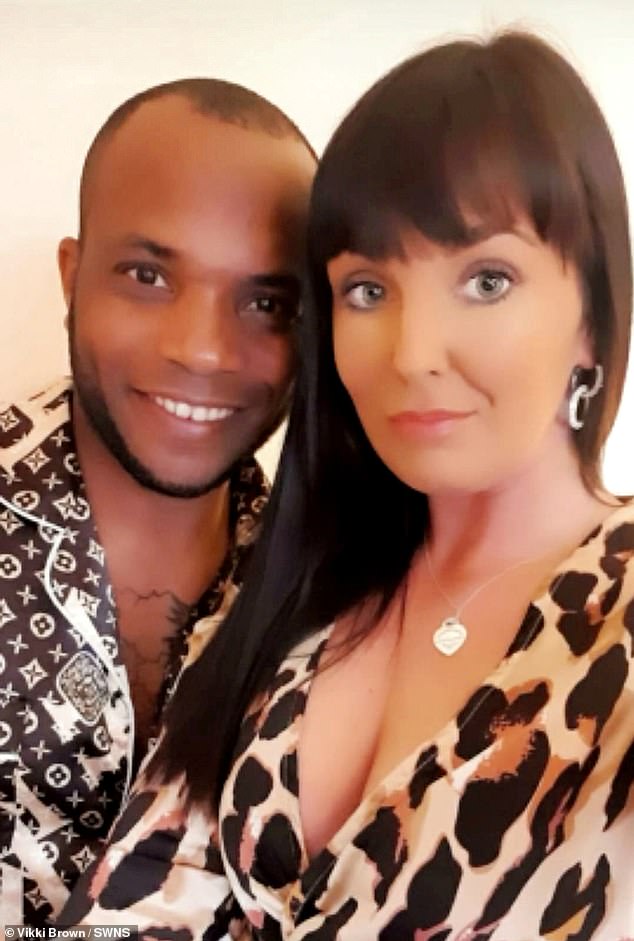 Vikki Brown, 31, and Lucas Martins, 39, have an unusual problem in their relationship in that Lucas can have up to 100 erections a day 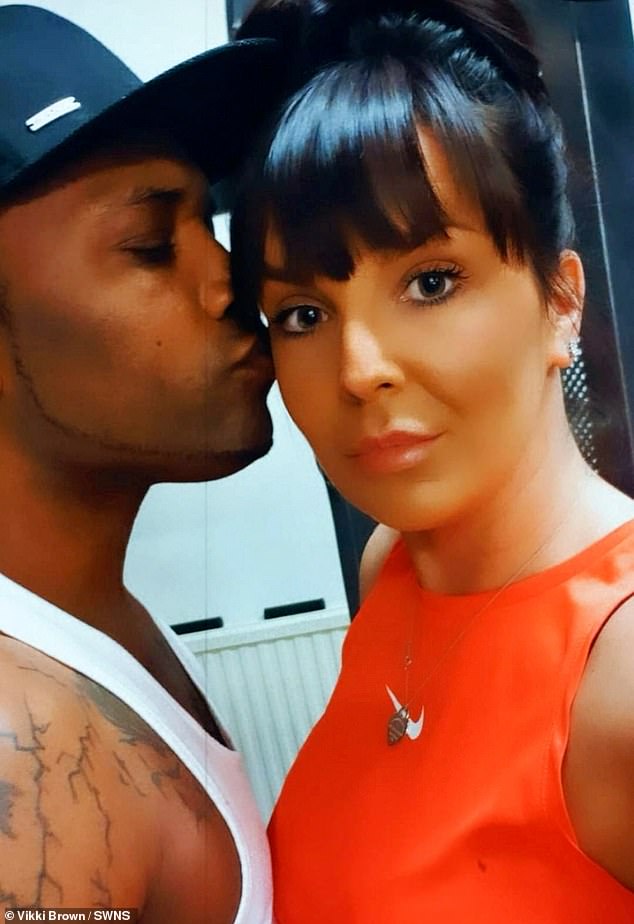 Lucas’s high sex drive can cut into Vikki’s own time, leaving her behind on chores and errands

In fact, the mother said Lucas’s high sex-drive often cuts into her own time and she tends to fall behind on chores and errands.

Vikki said: ‘From the beginning until now, wherever we are he can have an erection, it’s up to fifty to one hundred times a day.

‘We only have to be sat watching a film, walking down the street or going to friends for a coffee and he’s got an erection.

‘Sometimes it’s embarrassing but he just laughs about it.’

Lucas only had eyes for Vikki from the first time they met and he went out of his way to win her over.

Vikki said: ‘We actually met in my favourite childhood supermarket Morrisons – I was in my uniform with wet hair and a mask on and as we were queuing up he walked around the corner with a massive piece of fillet steak in his basket and said, “wow aren’t you beautiful”. 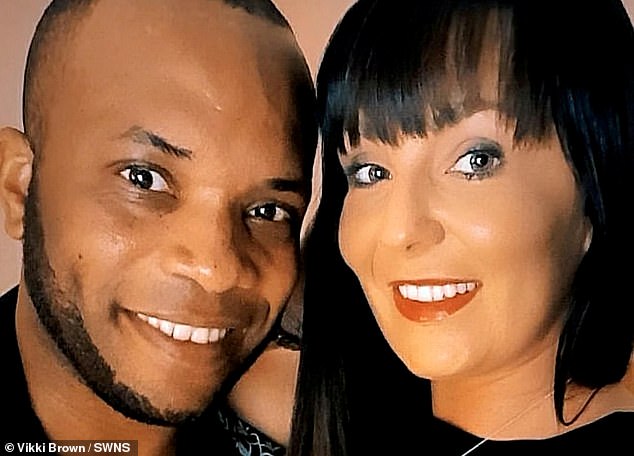 Vikki said she isn’t sure why Lucas has such frequent erections, which can come at any time of day, wherver they are 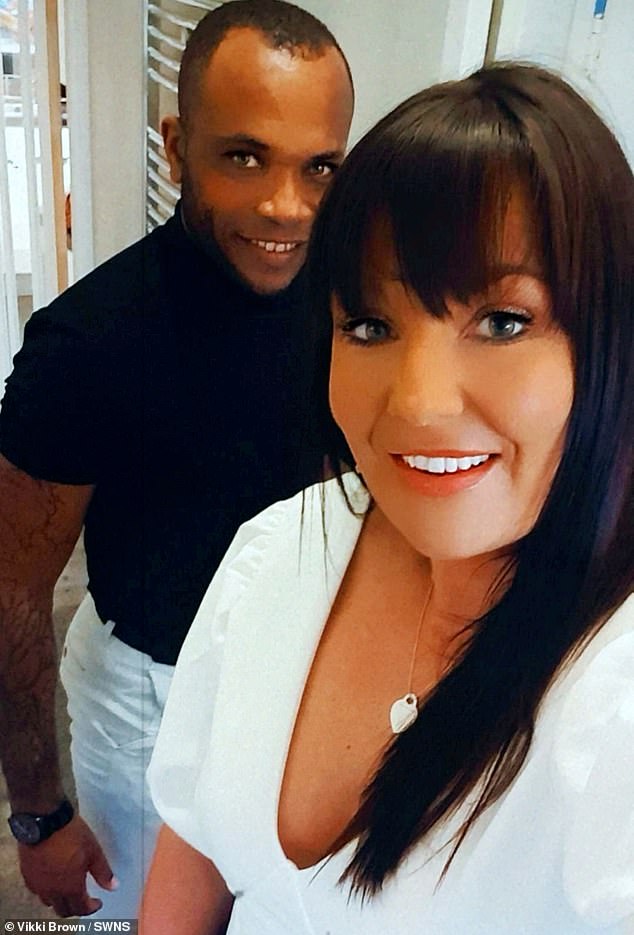 The couple met in Vikki’s favourite childhood supermarket, Morrisons, during the Covid lockdown in 2020 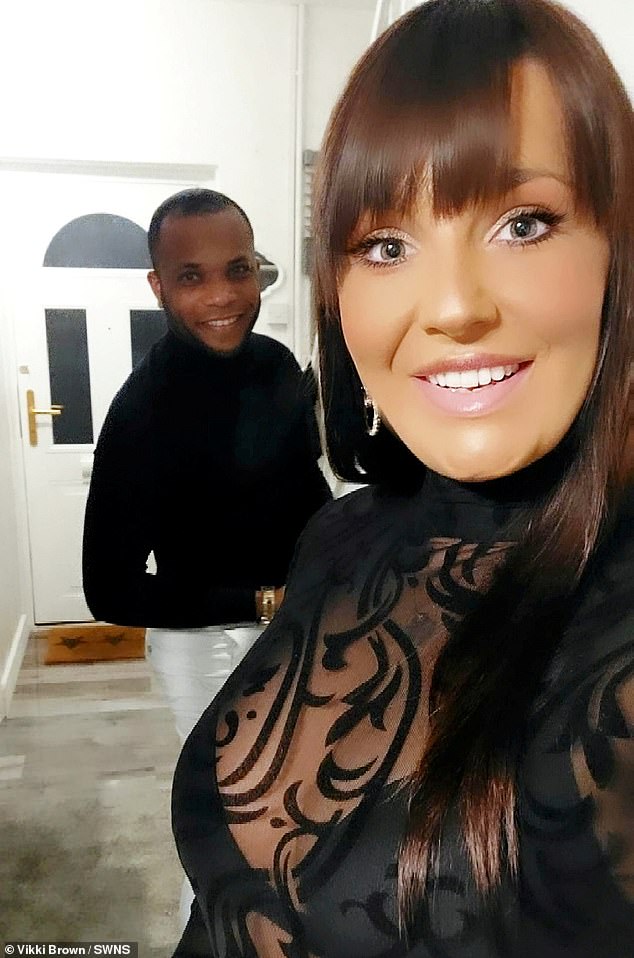 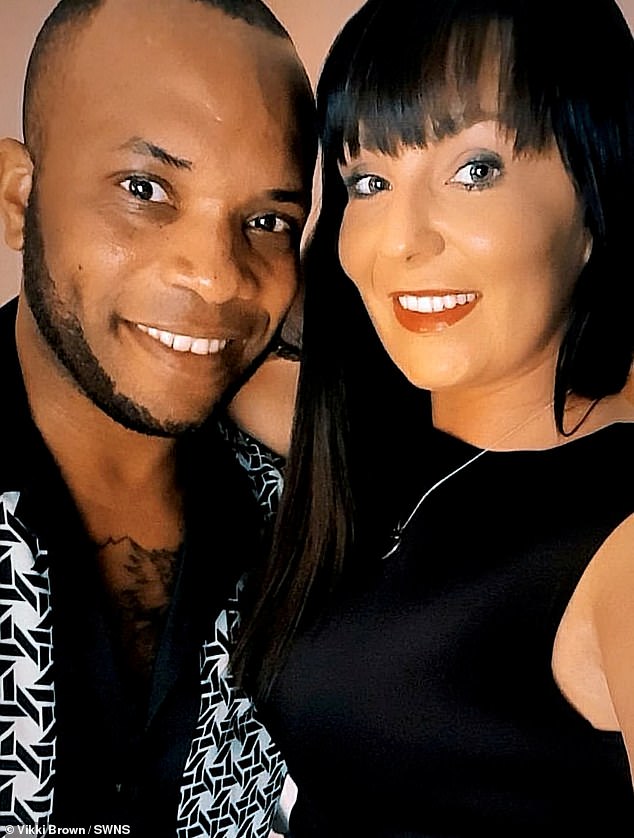 ‘We got speaking and I turned down three coffee dates at the start because I was so happy being on my own – we would never have met unless we bumped into each other in Morrisons.’

Constant and prolonged erections: What is priapism?

Although in this case Lucas has been told his frequent erections are not a medical issue, some men suffer from a health condition called priapism.

The condition causes a prolonged, sometimes painful erection that has nothing to do with sexual stimulation.

Priapism tends to be more common in certain groups – for example, people with sickle cell disease.

There are two types of priapism: ischemic and nonischemic.

Ischemic priapism is considered a medical emergency, as it traps blood in the penis and can stop the flow of oxygen to tissue in the penis. It is usually quite painful.

Nonischemic priapism is usually characterised by a sustained erection that is not painful.

If you think you are suffering from nonischemic priapism, the NHS advises going for a walk, drinking lots of water, taking a warm shower or bath and trying to urinate.

After initially being apprehensive following a break-up with her children’s father several years earlier, Vikki eventually agreed to go out with Lucas and the pair have been in a solid relationship ever since – but she admitted his issue can make things difficult.

‘Through the whole relationship he’s always had an erection – in shops, restaurants, the gym – there’s no rest from it at all and I just wondered if any other couples are the same.

‘In bed it’s the same, he can go to sleep with an erection and wake up with one, even though he does night shifts there’s no change in it at all.

‘It’s every single place we are – we can be having a perfectly normal everyday conversation like “shall we go and climb this mountain next weekend” and he has an erection.’

Despite mentioning the matter to a doctor, Lucas has been told it’s not a medical issue – and says it’s never happened before meeting Vikki.

Although the pair don’t live together, they spend plenty of time with each other, which is enough for Lucas to get excited.

Vikki said: ‘I can come down the stairs and walk past the glass door and be in the next room and it still happens.

‘I’ve spoken to him about it and he’s always believed in good intercourse with his woman and wife-to-be – he says it will bring the relationship closer and I do believe that too, he just wants me all the time.’

Lucas, who works in management, said he thinks his constant erections are ‘natural’ when Vikki is by his side.

He said: ‘I’ve got a wonderful woman next to me – she’s a goddess, she only needs to look at me and speak to me and I get hungry for it.

‘When we first started I said I’m happy with one as long as we get on in all aspects we’ll be fine – and after a year when most couples would die down, months and years go by and we get hungrier for each other.

‘If that pheromone and testosterone just link together correctly, I can easily come to bed and look at Vikki and have an erection, I fall asleep with one and wake up with one.’

He added: ‘To me she is a goddess, she is basically a forbidden fruit and for that reason I just want to eat it.