Nursery worker, 28, who was told she would never conceive after rare leukemia diagnosis welcomes a ‘miracle baby’ after she fell pregnant months after her chemotherapy ended

A mother has shared how a shock cancer diagnosis left her fearing she would never have children – after doctors told her at just 26 that she may not ever be able to conceive.

Rhianna McKenna, 28, from Welling, in Kent, was given the devastating diagnosis on 13 May 2020 – at the start of the first lockdown – just six days after starting treatment for suspected tonsillitis, which actually turned out to be symptoms of cancer.

The nursery worker had experienced painful headaches and swollen lymph nodes for a month but had no idea that these were signs of aggressive acute promyelocytic leukemia, which is cancer of the blood and bone marrow, taking over her body. 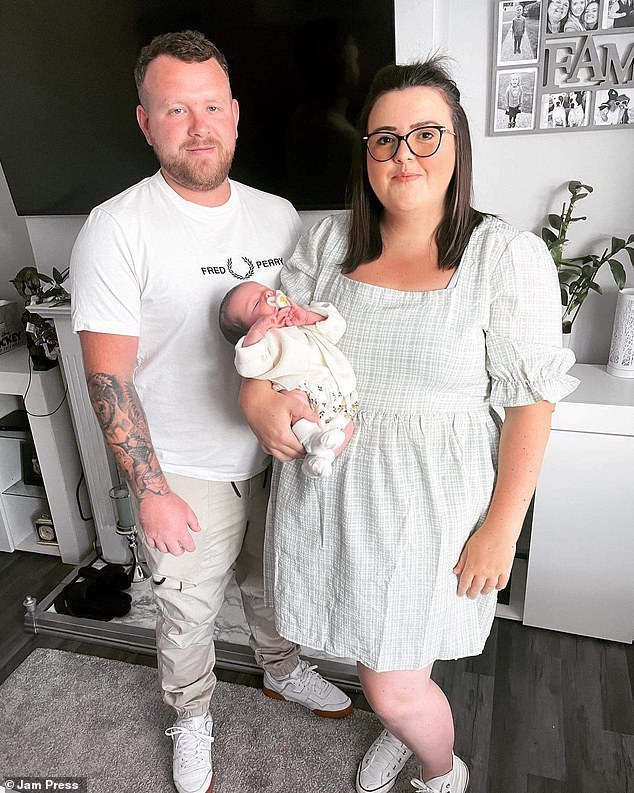 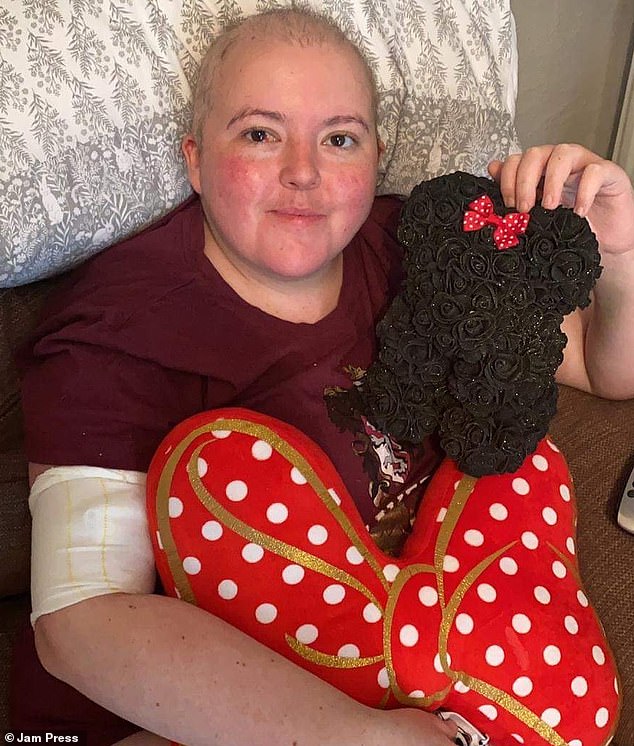 Rhianna pictured in June 2020 on her first day back home following treatment for aggressive acute promyelocytic leukemia, which is cancer of the blood and bone marrow 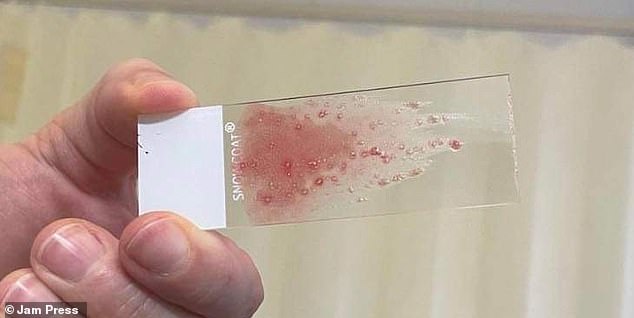 A sample of the bone marrow from Rhianna’s biopsy, showing the cell changes caused by cancer 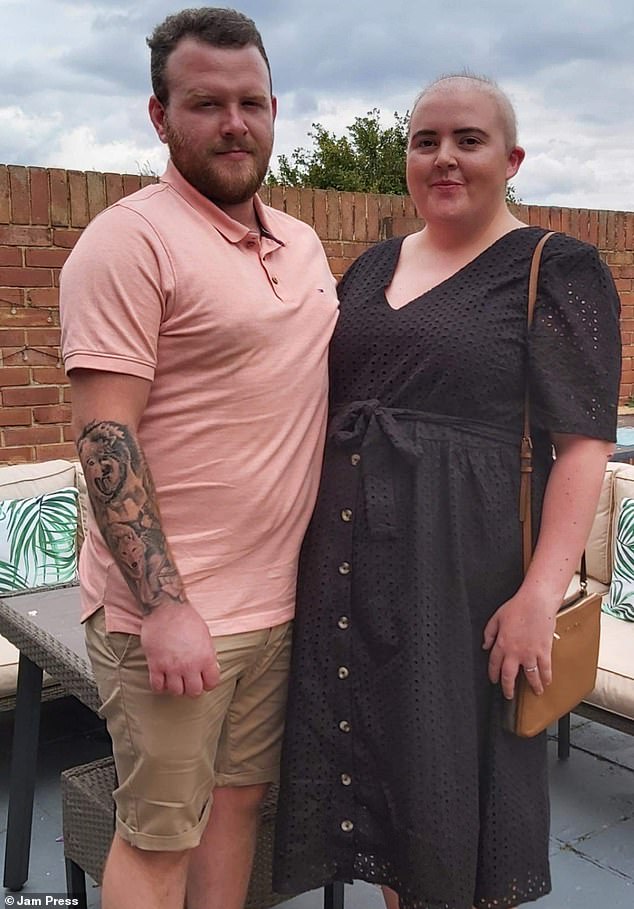 Soon, her sight also became impaired and she was told by medics she would never be a mother, new that devastated her.

She said: ‘My heart broke instantly. I remember feeling scared and alone and my biggest fear was dying and leaving behind my partner and family.

‘I also feared that I would never regain any eyesight and would be blind.

‘I became angry at the world. ‘Why me? Why us?’ – I hated the word cancer and I couldn’t believe this was happening to me.

‘I always knew that having chemotherapy could potentially affect our chances of having a child but when we were hit with the reality of it, our hearts broke.

‘Aidan and I so desperately wanted to be parents and the thought of that never happening really affected us emotionally.

‘He was so supportive and promised me we would find a way.’

In the months following her diagnosis Rhianna had to undergo five grueling rounds of chemotherapy, which left her suffering both mentally and physically with constant pain.

Alongside suffering with the side effects of her chemo, Rhianna was also haunted by the knowledge the treatment saving her life was the same one that could prevent her from potentially having children.

Rhianna completed her treatment in January 2021, on her 27th birthday – and was finally declared cancer-free.

With treatment behind her, she was finally able to focus on her recovery and began to try for a baby. 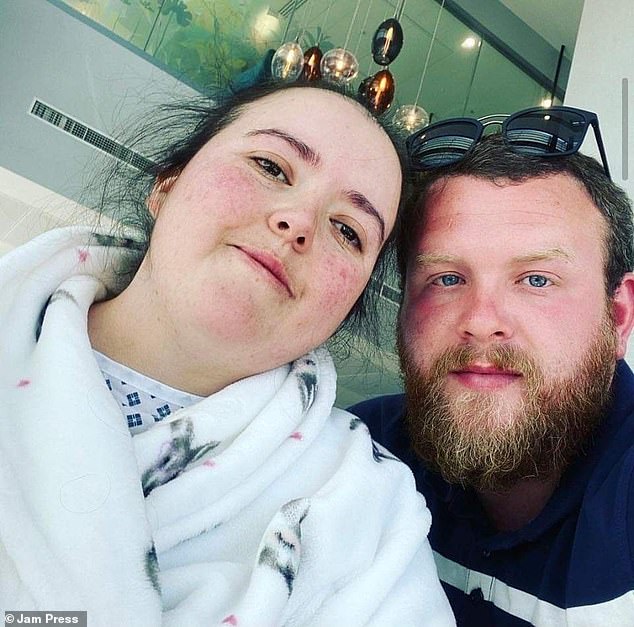 Pictured a few weeks after the cancer diagnosis; the couple were determined to have a child when Rhianna got the all clear but feared they wouldn’t be successful 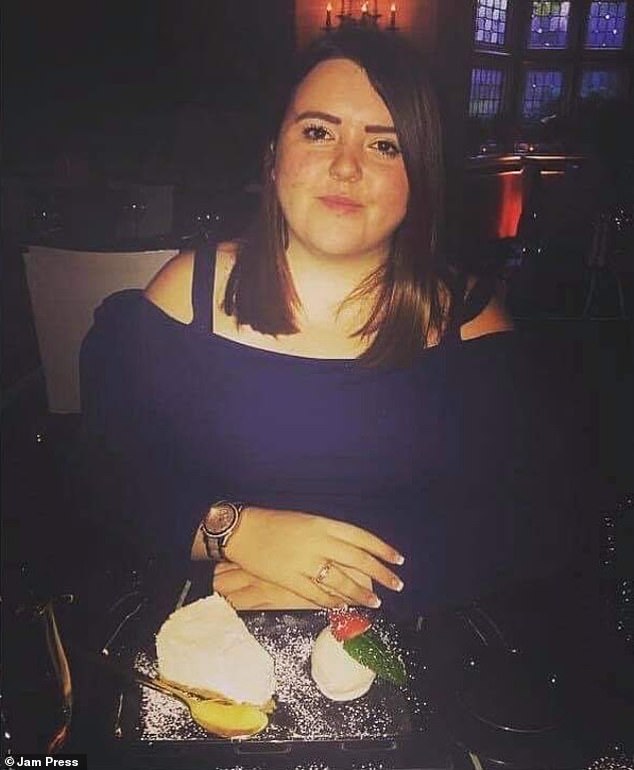 Rhianna prior to her cancer diagnosis on a night out in 2019, she went to the doctor with symptoms of tonsillitis but was told the situation was much more serious 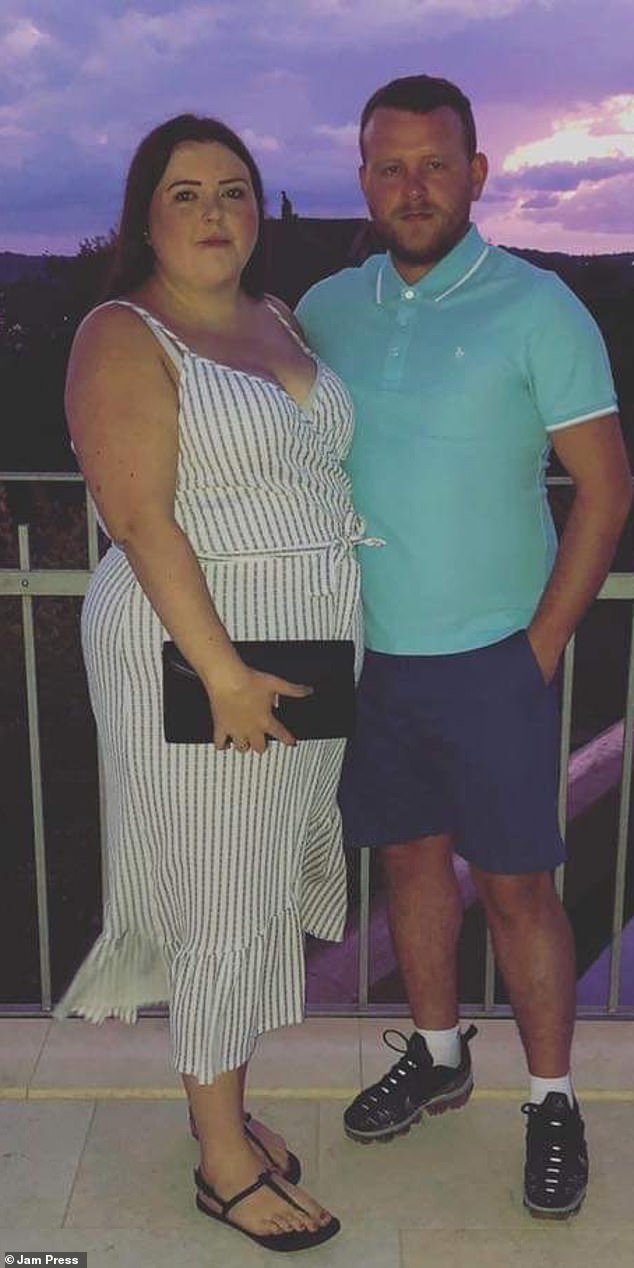 Happier days: The couple on holiday in October 2019 before her cancer diagnosis 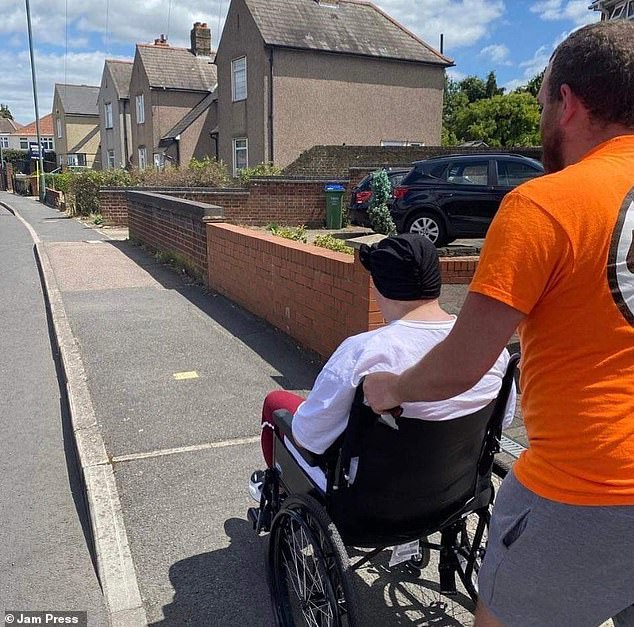 Rhianna in June 2020, seen with husband Aiden. She says she needed a lot of care during chemotherapy and was unable to do a lot of things for herself

Just 10 months later, despite fighting against very low odds – and with doctors having said it wouldn’t happen – the now mother of one found out she was pregnant.

She said: ‘The chemotherapy took a huge toll on my body, I was always exhausted, sore and aching.

‘Of course I had heard about cancer and how awful it is but never in my wildest dreams did I ever imagine that it would be me suffering with it.

‘It took a huge toll on my physical health also, I had to get help to do the simplest of things like going to the toilet, walking a few steps or getting dressed.’

She said: ‘In ‘normal’ circumstances, when being diagnosed with a form of cancer, you would be given the choice of freezing your eggs in order to preserve your eggs for future use.

‘Unfortunately given my circumstances and it being crucial to get me started on chemotherapy straight away in order to save my life I didn’t get that choice. I was devastated.’

The couple started trying for a baby straightaway, as they thought they has ‘nothing to lose’. 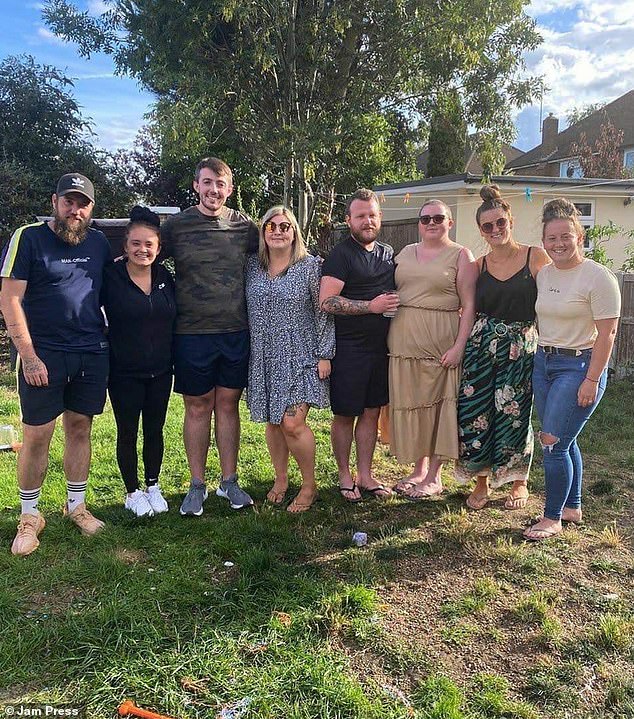 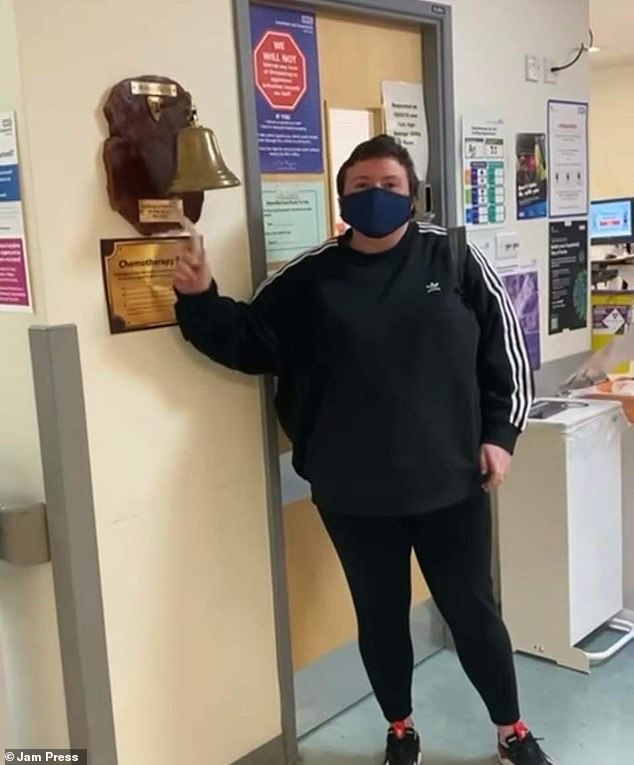 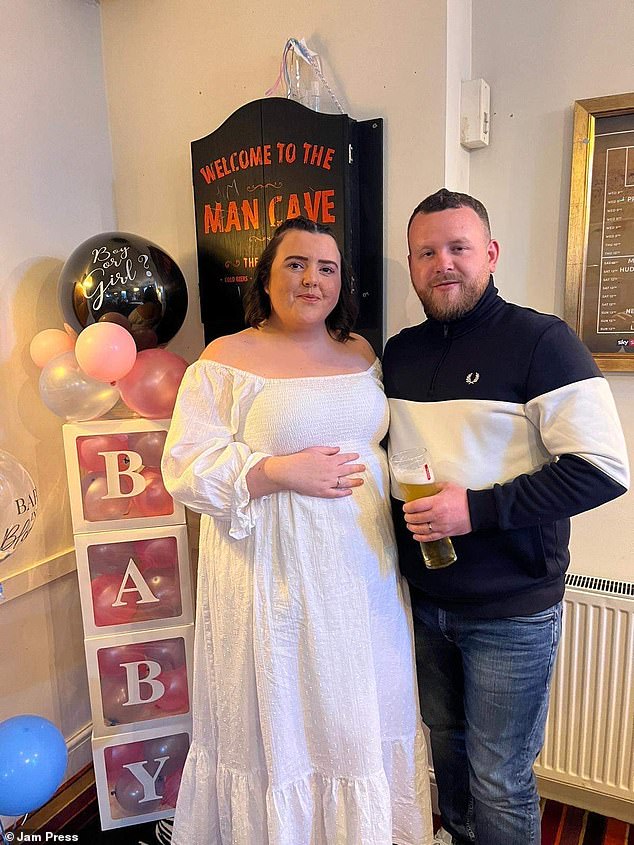 The now mother of one and her husband Aiden whilst Rhianna was pregnant, after they went to Florida for their honeymoon the couple managed to conceive

Every pregnancy test would be negative, leaving the couple ‘crushed’ so after their wedding last year they decided to enjoy some time as a couple and head to Florida for their honeymoon as ‘trying for a baby was taking over their lives.’

Rhianna said: ‘Aidan and I pretty much started trying straight away, we thought we had nothing to lose.

‘I became obsessed with tracking my ovulation and was taking a pregnancy test every day, praying for the two lines to come up.

‘We were crushed every time the result was negative and decided to take a break before our wedding in September last year.

‘Trying to have a baby was taking over our lives.

‘We booked a honeymoon to Florida and decided to just enjoy some time as newlyweds.

‘Lo and behold, eight weeks later we found out we were three weeks pregnant and we hadn’t even been trying!’ 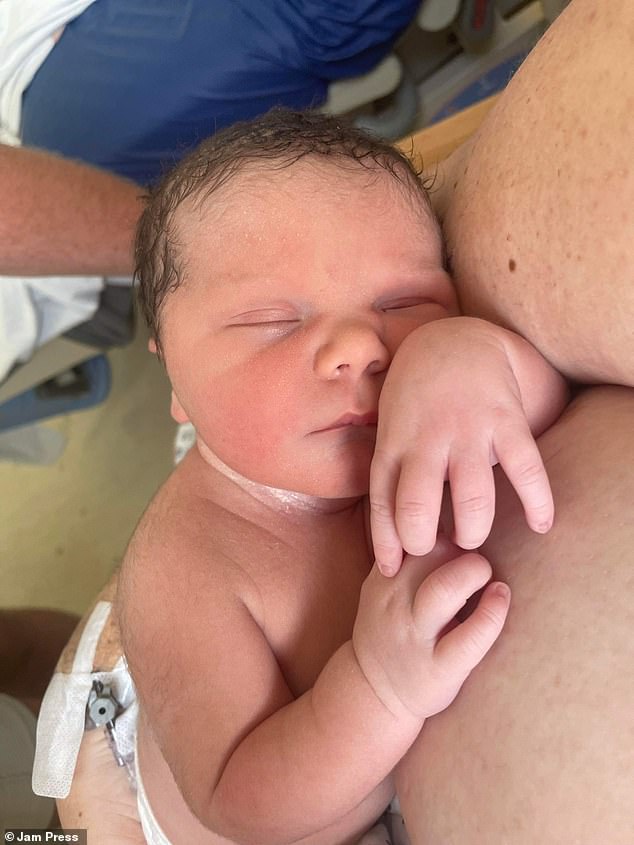 Miracle baby Olivia pictured the day she was born, she was then sent to the baby unit to be put in an incubator as she had jaundice 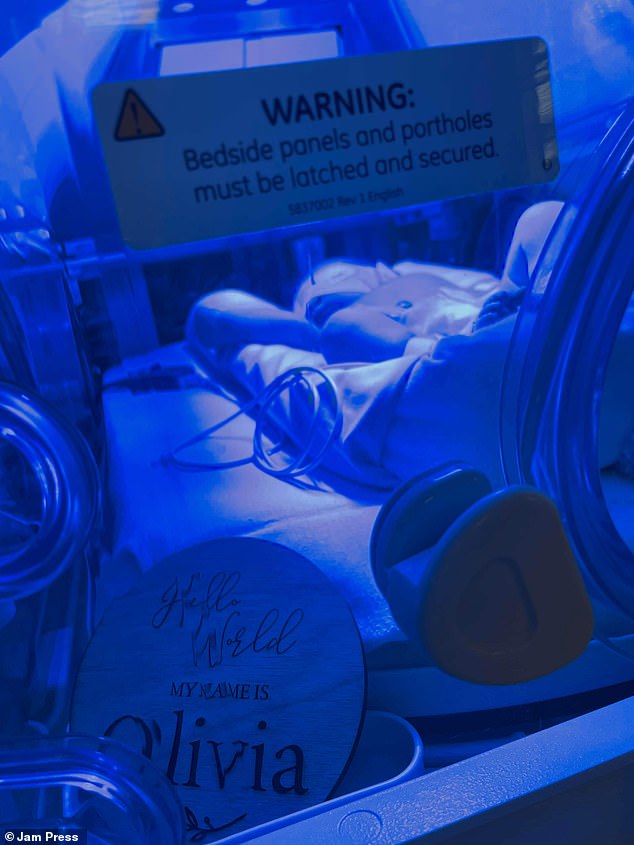 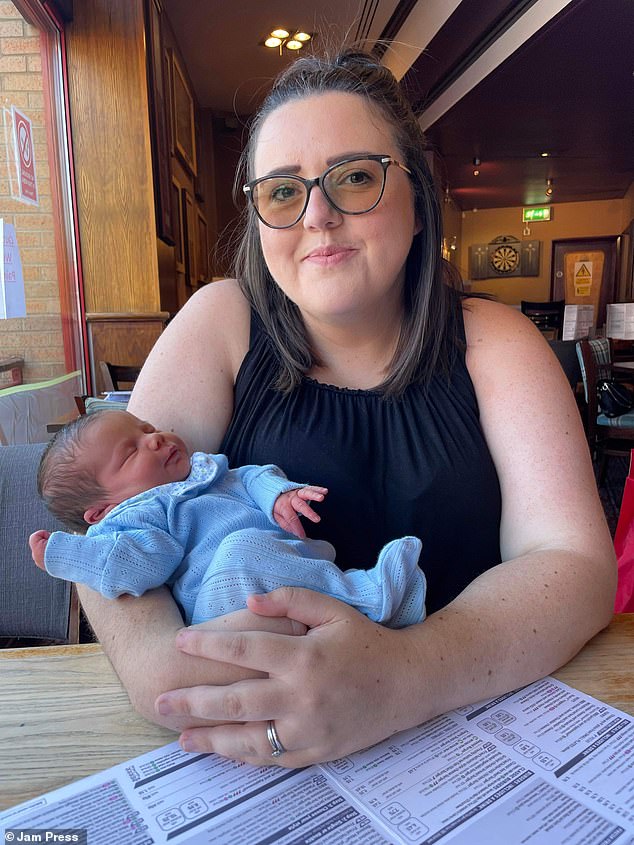 Rhianna proudly holds her newborn daughter, after she was told by doctors she wouldn’t be able to conceive

On July 8, the couple welcomed their baby daughter, naming her Olivia.

Rhianna added: ‘When Olivia was born I was so overwhelmed but also full of love.

‘The moment I looked at her I had never felt a love like it. She was so perfect.

‘She was taken to special care the day after being born as she had jaundice and had to be in an incubator under the phototherapy lights.

‘It was one of the hardest times of our lives – harder than fighting cancer – we felt so helpless.

‘She spent two days there and then was allowed back into the ward with us and we could enjoy being a family properly.

‘Olivia is now eight weeks old and is the most happiest, content little girl.

‘I’ve always looked for a reason as to why these things happen to people and I can’t help that think if my life had gone any differently, we may not have had our beautiful baby girl.’