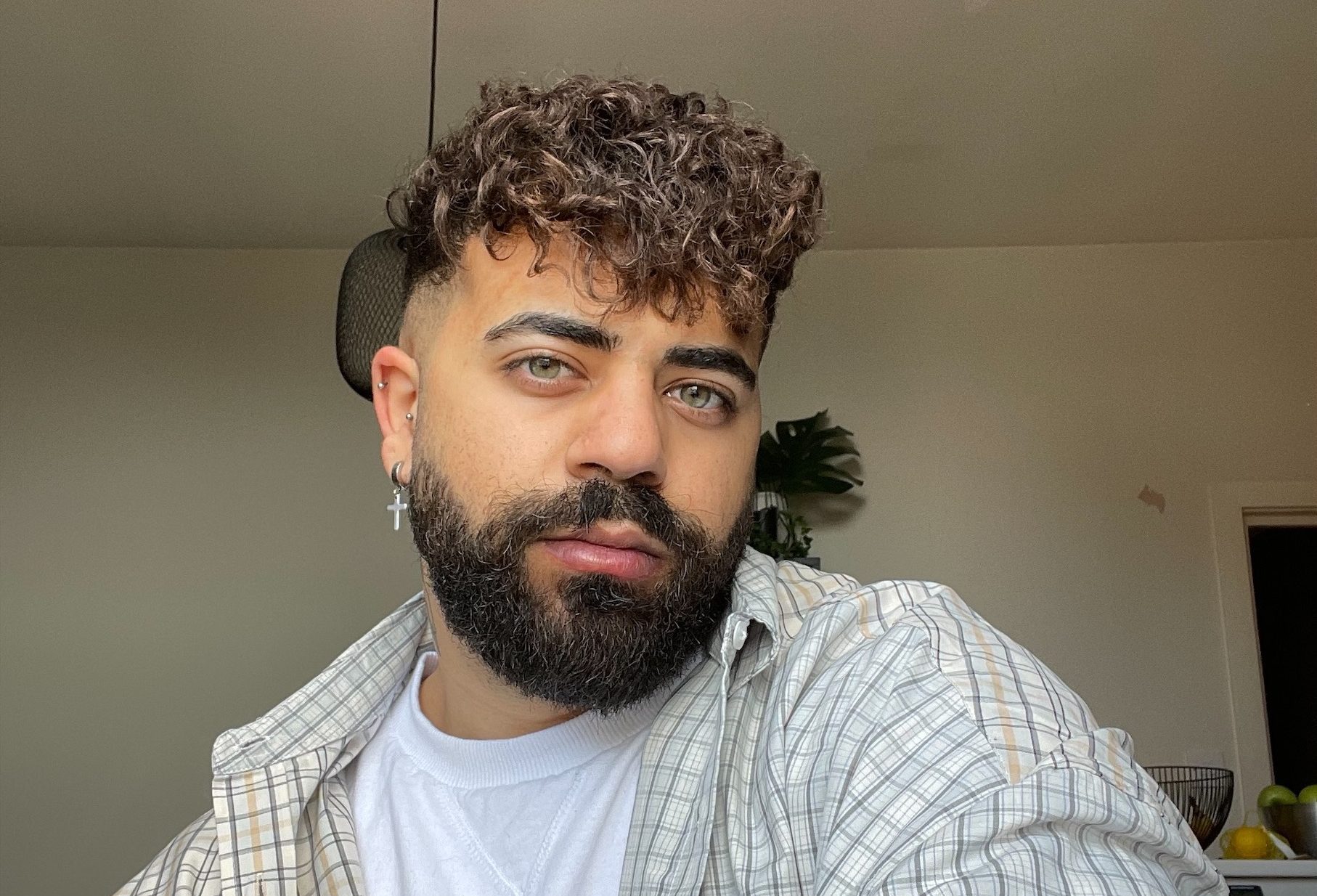 Too often my classmates at school, or family friends, have compared my hair to ‘a sheep’s fur’ or ‘a soft and fluffy carpet’.

I’ve never found it funny, but because you’re not meant to create a problem over ‘just a joke’, I’ve taken it on the chin.

Using physical features to make fun of someone will never be nice – it surely wasn’t for me. Deep down, it hurts.

Just last month on an episode of This Morning, presenter Eamonn Holmes told guest speaker and supposed friend, Dr Zoe Williams, live on air that her hair reminded him of ‘an alpaca’ and added ‘you just want to pet it’.

Plenty of arguments and a backlash online followed, pointing out that describing a Black woman’s hair as animal fur is not only discriminatory against afro-textured hair but it constitutes a form of racism.

I stand completely with this sentiment. Many have spent time pointing out why it’s wrong, and how it’s a problem that Black people, particularly women, have to deal with often.

But I feel I must stress that this issue impacts all genders who can relate to having a hair texture different than the beauty norm – straight.

Often ‘joking’ comments made to men with afro hair tend to be overlooked. A common belief is that men are tough and we can take any jokes – wrong. Men also have insecurities.

We may not talk about it because being vulnerable still doesn’t line up with what many think being a man means, but we can and do feel self-conscious too.

When it comes to my hair, as a mixed guy coming from a Northern African and White Western European background, I have inherited from the African side of my family.

Hearing comments such as ‘You’ve got a poodle on your head’ from the age of seven, you quickly start believing that what you’ve been born with is somewhat wrong; that your hair shouldn’t be the way it is.

If one of your physical features is consistently criticised, you will start to try and find ways to remedy the situation and sometimes it means trying to eradicate an important trait of who you are.

I’ve lost count of the number of times I’ve tried to make my curls disappear using tons of hair gel and hairspray. I’ve risked having my hair looking greyish as the mass of styling products harden and dry – but the end result of straight hair made the process feel worth it.

From a very young age, all I wanted to do is be like everyone else. I didn’t want my looks to ‘stand out’.

Today is World Afro Day, which began in 2017 and is endorsed by the UN Office of the High Commissioner for Human rights. I’ve never really celebrated it before as I have only recently started to accept my natural curls.

But I am so glad to see people embracing their Afro hair and trying to tackle hair discrimination because it definitely opens the conversation. I couldn’t talk about how I felt when I was younger.

‘Let’s use your hair as a mop, mate’, someone told me when I was about 16 at a friend’s birthday, after someone had spilt a drink on the floor.

My only response in that moment was to walk away and sit by myself. I stared into my phone, pretending to be occupied – but I was crying. I went home thinking that my friends weren’t accepting of me – but how could I argue that my hair’s beautiful, when I barely believed it myself?

These kinds of comments contributed to the lack of confidence I’ve had for years regarding the texture of my hair and how I present it to others.

In my view, insults masked as ‘humour’ shouldn’t be taken more lightly, as they can feel like an attack.

Even my family played a role in making me feel bad about my appearance – every time we’d drive by a field with sheep, they’d say, ‘Join your family – you guys have got the same hair’.

While this was meant as a joke, I never really understood why I was singled out when my sister also had afro hair. I’d look at my younger brother, with straighter hair than mine and I couldn’t help but be jealous.

I am now 25 and I have been relaxing my hair since the age of 11 – a chemical straightening process that penetrates the cuticle to loosen the natural curl pattern, while leaving it weakened, brittle and more prone to breakage.

​​Not a single member of my family tried to dissuade me from doing it – in fact, they encouraged me to. My curls still get this treatment every six weeks despite the damage it can have on its natural texture.

Despite the harm it causes, I can’t bring myself to stop – I’m still desperate not to be singled out in conversation because of my curls.

Especially while growing up, having my hair in an afro was not conceivable. I can recall a day where we were in the showers after a football match – most of my teammates had very short or straight hair – and some of them jibed that the hair on my head looked like ‘pubes’.

From then on, I wouldn’t allow myself to go out without straight hair – as soon as the natural curls started returning, I’d wear hats everywhere to hide it until I could get another relaxer.

Too often, I hear that I look unkempt because my curls are ‘all over the place’ and can’t be ‘tamed’ as I was once told by one of my father’s friends – poor choice of words, to say the least. It made me resentful and angry. It’s one thing being able to cope with comments on how your hair looks different, but it is another to compare it to an animal – this is simply another form of racism.

During lockdown, I was able to accept my natural hair as I was stuck inside with no one to judge. But I still rely on the appearance and safety of straightened locks now that most restrictions have lifted.

And I am not alone. Men with afro hair are the target of discriminatory and racist comments based on what is deemed not to be ‘normal’, and it starts early.

The Hair Equality Report 2019, aimed at providing quantifiable evidence of hair discrimination in school, found one in four adults (24%) said they had a bad or very bad experience at school with their afro-textured hair and identity.

Moreover, 68% preferred to have straight Caucasian or Asian hair when they were children. This goes to show that hair discrimination does not only happen in professional settings – or on national telly – it starts in primary school.

I wish someone would have stopped me back then and told me how beautiful my hair was and how lucky I was to have this feature. No one should ever feel like they should hide their natural looks through the use of damaging products.

We need better awareness of the impact hair discrimination has on people with afro hair; we need to stop accepting these damaging comments on the grounds that the person is ‘nice’ and was just ‘trying to make a joke’.

The time has come to call out these remarks. When people make ignorant comments about our hair, we on the receiving end deserve the chance to respond and be heard – only then will they realise the hurt they cause.