My lightbulb moment: Founder of luxury label Oyuna, reveals the inspiration behind her sustainable cashmere brand

Oyuna Tserendorj, 50, co‑founded Oyuna, a luxury, sustainable cashmere brand, with her partner, David Bernasconi, in 2002. They live in London with their two sons, Elias, 11, and Sacha, five.

I was born in Mongolia and have so many memories of wearing cashmere as a child. Most people there own a cashmere pullover, as it gets to -20c in the capital and – 40c in the Gobi Desert.

The goats have developed this amazing underbelly coat (the hair of which is used to make cashmere) to protect them. The hollow fibres are a tenth of the size of human hair, hence why it’s so insulating, light and buttery-soft.

At 19, I left home to study clothing design in Budapest. I used to travel back to visit relatives and, on one trip, in 1998, I met my future husband David. He convinced me to move to the UK in 2001. 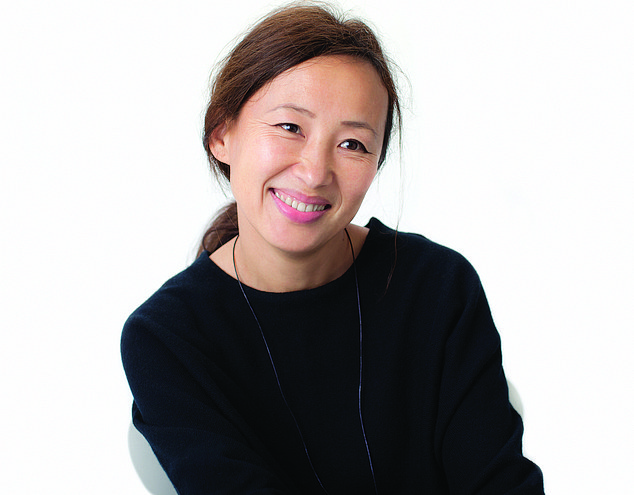 Oyuna Tserendorj, 50, (pictured) who lives in London, co‑founded Oyuna in 2002, after struggling to find a cashmere throw for her partner David’s mother

That summer, we visited David’s mother in Switzerland. I wanted to take her a cashmere throw, but couldn’t find anything I liked in London. I got her one from Mongolia but it wasn’t exciting: a dull pinkish beige. This frustrated me. Although Mongolia is known for the highest quality cashmere, the style was never right.

When I told David’s mother, Katya, she said: ‘Well, why don’t you do something about it then?’ That was my lightbulb moment.

I visited a factory in Mongolia and found a beautiful sample of a handmade throw. I put in an order for five different styles.

To fund it, David and I both put in £1,000 of savings. At the time, he was doing his masters degree in sustainability, but I roped him in to help for a few months. Now he’s the managing director.

Those pieces formed my first homewear collection, which I launched in 2002 as The Cashmere Republic. We later changed the name to Oyuna, which means turquoise in Mongolian. 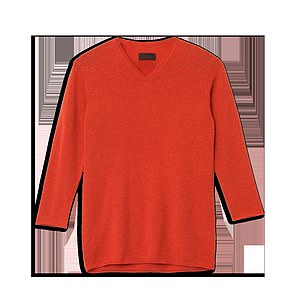 That year, we managed to get stocked in Harrods and went on to do collaborations with interior designers Kelly Hoppen and Holly Hunt.

In 2009, we launched a womenswear and unisex collection. Our products are now sold in Selfridges, Liberty and on our website. Fans include Yoko Ono, Christy Turlington and Queen Rania of Jordan.

When I set up this brand, my aim was always to push the boundaries of cashmere, so it’s not just boring rollnecks. I wanted to create modern designs in vibrant colours.