Hershey chocolate bars are getting a makeover! The popular candies have looked the same for more than a century, but starting this summer both the wrappers and the tasty bars themselves are slated to undergo a trendy transformation.

As a way to get consumers to “put down their cellphones and pick up a Hershey’s bar,” the Hershey Company, makers of the eponymous sweet treat, have announced that for the first time in the brand’s 125-year history, the OG confection will sport different emojis on each piece as apposed to the company’s name, which is currently featured on the bars. 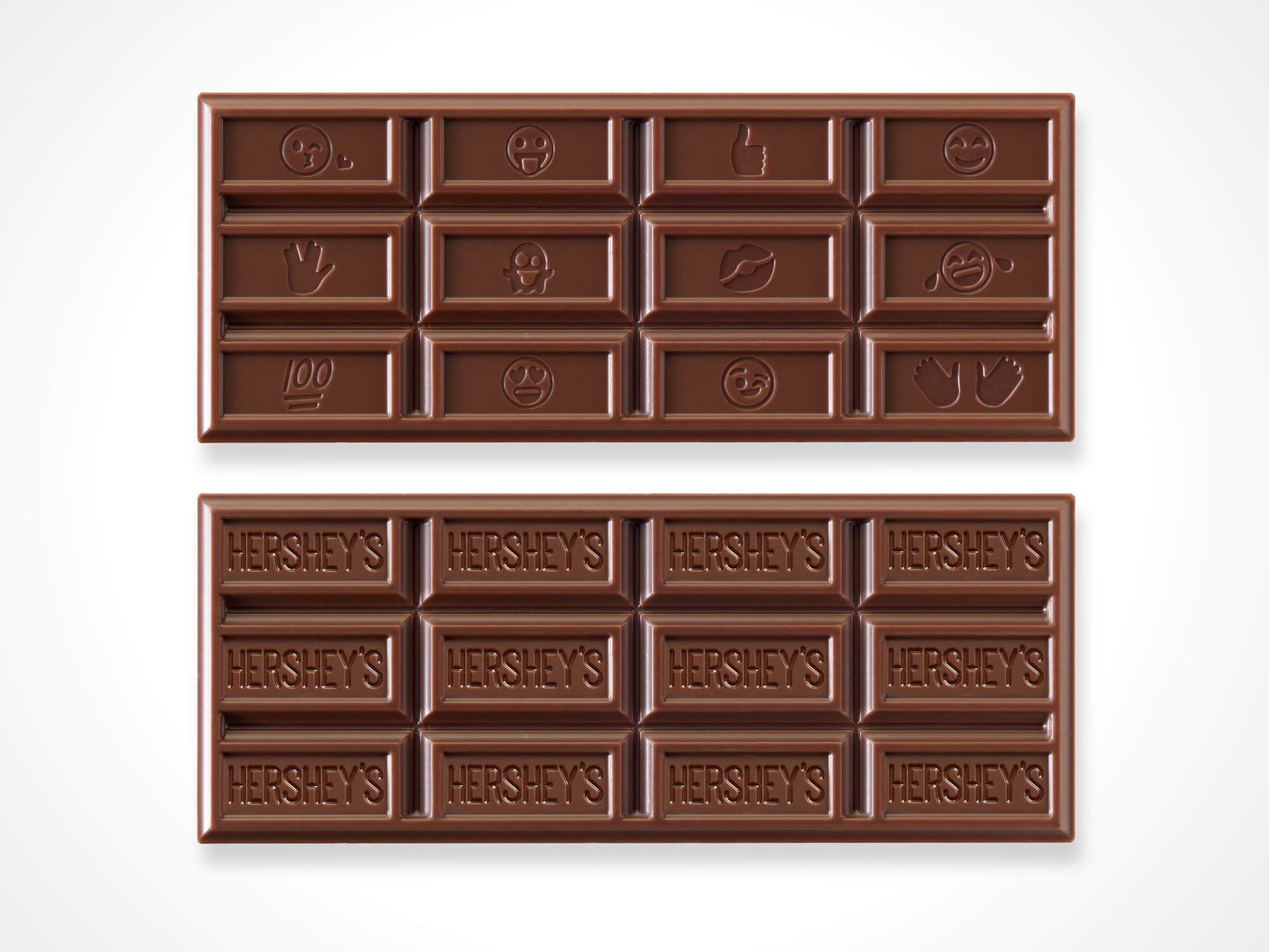 Though no formal date has been given for the debut of these tech-themed treats, a rep for Hershey’s tells Us Weekly that the new Hershey’s Milk Chocolate Emoji Bars are set to launch across the United States for a limited time through the end of summer 2019.

The bars, which will be available in both standard size and snack size, as well as in a 5-pack snack size, are expected to feature 25 of the most widely shared emojis in the country such as the thumbs up sign and the kissy lips symbol.

Furthermore, the outside packaging of these new candies will also look slightly different. Gone will be the standard brown and grey wrapper, and in its place will be a more vibrant covering that includes the typical Hershey name and color scheme but also boasts some neon accents and one of six emojis, such as the smiley face with heart eyes. The revised packaging will also give consumers a look at the new emoji-centric treat.

According to Hershey’s, each emoji on both the bars and wrappers was carefully selected by parents and kids to feature meanings that would help to spark a conversation and make new connections. In fact, research showed that 87 percent of kids agreed that the new Hershey’s Emoji Bar is something they would want to share with others.

Tell Us: What do you think of the Hershey bars’ new look?