Naughty or nice? Nick Carter is getting the full Elf on the Shelf experience this Christmas — and lucky for Us, he captured it all on video.

The Backstreet Boy, 41, and his wife, Lauren Kitt, gave Us Weekly an exclusive inside look at how they’re celebrating the holidays this year with their three kids: Odin, 5, Saoirse, 2, and 7-month-old Pearl. 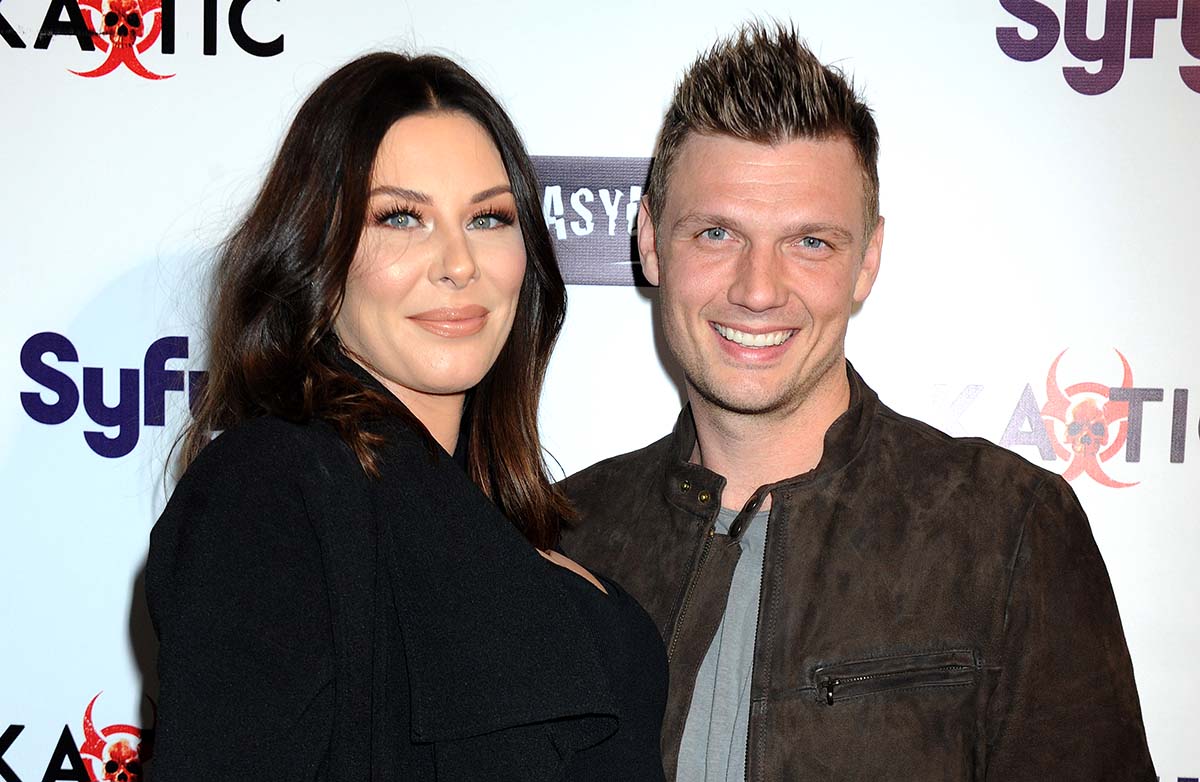 For starters, they’re debuting a few new traditions, which includes introducing their little ones to the Elf on the Shelf. The plush elf doll, who made its debut in 2004, is a Yuletide trend with other celebrity parents including Kourtney Kardashian, Sarah Michelle Gellar and Busy Philipps.

The story goes that Santa Claus sends his elves to the homes of little girls and boys during the day to scout and report back to him about their behavior before he makes his list and checks it twice. Each day leading up to Christmas, the elf shows up in a new spot in the house with some parents choosing to create elaborate scenes for their kids to enjoy.

“It’s the first year we’re doing it with our kids. We’re going to have the elf make sure that the kids bathe properly. He’s here waiting to report back to Santa,” Kitt, 38, told Us, before hanging the little guy from the shower door.

Carter wasn’t as familiar with the festively sneaky characters, who Kitt pointed out “hide themselves around the house, magically, and the kids find them.” Wink, wink. 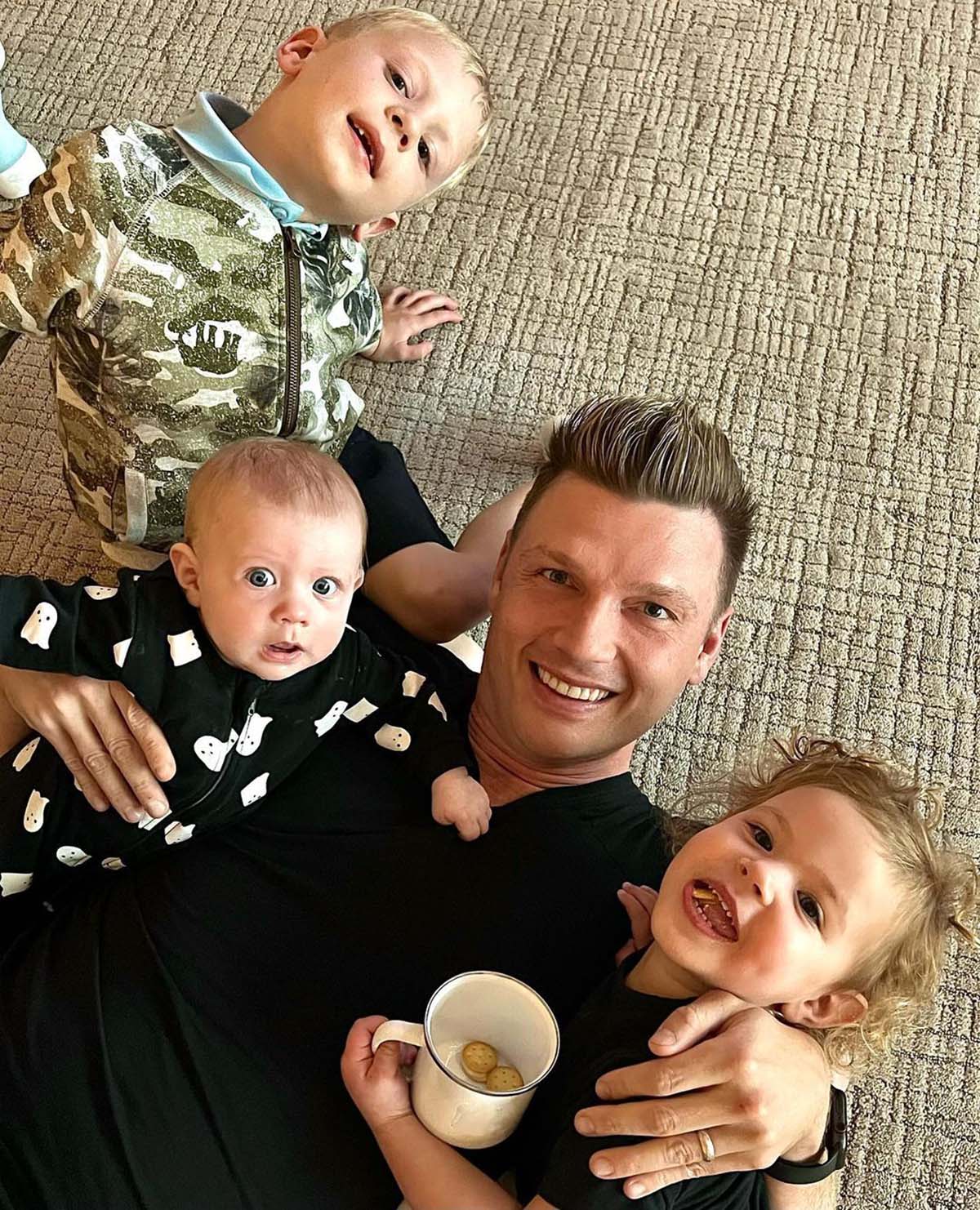 The “I Want It That Way” singer, however, quickly got the hang of things and even seemed to have fun planting those mischievous elves in the garland on his mantel —  the perfect spot for keeping an eye on Odin and Saoirse, who certainly don’t want to end up on Santa’s naughty list.

Carter and Kitt also go big when it comes to their outdoor decorations — literally. The Masked Singer season 4 alum was spotted carrying around a silver ornament that is as big as a beach ball.

The couple, who got married in April 2014, has a lot to celebrate this year. The pop star and the personal trainer welcomed daughter Pearl in April. 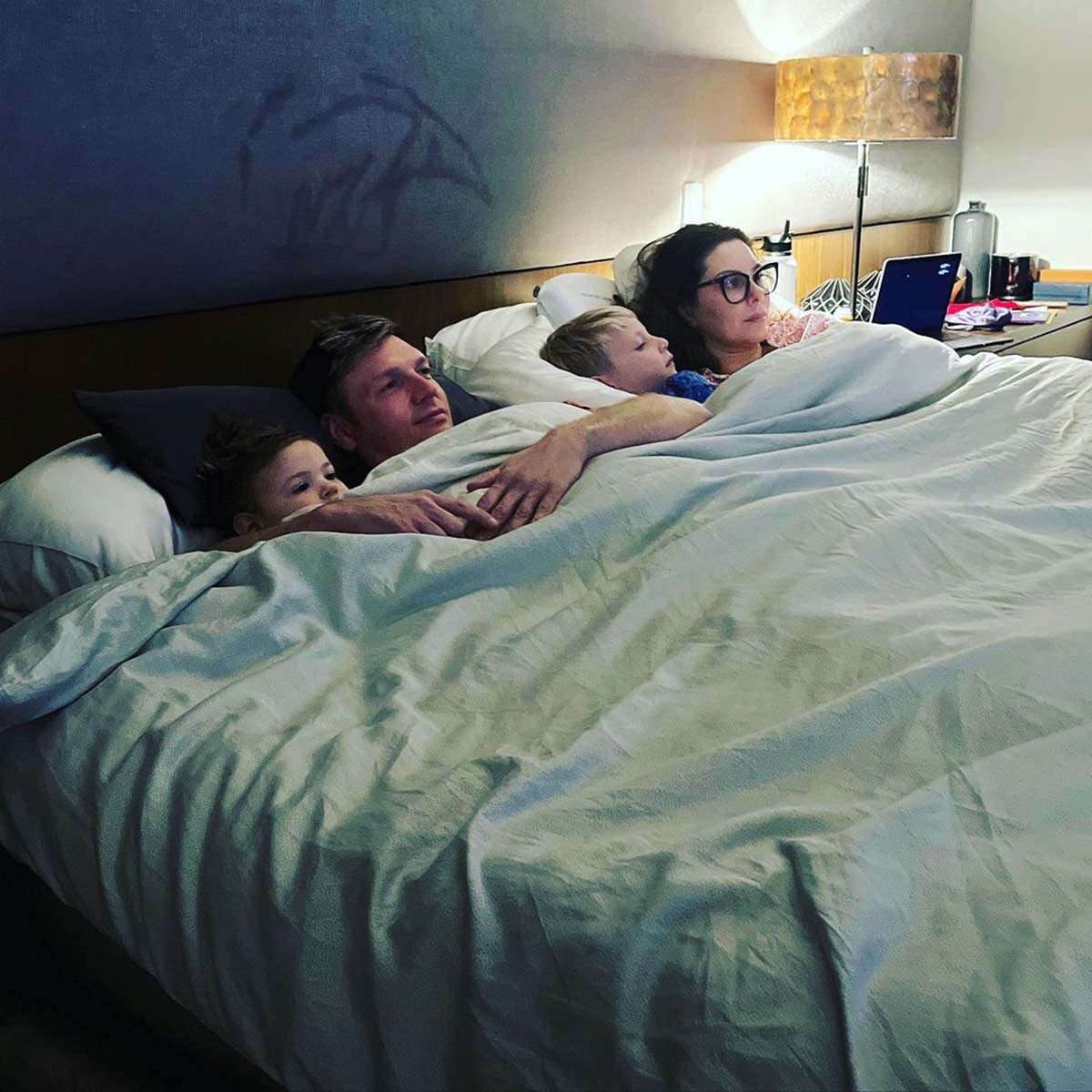 “As a parent knows all to [sic] very well, sometimes things don’t turn out the way you plan it,” Kitt tweeted at the time. “We have been experiencing some minor complications, but things are looking a little better after the first night.”

The pair went home with their baby nearly one week later and Kitt told Us that Pearl’s “doing good” and “has no side effects from that situation.”

To see how Carter and Kitt decorated their home for the holidays, watch the exclusive video above!