Jessica Simpson was ‘saddened’ when Nick Lachey moved on with Vanessa

Nick Lachey is voicing his support for fellow teen pop sensation Britney Spears as she fights to regain control of her life.

“For all of us who knew Britney … we all remember that little girl who started out on this journey,” the 98 Degrees singer, 47, told Page Six in an exclusive interview while promoting his role as a judge on Fox’s new reality singing competition series, “Alter Ego.”

Lachey said that he is proud of the “…Baby One More Time” singer — who shattered industry records upon her musical debut at age 16 — for the strides she’s made in the conservatorship battle against her estranged father, Jamie Spears.

“We all deserve to be happy,” the boy band icon said, also pointing to Britney’s recent engagement to model-actor Sam Asghari after nearly five years of dating.

During a landmark court testimony on June 23, the “Toxic” singer, 39, described her conservatorship as “abusive.” She later said she wants to see dad Jamie, 69, be charged with “conservatorship abuse.”

Britney also expressed her desire to get married and remove her IUD contraceptive — allegedly mandated by her conservatorship — so she can have more children. (She already shares sons Sean Preston, 16, and Jayden James, 15, with ex-husband Kevin Federline.) 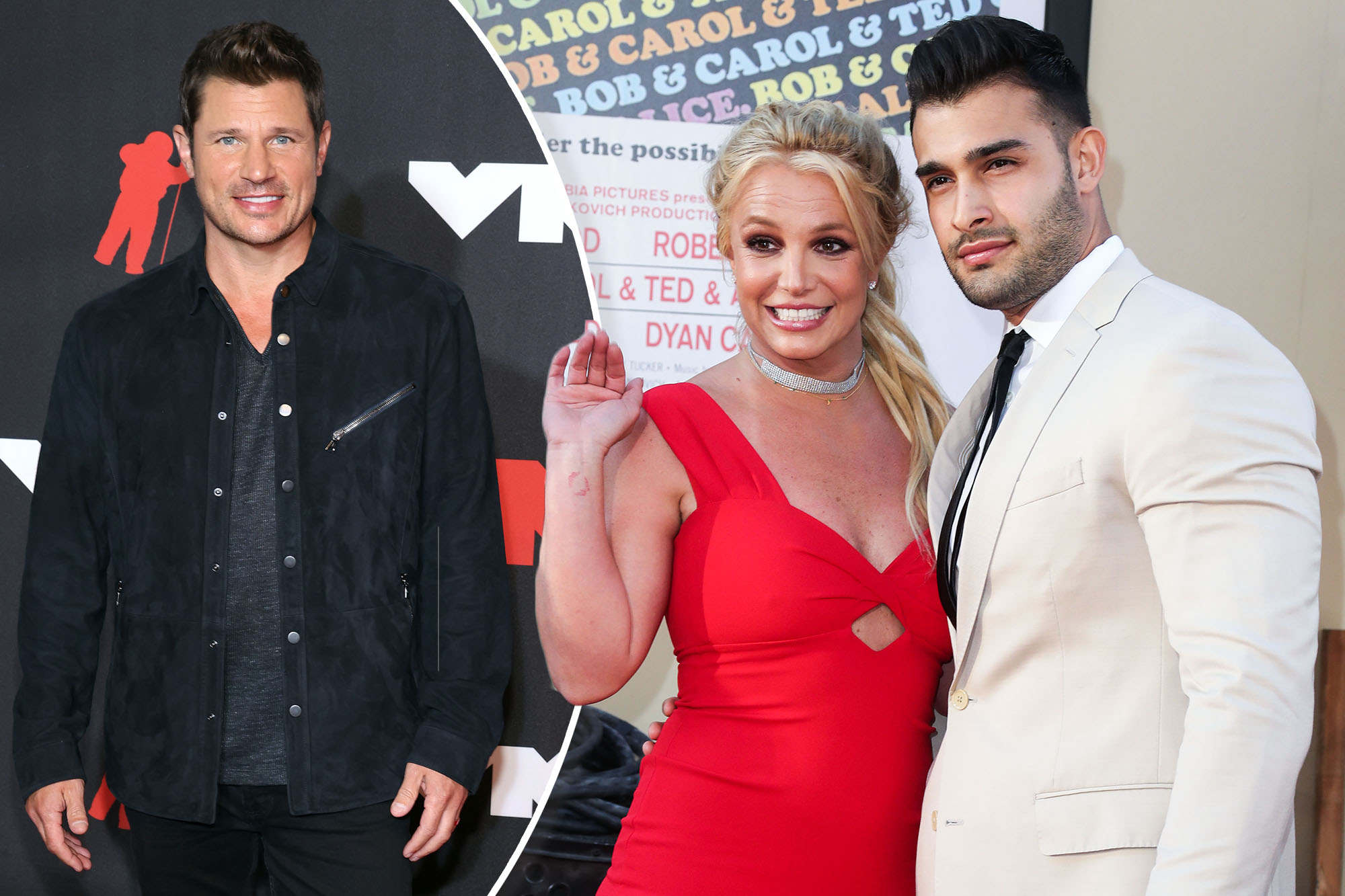 “We all deserve to live our lives and live our truths. I’m thrilled for her that she’s finally starting to break through in her own personal life,” Lachey said of Britney. “And more than anything, who are any of us to judge what makes someone else happy?”

Britney’s next hearing in the legal battle against her dad — who, in 2008, established the restrictive legal arrangement that dictates her personal, medical and financial affairs — is set to take place on Sept. 29.

With only days to go before the court showdown, Lachey shared a message of support for Britney: “Stay true to yourself and stay strong.”

He went on to acknowledge the unprecedented media attention and subsequent struggles that Britney has faced throughout her career.

“I don’t think anyone can really truly appreciate the amount of scrutiny and the amount of pressure that Britney’s felt in her life and the long-term results of that. She’s been through a lot, she’s had to endure a lot and she’s had to process a lot. At this point, you just want people to be happy,” added Lachey.

“You want peace and happiness for people you care about. So, I would just encourage her to stay strong and keep fighting and find the path that truly makes her happy.”

Britney has been on a work hiatus since January 2019, refusing to perform so long as her father has any say in her career. But if she ever decides to return to the recording studio, Lachey is keeping his fingers crossed for a collaboration with 98 Degrees, who released a remix album this year and are in the midst of touring.

“We’d love that. I remember being in our lawyer’s office showing us ‘…Baby One More Time,’ the video, before it even came out. I was like, ‘Oh, my gosh, this girl’s going to be a massive success.’ Obviously, I’m not right about many things, but I was right about that one,” he recalled.

“Of course, we’d welcome and love to opportunity to collab with her.”

Page Six confirmed earlier this month that Jamie filed a petition to end the conservatorship following years of staunch resistance and an Aug. 30 filing from Britney Spears’ lawyer, Mathew Rosengart, which accused his client’s father of extorting $2 million in exchange for stepping down from his supervising role.

Britney’s controversial conservatorship — which has been examined in multiple documentaries — will be further explored in Netflix’s upcoming film, “Britney vs Spears.” 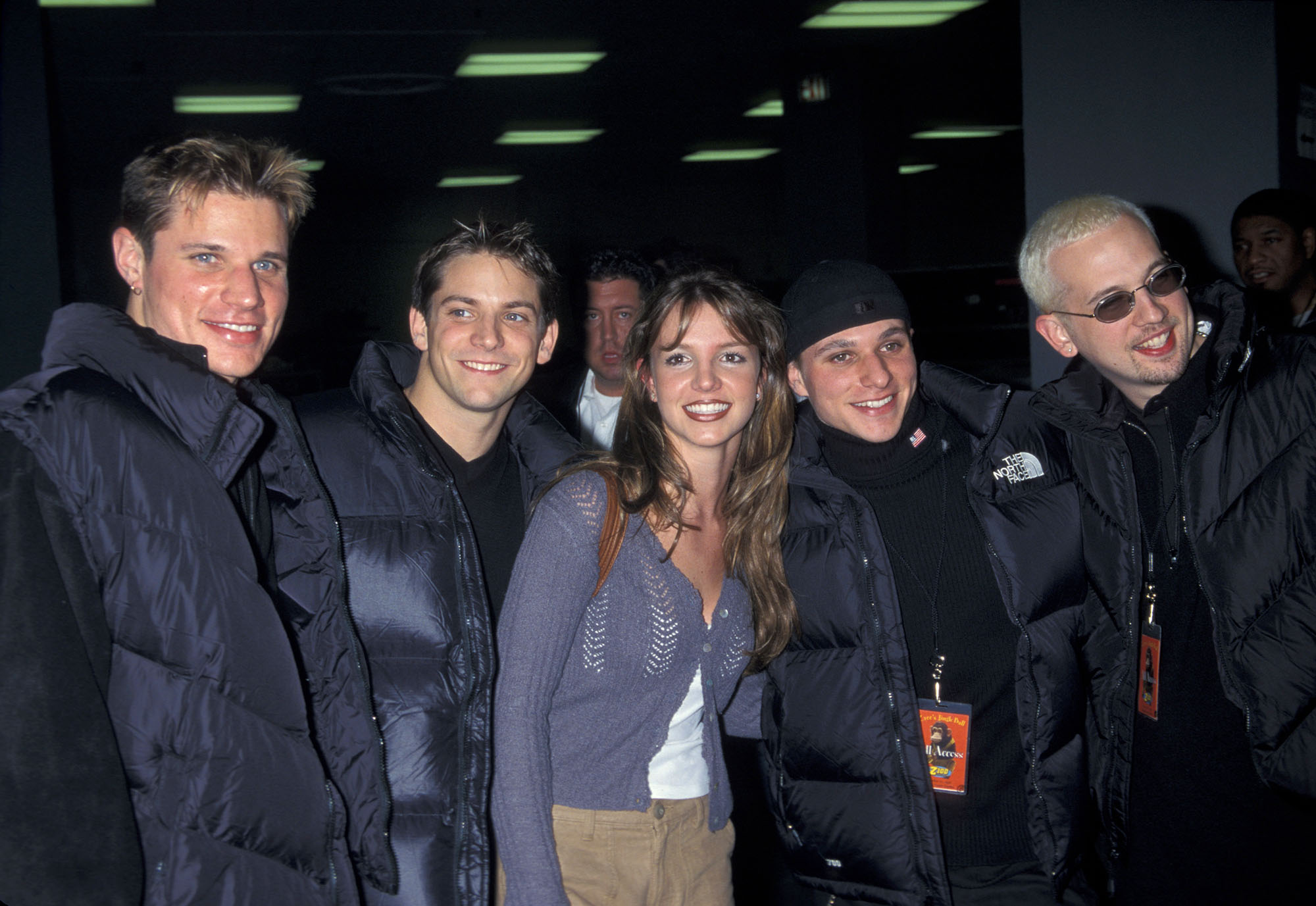 As the #FreeBritney movement rages on, Lachey has been able to reflect on his favorite memories with Britney — which he said include running into her at small shows before she became the undisputed Princess of Pop.

“When we all first started out, we actually did quite a few fairs with Britney and performances with Britney. It was just fun. We all were kind of on the same journey together,” he said. “And we all cheered for each other. It was such a cool time in music, and there was room for all of us, and we were all enjoying the ride.

“But I think if I had to pick one specific memory of Britney, it was doing those shows early on when we were all just struggling to break through and then watching her ridiculously intense rise to superstardom.”