Our guide to what emojis really say to younger users

Why nothing betrays your age like an emoji: From an ‘aggressive’ thumbs-up to ‘insulting’ avocado, our guide to what text message symbols really say to younger users

Ten billion are sent every day. And a staggering 87 per cent of us admit that, when it comes to expressing our feelings, we’d rather use them than have an uncomfortable face-to-face conversation.

We’re talking about emojis, of course, the language of the digital age. These little cartoon images are now so widely accepted that even the Royal Family use them in their social media posts.

You may pride yourself on the fact you know your smiley face from your angry one, but the language of emojis is ever-evolving. And with around 3,600 to choose from — and more being introduced every year — perhaps it’s no wonder that misunderstandings are starting to occur.

Take the thumbs-up emoji. For decades an innocent symbol of assent, now this icon — a particular favourite with older smartphone users — is causing offence among the younger generation who, astonishingly, consider it to be rude and passive-aggressive. 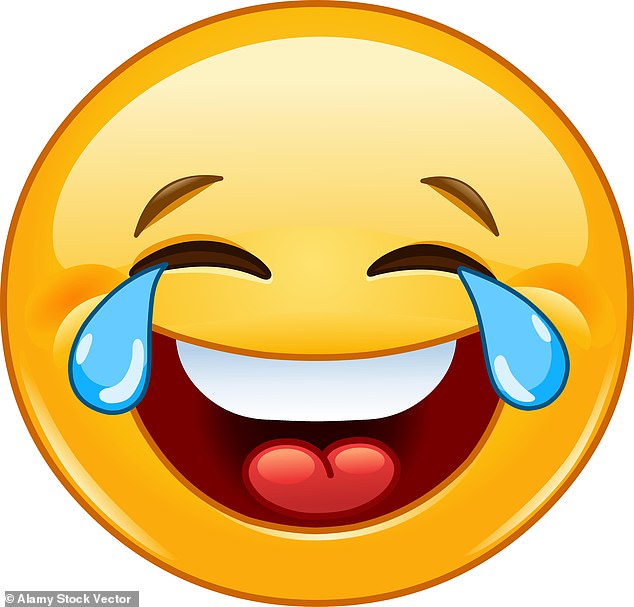 Crying laughing face – This is the most widely used emoji and was even Oxford Dictionaries’ ‘word of the year’ in 2015 — which is probably why Gen Z hate it and most refuse to use it. Like the thumbs-up, it has been so overused that they imagine it might mean that you don’t find what they said funny at all. Instead, Gen Z prefer to use a skull to show amusement (see below). 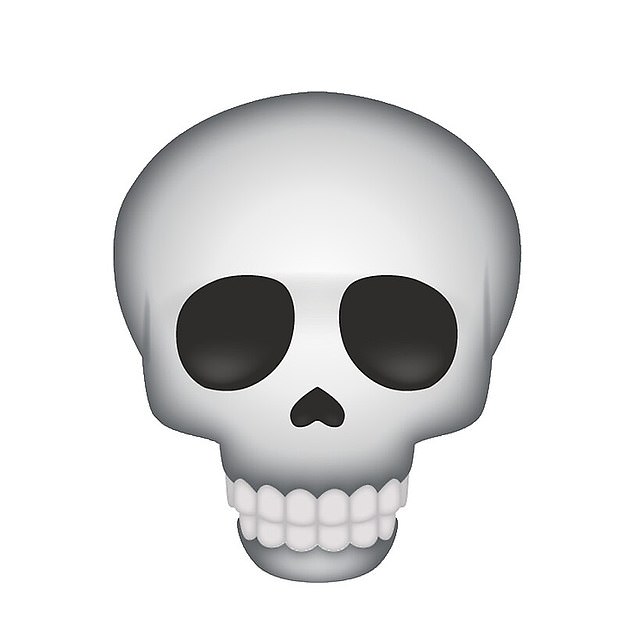 Skull – Zoomers are now far more likely to use this in response to a funny text. Emojipedia’s Keith says: ‘I’m dying laughing has become . . . I’m dead, I’ve died of laughing. It largely came from TikTok, and now it’s common to show three skull emojis to indicate how dead from laughing you really are.’ However . . . 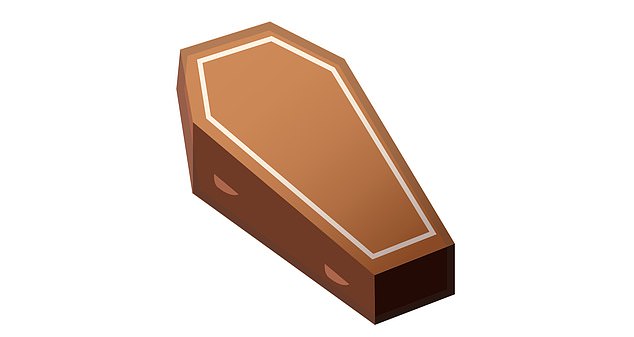 Coffin . . . if you use the coffin emoji to indicate you’re dead from laughing, then you’re a try-hard saddo. There was a brief period where some TikTok users tried to get the coffin adopted into emoji language to show ‘dead from laughing’ but it didn’t catch on. 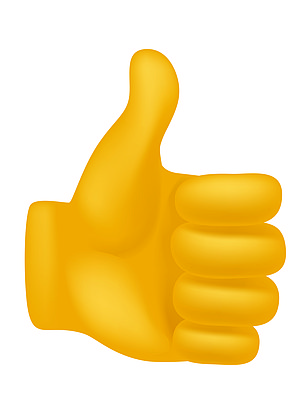 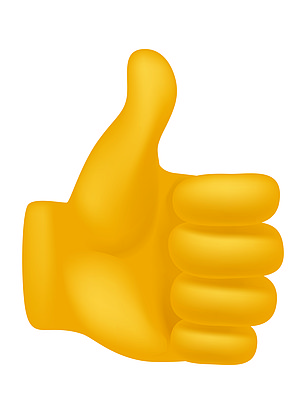 Double thumbs-up Are you mad?! Two thumbs don’t emphasise your approval and positivity, or that you’re making the extra effort, they only serve to double-down on your rudeness and passive-aggressive nature. Stop being so cruel

So, is this just another example of exasperating snowflake behaviour from a generation also offended by fairy tales and historical statues, among many other things?

Not so, says Professor Vyvyan Evans, a language expert and author of The Emoji Code. He believes it’s down to semantic change, a natural process of language development that has been happening for thousands of years.

‘Gen Z — or Zoomers as they’re more commonly called — are the first generation born digital,’ he says. ‘They’ve grown up with smartphones, the internet and emojis —they’ve never known anything else.

‘Because of this, they are more sensitive and in tune to the nuances and meanings associated with the “language”.’

Illustrating how times have changed, Professor Evans explains that if we wanted to signal ‘give me a call’, those of us over 30 would mimic having an old-fashioned rotary-style telephone receiver at our ear — with our middle three fingers bent in with little finger and thumb sticking out.

But why, you will still wonder, has the tame thumbs-up emoji become such a bone of contention?

According to Professor Evans, it’s a case of ‘semantic satiation’, whereby over-use causes a word (or, in this case, an emoji) to lose its original meaning. 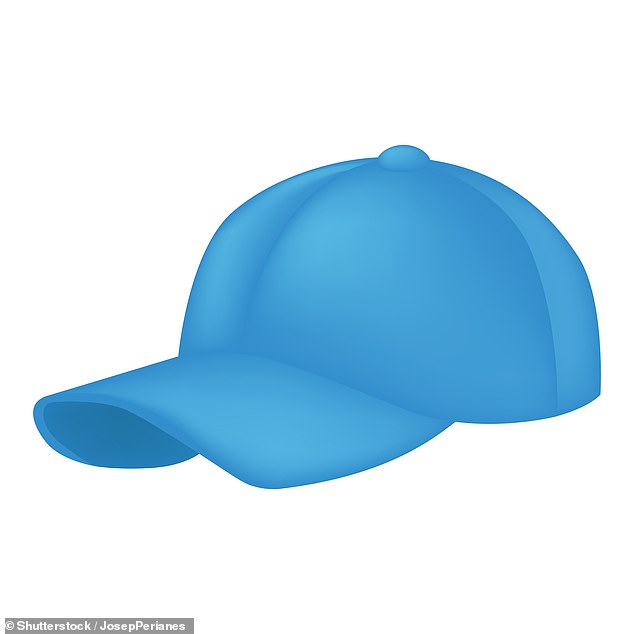 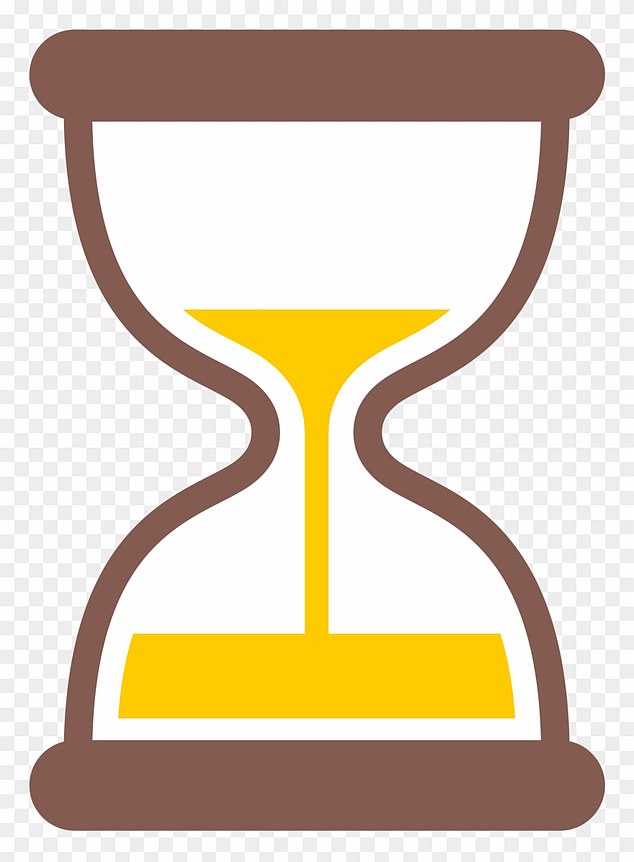 Hourglass – What were we saying about not using emojis literally? An hourglass is mostly a reference to a woman’s curves 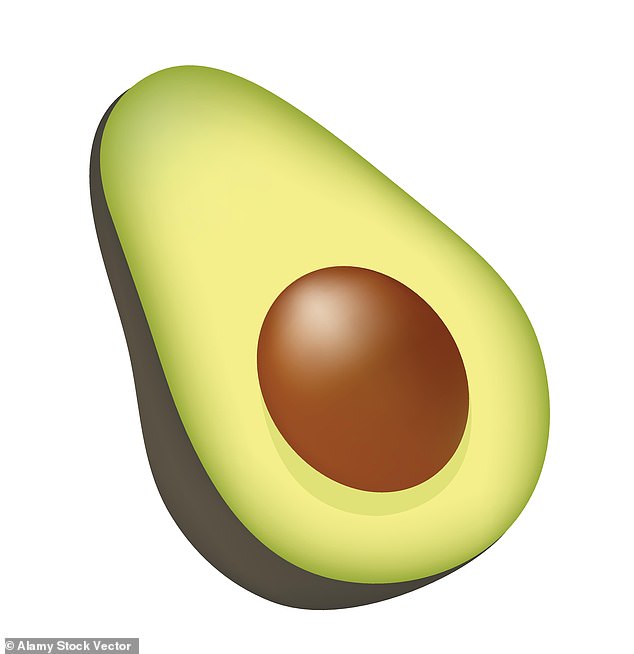 Avocado – Sending the avocado emoji to someone can be insulting. In modern parlance, it signals that someone is ‘basic’ — predictable, unimaginative and a complete stereotype. It comes from the fact that people used to say that Millennials were never going to get on the property ladder because they spent all their money on avocado toast

‘A good example in language would be the hackneyed expression “Have a nice day,” ’ he says. ‘It came to the fore in the 1950s when truck drivers in the U.S. used it on their CB radios and then it got picked up by the service industries. It became used in such high frequency that it now feels insincere.

‘Then you start veering into ironic usage. If a customer had been incredibly rude to you and you still said “Have a nice day”, that would be sarcastic.

‘That’s what’s happening with the thumbs-up emoji. Zoomers are doing away with it —they consider it impersonal, insincere and demonstrative of a lack of interest.’

Another big problem with more ‘simple’ emojis such as the thumbs-up or smiley face is that they’re considered ‘lazy’ by Zoomers. Keith Broni is the editor in chief of Emojipedia, a website that documents the meaning of emojis. A Millennial (born 1981 to 1996), he’s aware that even his generation are sometimes considered by Zoomers to be insensitive with their emoji use. 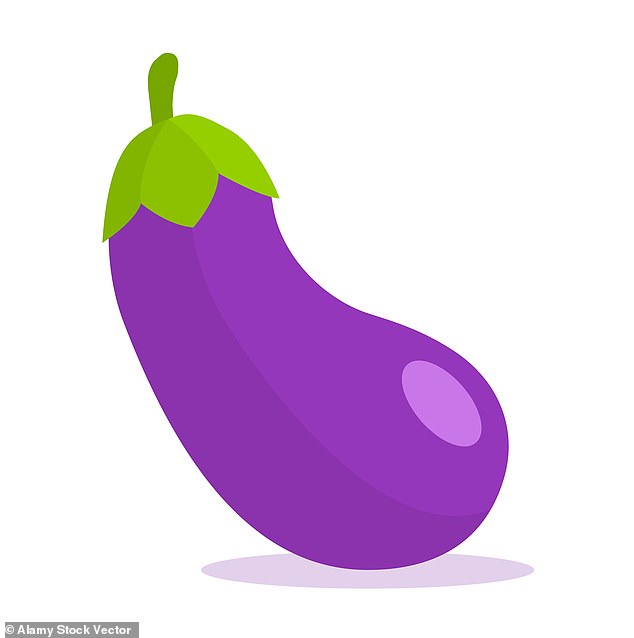 Aubergine Introduced in 2000 because aubergines are considered lucky in Japan. But send this to a work colleague and you won’t be feeling too lucky when you are hauled in front of HR. Across the Western world, the aubergine emoji is now used almost exclusively as a phallic symbol 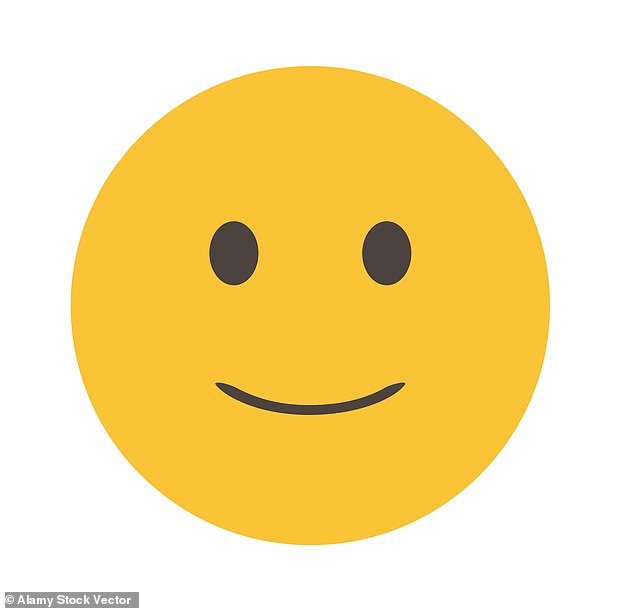 Slightly smiling face – Well, are you happy or aren’t you? This vague, slight smirk could be taken to imply sarcasm or irony, in the same way you might snap ‘I’m fine’ when you’re really hacked off. If you want a young person to know you’re pleased, use an unambiguous ‘big-smile’ emoji 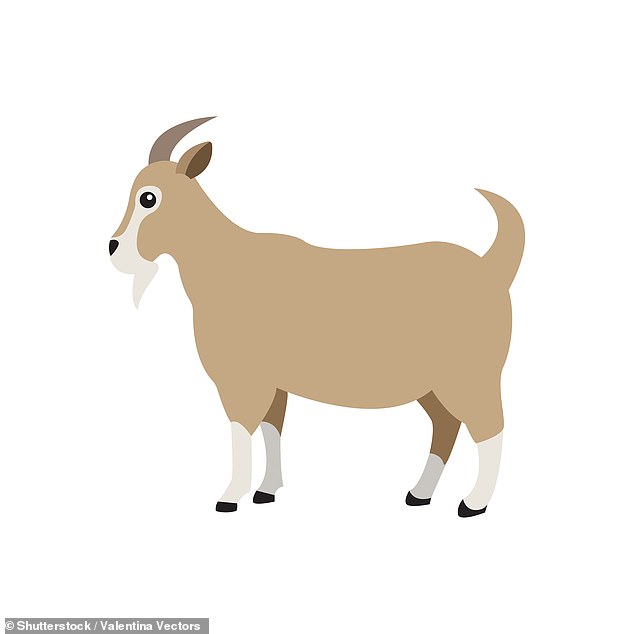 Goat – This is no mere farmyard animal. You would only send this to someone you considered to be an exceptional person — the Greatest Of All Time (GOAT). If you sent it to someone you thought was a silly old goat, then you have inadvertently told them that they are a genius

‘Intergenerational misunderstanding is an evergreen topic and, with emojis being such a big part of our communication, they’re going to get drawn into it as well,’ he says. ‘Today’s workplace is made up of a much wider spread of generations than ever before.

‘What happens is that, at work, we tend to use the communication style that we would with our peers and that may include emojis that hold a different meaning to a different generation.’

He adds: ‘If you’re texting to agree a time to meet, then the thumbs-up emoji in that context is not going to upset anyone. But, if the writer of the original message felt their text merited more than a thumbs-up [such as “I have spent all weekend working on that report you asked for, it will be ready first thing on Monday, and I’m really pleased with it”] that would be interpreted as a low-effort response and dismissive.’

Another big factor in the great emoji divide is TikTok, where young people often use emojis to comment on videos they watch in ways most of us are blissfully unaware of. To make matters even more confusing, new emojis are introduced every year. 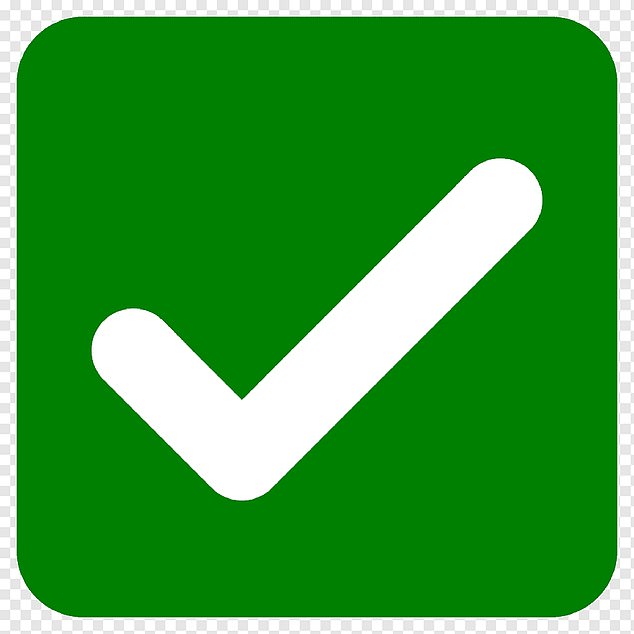 White tick in green box – Why not just upload your birth certificate and post that instead? Nothing says ‘over the hill’ like posting the green box tick emoji (to represent a task completed or verification of something). Even Millennials turn their noses up at this one, since it is considered naff and a bit patronising 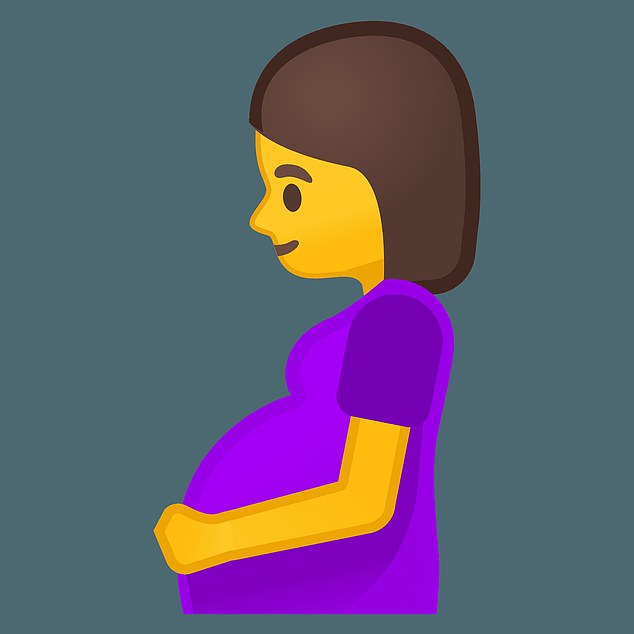 Pregnant woman – For Gen Z, if you find someone attractive, you would use a pregnant woman emoji — meaning you, as a man messaging a woman, want to get them pregnant; or, for a woman messaging a man, become pregnant by them. And you thought Boomers were meant to be the non-PC generation 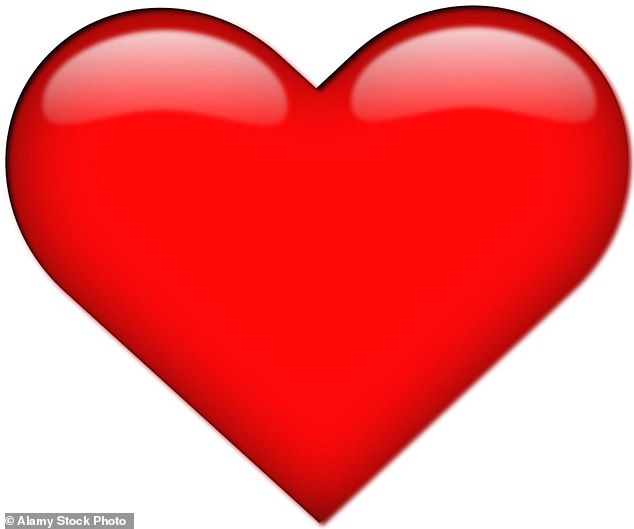 Red heart – Beware, a red heart may land you in hot water. To Gen Z, this symbol suggests you have romantic intentions. So if that’s not what’s on your mind, use a heart of another colour. Blue and green ones are for non-romantic use

Anyone can propose an emoji to the Unicode Consortium, which consults with big companies including Apple and Google to decide which to approve, with 112 new ones introduced in 2021.

So, how on earth are we meant to communicate with young people without risking offence?

Professor Evans suggests not using emojis when forming a new or professional acquaintance with someone. He says: ‘Think about it like dating. You don’t start winking and blowing kisses to someone on a first date. It would be too much, and the other person would find it inappropriate and creepy. Build a rapport with someone and make sure you’re on the same wavelength before hitting emojis on the keyboard.’

If you’re still wedded to the thumbs-up, stick to using it in your own peer group if you don’t want to get a permanent thumbs- down from the younger generation. In the meantime, here’s your handy guide to the emojis with baffling double-meanings — whether you’re a text-savvy Boomer or a digital- native Zoomer . . .