Say how you really feel! Passive aggressive notes reveal the writers’ fury – from cursing at a thief who stole a giant package of toilet rolls to ranting at unwashed dishes

They say that having open and honest communication is the best way to get your point across.

But the people from the US and UK who wrote these notes, collated by dailystuff.com, decided they didn’t want to be mature and upfront.

Whether it was to save a potentially awkward in-person confrontation, or because they just couldn’t wait until they saw the person they were angry with, the writers of these notes had to put pen to paper, and let their feelings be known.

One person wrote a furious missive to a stranger who made off with their Amazon delivery of 30 toilet rolls, branding them an a******.

Meanwhile, another reminded their new neighbours of their responsibility to seek permission before building a new garage, then signed off with an insincere smiley face. 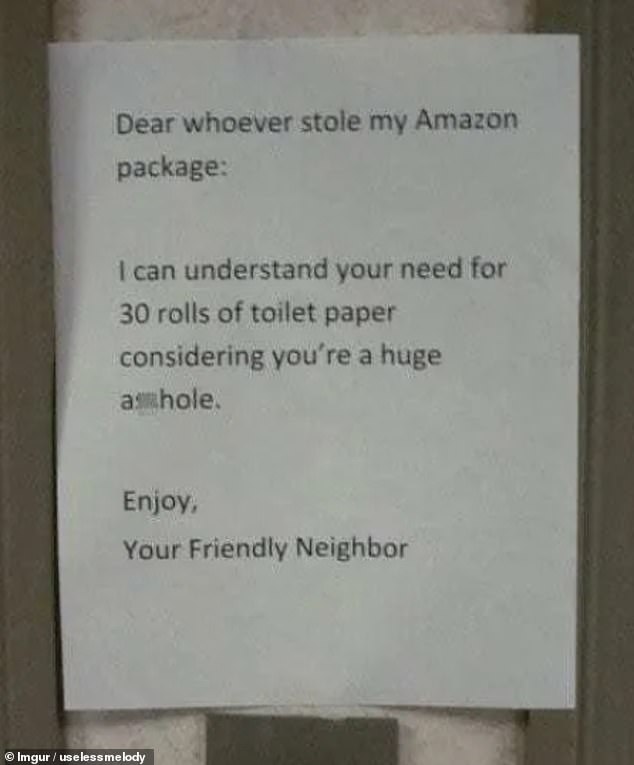 Can you imagine, you go out of your way to be organised and to stock up your toilet roll supplies with a massive 30 pack, only for someone to steal it. No wonder this writer was fuming 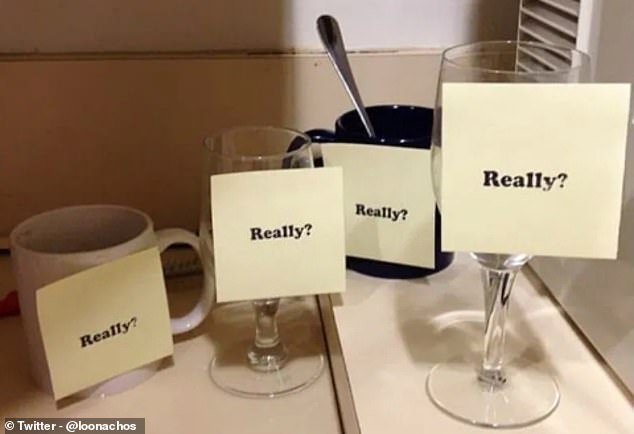 Really angry: Like many people who have to share a space with others the writer of these notes harbours some resentment over cleaning chores. A few sparsely word post-its should fix it… 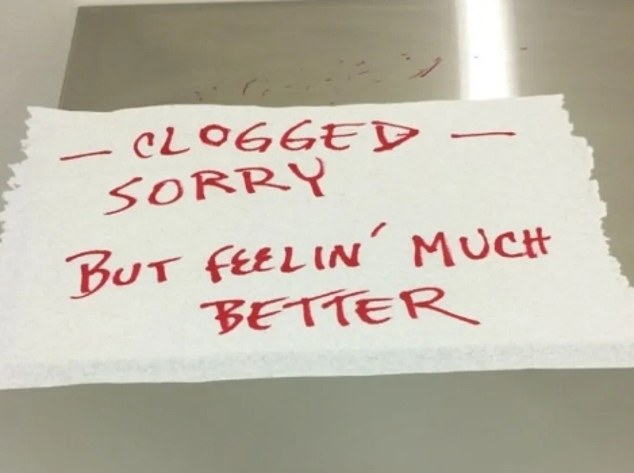 This note is the epitome of ‘sorry not sorry’. The writer may have apologised for blocking the toilet, but actually seems pretty happy about it… 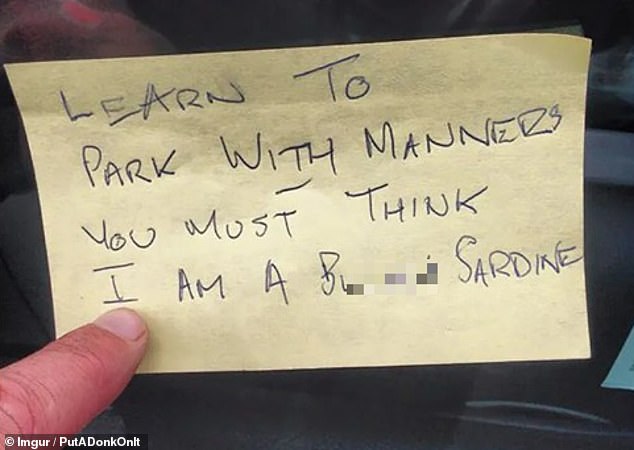 B***** sardine: This note writer, thought to be UK-based, may have been angry, but still had the wherewithal to add a witty simile to their message 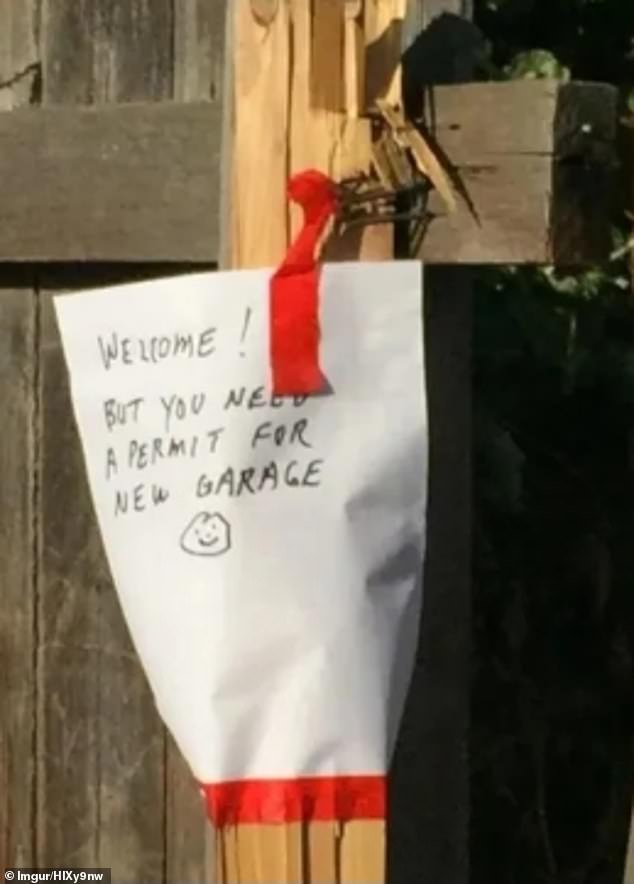 The smiley face doesn’t make this less angry! These people warned their new neighbours they should not be building a garage without a permit, and made the forceful mess passive aggressive by signing off with a smile 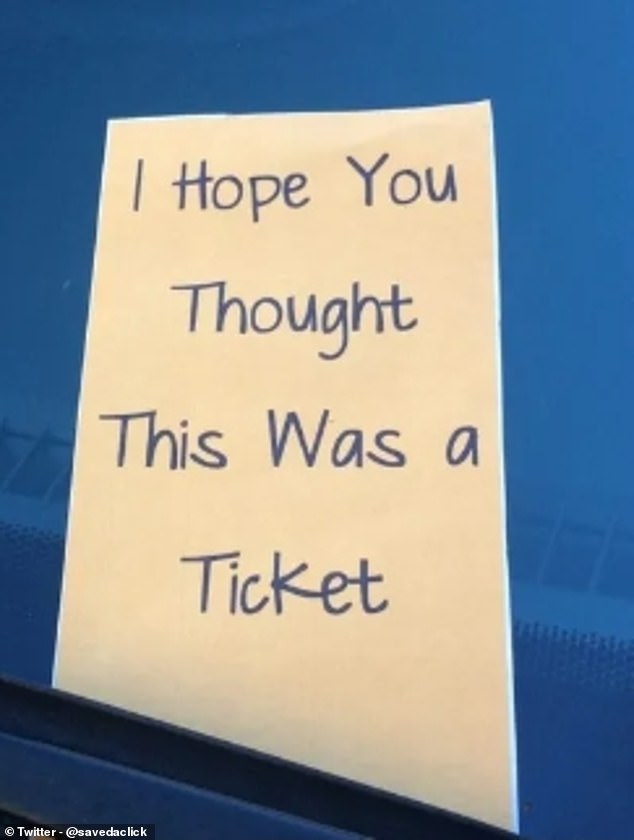 Prankster: Whoever pulled off this passive aggressive prank certainly did well to combine simplicity with the universal fear of parking tickets 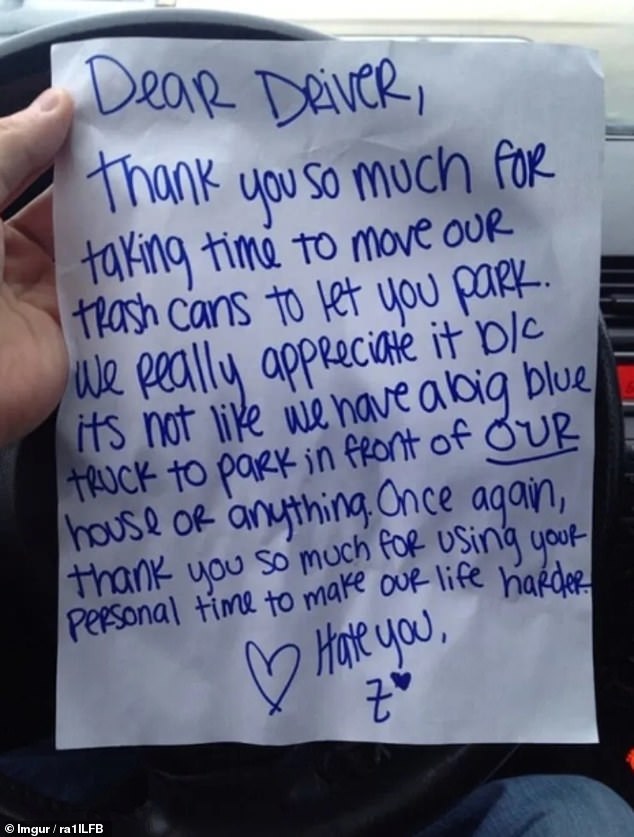 Seething: This note combines pure, seething rage with extreme sarcasm. And just in case the recipient didn’t realise it is sarcastic, they’ve thrown in a kicker at the end 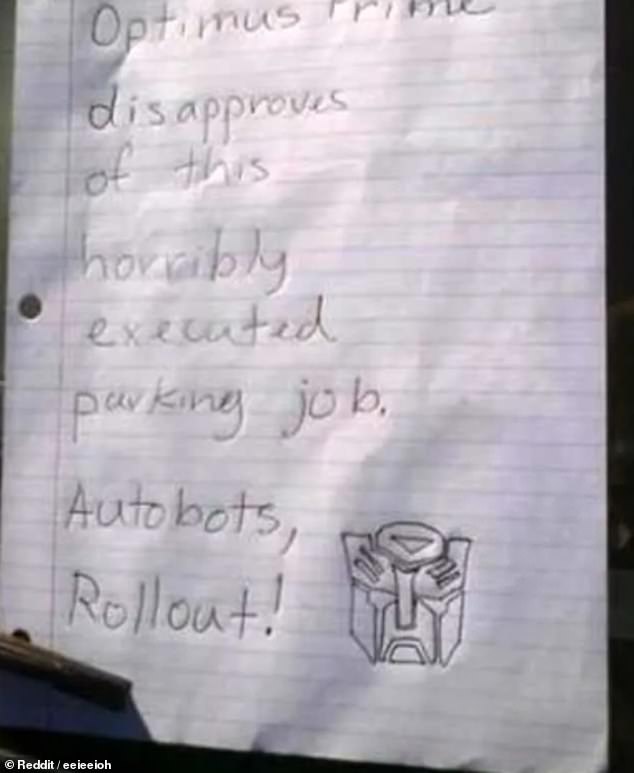 Perhaps unwilling to acknowledge their own feelings of anger, this writer blamed Optimus Rage instead – but at least they took the time to soften the blow with a cute little drawing 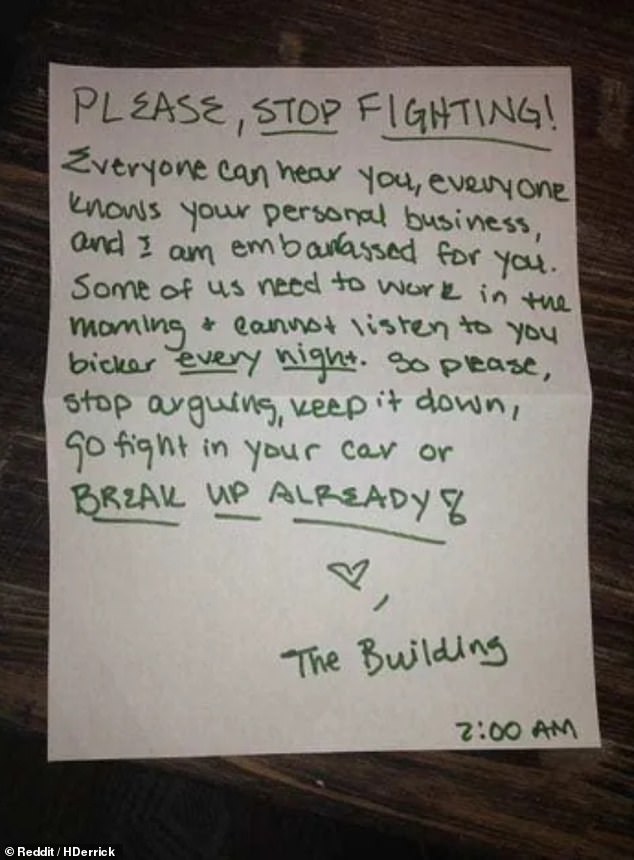 Time to break up? When you’re receiving notes about how chaotic your relationship is, signed by everyone who lives in the building, passive aggressive or not, the advice may be worth taking 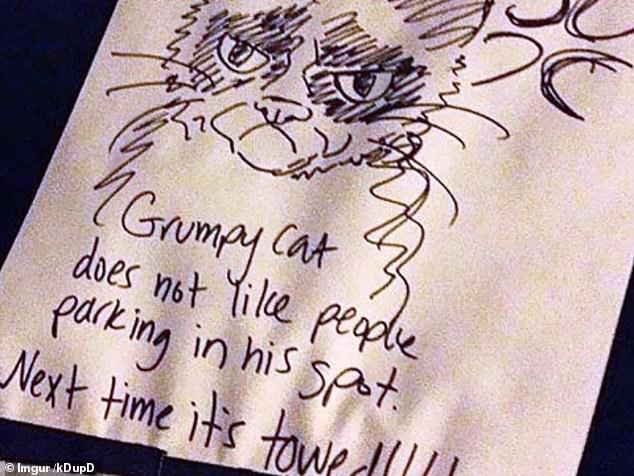 There’s nothing like adding a little levity to the threat of towing someone’s car, this writer tried to take the sting out their note by adding a cartoon cat 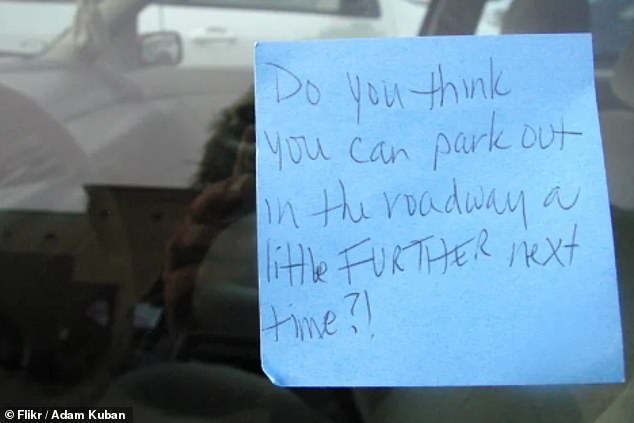 Nothing screams passive aggression like a little sarcasm. Or, as this note so amply demonstrates, a lot of sarcasm 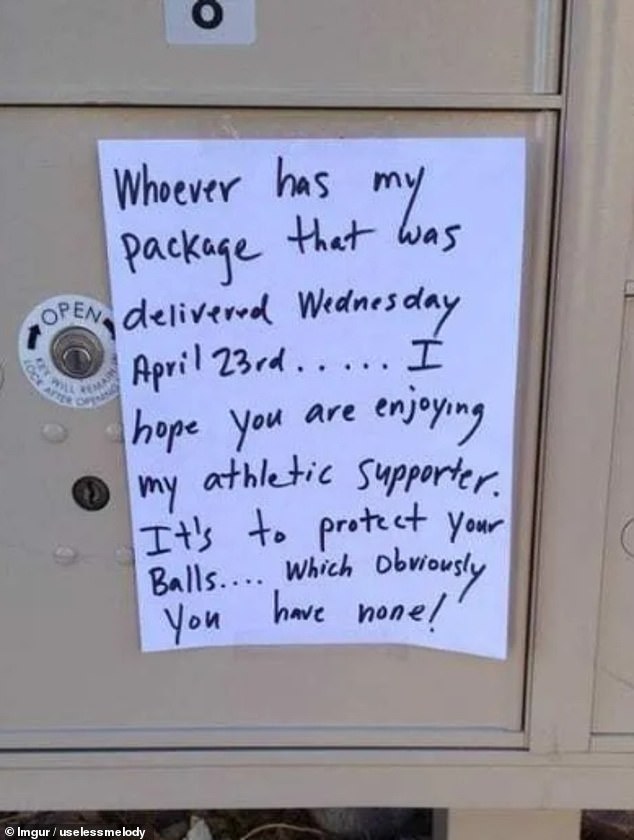 Although this person said they hope that whoever stole their athletic supporter is enjoying it, the insult they sign off with suggests that may have been a passive aggressive lie