People from around the world have shared their biggest fears about having a homeless family member.

Anonymous users have taken to the sharing app Whisper to reveal the realities of having a loved one living on the streets, with many admitting they often don’t know how to find or get in contact with them.

Among the confessions is an individual from California who claims to be plagued with constant fear that their homeless mother is either dead or has been physically harmed.

Another person, from Kansas, said people look at them differently when they speak about their father being homeless. 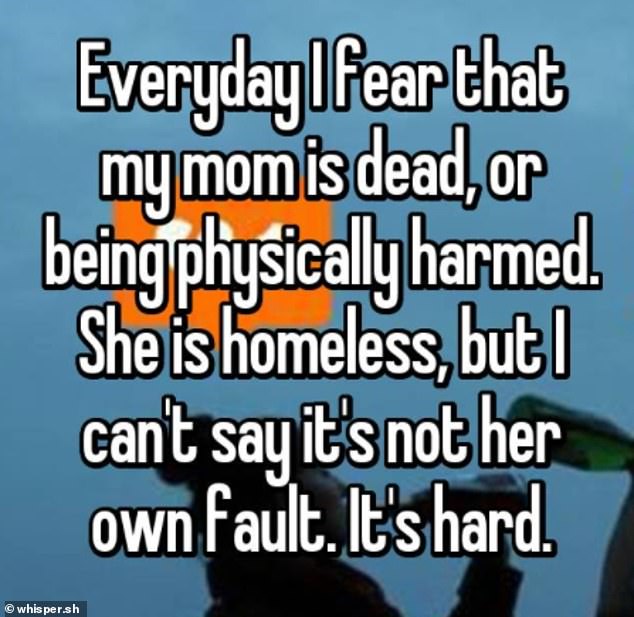 People from around the world took to anonymous sharing app Whisper to reflect on having a homeless family member – including an individual from California, who constantly fears their mother has been physically harmed 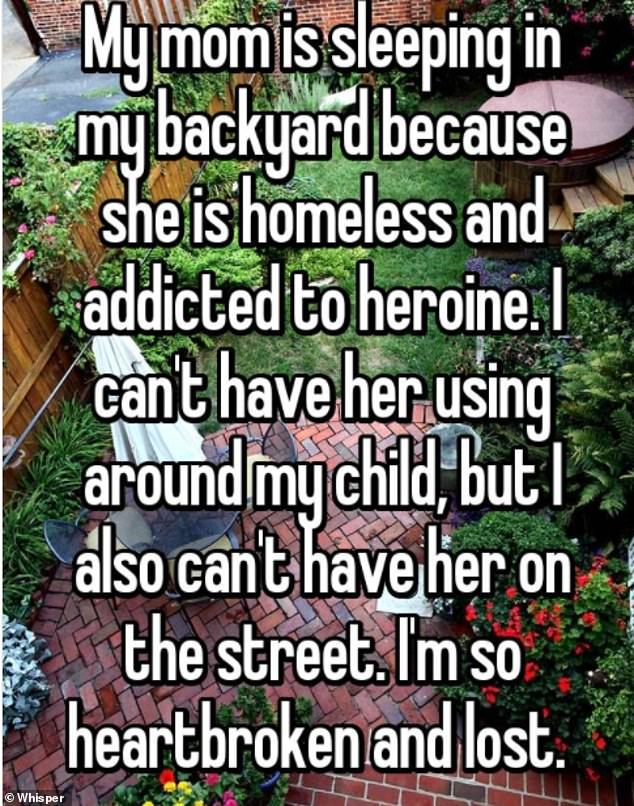 Another individual, from California, admitted to being heartbroken as they watch their mother sleep in their garden because of her drug addiction 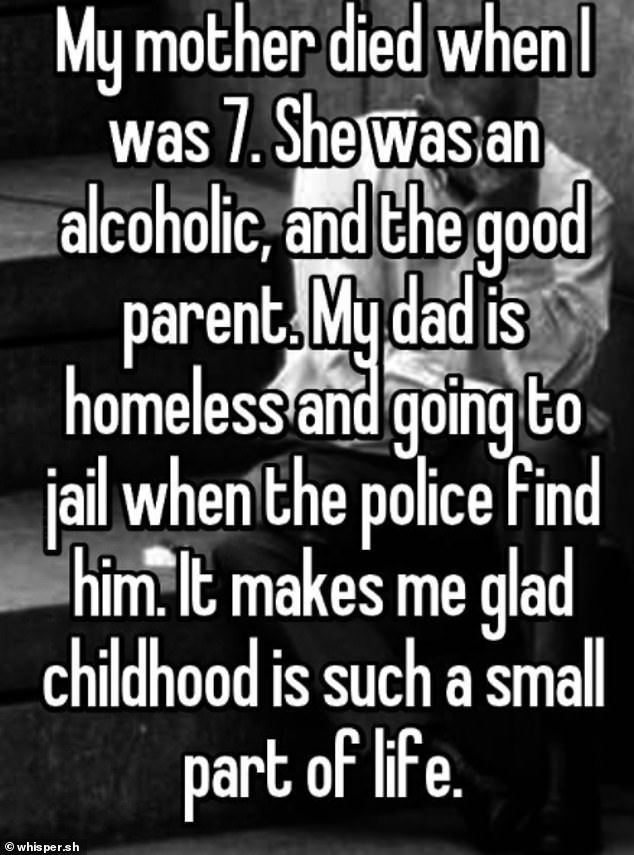 An adult, from Boston, confessed they are glad childhood is a small part of life because their homeless father is wanted by the police and their mother died of alcoholism 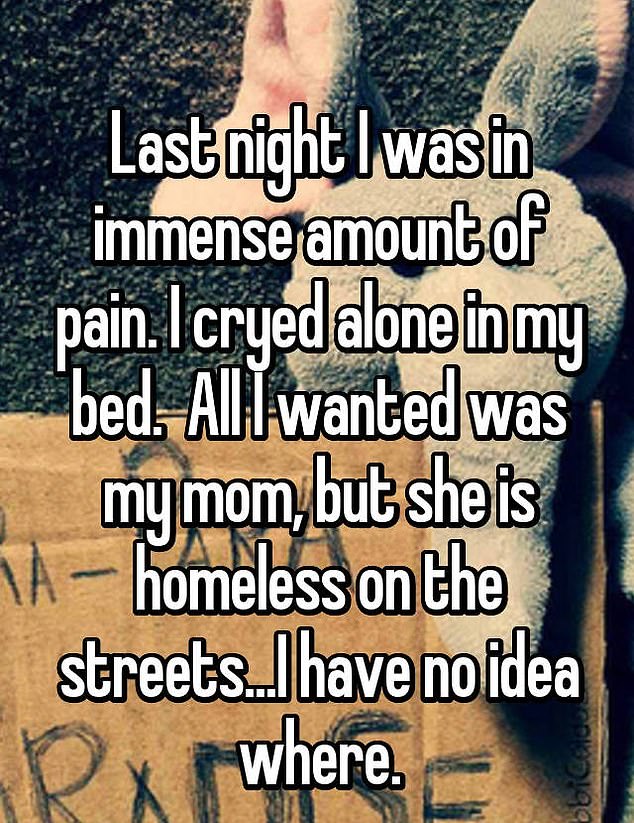 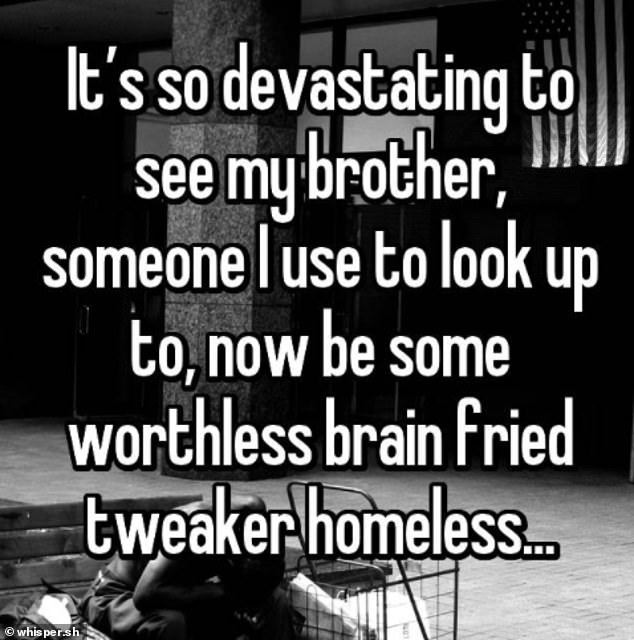 Another individual, from California, said it’s devastating to see the brother they once looked up to become homeless 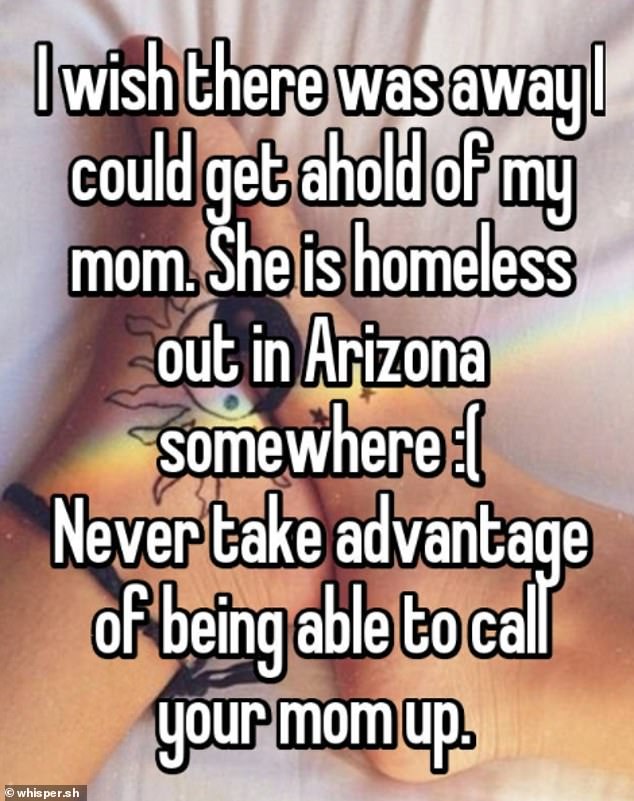 One person, from California, shared the challenges of being unable to contact their homeless mother who is somewhere in Arizona 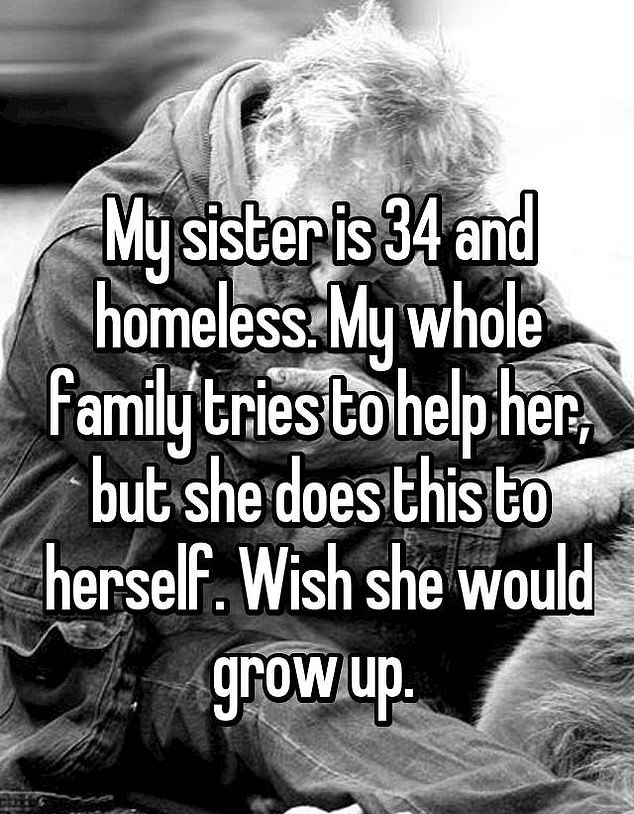 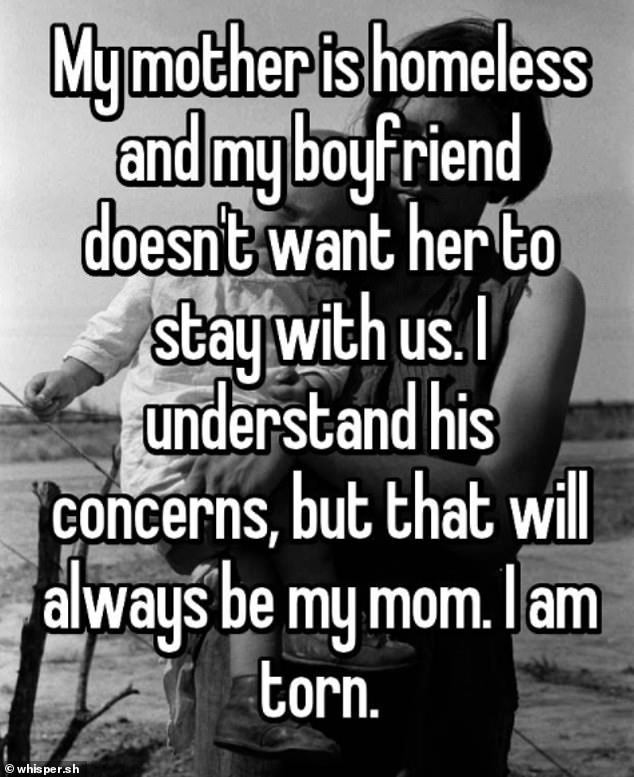 A woman, who lives in Oklahoma, revealed she’s torn because her boyfriend doesn’t want her homeless mother to stay in their house 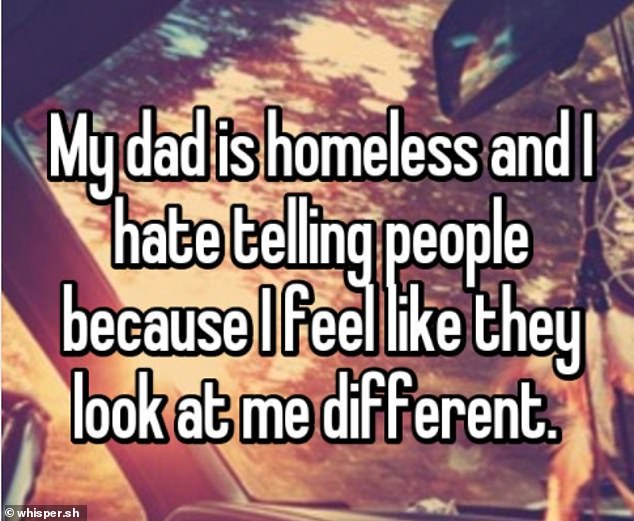 A Whisper user, from Coffeyville, said they hate telling people about their father being homeless because people look at them differently