Doggy style! Proud pet owners share their canines’ most hilarious poses – including one fireside snap that wouldn’t look out of place on Tinder

From a hot dog who struck a pose that wouldn’t go amiss on Tinder, to another who could be mistaken for a seal, these amusing photographs are sure to put a smile on your face.

The images were shared by pet owners from around the world and were compiled in a picture gallery by Go Social.

One photo shows an attention-seeking pooch who slipped under the fence in a bid to get noticed, while a second captures the moment a hound was caught diving into its owner’s bag.

Another learned that the grass isn’t always greener after rolling around on the fresh lawn and turning an entirely different shade. 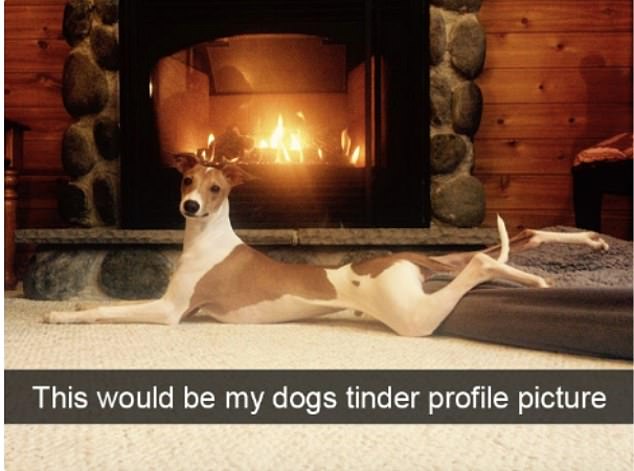 Model material! This hot dog struck a pose in front of a fire which wouldn’t go amiss on his Tinder profile 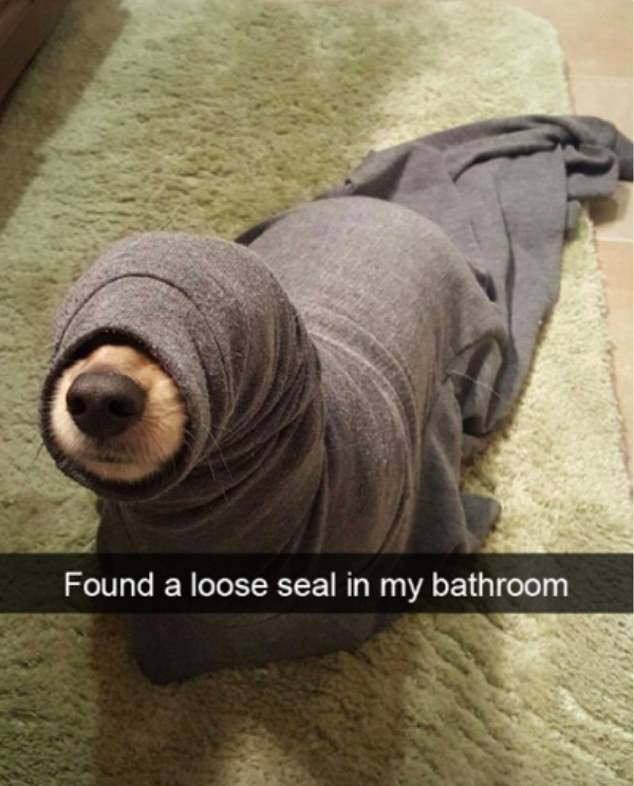 Sealed up! One chilly pooch decided to get wrapped up – but took it too far and ended up looking like a seal 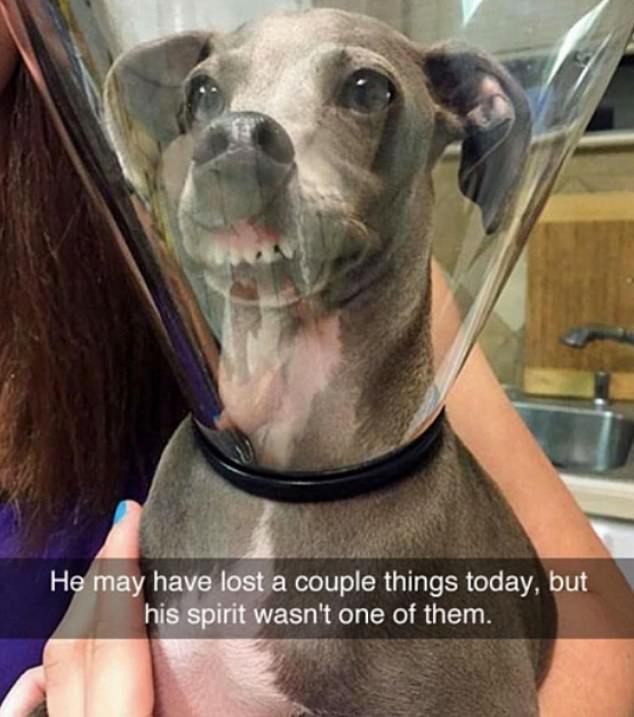 Grin and bear it! This brave pooch may have undergone nasty surgery, but he still came out smiling 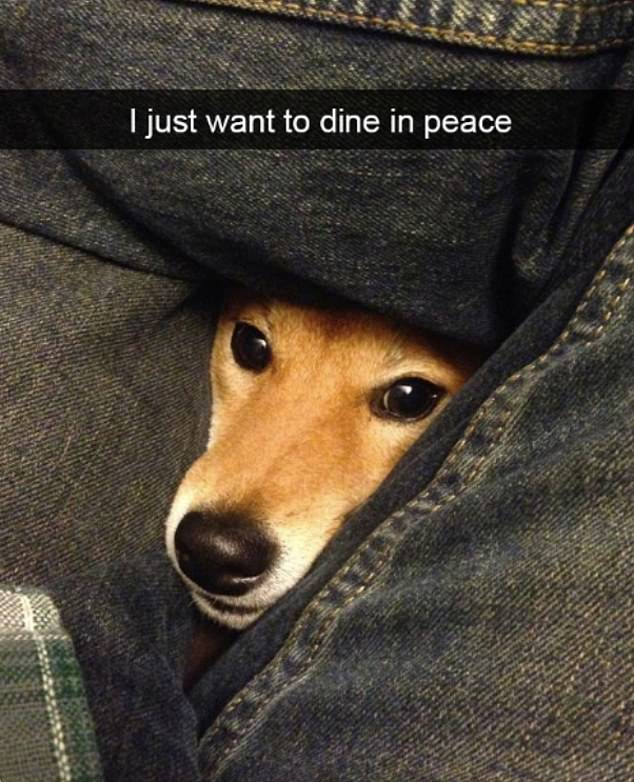 Hide and peep! This owner tried to tuck into his dinner in peace, but was rudely interrupted by a certain someone who wanted to get in on the action 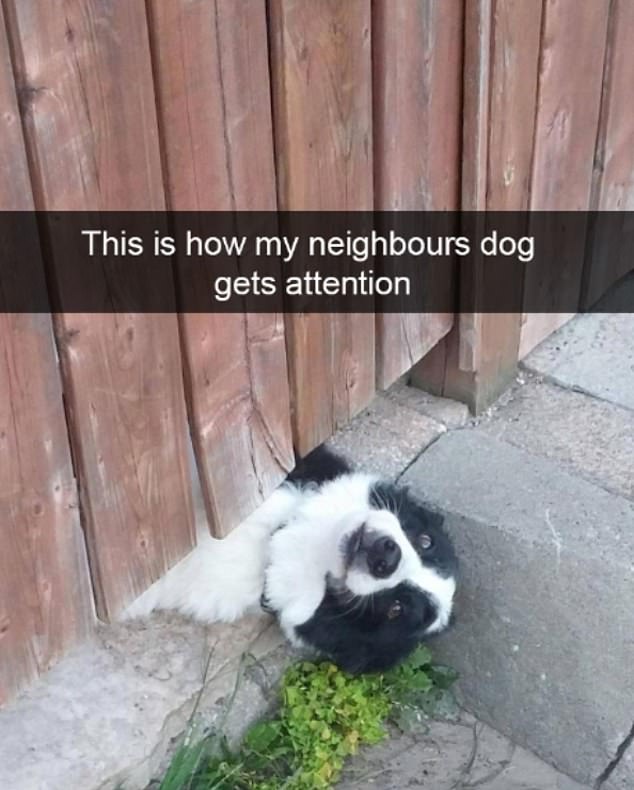 Peek-a-boo! There’s no sitting on the fence as far as this black and white dog is concerned. He often slides under in a bid to get attention… 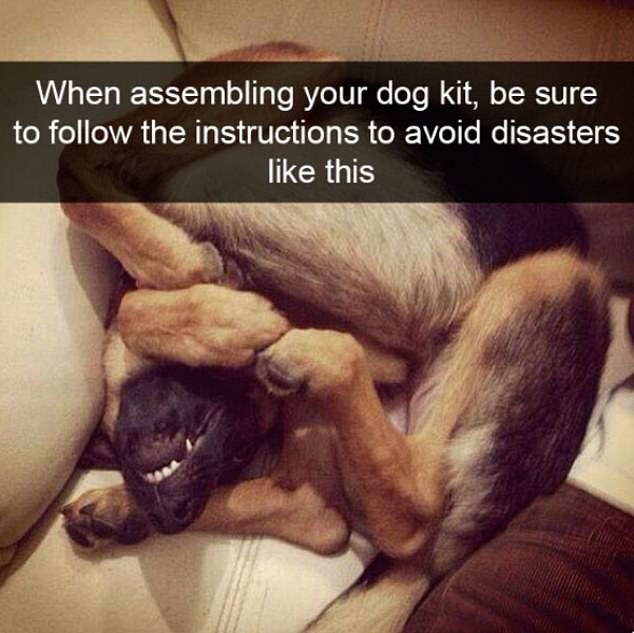 Doggy style! One owner’s pet got himself in a position that wouldn’t look amiss in a game of Twister 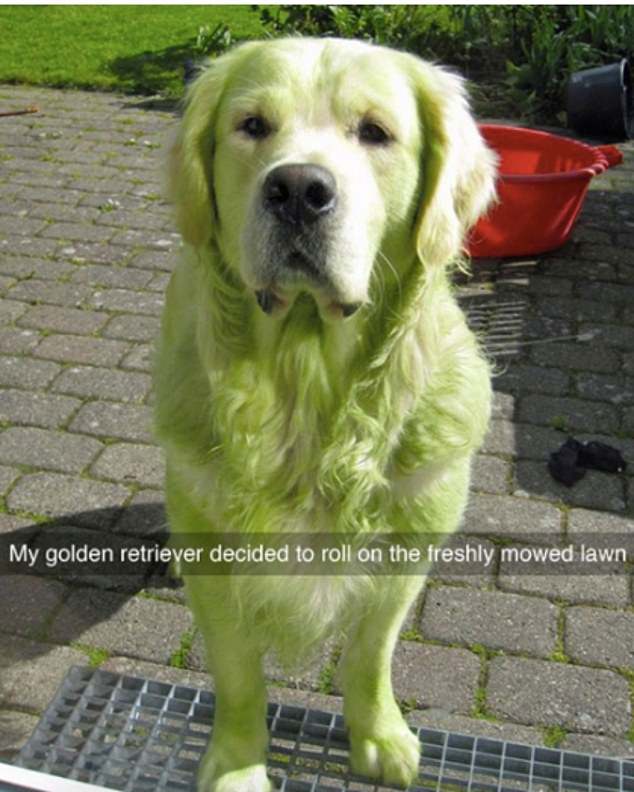 In the dog house! It took for this golden retriever to turn a nice shade of green for her to realise the grass isn’t always greener 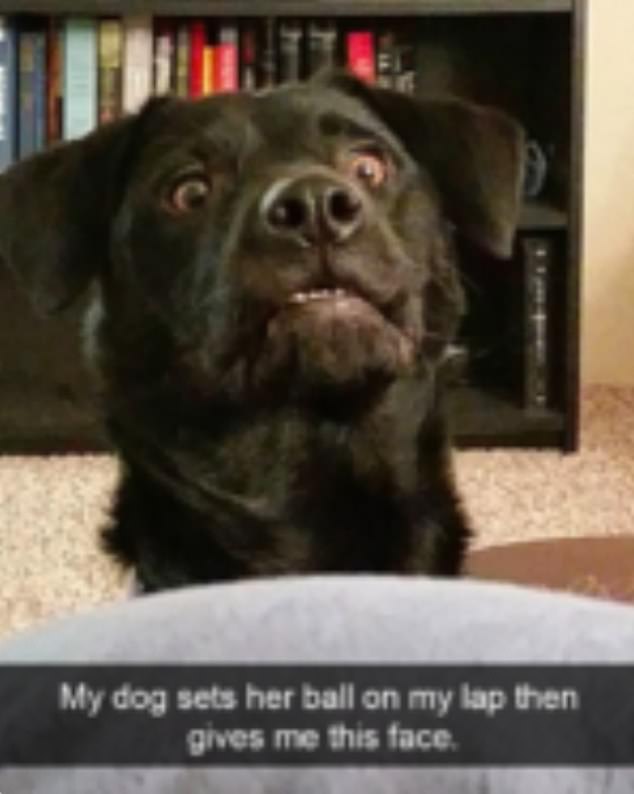 On the ball! This hound has a habit of dropping his toy on his owner’s face, and then giving her this very expression 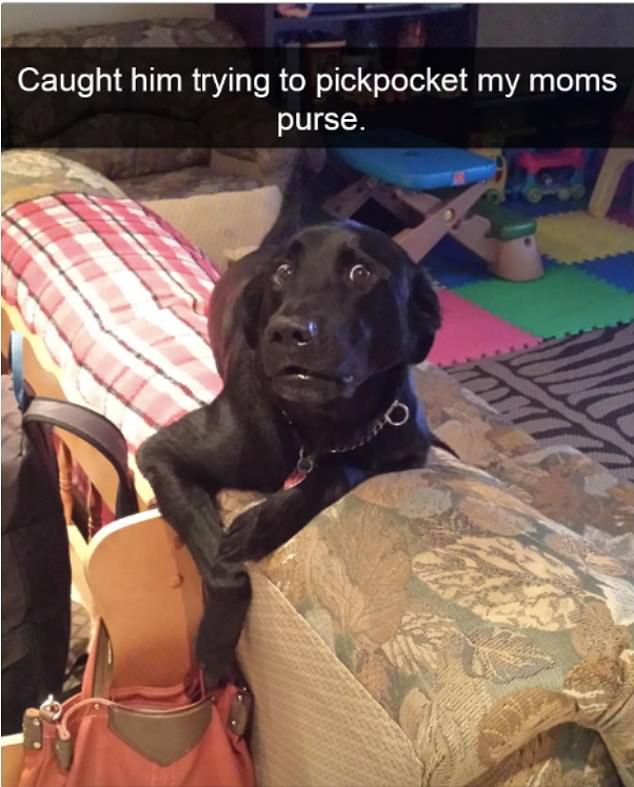 Doggy bag! This pooch couldn’t look more guilty as he was caught in the act diving into his owner’s bag 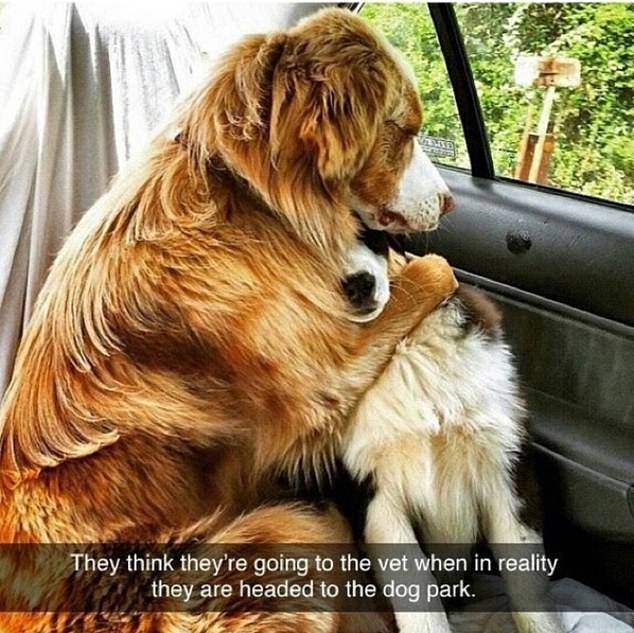 We’re in this together! These two pets showed the real meaning of puppy love when they comforted each other thinking they were going to the vets 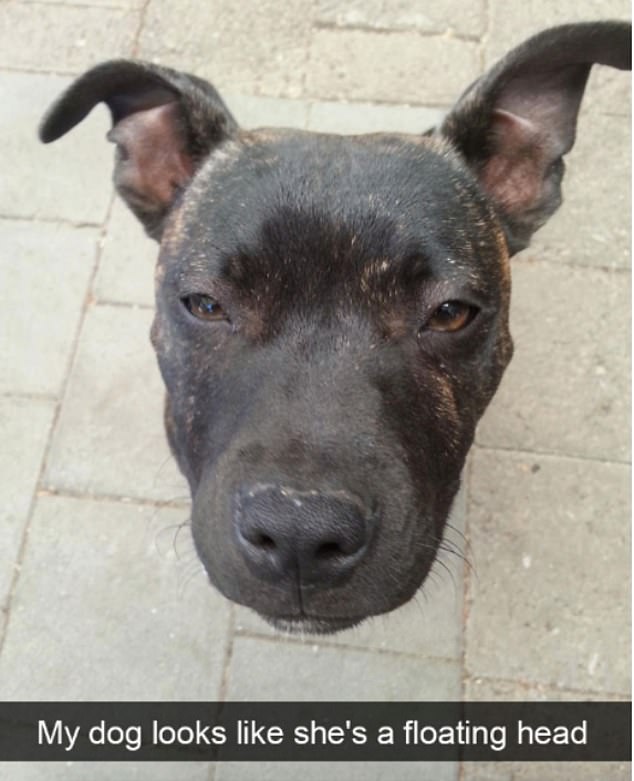 Ahead of the rest! After attempting to capture a cute picture of her pooch, one woman was shocked by the outcome 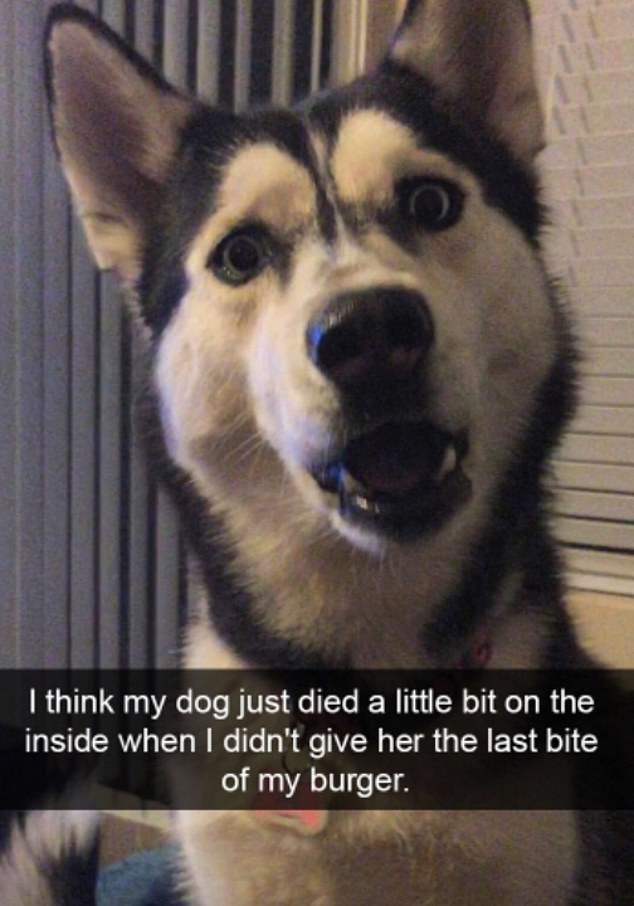 Food for thought! The saying goes ‘it’s a dog-eat-dog-world’ – and this hound found out the hard way when he was deprived of the last bite of his owner’s burger 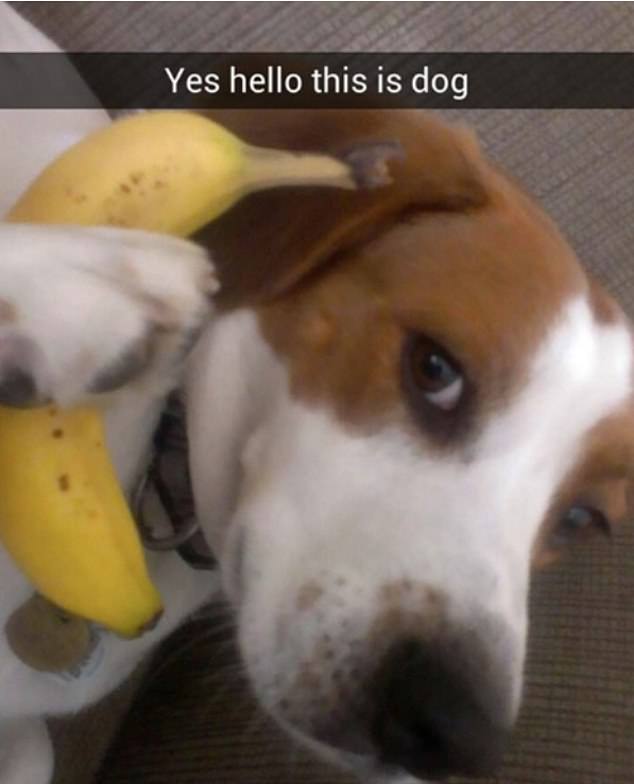 Dog and bone! This pooch proved he’s one top banana as he replicated a phone call using a piece of fruit 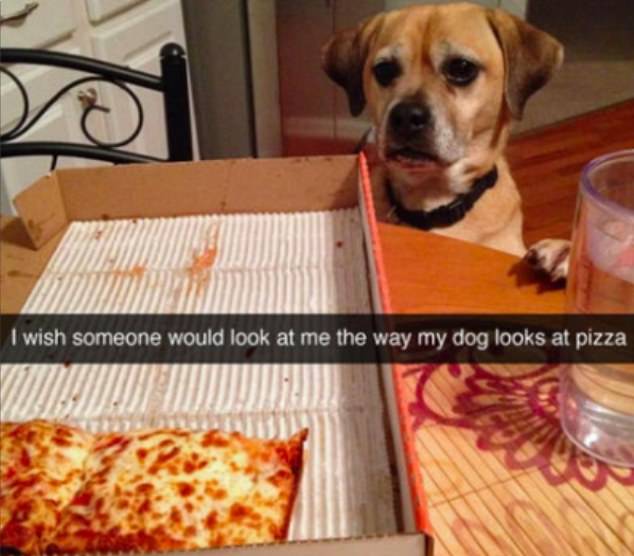 A dog’s dinner! By the disappointed look on his face, this hound is gutted he didn’t get a pizza the action 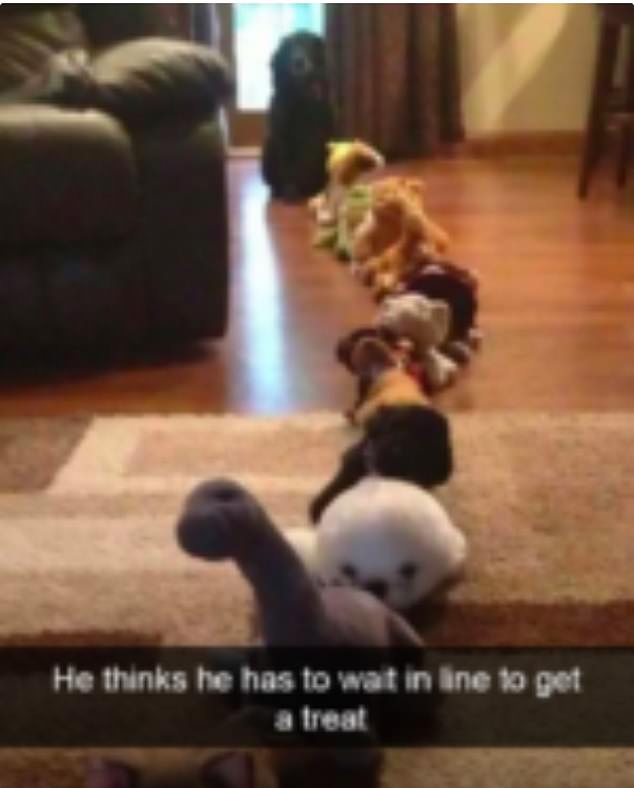 Get in line! One pet owner decided to trick her dog into believing he had to get to the back of the queue to get a treat 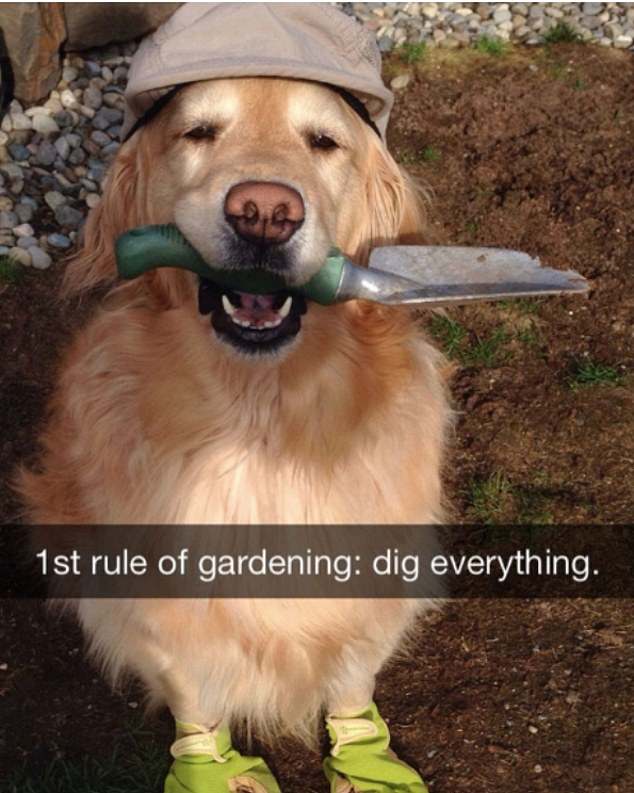 Digging it! Hats off to this long-haired hound who dressed appropriately for a spot of gardening 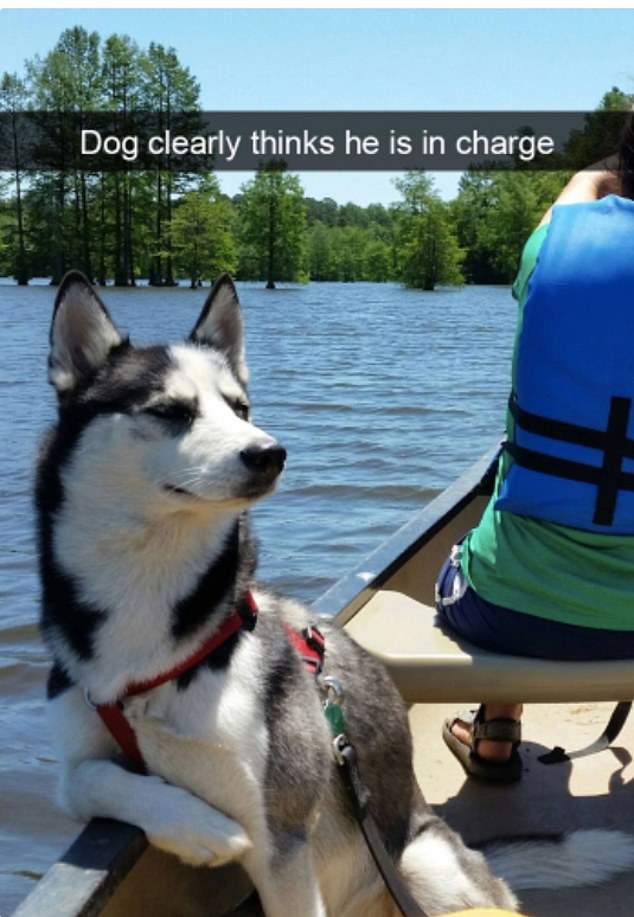 All aboard! This hound decided to take charge when he headed out on a boat trip – and gave a whole new meaning to sea dog 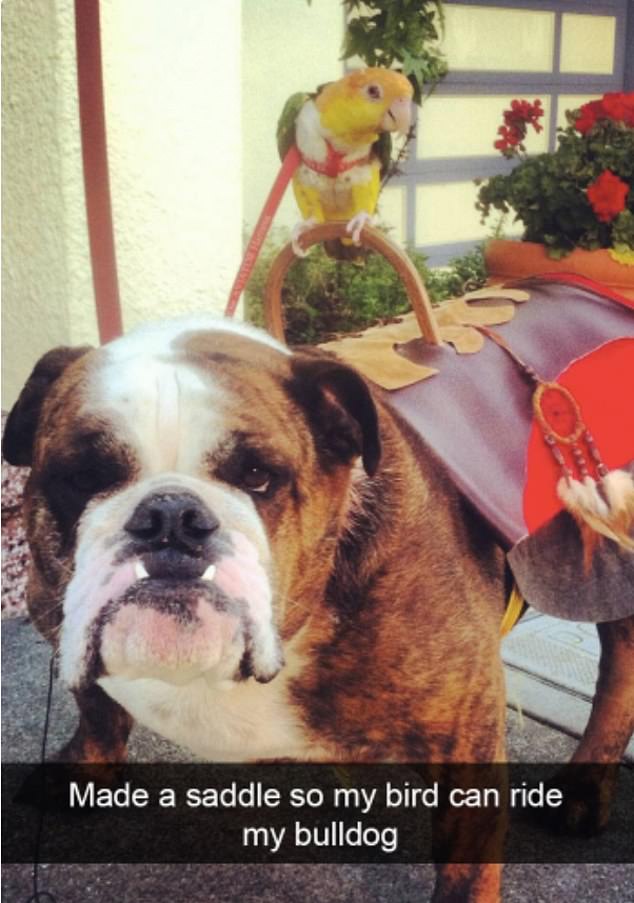 What a tweety pie! By the look on his face, this hound wasn’t too impressed to be giving a helping hand to his bird companion