Pete Allegedly Texts Kanye He's 'In Bed' With Kim K. While Defending Her 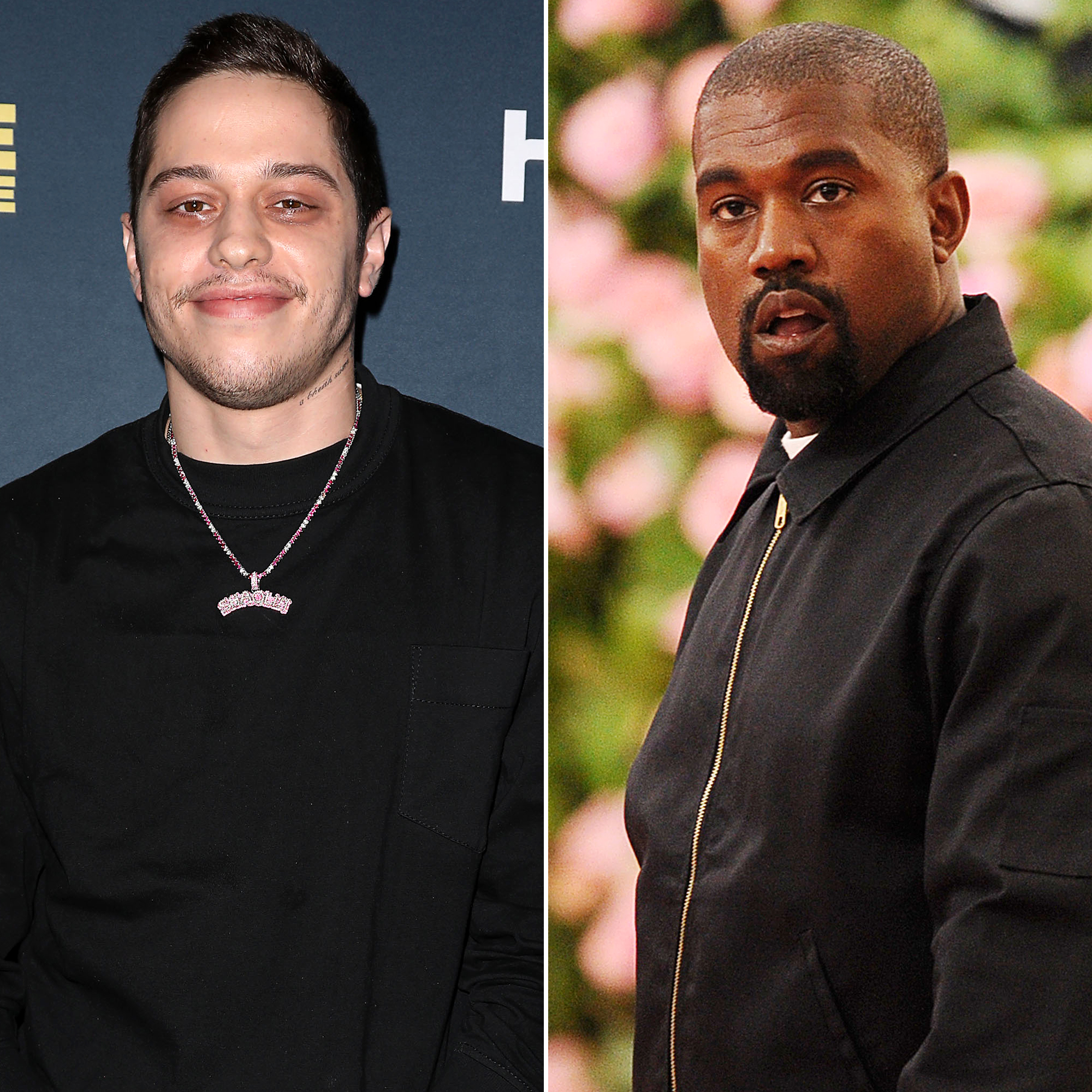 Even more to say. After Kanye West posted a series of explosive videos about estranged wife Kim Kardashian and their coparenting struggles, he dropped a serious allegation about her boyfriend, Pete Davidson.

“God, I just need to protect my children,” West continued in his Sunday Instagram video, referring to the estranged pair’s four children: North, 8, Saint, 6, Chicago, 4, and Psalm, 2. “You protect the children [and] I know our nannies, some of them are Christian. You touch them, please God, today and have them bring my children to Sunday Service this morning. The devil ain’t gonna win, this is gaslighting.”

West went on to say that the Keeping Up With the Kardashians alum has helped get “Black people outta prison” amid her law school education before further bashing the Saturday Night Live star, 28.

“You know who puts Black people in prison? The person your boyfriend has a tattoo of: Hillary [Clinton]. You understand the setup here?” West alleged in his social media upload, referencing Davidson’s ink of the former Secretary of State’s face.

While the New York native is not active on Instagram, the alleged text messages were shared via his friend Dave Sirius’ account, an SNL writer and The King of Staten Island coproducer.

“Yo it’s Skete, Can you please take a second and calm down,” Davidson allegedly wrote to the rapper. “It’s 8am and it don’t gotta be like this. Kim is literally the best mother I’ve ever met. What she does for those kids is amazing and you are so f—king lucky that she’s your kids mom. I’ve decided I’m not gonna let you treat us this way anymore and I’m done being quiet. Grow the f—k up.”

In response, West allegedly replied by asking the comedian where he was “right now,” which is when Davidson snapped a bedroom selfie. He captioned it, “In bed with your wife.” 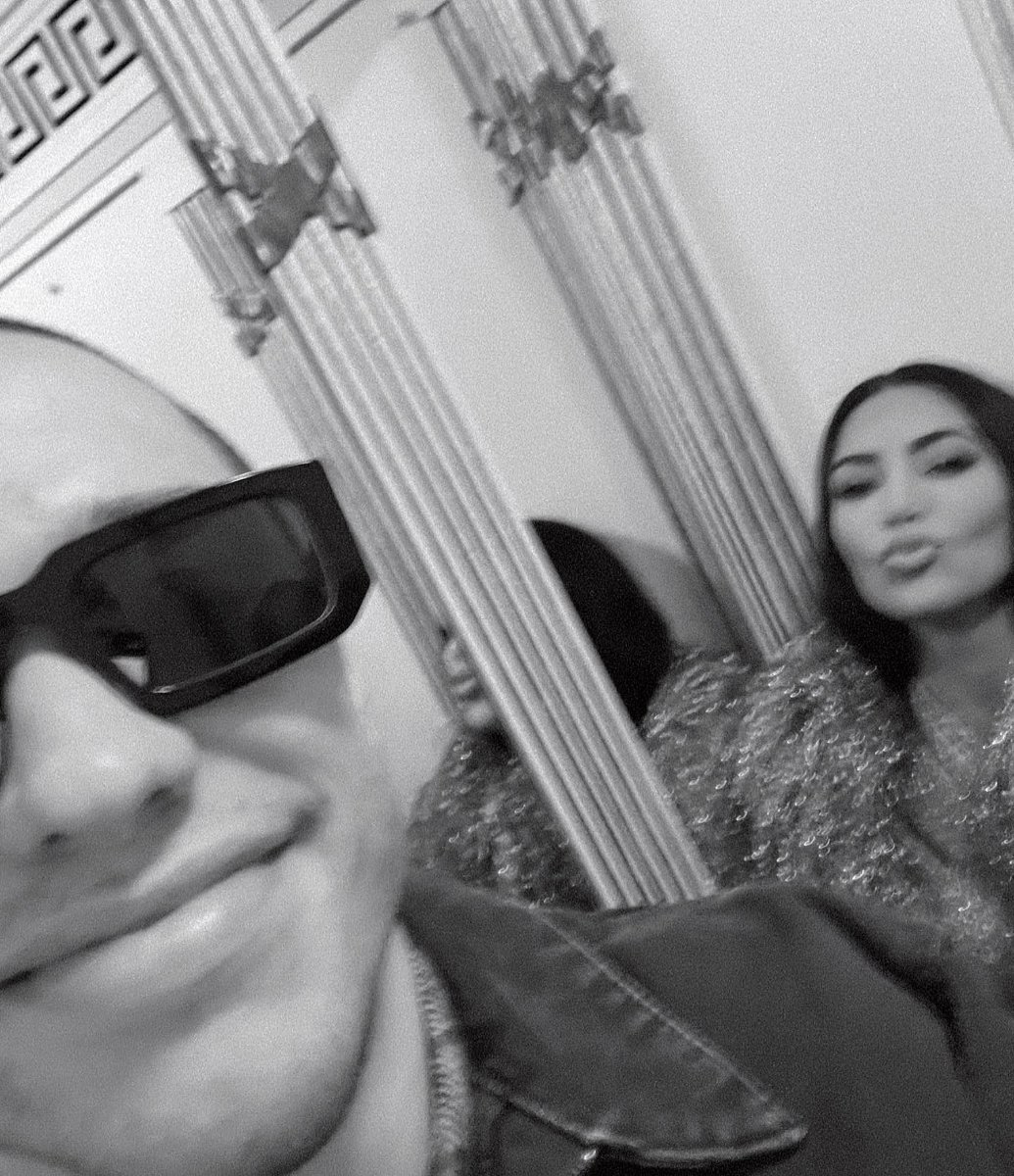 The “Jesus Walks” musician then apparently told Davidson: “Happy to see you’re out the hospital and rehab.”

Davidson replied: “Same here. It’s wonders what those places do when you go get help. You should try it. I’m in La [sic] for the day if you wanna stop being a little internet b—ch boy and talk.”

“You don’t scare me bro. Your actions are so p—y and embarrassing. It’s so sad to see you ruin your legacy on the daily.”

The rapper told the comedian to come to his Sunday Service if he wanted to chat, but Davidson refused to meet in public. “I’m not here for pictures and press. Which is obviously all you care about,” the screenshots read. “My offer stands.”

Davidson, who was diagnosed with borderline personality disorder in 2017, opened up about his own wellness journey. “I struggle with mental stuff too. It’s not an easy journey. You don’t have to feel this way anymore. There’s no shame in having a little help. You’ll be so happy and at peace.”

The performer went on to claim he stopped Saturday Night Live from mocking West publicly. “You have no idea how nice I’ve been to you despite your actions towards me. I’ve stopped SNL from talking about or making fun of you which they’ve wanted to do for months, he added. “I’ve stopped stand up comedians from doing bits about you cause I don’t want the father of my girls kids to look bad out there.”

He continued in the alleged screenshots, “I have your back even though you treat me like s–t because I want everything to be smooth. But if you continue to press me like you have for the past 6 months, I’m gonna stop being nice.”

West made headlines hours earlier on Sunday, sharing a handful of videos slamming Kardashian and their coparenting arrangement.

“I don’t have custody, I had to fight to have my kids not on TikTok,” West alleged in another Instagram video at the time. “It’s always been a gang. It’s like we’ve never had Christmas anyplace else other than one location. … I’m a dad, I have an opinion. I’m an American, I’m a Christian, I’m an entrepreneur and I’m not controlled.”

The KKW Beauty founder and Davidson were first linked in October 2021 after reconnecting during her SNL hosting debut. The pair even shared a brief stage kiss during an Aladdin-inspired sketch on the variety series. While their romance continued to heat up, West has taken issue with their connection by sharing several social media disses about Davidson. He even featured an animated version of the Freak Brothers star being buried alive in a startling music video for his song “Eazy.”

“Pete is trying to make out like he finds Kanye’s pranks hilarious, but nobody really believes him,” a source exclusively told Us Weekly earlier this month, nothing that Davidson is trying to “downplay the impact” of the video. “He actually feels sorry for the guy, but at the same time, he just wishes he could be left alone.”