Pete Davidson Was 'Overjoyed' to Introduce Kim Kardashian to His Family 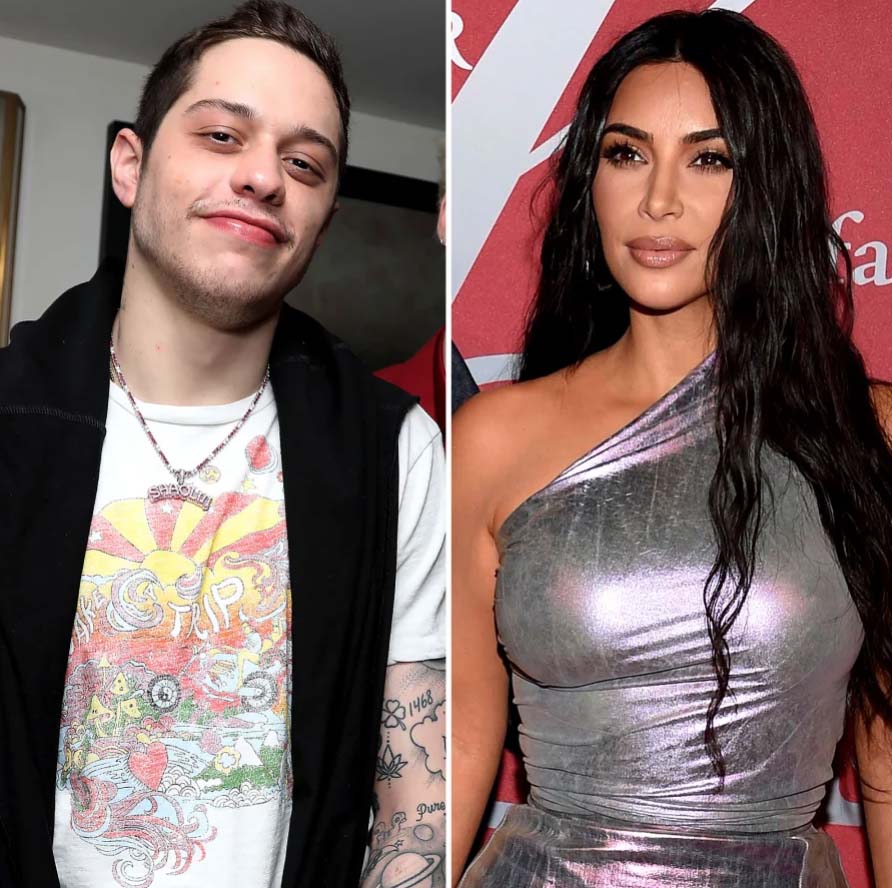 A major milestone! Pete Davidson took his relationship with Kim Kardashian to another level — meeting the family.

According to a source, Davidson, 28, “couldn’t wait” to introduce Kardashian, 41, to his grandparents during a recent trip to New York City. “It was definitely [the] next step in their relationship, and he’s overjoyed with getting to introduce his family to Kim,” the insider exclusively told Us Weekly.

The Skims founder originally sparked romance rumors with Davidson after they worked together during her Saturday Night Live hosting debut in October 2021. Earlier that year, Kardashian filed for divorce from Kanye West after nearly seven years of marriage. The former couple share North, 8, Saint, 6, Chicago, 4, and Psalm, 2.

The SNL star, meanwhile, has grown close to his girlfriend’s loved ones as well. Late last month, a second source revealed that Scott Disick had “taken a liking” to Davidson because of “how happy he makes” the KKW founder.

“He’s glad he has another male to lean on when it comes to the Kardashians,” the insider told Us about the Talentless cofounder, 38, who shares three kids with his ex Kourtney Kardashian. “Scott is protective of Kim and wants to make sure whoever she’s dating that she’s in good hands.”

Kim, for her part, recently gushed about her new man after being declared legally single. “I have the cutest pictures of us and I want to be like, ‘Oh, we’re so cute!’” she said about her bond with Davidson during an appearance on The Ellen DeGeneres Show on March 16. “I don’t know what the right thing to do is. I haven’t dated since before Instagram existed. I don’t know what the rules are [when it comes to posting a new relationship].”

The businesswoman also opened up about how devoted Davidson is to their relationship. “He has a few tattoos, a few cute ones that he got [for me],” she shared at the time, adding that the Meet Cute actor got “branded” on his chest. “I think he was just like, ‘I want something that’s there, that I can’t get rid of [it like] my tattoos. [He] just wanted it there as like, a scar.”

That same month, Kim teased that fans might get to see her dynamic with the comedian play out on her upcoming reality series.

“I have not filmed with [Pete]. And I’m not opposed to it. It’s just not what he does. But if there was an event happening and he was there, he wouldn’t tell the cameras to get away,” she told Variety. “I think I might film something really exciting coming, but it wouldn’t be for this season.”