Prince Gabriel of Luxembourg has replied to fans who wished him a happy birthday with a touching handwritten note.

Gabriel, the son of Prince Louis of Luxembourg and his ex-wife Tessy Antony turned 13 on 12 March, and sent out the polite missive co-signed by his brother Noah, who turned 11 in September

The royal fan behind the Royal Letters Instagram account shared a snap of the sweet greeting, which read: ‘Thank you incredibly much for your kind wishes, they gave us much pleasure.’

The cards were written in London on 25 April. 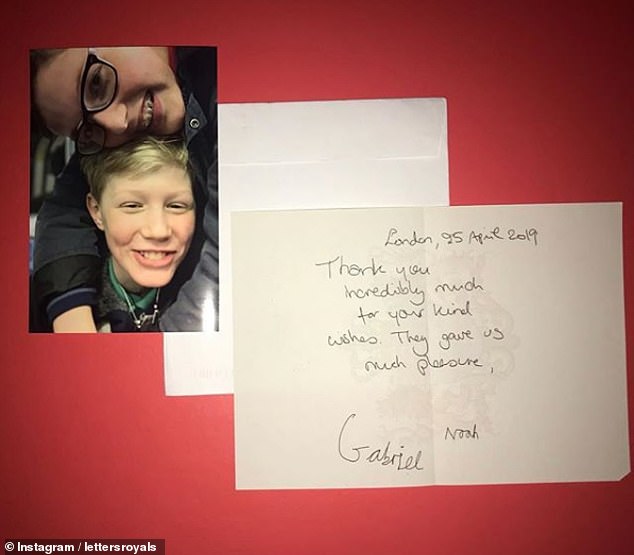 Pictured: Prince Gabriel has sent handwritten thank you notes and a picture to the fans who wished him a happy birthday on 12 March. The letter was co-signed by his younger brother Noah 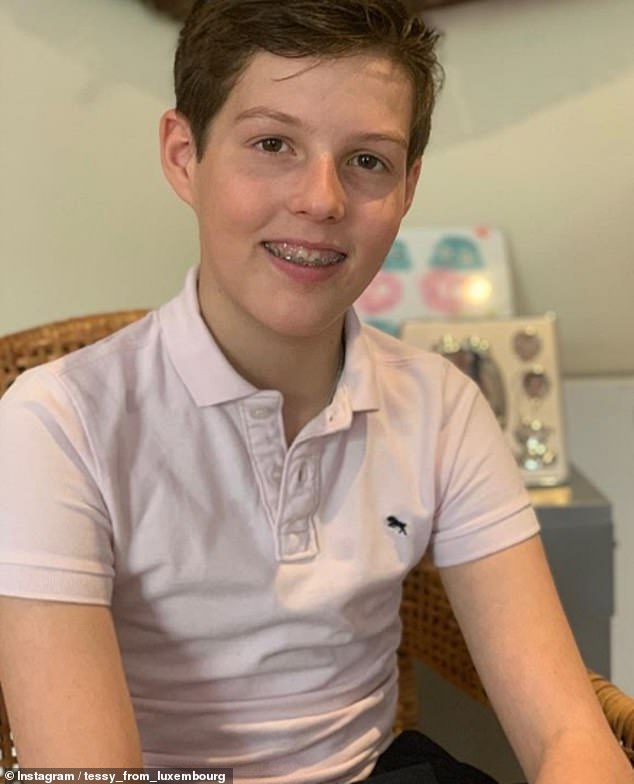 Prince Gabriel, 13, was raised in the United Kingdom with his brother Noah. In 2018, his parents Teresa of Nassau and Prince Louis of Luxembourg announced they would be separating

Enclosed with the letter was a picture of the two princes laughing and smiling, showing off Gabriel’s braces and glasses.

The two princes were raised in the United Kingdom where their parents moved to study at university.

Tessy and Prince Louis of Luxembourg, who met while serving in the army in 2004, announced in 2018 that they would be separating. Their divorce was finalised on 4 April 2019, and Tessy was stripped of her royal title.

On March 12, Teresa wished her son a happy birthday on Instagram, where she shared that he has a ‘very developed emotional intelligence.’ 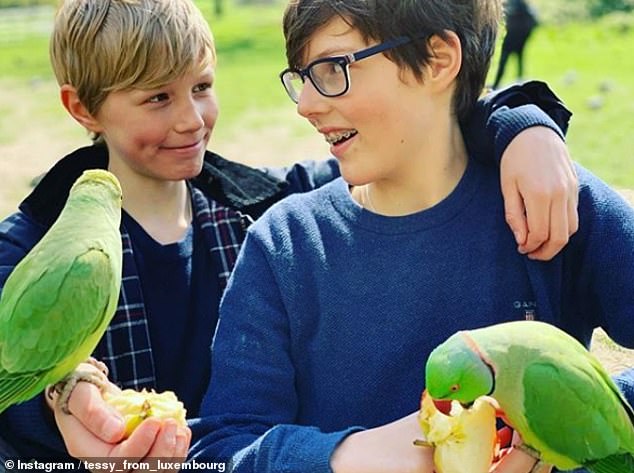 Pictured: Prince Noah and Prince Gabriel smiling at each other as they feed parrots for a picture 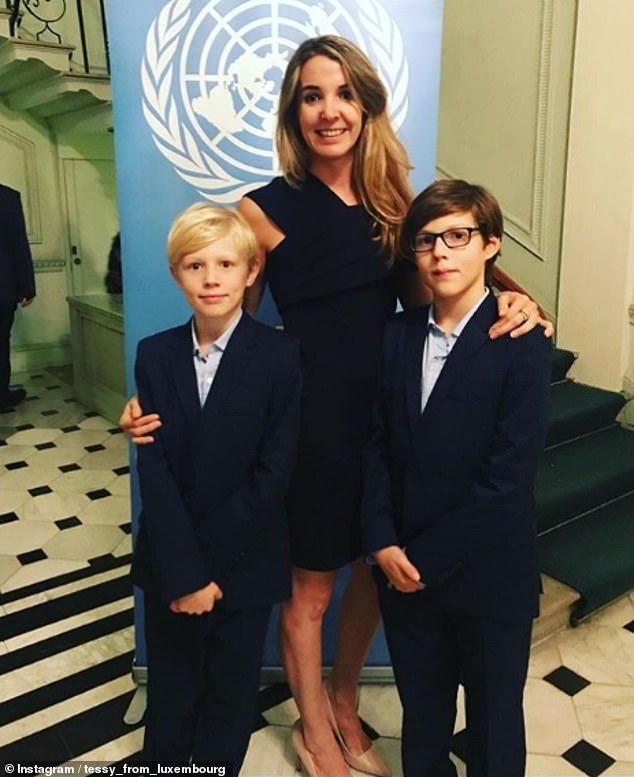 The two princes photographed with their mother Teresa ‘Tessy’ Antony at a Union Nation Event. She shared the picture to mark Valentine’s Day 2019, following her split from Prince Louis

She also revealed the young prince loves to play guitar and sing, as well as being a good athlete who loves polo and swimming.

She added that Gabriel is ‘passionate about making people happy and feel better about themselves’.

She said: ‘He invests a lot of time in others and their needs – often making his needs come secondary.’ 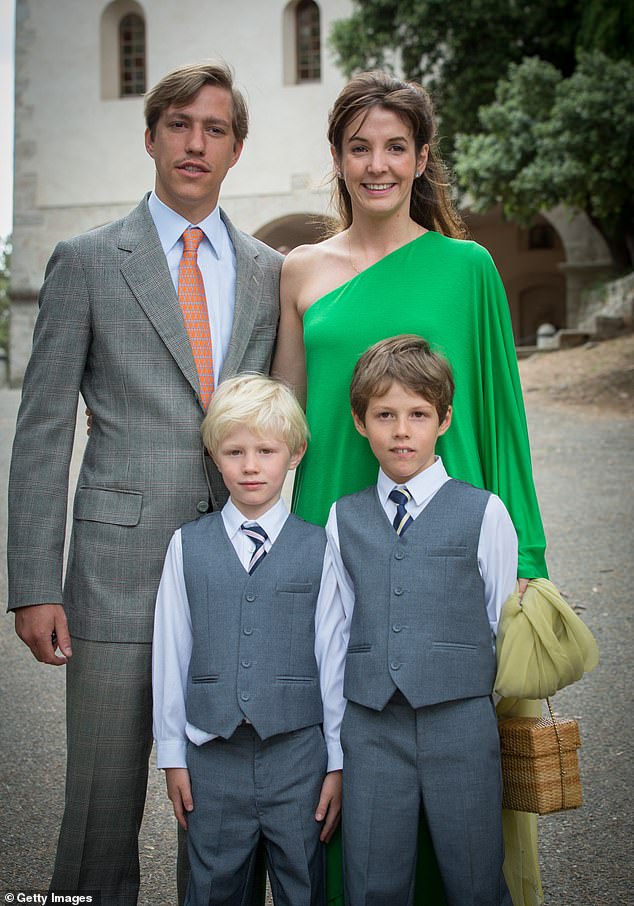 Tessy, who in 2017 was named Woman of the Decade by the Women Economic Forum for her work in women’s empowerment, now lives in London with Gabriel and her youngest son Prince Noah of Nassau, 11, while Louis lives in Paris. Pictured: the family together in 2014 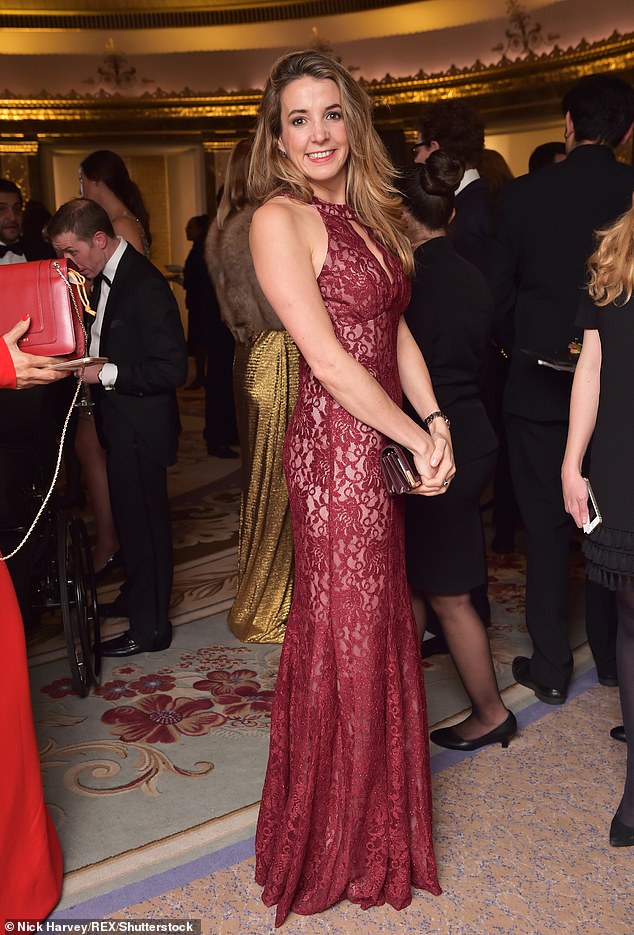 During the report, Tessy spoke about standing up for the Duchess of Sussex on Twitter following an article that criticised Meghan’s estranged father, Thomas Markle Sr., and sister Samantha Markle 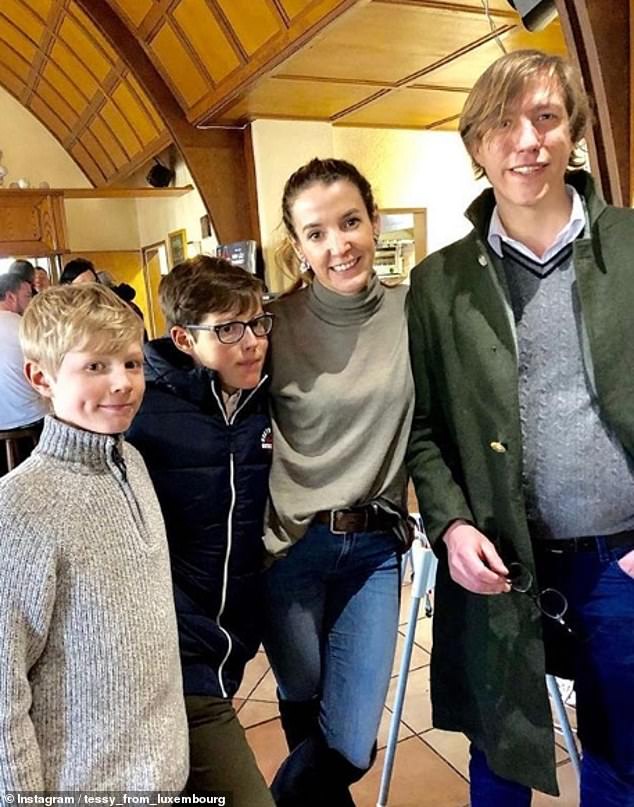 Born a commoner, Tessy joined the Luxembourg Army in 2002 at the age of 18, rising to the rank of corporal. Two years later, when she was one of a handful of female UN peacekeepers in Kosovo, she mett Prince Louis, who was visiting the army.

His family only became aware of their love affair when Tessy fell pregnant and gave birth aged 19, and unmarried, in September 2005, providing Grand Duke Henri with his first grandson.

It infuriated the royal family, and Prince Louis renounced any claim to the title of Grand Duke due to the constitutional crisis they had created by having a child out of wedlock.

When Tessy married Prince Louis in September 2006, six months after giving birth in a modest country church wedding, the Grand Duke stripped her of any claim to his title.

The couple’s fairytale marriage broke down in 2016, and they were granted a decree nisi in February last year.

Tessy, who in 2017 was named Woman of the Decade by the Women Economic Forum for her work in women’s empowerment, now lives in London with Gabriel and her youngest son Prince Noah of Nassau, 11, while Louis lives in Paris.

The philanthropist is the co-founder of social enterprise Professors Without Borders which aims to improve access to higher education across the globe.

She also works as a consultant, public speaker and is a UN Association patron. 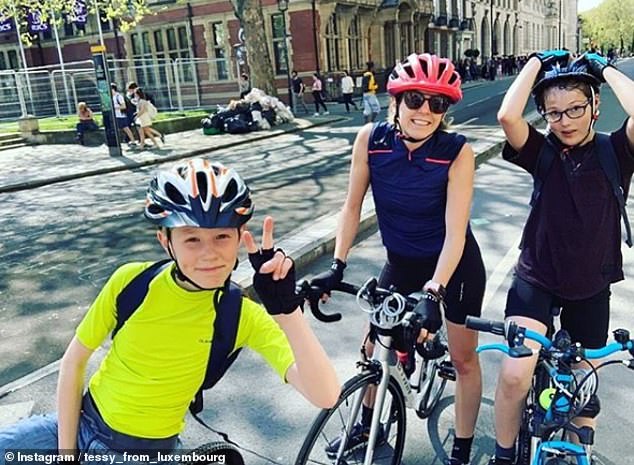