The Duke of Sussex looked suave tonight as he arrived on his own for a concert hosted by his charity Sentebale in Hampton Court Palace.

Harry, 34, wore a smart blue jacket over a crisp white shirt and grey trousers as he joined other celebrities including Katherine Jenkins, Gemma Arterton and Emilia Fox.

During the evening the Duke will welcome singer Rita Ora and Sentebale ambassador and spoken word artist, George the Poet – who will both perform to an audience of 3,000 people.

Prince Harry appeared solo at the event this evening, with wife Meghan Markle, 37, still on maternity leave to look after baby Archie.

The concert will raise funds and awareness for Sentebale, the charity founded by Prince Harry and Prince Seeiso Bereng Seeiso in 2006, to support children and young people affected by HIV and AIDS in Lesotho, Botswana and Malawi.

Other celebrities which joined him at the concert included actors David Harewood, James Norton, Tom Hardy and and athlete Denis Lewis. 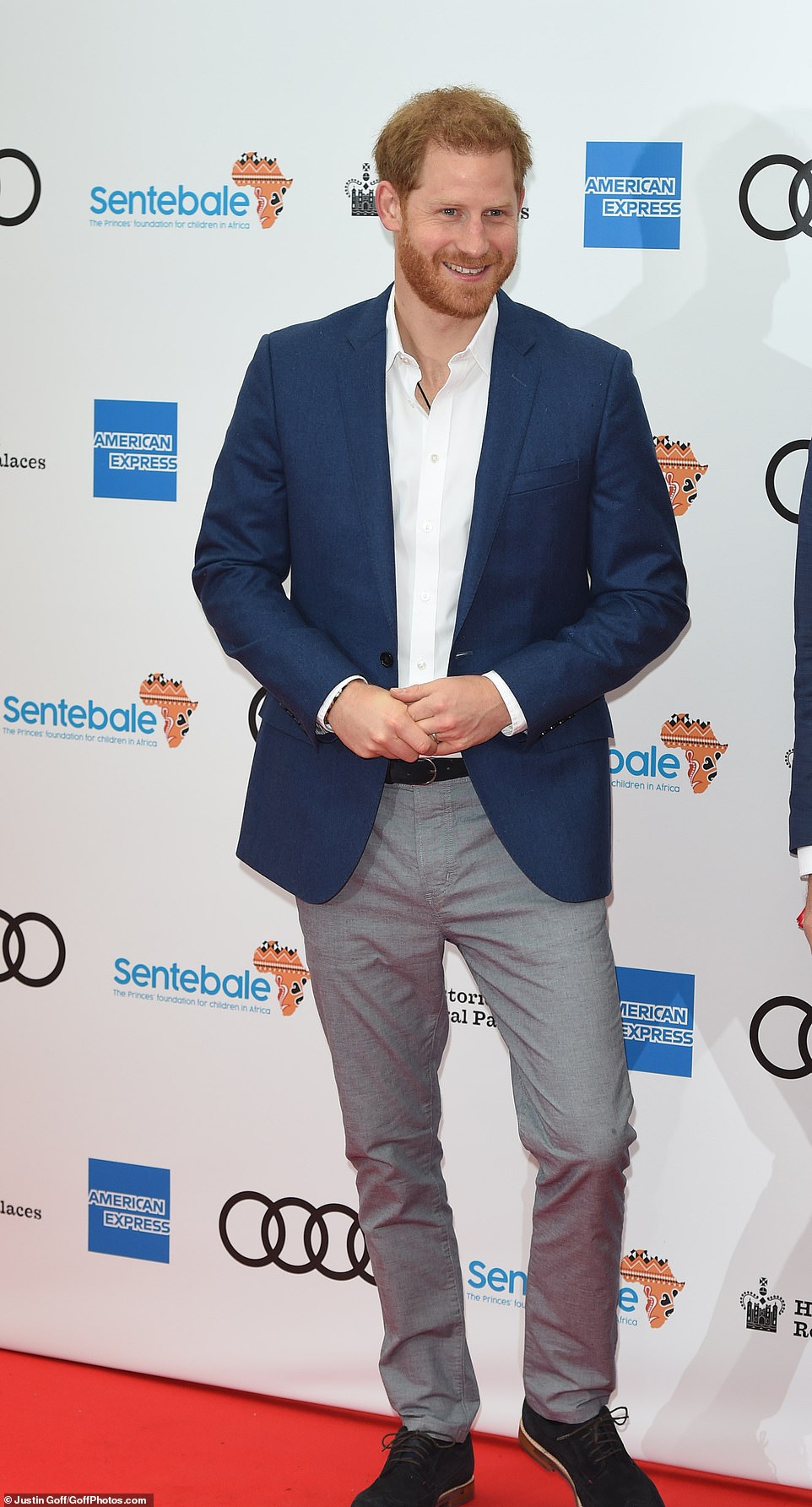 The Duke of Sussex, 34, arrived without Meghan for the concert hosted by his charity Sentebale and will greet celebrities 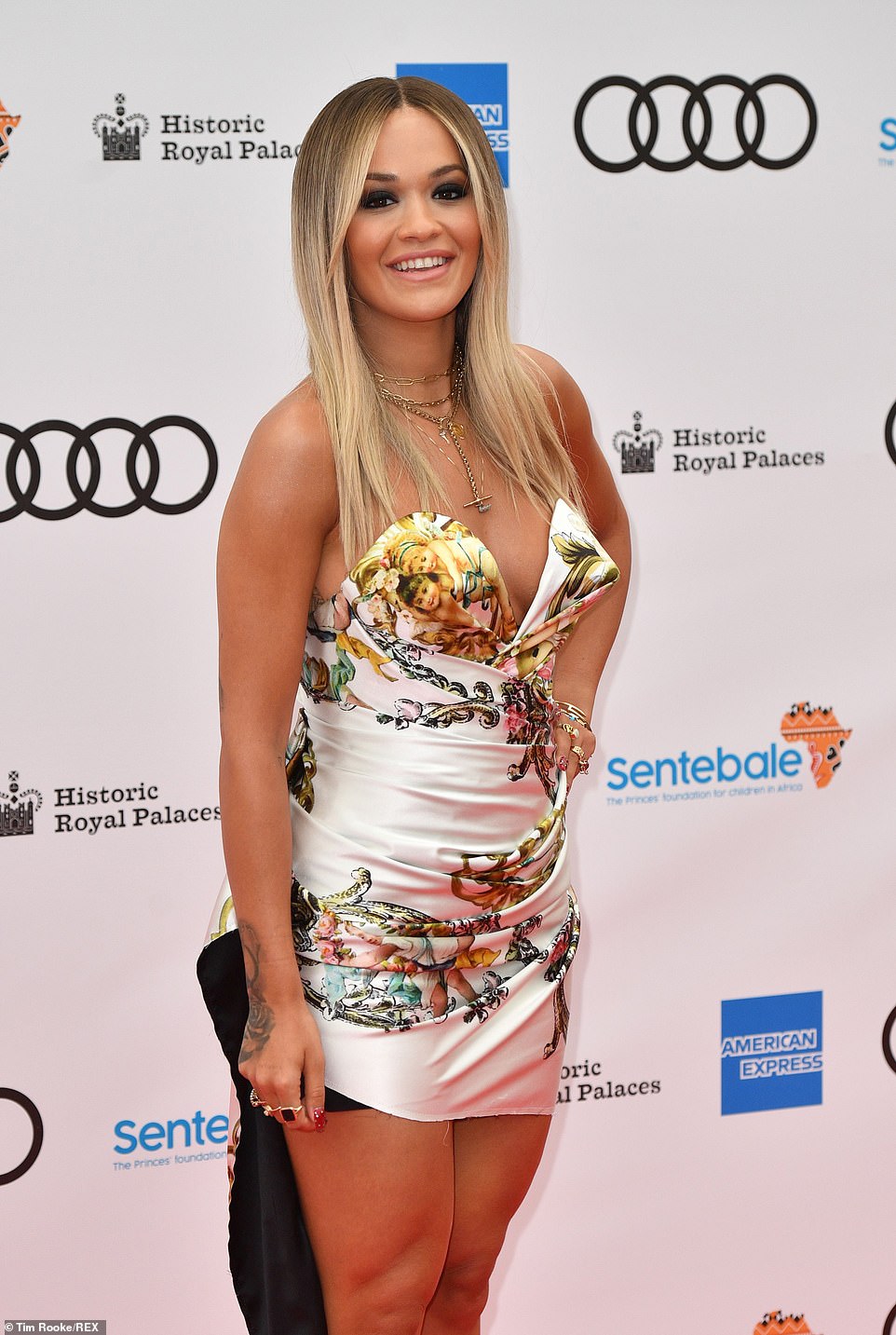 During the evening the Duke will welcome singer Rita Ora and Sentebale ambassador and spoken word artist, George the Poet – who will both perform to an audience of 3,000 people 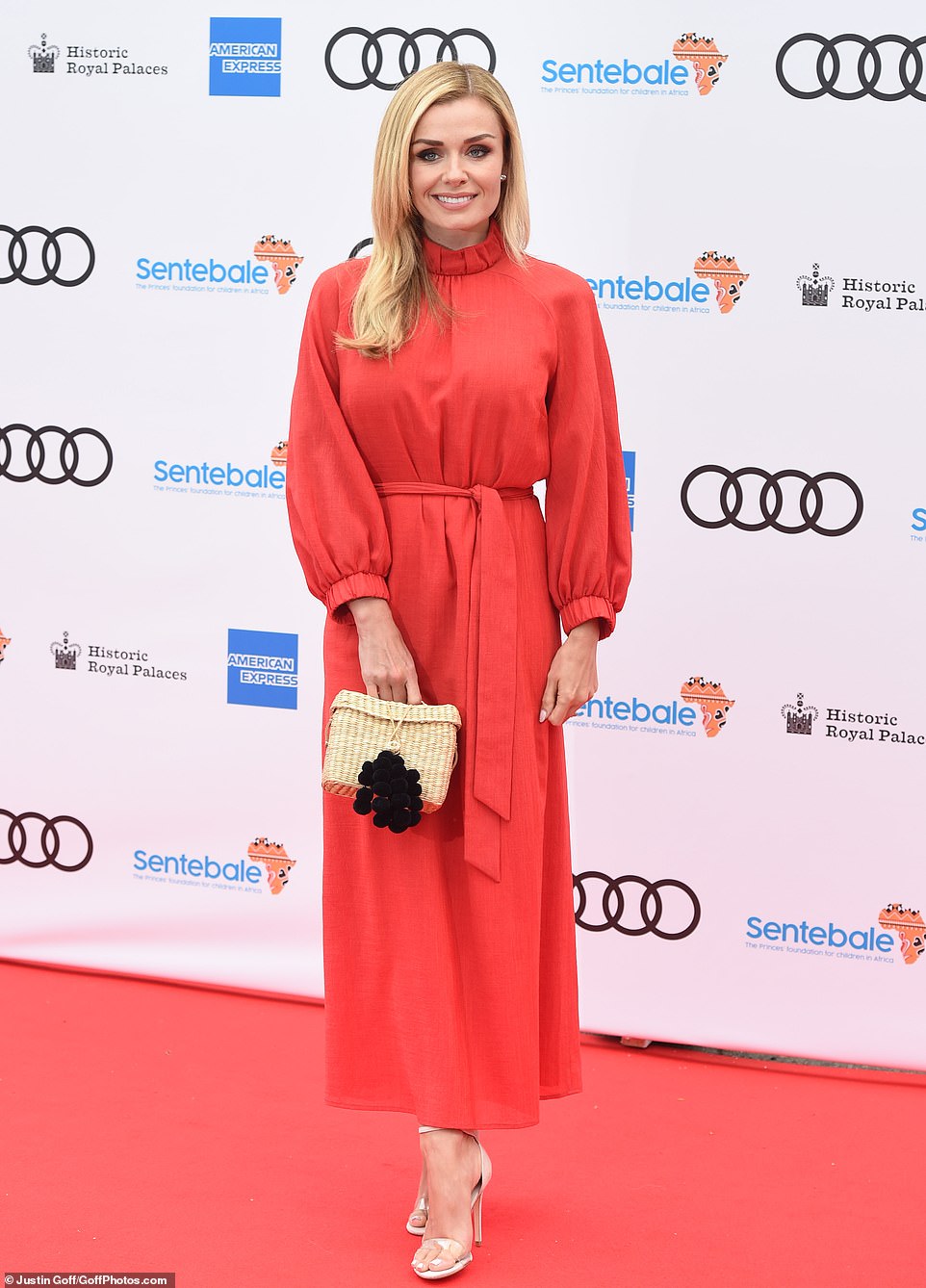 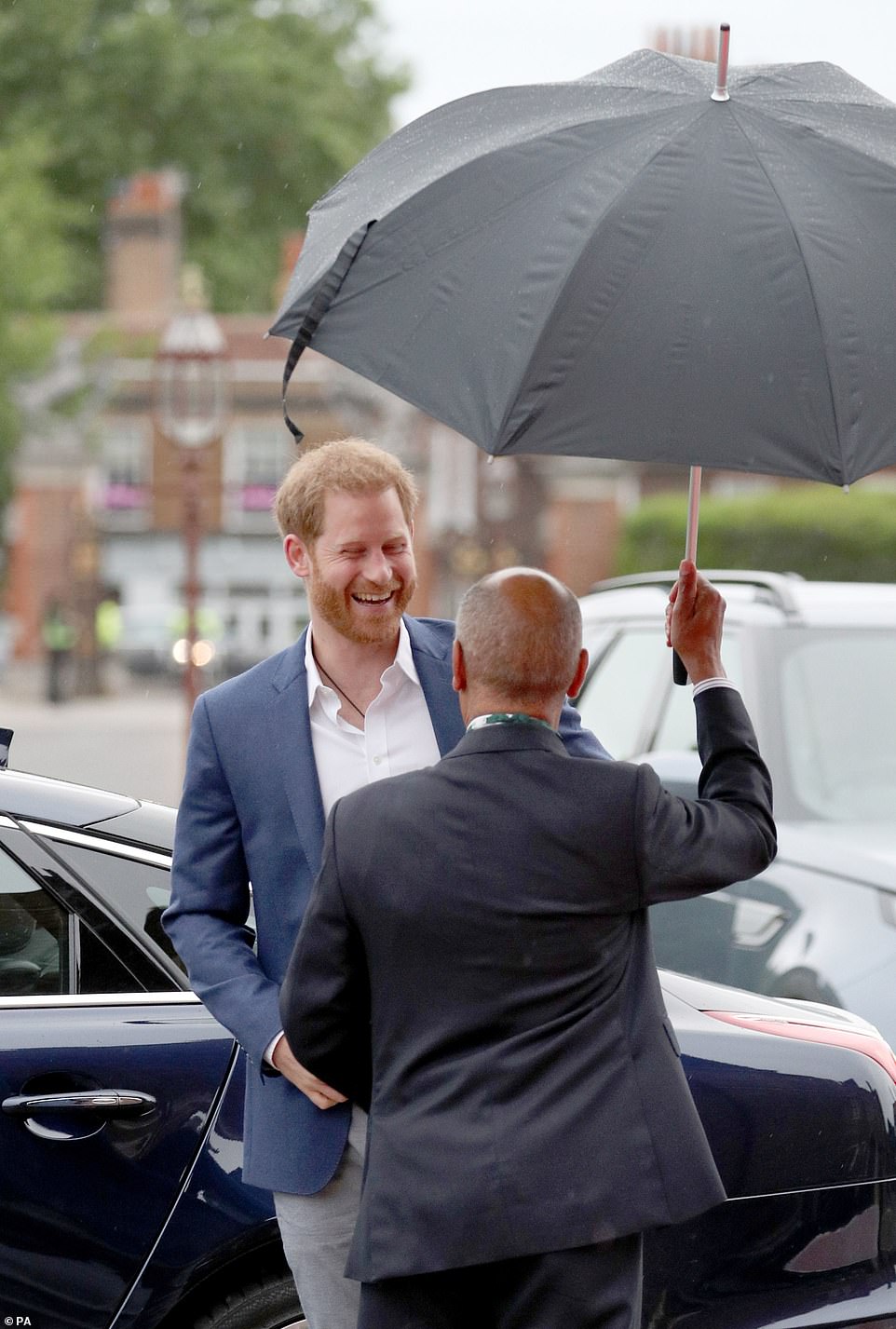 Harry, 34, wore a smart blue jacket over a crisp white shirt and grey trousers as he tried to to shield from the rain on Tuesday night 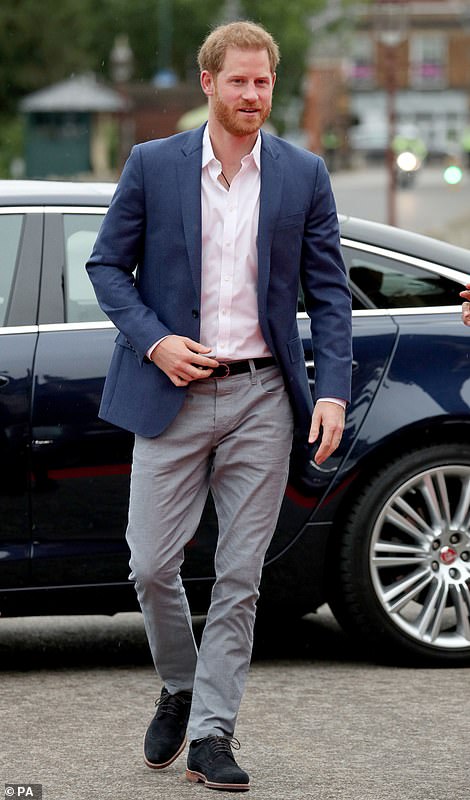 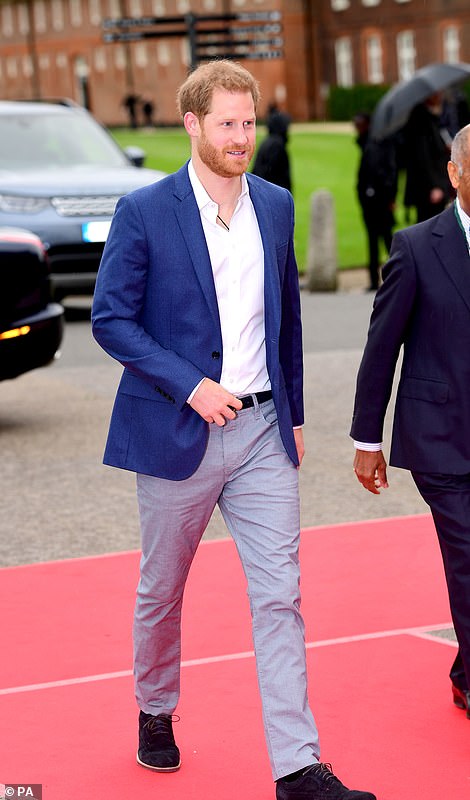 The Duke of Sussex arrived for a concert hosted by Sentebale in Hampton Court Palace, to raise awareness and vital funds for the Duke’s charity, Sentebale 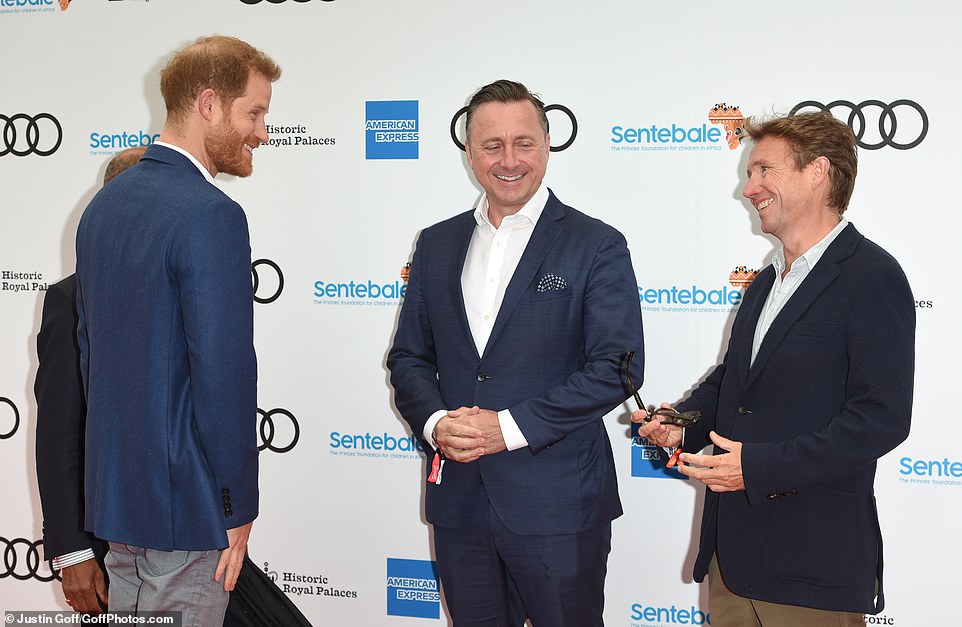 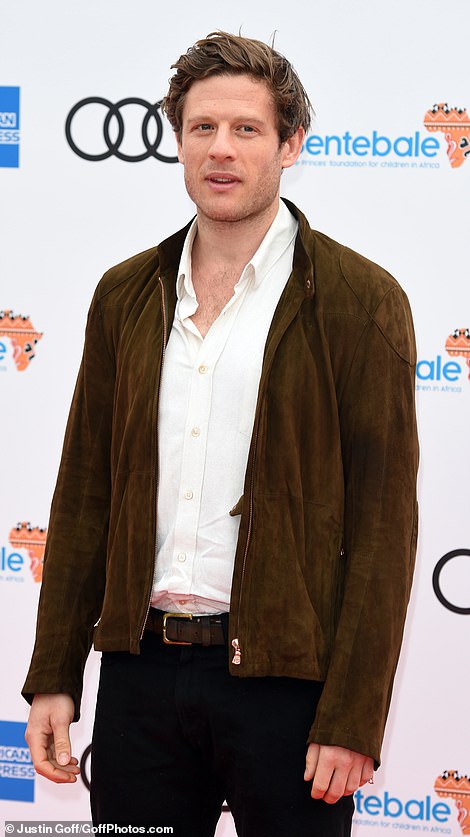 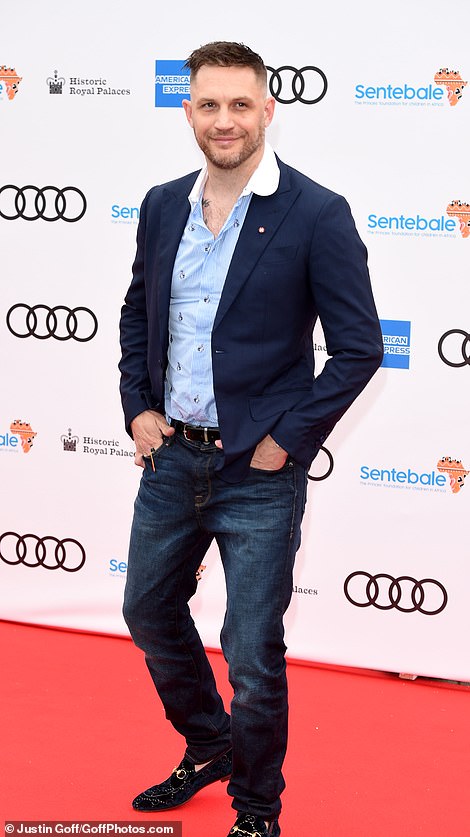 Actor James Norton (left) arrived at the concert to support the cause on Tuesday night, along with fellow actor Tom Hardy (right)

Prince Harry met Prince Seeiso on his gap year in Lesotho and was moved to help vulnerable children and young people in the country.

Funds raised from this concert will enable Sentebale to continue helping many more young people in southern Africa giving them hope and opportunity for the future.

Progress has been made over the last 20 years to reduce the number of new HIV infections globally and ensure people living with HIV access the treatment they deserve.

However stigma, discrimination and a lack of education surrounding HIV/AIDs means that HIV is still a leading cause of death in 10 to 19-year-olds in Africa. 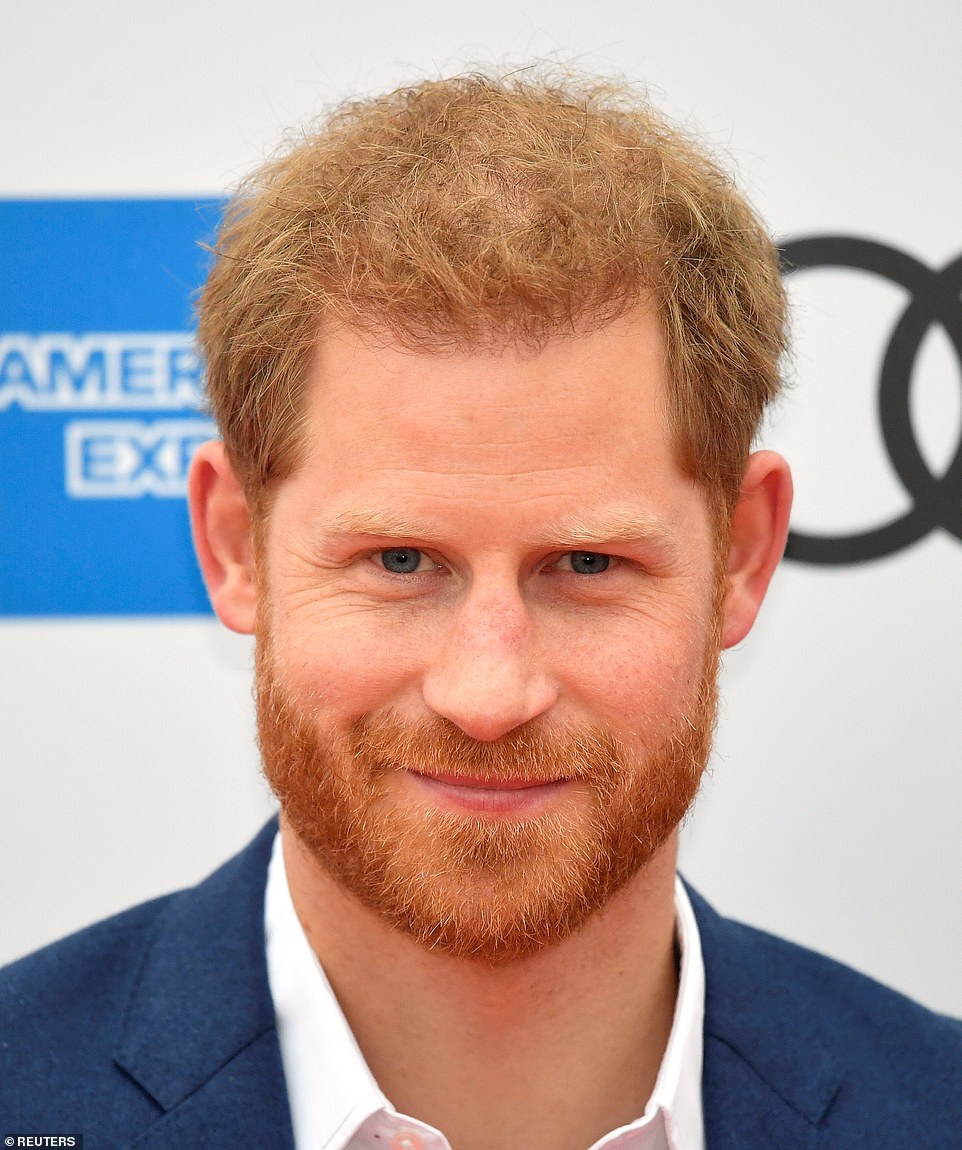 Prince Harry, the Duke of Sussex, poses as he arrives for the Sentebale concert in London where he will be greeted with celebrities such as Tom Hardy 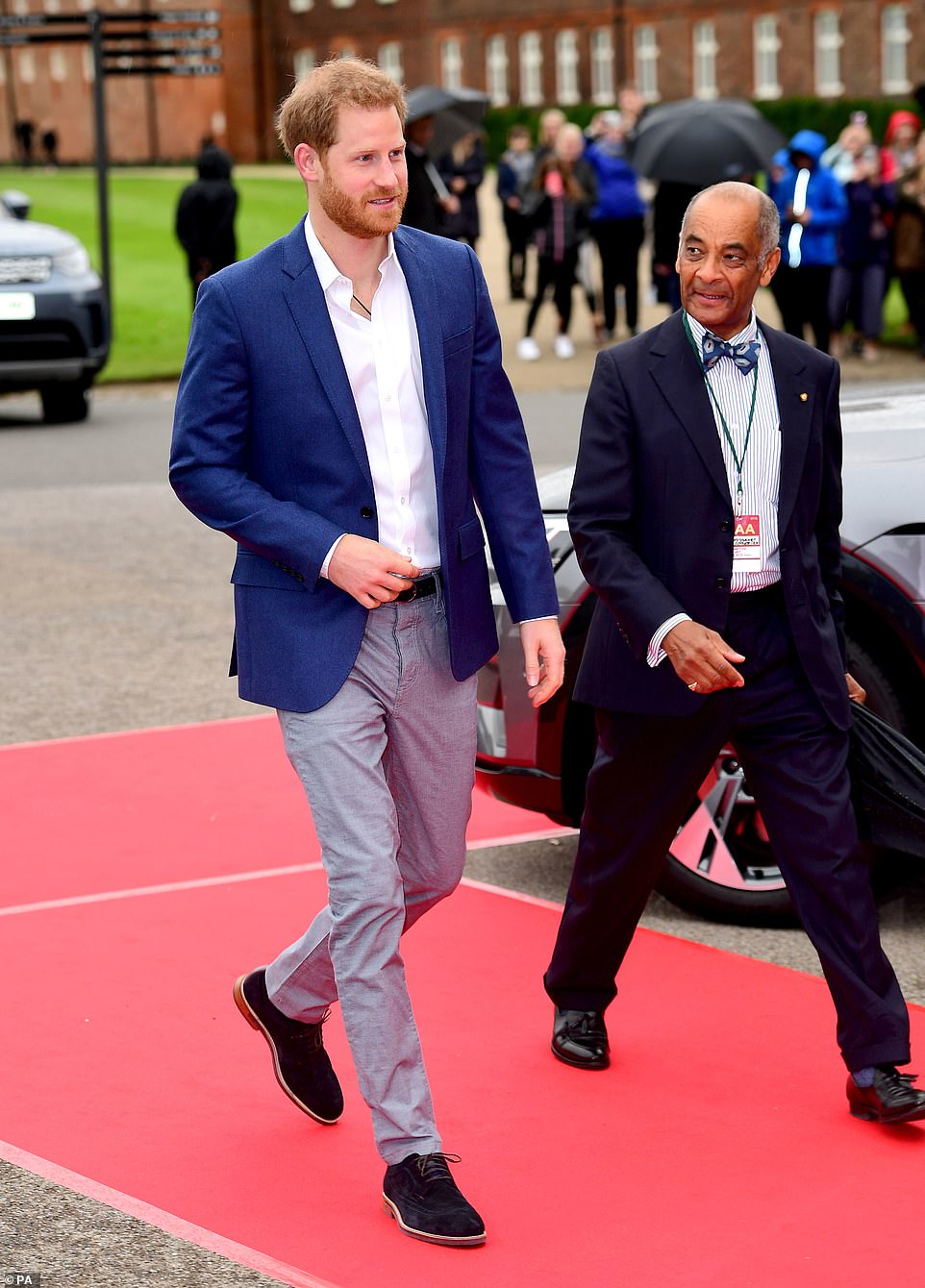 The Duke of Sussex arrived for a concert hosted by Sentebale in Hampton Court Palace in East Molesey, to raise awareness and vital funds for the Duke of Sussex’s charity 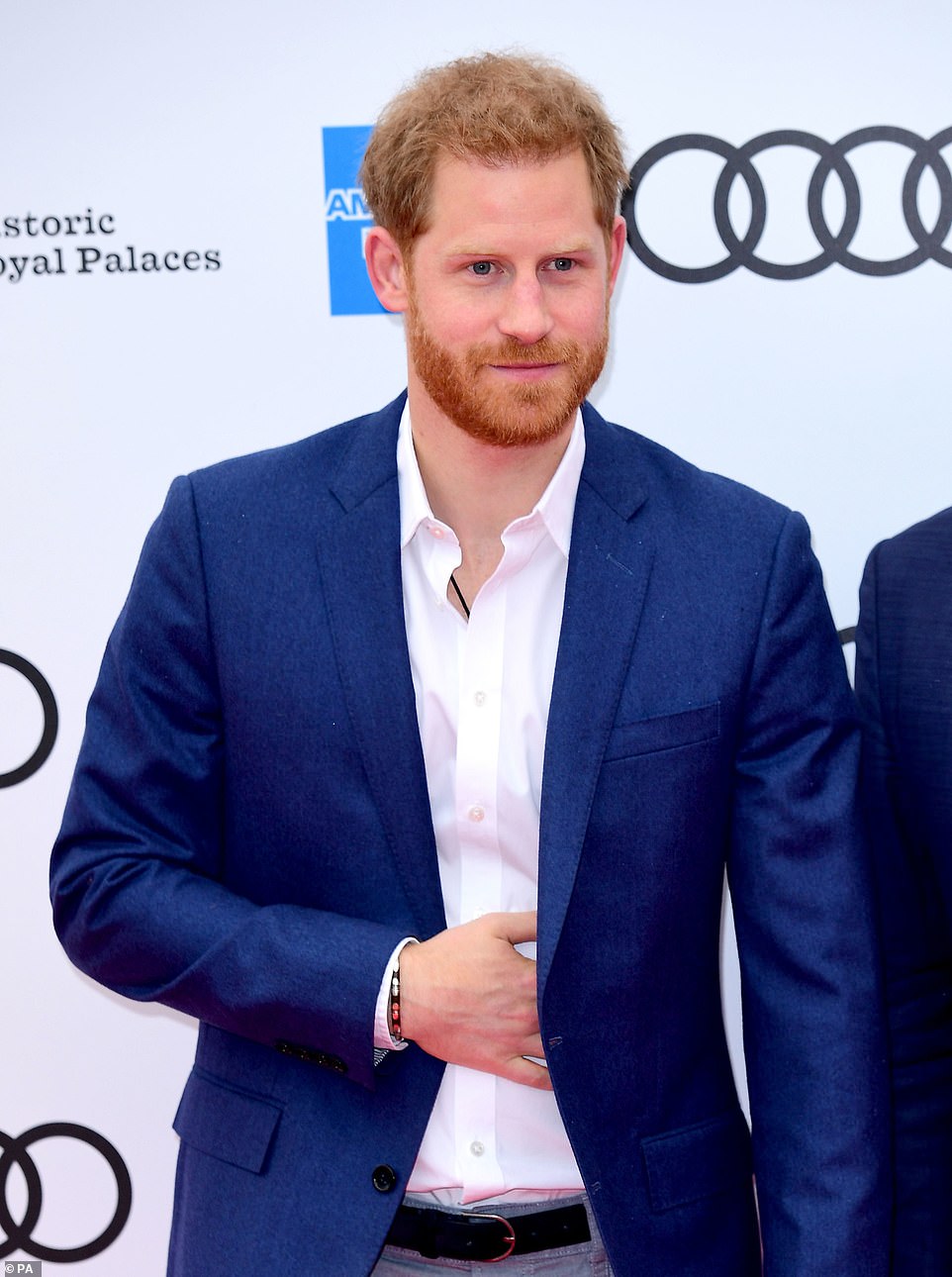 Prince Harry appeared solo at the event this evening, with wife Meghan Markle , 37, still on maternity leave to look after baby Archie. 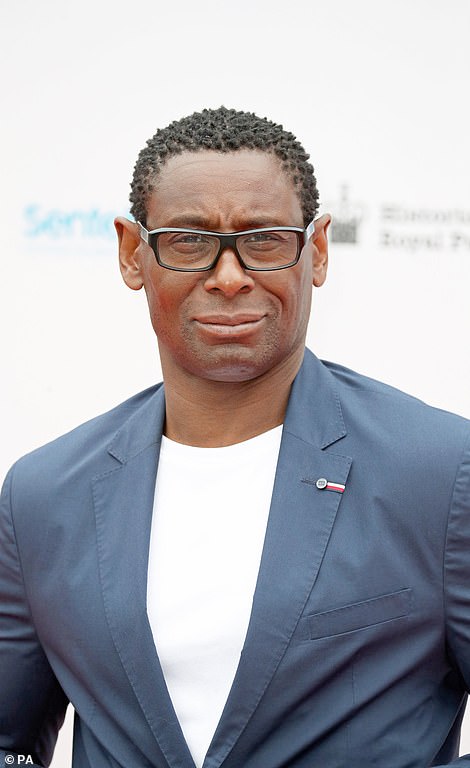 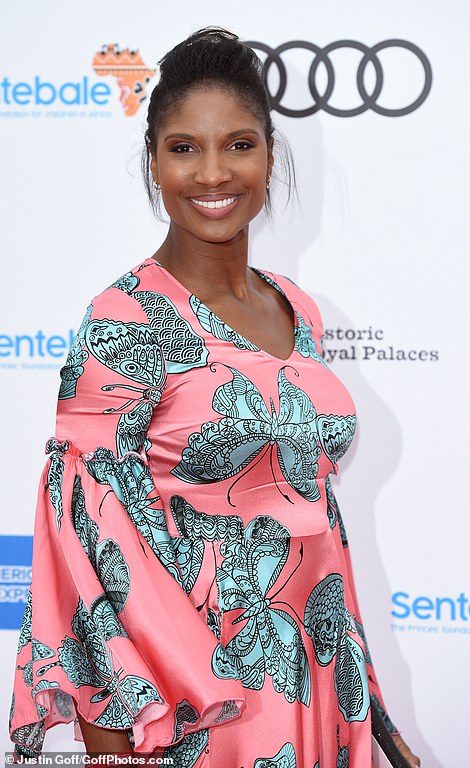 Other performers tonight include INALA, a Zulu ballet created by award-winning choreographer Mark Baldwin OBE and featuring the Soweto Gospel Choir, and Morena Leraba, a musician and shepherd from Lesotho, who fuses traditional Famo music with a playful mix of genres including rock, electronic music, reggae and hip-hop.

Richard Miller, Chief Executive of Sentebale, said: ‘We’re delighted that Prince Seeiso and some of our advocacy champions will be joining some of the biggest global performers to help Sentebale deliver a sustainable, quality programme for children and young people affected by HIV, enabling them to lead healthy, happy and productive lives.’

Andrew Doyle, Director of Audi UK, said: ‘We are thrilled Their Royal Highnesses The Duke of Sussex and Prince Seeiso will join us for the Sentebale Audi Concert. It promises to be an evening of extraordinary entertainment, all in support of an incredibly worthy cause.’

Despite appearing at Trooping the Colour at the weekend, Meghan was not in attendance at the charity event. 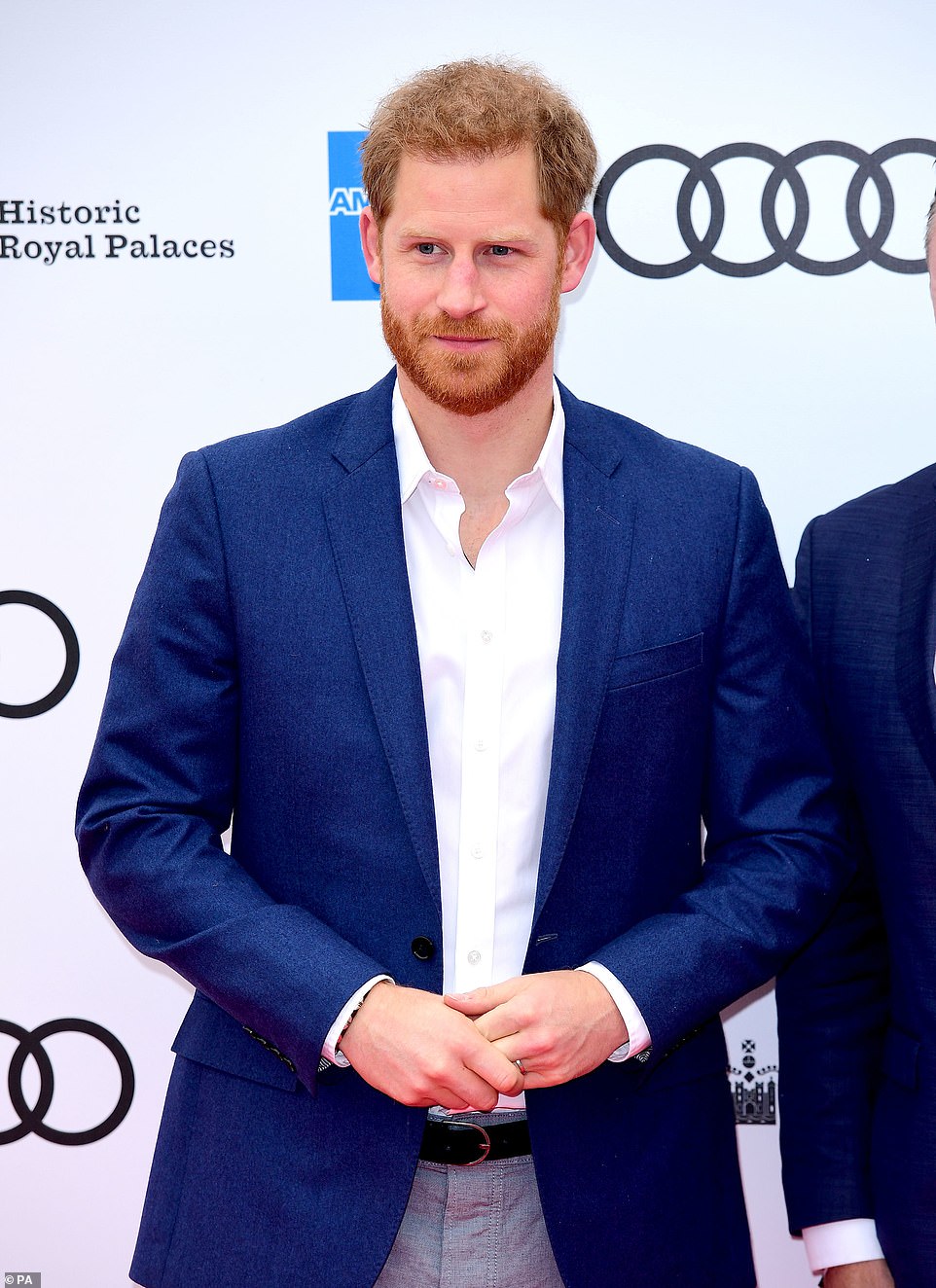 On Saturday the Duke and Duchess of Sussex made their first public appearance together since they introduced their son to the world one month ago to celebrate the Queen’s birthday at Trooping the Colour.

While some speculated the outing might mark the royal’s return to public duties, a royal source told Katie Nicholl at Vanity Fair that the Duchess will remain on maternity leave ‘until the fall’.

She is expected to follow the lead of her sister-in-law the Duchess of Cambridge, 37, and attend a ‘few engagements’ over the coming months, just as Kate did last summer following the birth of Prince Louis in April last year.

Reports also suggest that the couple have been nesting while they take on parenthood. 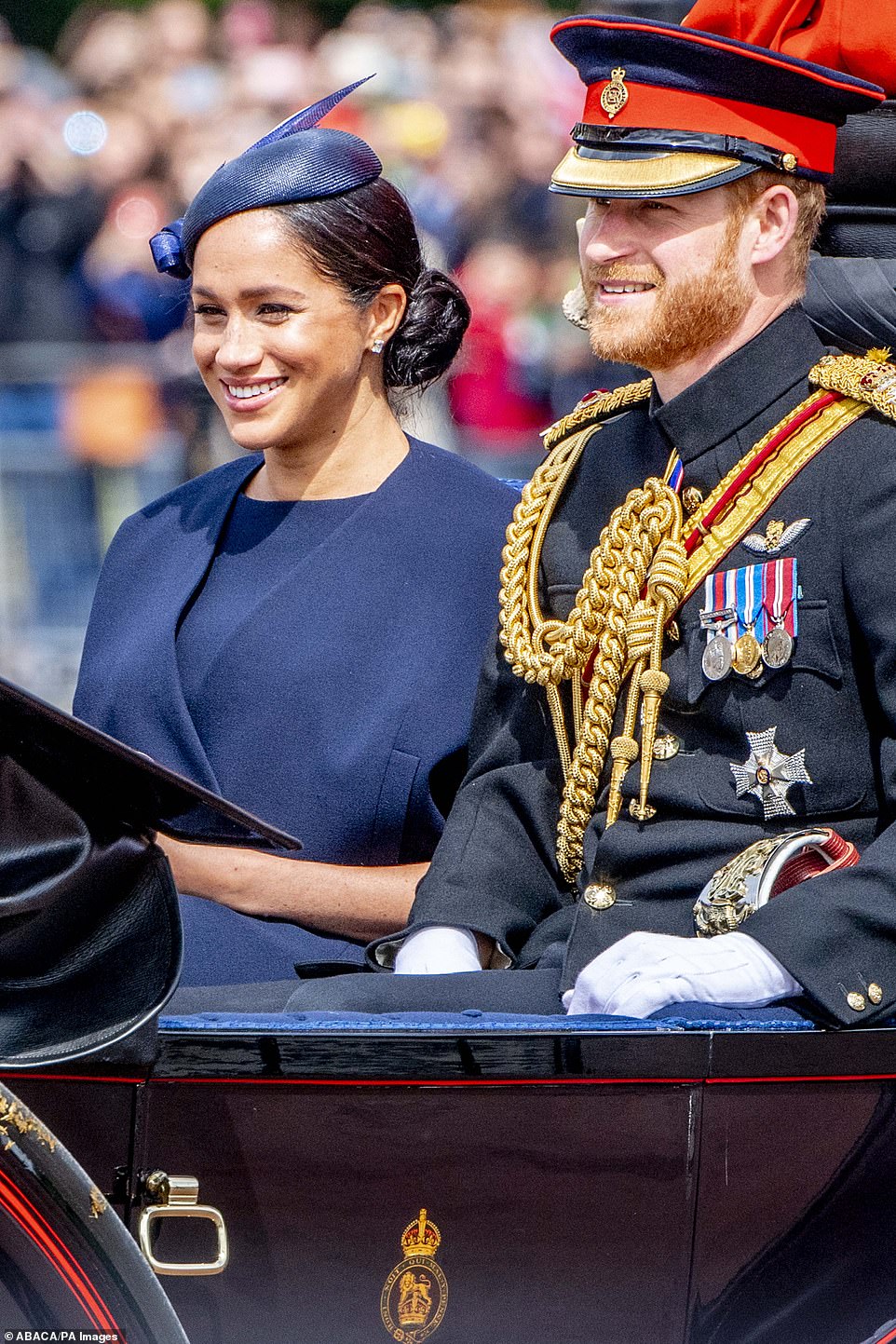 While Meghan is still on maternity leave until the autumn, she is expected to make an appearance at a handful of events before then 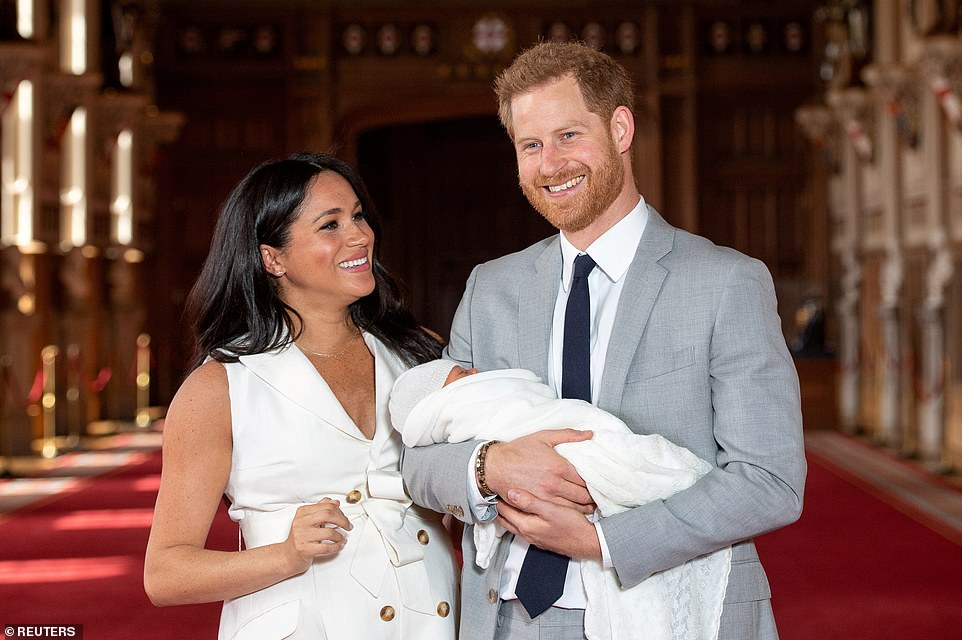 Meghan and Harry are said to be ‘over the moon’ with son Archie, with the royal couple dividing parenting tasks between them

The new parents are said to be keen to divide the parenting tasks, with Meghan, 37, breastfeeding, while Prince Harry changes nappies and cooks for guests at Frogmore Cottage.

Royal commentator Carolyn Durand told Elle.com that Harry, who is ‘over the moon’ with his new son, ‘makes tea’ for visitors who have popped in to meet baby Archie.

While she added that one royal source revealed:’ [Archie] is the cutest little thing I’ve ever seen. They couldn’t be happier.’