Kate Middleton and Prince William have their hands full, what with balancing their royal duties and engagements alongside raising three children under 10. Body language expert Adrianne Carter – also known as The Face Whisperer – spoke exclusively to Express.co.uk about the royal’s parenting styles and how their children are shaping out.

The Queen’s Platinum Jubilee celebrations allowed Kate and William to showcase their stellar parenting, according to the expert.

Raising children in the royal spotlight is a huge pressure, as the world’s eyes are on them at all times.

Adrianne told Express.co.uk: “From the photos at the Jubilee it’s very obvious that Kate is aware of the cameras watching her and analysing her parenting style.

“She is gentle and loving with the children but conscious of their reactions and regulates her own responses to them.” 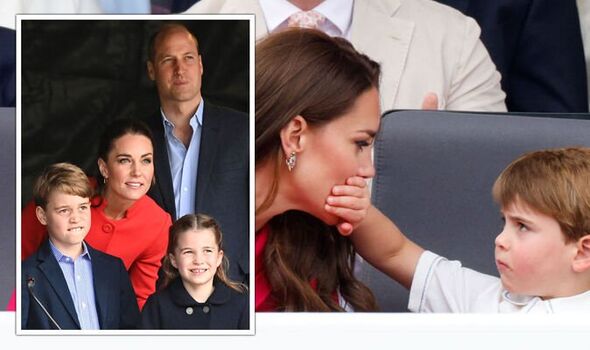 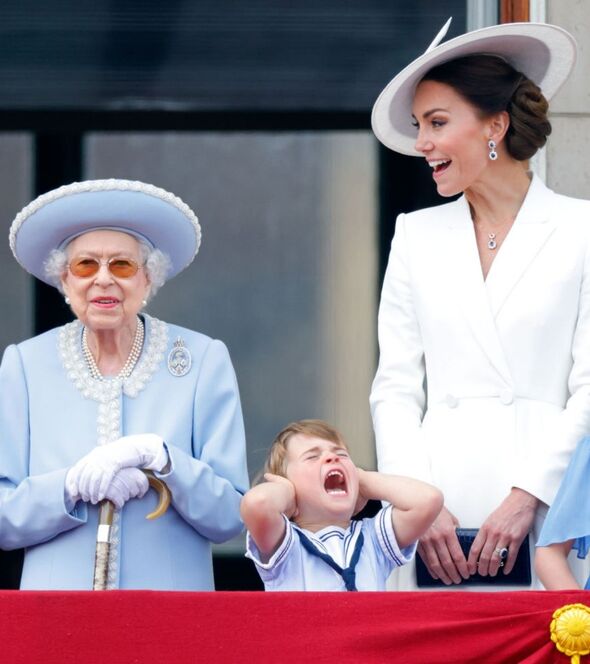 Whether or not Prince William is less conscious of the cameras than wife Kate, the royal dad seems “more relaxed but firm” with the children.

Adrianne continued: “But it’s obvious from all we’ve seen in the media they are hands on parents and loving with it.”

As for how their parenting has rubbed off on each individual child, Adrianne suggested that the older two are well versed in royal protocol, while a young Prince Louis is more like “cheeky” Prince Harry.

She stated: “It’s clear that George and Charlotte have been trained in how to act and behave in public.

The future King, with arguably the most intense pressure on him, “appears to be acutely aware that all eyes are on him”.

Adrianne observed: “He doesn’t always appear to be having fun, as he seems to be very aware of his actions.”

But royal fans do get the occasional glimpse of young George rather than future King George.

When he attended a football match between England and Germany last summer, he was pictured celebrating and grinning, exemplifying “typical behaviour” of a nine-year-old footie fan. 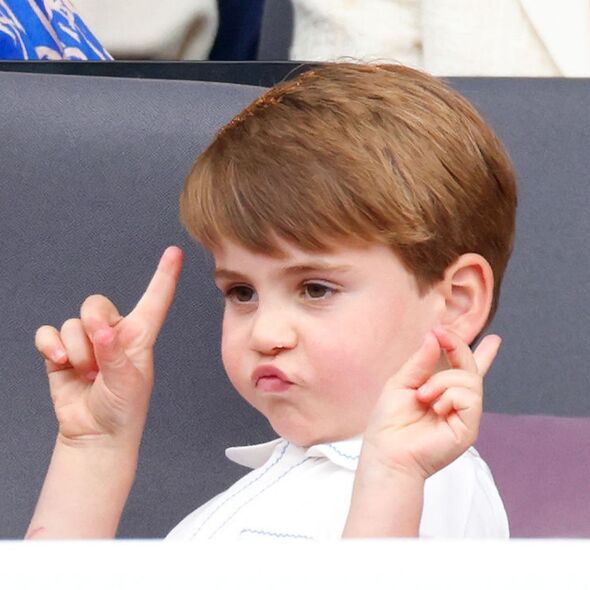 Adorably, this seemed to be a real moment of father son bonding between Will and George.

The youngest Cambridge child, four-year-old Prince Louis, has yet to be moulded by royal protocol.

This is why he was such a “delight” to watch at the Jubilee celebrations. 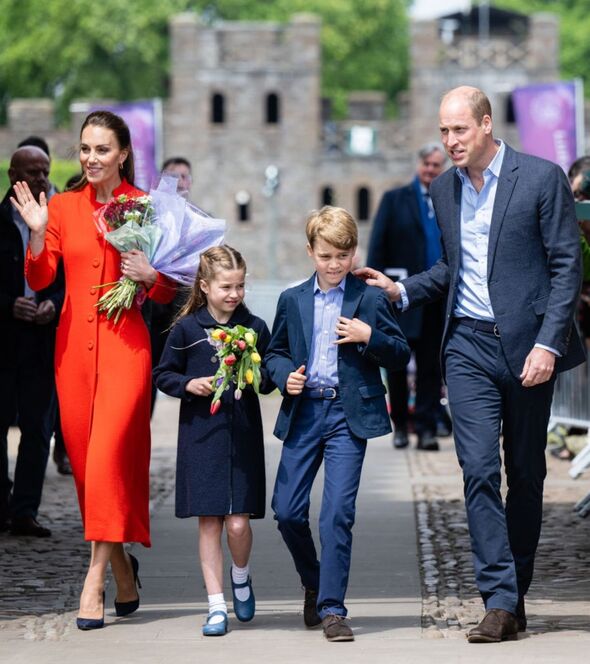 “The entire country was captivated by him, and it’s because he hasn’t had any training so far it seems on how to behave in front of the entire world.

“We saw an energetic, mischievous, normal four-year-old and fell in love with him!”

Adrianne predicted that this particular royal youngster is “going to be a handful – but a loveable one, similar to how Uncle Harry was as a child.”

While Prince George is so far William and Princess Charlotte is so far Kate, “Louis so far is himself and possibly cheeky Uncle Harry”.