Prince William and Kate Middleton praise Team GB for ‘showing strength, passion and determination’ during ‘challenging circumstances’ at Tokyo 2020 as the Olympics comes to a close

The Duke and Duchess of Cambridge, both 39, shared a message on their official social media accounts hailing the Olympians for their efforts in ‘challenging circumstances.’

The royal couple posted a series of photographs on Instagram, including snaps of swimmer Adam Peaty and diver Tom Daley winning gold, writing: ‘It’s fantastic to see so many athletes participating and standing on the podium that have received support from Team Sportsaid at some stage of their careers, with 242 of the 398 Team GB athletes previously being supported by the charity.’

It comes as  Tokyo Olympics drew to an end as the country celebrates while also counting of the cost of pushing ahead with the Covid-delayed Games. 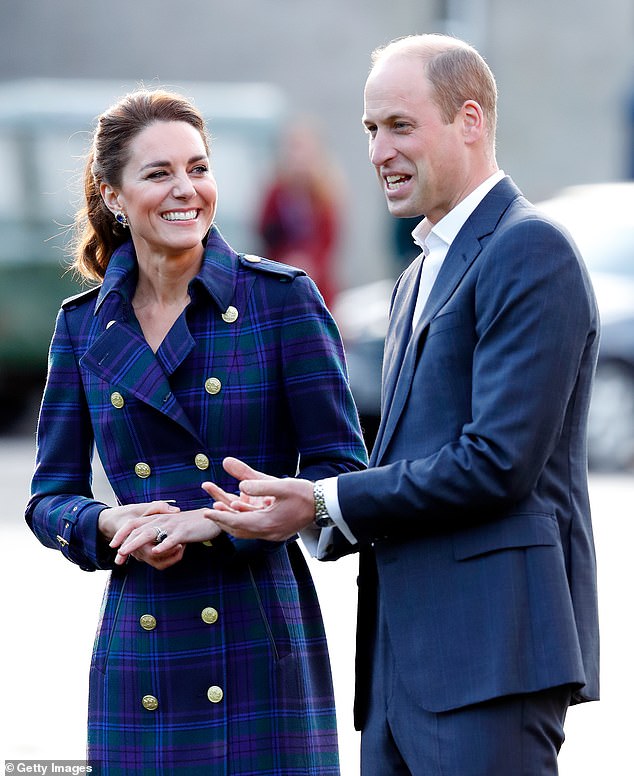 The Duke and Duchess of Cambridge, both 39, shared a message on their official social media accounts hailing the Olympians for their efforts in ‘challenging circumstances’

Prince William and Kate posted: ‘What an amazing Olympic Games, Team GB – you’ve all shown such strength, passion and determination in challenging circumstances and have done the nation incredibly proud.’

The couple continued: ‘Sportsaid plays a vital role in helping young athletes overcome the financial obstacles they face in their bid to become the next generation of Olympians, Paralympians and world champions.’

SportsAid helps young British sportsmen and women aspiring to be the country’s next Olympic, Paralympic, Commonwealth and World Champions.

The charity supports over 1,000 athletes each year, the vast majority aged 12 to 18, by helping financially towards training and competition costs. 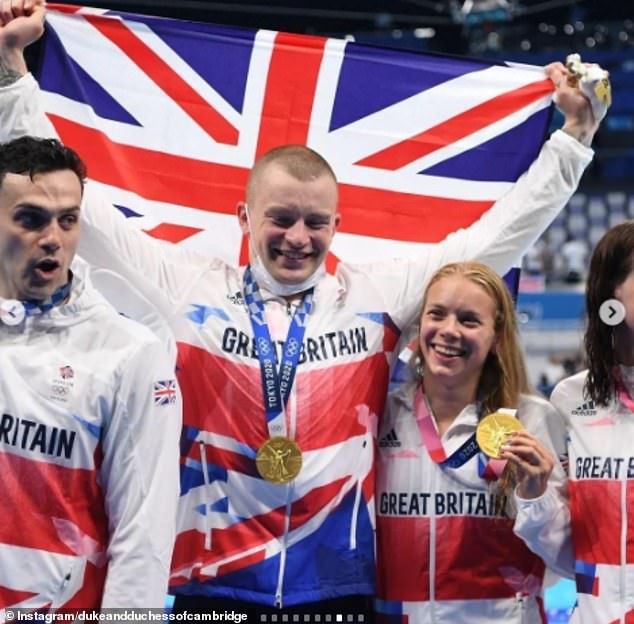 The royal couple shared a series of images online of Olympians during the Games, including swimmer Adam Peaty winning his gold medal

Most young athletes also rely heavily on their parents and guardians, who are often the ‘team behind the team’, providing financial, logistical and practical support.

SportsAid runs sessions for both athletes and their family members, allowing parents and guardians from across sporting disciplines to meet each other, share their stories and experiences, and benefit from the guidance that the charity can provide.

The Duchess became the Patron of SportsAid in 2013 and has met many young athletes helped by the charity, as well as Olympians and Paralympians who were previously supported by the organisation, at SportsAid’s training days, performance workshops and fundraising events.

The sports-mad Duke and Duchess did not fly to Tokyo for the games this year, marking the second time in a row the couple didn’t attend. 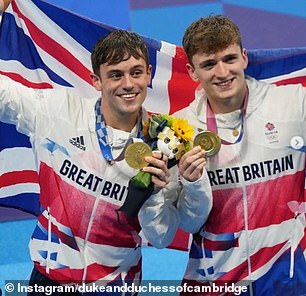 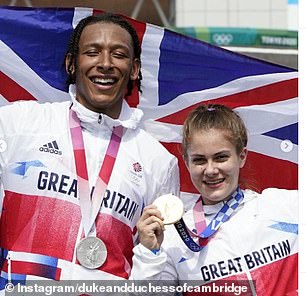 Meanwhile the royals, along with Prince Harry also decided not to attend the Olympics in Rio de Janeiro because of fears over the Zika virus.

The virus has resulted in thousands of babies being born with small heads and brain deformities.

Crowds were absent from the Closing Ceremony in Tokyo today due to Covid restrictions – as they were at the opening ceremony – with light shows and made-for TV special effects largely replacing large choreographed routines that have become the hallmark of Olympic ceremonies.

Japan has plenty to celebrate following the Games, with athletes bringing home a record medal haul and finishing third in the table, while a Covid-secure bubble meant to protect competitors and their coaches largely holding. 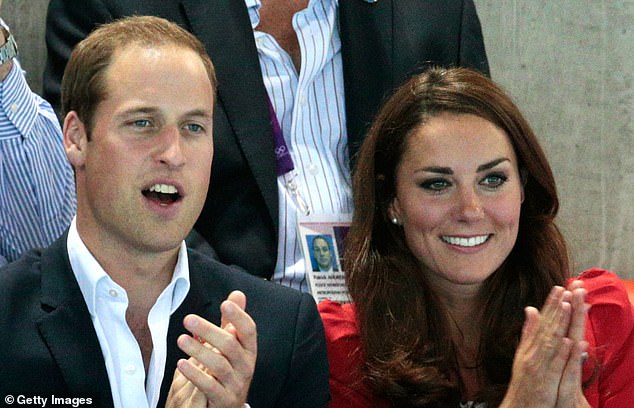 The Duke and Duchess haven’t attended the Olympics in several years, having missed Rio 2016 due to the Zika virus (pictured, at London 2012)

But elsewhere protections fell apart, with crowds who gathered outside venues closed by Covid rules to catch a sneak peek of events helping to drive cases in the country to all-time highs.

The government has also been left facing a $15billion bill – double what was originally budgeted – with no tourist bounce to help offset it.

The event has also deeply divided Japanese into pro and anti-Games camps, with that division expected to be visible at the closing ceremony – as athletes celebrate as guests of honour while the stands sit empty due to Covid restrictions on crowds.