Prince William would suit a short beard despite slamming Harrys 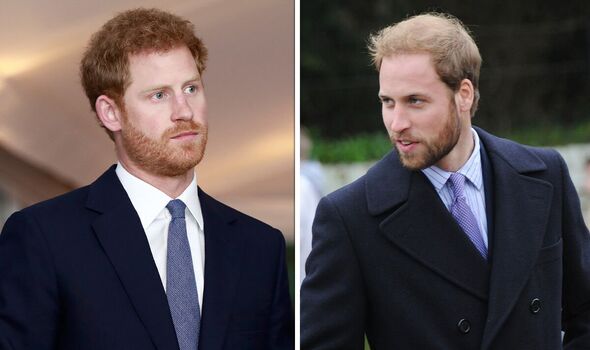 Dr Ishmail Ughratdar, who works as a hair transplant surgeon at the Wimpole Clinic in London, spoke to Express.co.uk about the current appeal of beards, despite Prince William not being a fan. Dr Ughratdar even explained how William could grow a beard too, if he changed his mind.

Dr Ughratdar told Express.co.uk that beards are “definitely on-trend” for 2023.

“They have been in fashion since the beginning of the hipster beard movement in the early 2000s,” he revealed.

The doctor went on to say that beards are now associated with stylish and classy men.

“Occasionally we also see special features such as pooplets or crazy curly moustaches.”

Prince William is clean shaven and is bald, but Dr Ughratdar said that wouldn’t necessarily stop him from growing a beard.

“Hair loss on the head is not associated with poor beard growth, which often tends to be coarser,” he explained.

The Prince of Wales would “given his facial structure, suit a short beard rather than a full bushy one”, Dr Ughratdar added.

But, if, for any reason, William could not grow a beard, there would be options for him.

The hair expert continued: “He would need to consider a beard transplant. He’s just a short journey from Harley Street so we’d welcome him at the Wimpole Clinic for a consultation – it’s a popular procedure in our clinic network.”

There are, however, some photos of William in his early 20s with a beard, but, according to Harry, he was asked by the Queen to shave it off.

In an interview with ITV’s Tom Bradby, Harry explained that this was why William wanted him to get rid of his beard too – before his wedding.

But, Harry stood his ground and didn’t change his facial hair. Speaking to Tom, he said: “I mean, I refer to it as heir/spare but also older brother/younger brother, right? There’s a level of competition there.

“And again, writing this, I remembered that William had a beard himself and that Granny and other people, the ones to tell – told him that he had to shave it off.

“Right? As almost like a shield to my anxiety. That was the time of my life when I grew my beard.”

“And I said, ‘well, I don’t believe that Meghan’s gonna recognise me if she comes up the aisle and sees me beardless’.

“I would feel very, very different without my beard, and that’s hard for people to understand who’ve never grown a beard.

“But, hopefully, those beard people out there will go, ‘yeah, no, I fully get that, I can understand’.”