Princess Charlene donned a black lace veil as she joined Prince Albert for the funeral of the former Archbishop of Monaco today.

The mother-of-two, 44, could be seen bowing her head as she arrived at the event to pay tribute to Bernard Barsi in the Cathedral of Monaco with her husband Prince Albert, 64, this morning.

The couple were also joined by Princess Caroline of Hanover at the ceremony, who appeared sombre as she arrived.

Bernard had a close tie to Charlene and Albert – he officiated their wedding in July 2011, and baptised their children Prince Jacques and Princess Gabriella in May 2015. 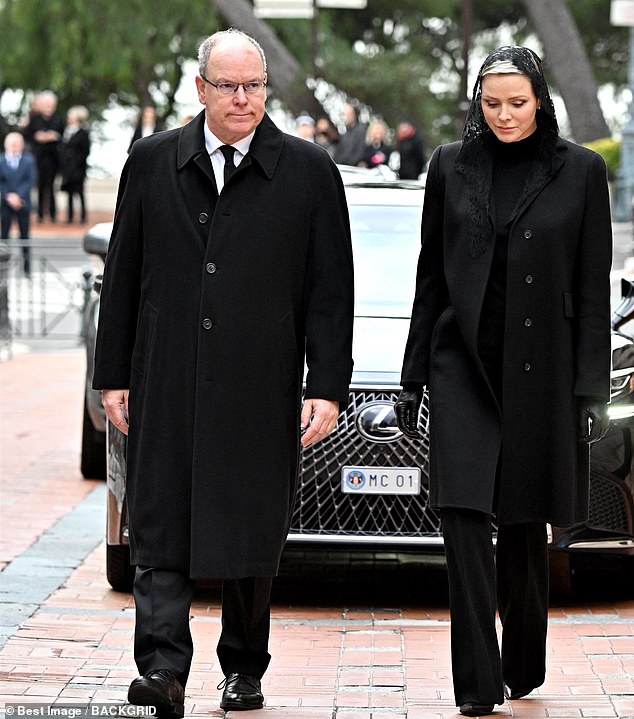 Princess Charlene donned a smart black ensemble for the occasion, pairing a dark top with a pair of suit trousers and an elegant jacket.

Bernard’s death was announced at the end of last month, at the age of 80.

According to Monaco news site, News.mc, he had suffered a heart attack on Christmas Eve, and was taken to hospital, but his condition worsened.

The mother-of-two, who was born and raised Protestant but converted to Roman-Catholicism ‘of her own free will and choice’ in April 2011, also wore a a black mantilla for the occasion in Monaco today. 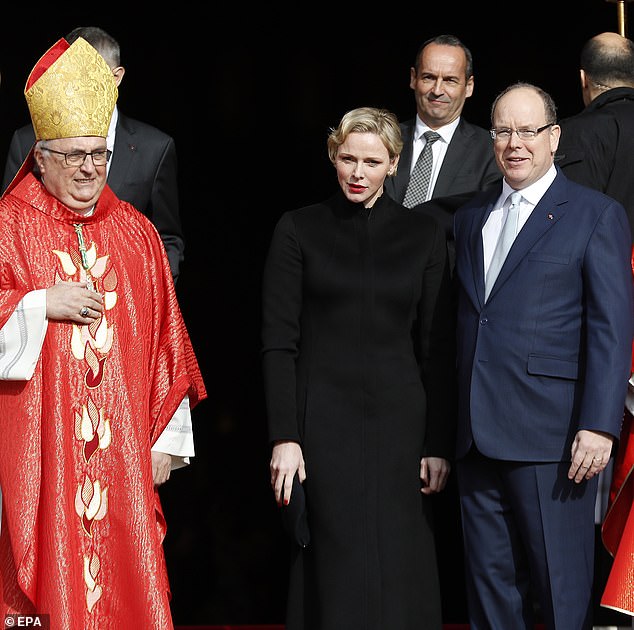 Bernard Barsi had a close tie to Charlene and Albert – he officiated their wedding in July 2011, and baptised their children Prince Jacques and Princess Gabriella in May 2015 (pictured together in 2019) 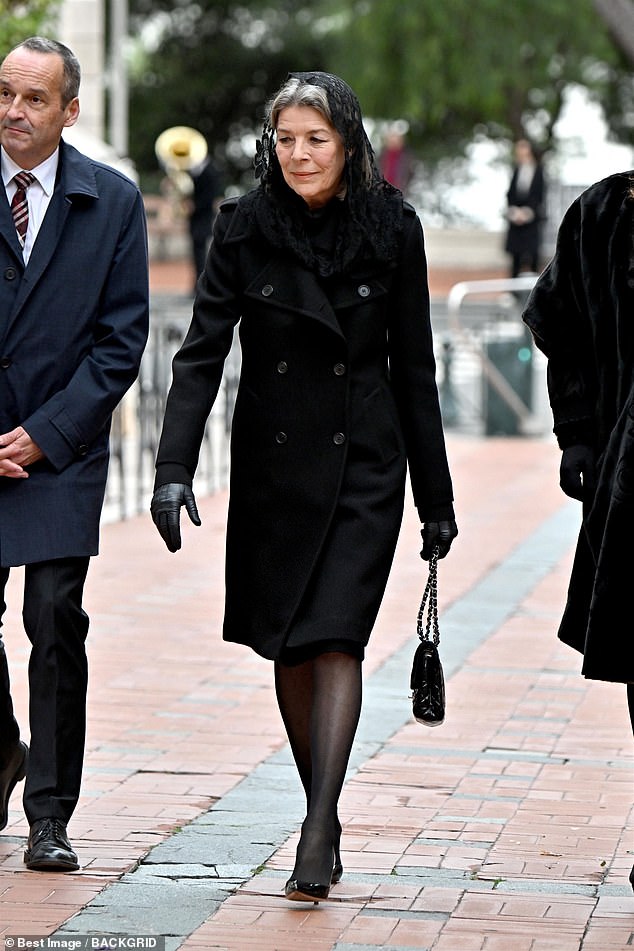 Among the other attendees at the event was Princess Caroline of Hanover, who also wore a black mantilla across her hair 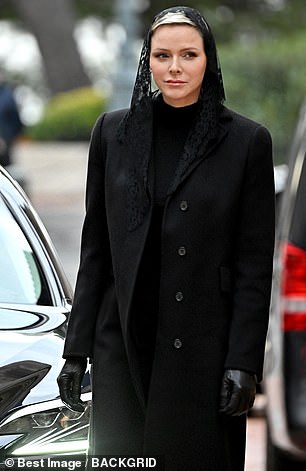 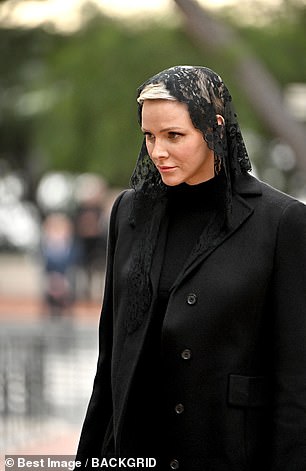 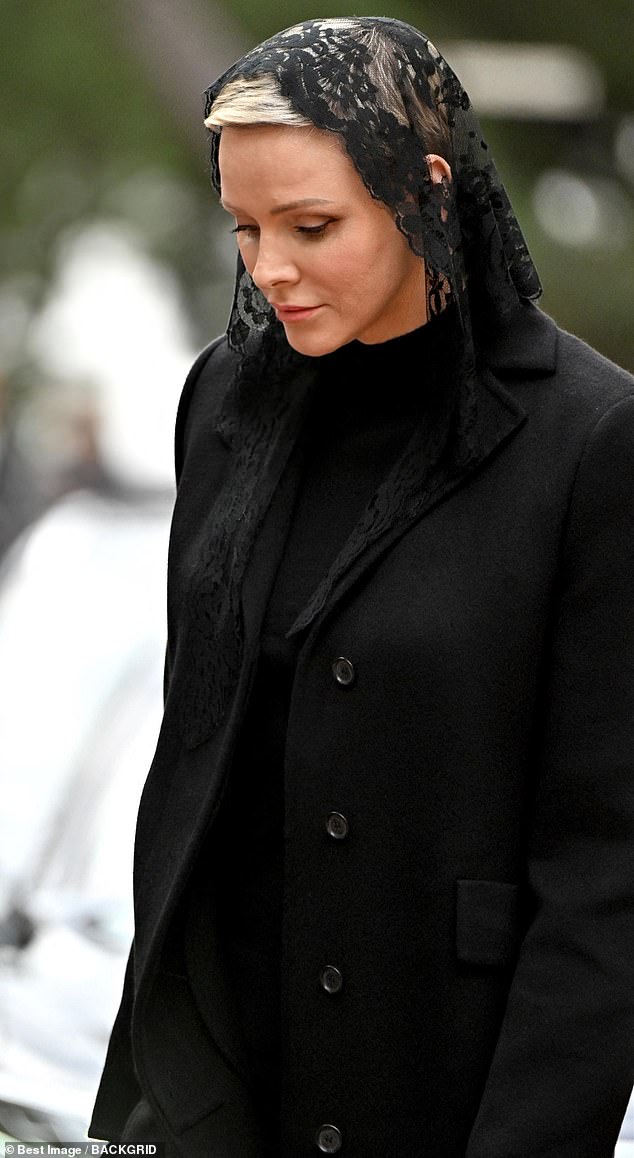 Charlene, who has long spoken of how her faith has offered significant comfort during challenging periods, wore a black ensemble for the sombre event

Charlene has long spoken of how her faith has offered significant comfort during challenging periods.

She said in 2020 that her decision to convert to Roman-Catholicism was because she found strength in the religion and it was part of Grimaldi tradition.

‘Catholicism is the state religion [in Monaco]. But for me, it represents much more. The values of this religion profoundly touch me and correspond perfectly to my spirit,’ People reported.

Last year, she joined Prince Albert to meet the Pope for a private audience at the Vatican. 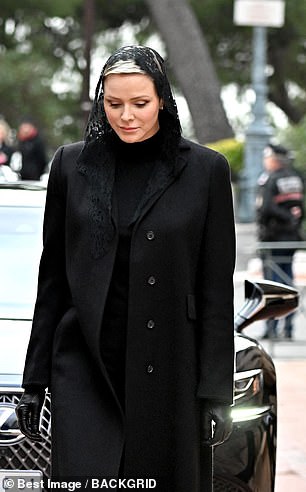 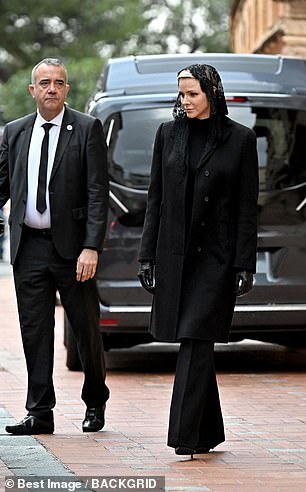 Princess Charlene, who was born and raised Protestant but converted to Roman-Catholicism ‘of her own free will and choice’ in April 2011, also wore a black mantilla for the occasion in Monaco today 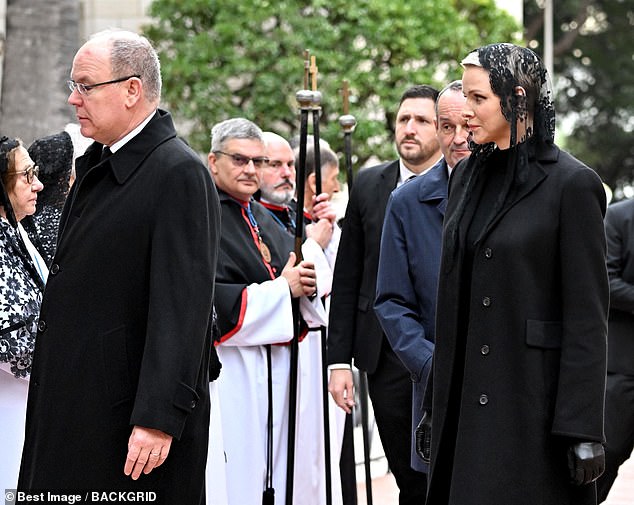 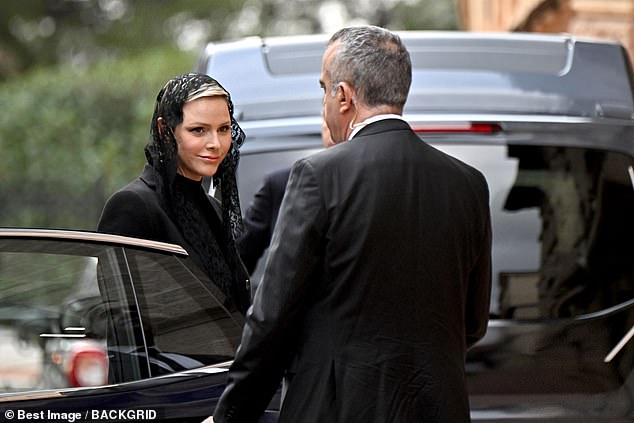 Charlene’s first state visit to the Vatican was in January 2013 along with Prince Albert.

The royal couple’s visit marked the 55th anniversary of the meeting of his parents, Prince Rainier and Princess Grace of Monaco with Pope Pius XII in 1957.

The royal said the ‘experience was extremely intense and moving for me’.

The appearance today comes after Prince Albert praised Princess Charlene for ‘turning it around in an incredible way’ after a long-running health battle. 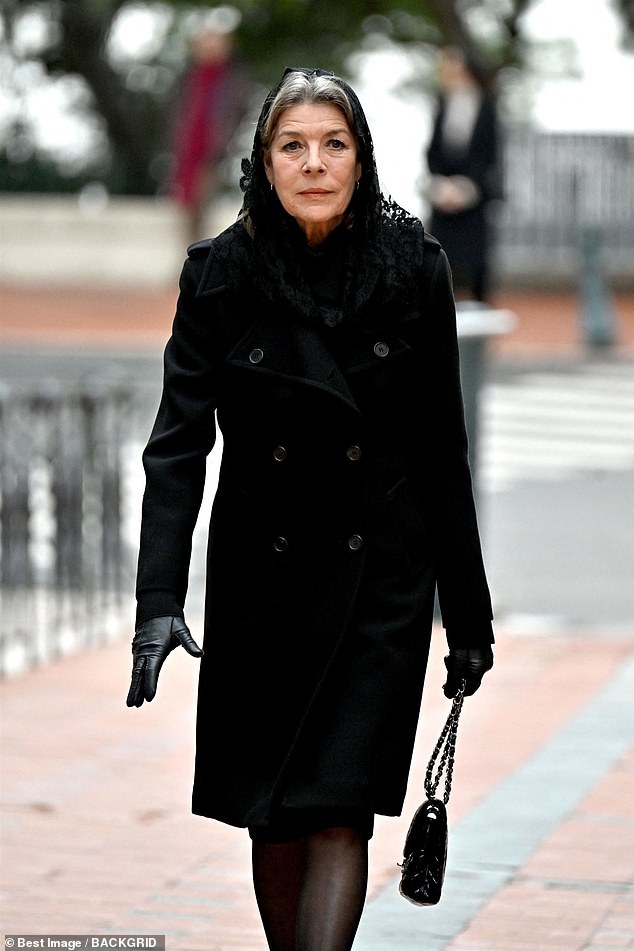 Meanwhile Princess Caroline opted for an elegant black ensemble for the occasion, donning a mantilla and black gloves 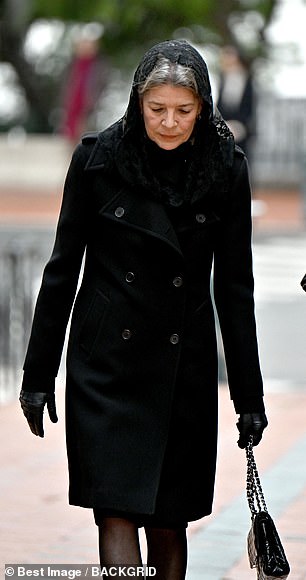 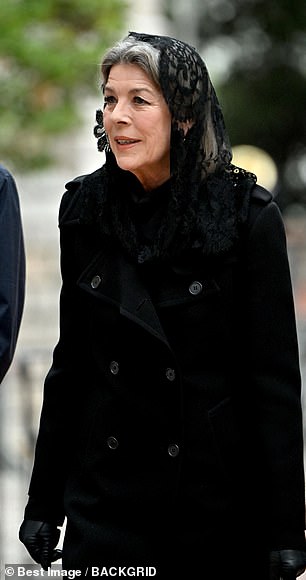 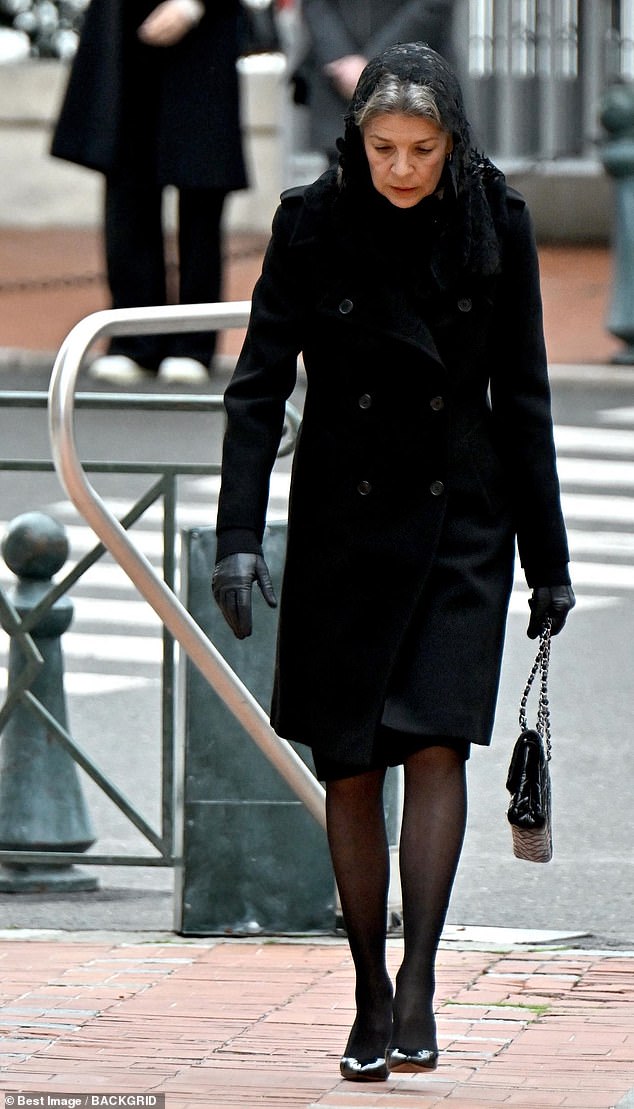 He continued: ‘As you know, last year was a very tough year for her – and the beginning of this year.’

Albert added that after being admitted to a Swiss treatment facility for exhaustion and keeping out of the limelight, Charlene, 44, has been ‘active in any number of different events.’

He highlighted a number of events where the former Olympic swimmer had been visible at lately, including a recent outing to the Monaco branch of the Red Cross.

‘She’s really enjoying doing things together and with the kids, so this year is ending on a very, a very high note. We’re truly thrilled about how things are,’ Albert said.

Whereas photos from last year show Charlene looking frail, she now looks back to her former self with a healthy complexion and impeccable style to boot.

In another recent outing for a traditional Christmas tree ceremony at the Monaco Palace with her family, Charlene also looked to be in good spirits.

Commenting on their children, eight-year-old twins Prince Jacques and Princess Gabriella, Albert said they were also doing ‘really well’ and instead of being distracted by social media they were ‘very sports-oriented’ and ‘still very curious about things.’

Following in their mother’s footsteps, one of their favorite extracurricular activities is swimming, along with Taekwondo and tennis.

Joyeux Noël! Prince Albert and Princess Charlene of Monaco pose with their twins by the Christmas tree for a VERY stylised festive card