A pub manager has revealed how he was left overwhelmed when friends and strangers alike donated over £8,000 to save his Bernese Mountain Dog in just 15 hours.

Ben Evans, 47, who runs the Windmill Hotel and Pub in Clapham, London, was devastated after eight-year-old Max was diagnosed with cancer.

In December 2022, Max was given just two months to live unless he received chemotherapy, a treatment that would cost several thousand pounds.

Determined to give his best friend a longer life, Ben set up a GoFundMe but had not expected the response that followed. 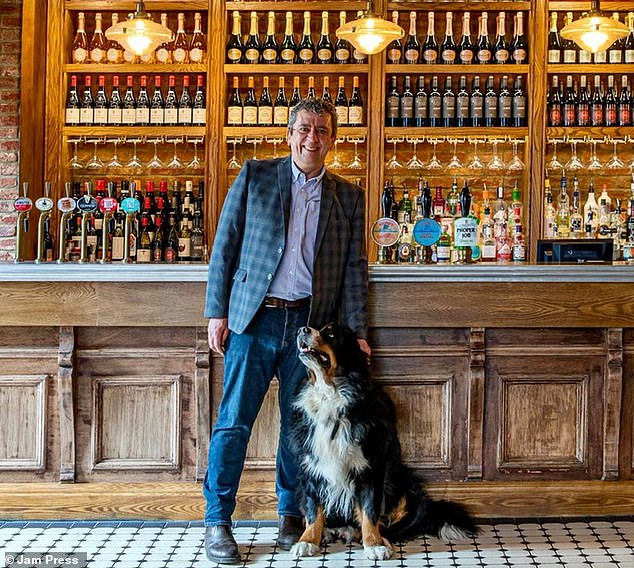 Pub manager Ben Evans (pictured left), 47, was overwhelmed when strangers donated £8000 in just 15 hours so his Bernese Mountain Dog could have cancer treatment

‘He is constantly by my side, if you can see me, you know Max is going to be there too,’ Ben said.

‘Max has been the pub dog for almost eight years now, has his own Instagram and is a local celebrity.

‘People from America and Australia book at the hotel because they know Max will be there and they want to see him. 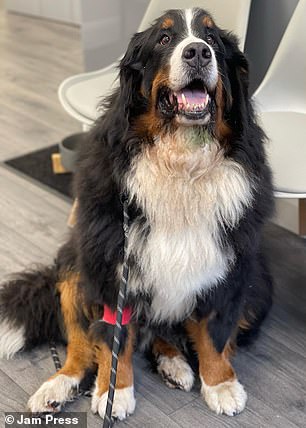 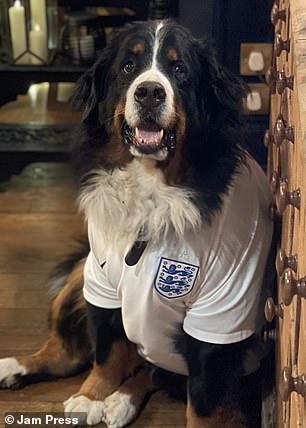 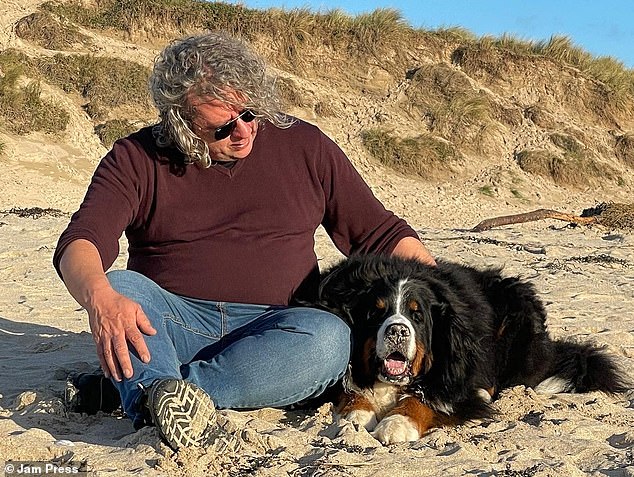 Ben (pictured with Max) runs the Windmill Hotel and Pub in Clapham, London said his dog is a ‘local celebrity’

‘He was diagnosed with canine lymphoma just before Christmas this year and I was told it would cost £8,000 for treatment – it would mean he would have an extra year to live.

‘There was no way I wasn’t going to give him that chance but he is uninsured after his insurance didn’t cover his last operation.

‘It really is impossible to put into words what raising this money means to me, the fact that even people from Australia have donated is just amazing.

‘It was just absolutely heartwarming to see all these people wanting to give him a chance.’ 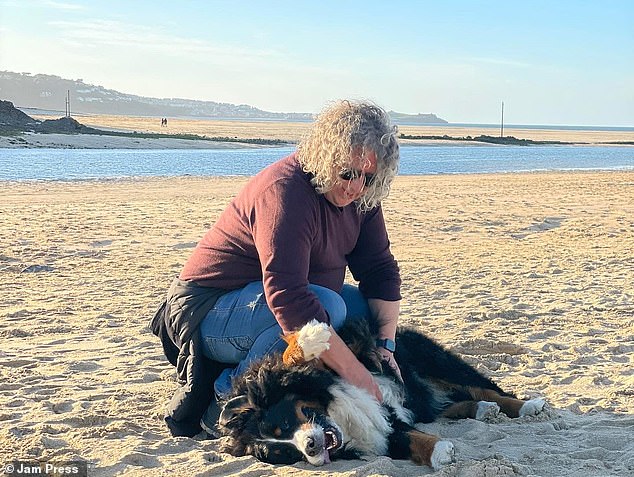 This isn’t the first time people have come together to help Max, as just last year £5,000 was raised for him after an injury to his cruciate ligament.

The then seven-year-old had to undergo surgery, which was ‘tough’ as it left him housebound for three months but luckily he was able to make a full recovery.

Unfortunately, it was only a few months later when Max fell ill again and this time it was cancer.

He has already begun his treatment with vets Ellie and Michael at Vets On The Common in Clapham and owner Ben said he is doing really well. 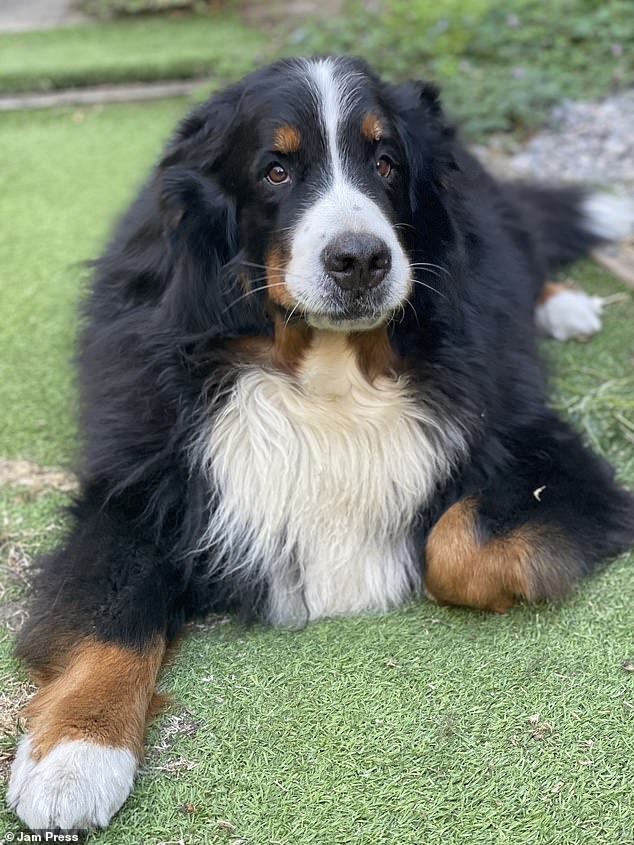 Last year £5,000 was raised for Max after an injury to his cruciate ligament and he had to undergo surgery

Because of the chemotherapy, Max now has an extra year to live and his owner can’t wait to take him on some final adventures.

Ben added: ‘Max is on lots of pills and medication at the moment and has had his ups and downs.

‘The vets have been brilliant, he has been in every day and now we managed to fund a mix of medication which is just right for him.

‘He was feeling sorry for himself but now he is back to his normal self, going up to everyone and eating his treats. 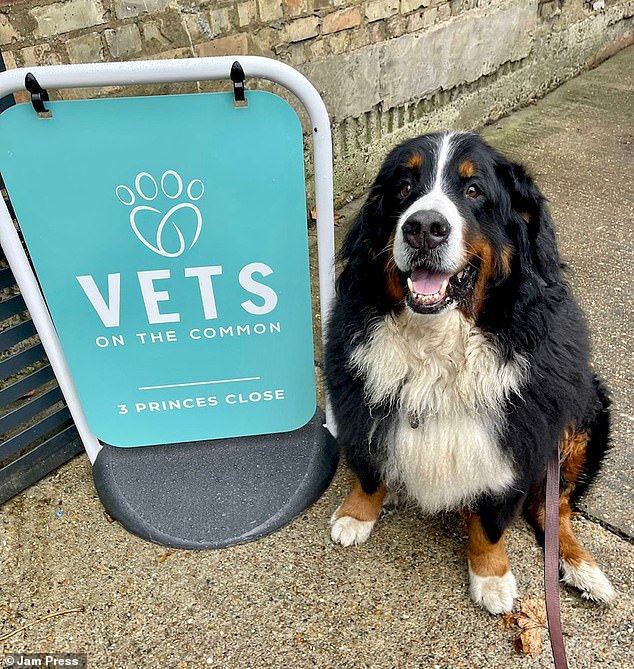 ‘We had such a tough Christmas last year after his surgery, so we took Max on lots of trips, his favourite being Cornwall as he just loves beaches.

‘Now, because of the kindness of others, I have another year to take him on more adventures, which means everything to me.

‘I just want to say thank you to everyone who donated and shared the link, and all the people that have and still are sending messages and wanting updates and sending love, it does mean everything.’

If you enjoyed this story…

Why rabbits aren’t a good pet for young kids: Vet busts common misconceptions about owning bunnies – and why you shouldn’t feed them carrots or keep them in hutches

When is it too cold to walk my dog? Experts reveal the precautions pet owners should take