Doctors are pushing for a radical overhaul of the rules governing the way Australians buy medicines, calling for vending machines in GP clinics and opening up competition from supermarkets and online retailers.

Revamping strict ownership rules for pharmacies are also laid out as potential reforms in a discussion paper to be published by the Australian Medical Association on Monday, reigniting a long-running turf war with the powerful Pharmacy Guild. 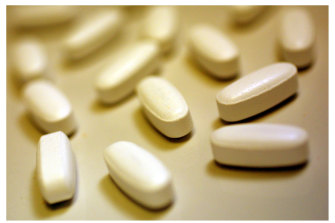 The AMA says medicine should be made available through vending machines dispersed at GPs.Credit:Viki Lascaris

“What we’re calling for is a deregulation of an extremely protected industry,” AMA president Omar Khorshid said.

Location rules banning new chemists opening within 1.5km of an existing pharmacy, restricting ownership to pharmacists and limiting online sales to brick-and-mortar operators were part of a “closed shop approach” that Dr Khorshid said was “harming consumers”, who spent almost $11 billion a year on medicines.

“It pushes up the price, it reduces convenience and access compared with newer models that are popping up in other places around the world,” he said.

Former Australian Competition and Consumer Commission chairman Graeme Samuel has called for the sector to be opened up to competition, saying people are paying too much for medicines on the government’s Pharmaceutical Benefits Scheme (PBS).

But successive federal governments have resisted calls for reform, despite reviews recommending change.

Pharmacy Guild president Trent Twomey rejected the AMA’s calls, saying consumers valued having a relationship with their local pharmacists, who were “embracing new technology” with many now offering online deliveries through mobile apps.

However, he said, online sales were “barely 10 per cent of the market” – both in Australia and the US where mail order pharmacy was well established – because prescription medicines were not the kind of product that consumers liked to buy online.

The AMA paper said the fact some Australians were illegally buying prescription medicine over the internet from foreign companies without a prescription “demonstrates that there is a clear demand that is going unmet”, warning it was “impossible to verify” that these drugs were authentic or safe.

In 2015, the National Competition Policy Review said pharmacy location and ownership rules should be scrapped and in 2017 the Productivity Commission’s Shifting the Dial report recommended automatic dispensing “supervised by a suitably qualified person”.

Dr Khorshid pointed to the United Kingdom and United States, where customers can fill prescriptions at Tesco and Walmart retail stores, and remote dispensing machines in the UK.

“If you’ve got a machine that is able to dispense medicines, you might be able to put that in a GP practice and the pharmacist that’s in that practice could actually supervise,” he said.

Dr Duckett said an online model for dispensing medicines made sense, as “we’ve switched to online in everything else”.

“It is time for a revolution in this area,” he said.

In November, Amazon made headlines by applying to register the trademark Amazon Pharmacy in Australia.

By June, the online retail giant had quietly withdrawn its application, after the Guild warned that local regulatory restrictions would be “an impediment” to its ambitions.

A spokesperson for federal Health Minister Greg Hunt said the government “supports the current community pharmacy model which continues to serve Australians well and which provides for the supply of over 300 million subsidised scripts for PBS medicines each year”.

“The government has no plans to support changes to pharmacy ownership or location rules,” the spokesperson said, describing the “American model” of using vending machines to dispense medicines as “a surprising and concerning direction”.