Book club with the Queen Consort! Camilla reveals her Royal Reading Room club will continue in her new role – as she picks Dracula in her latest selection of must-reads

The Queen Consort’s Instagram book club will continue despite her new role, as she reveals the four novels she’s recommending this autumn.

Camilla, 75, delighted followers on her Reading Room account page by thumbing through the varied quartet of books for the online club, including horror classic Dracula by Bram Stoker.

Now in its eight season, the club’s latest books are designed to ‘warm your hearts and chill your bones’ – with Bram Stoker’s classic clearly a nod to Halloween on the horizon.

The Whalebone Theatre by Joanna Quinn will also be read, as well as The Book Thief by Markus Zusak and City of Girls by Elizabeth Gilbert. 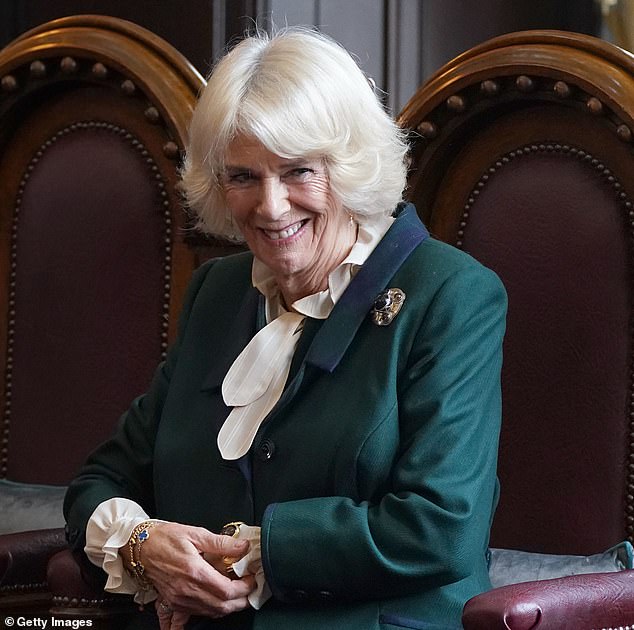 Camilla, The Queen Consort (pictured in Scotland yesterday) announced that her Royal Reading Club will continue despite her new role, with a varied selection of novels proffered – including horror classic Dracula by Bram Stoker 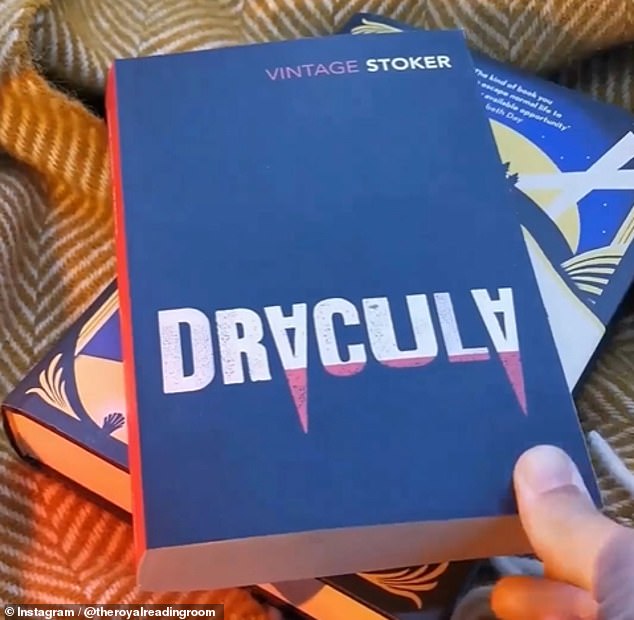 Dracula, a beloved 1897 classic unveils the story of the infamous vampire – penned as a series of letters. It will be read for Season 8 of The Reading Room 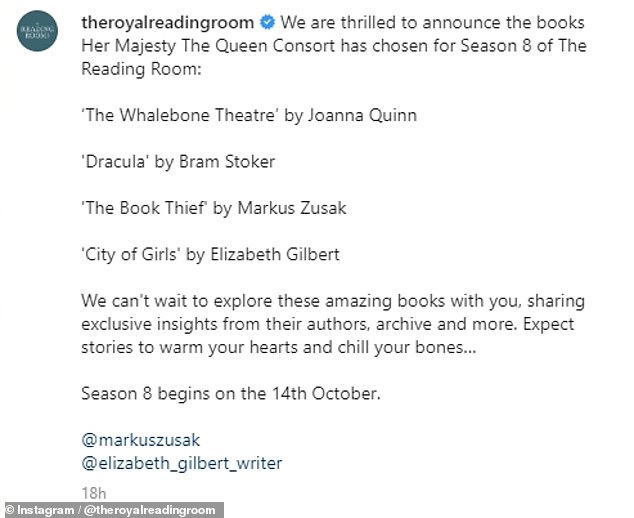 Posting a social media video showing off the selection yesterday, the caption read: ‘We are thrilled to announce the books Her Majesty The Queen Consort has chosen for Season 8 of The Reading Room.’

It added: ‘We can’t wait to explore these amazing books with you, sharing exclusive insights from their authors, archive and more…Season 8 begins on the 14th October.’

The variety of the novels is bound to keep those reading along entertained as different genres and storytelling styles are explored.

Dracula, a beloved 1897 classic unveils the story of the infamous vampire – penned as a series of letters, whereas The Whalebone Theatre, only published this year, follows the story of three siblings in the first half of the 20th century. 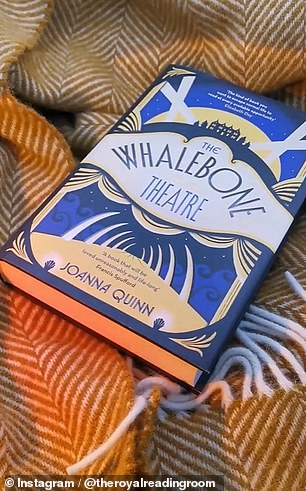 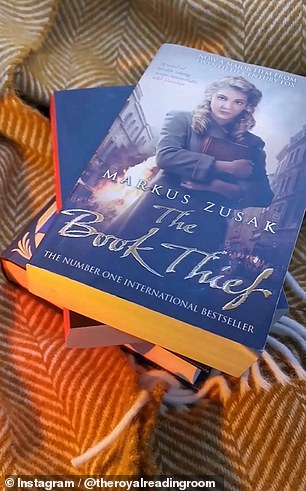 The Whalebone Theatre by Joanna Quinn (left) will be read, as well as The Book Thief by Markus Zusak (right)

Meanwhile historical fiction The Book Thief, a 2005 hit, tells the tale of a young girl living in wartime Germany and City of Girls offers a look into life in 1940s New York City.

The Reading Room, an online literary hub, was first launched in January 2021, inspired by the success of the then-duchess’s reading lists shared during the pandemic in 2020.

It offers book recommendations and exclusive insight from the authors themselves. 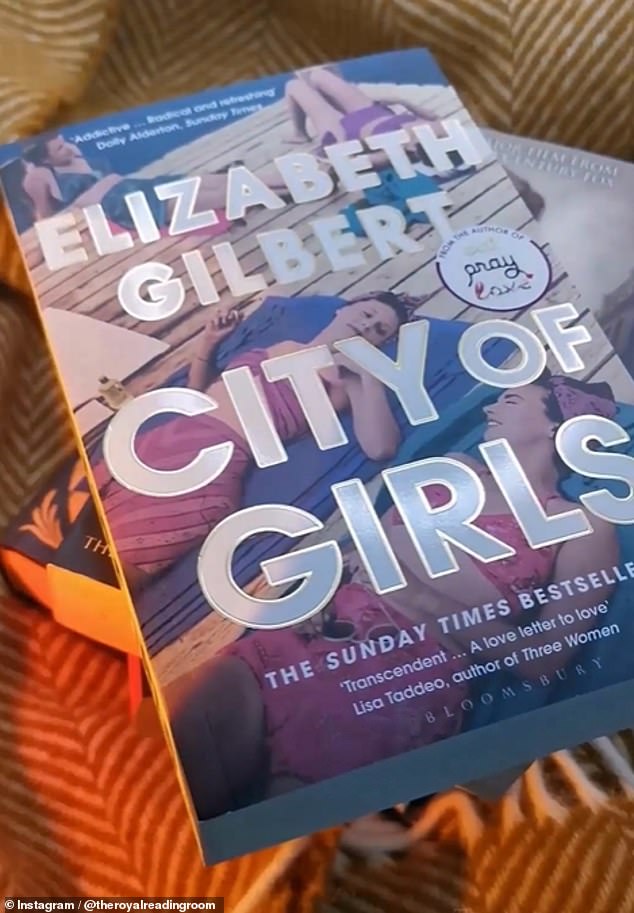 Last December Camilla and King Charles III – then known as the Duchess of Cornwall and the Prince of Wales –  read extracts of Charles Dickens’ festive classic A Christmas Carol in a series broadcast via the Reading Room’s Instagram.

It comes as the new monarch yesterday paid a moving tribute to his late mother on his first public engagement with his wife since the Queen’s death.

His Majesty and the Queen Consort Camilla formally conferred city status on Dunfermline as part of Her Majesty’s Platinum Jubilee celebrations.

Charles said the event would ‘gladden my dear mother’s heart, as it certainly gladdens mine’. 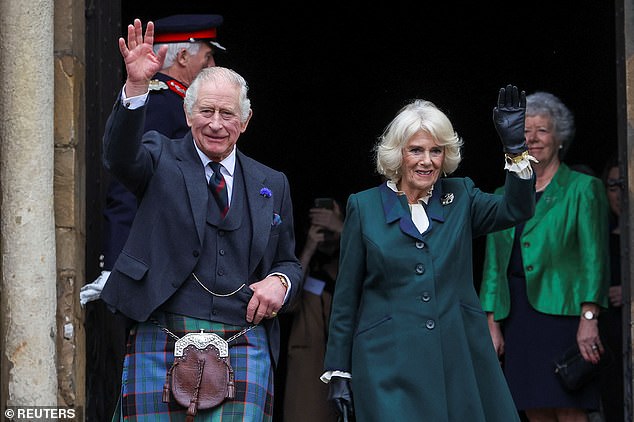 The pair were welcomed to Fife by community groups including a local pipe band and schoolchildren – with the King and his wife stopping to speak to crowds and shake their hands.

One of those who waited to meet Charles was 91-year-old Catherine Gillian-Adams, who said she was ‘thrilled to bits’ her home town was now a city.

Thousands gathered in Dunfermline to see the royal couple and other VIPs including First Minister Nicola Sturgeon.