A RARE £1 coin with a notable minting error has sold on eBay for £206.

Only last month a similar coin sold for almost the same price as a buyer walked away from the online auction after paying £205 for a coin with the same fault. 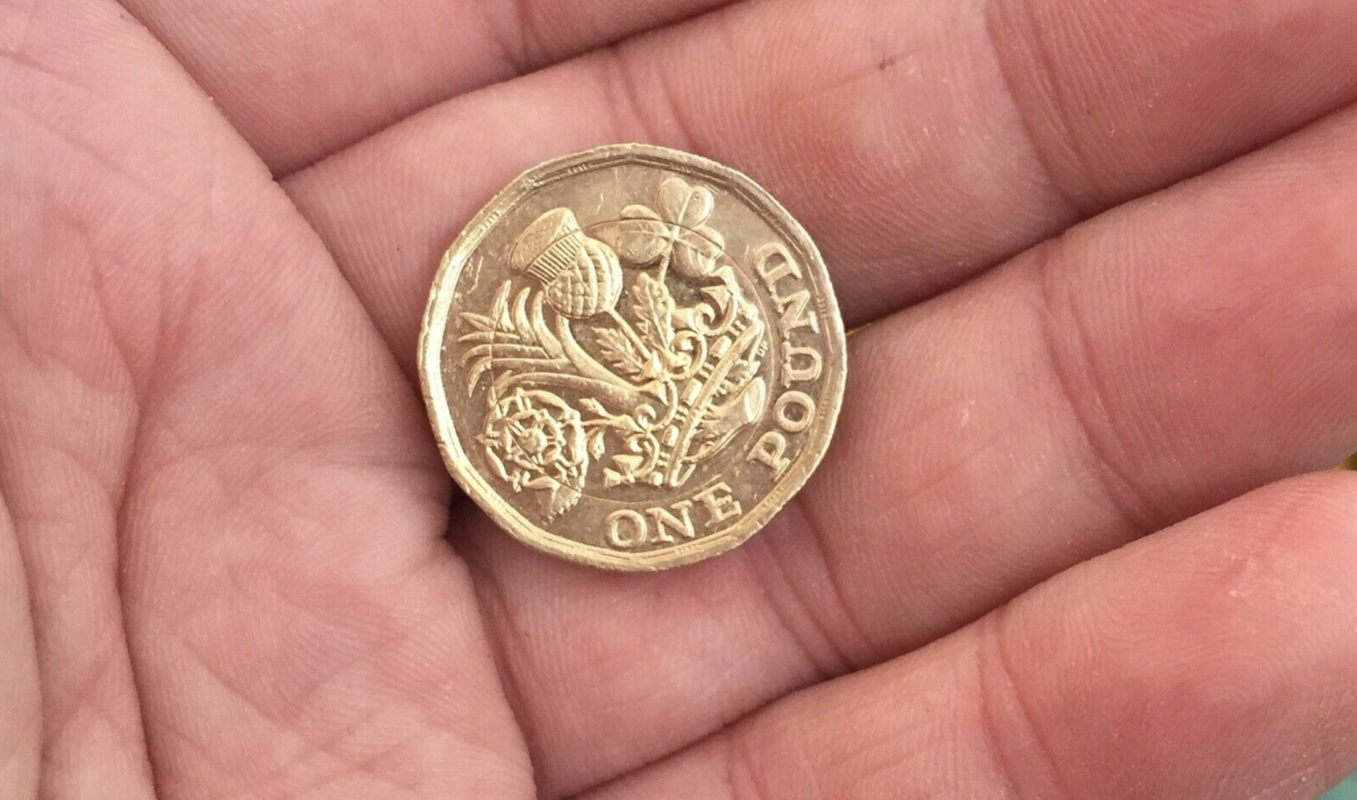 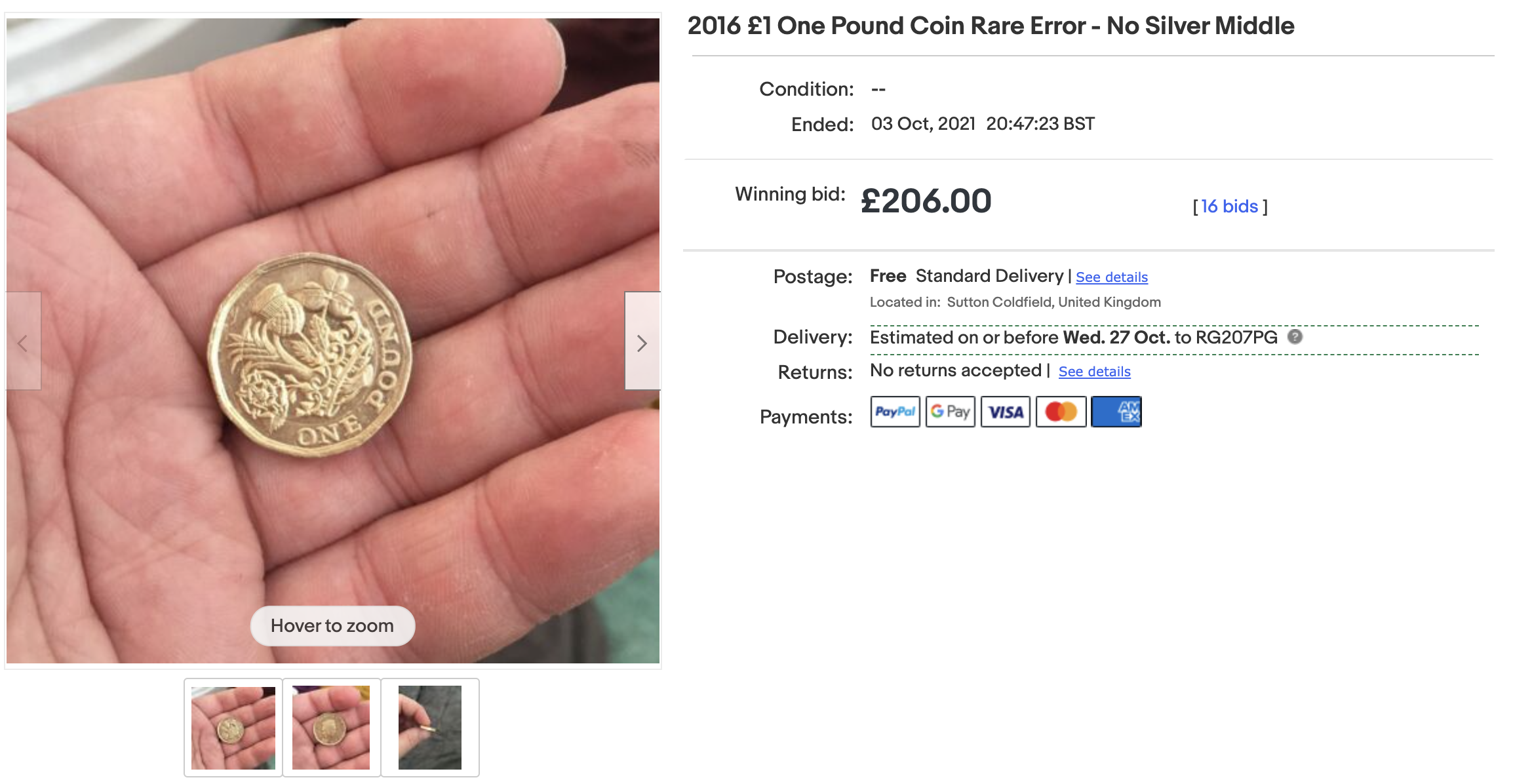 That fault left both coins in a distingishable state where the silver centre was missing from the design.

The coin that sold on eBay on October 3, is a copy of the new British pound that was introduced into circulation in 2017, but buyers were willing to pay over 200 times its face value due to the deisgn error.

It is supposed to have a gold coloured outer-rim (nickel-brass) and a silver coloured middle (nickel-plated alloy) as the coins are designed to be bimetallic, but the error version is gold all over instead.

All that did though, was drive up the price over a series of 16 bids placed by keen collectors.

The listing actually began under-value, as the first bid plaed was only at 99p – 1p less than the actual denomination of the coin itself.

But it didn't take long before the auction reached triple figures and eventually sold for over £200.

The Royal Mint manufactures between three million and four million coins a day, so it can be common for things to go wrong.

A whole number of mistakes can make their way onto the finished product just as one example in April showed how a rare round pound sold for £155 after an error left it with upside down writing on its side.

Meanwhile, in February last year, another mis-struck £1 coin was sold for £112 with an error that left the silver-coloured inner part of the pound looking like a fried egg.

Though these errors were notable and somewhat comical to collectors, error coins can easily slip into your own change too, and they're often overlooked as the faults can be sometimes hard to spot.

If you have a keen eye though, you may be able to cash-in on the errors in your change, as often sellers can get big money exchanging the collectables on sites like eBay.

Compare other rare coins on eBay to see how much they have sold for as reference, and check you're not overpaying for a rare error coin if you buy one yourself.

You can get imperfect coins verified by the Royal Mint too, which will let you know if your change is legitimate or not as unfortunately there are many fake coins in circulation.

Getting the coin looked at can also reassure your buyer that they're paying for the real deal – and it could push up the price too.

Online tools from change experts like Coin Hunter are helpful to see how much it could be worth too.

Plus, the number of bids on the listing can help you establish that the coin is the real deal as well.

But remember that if you're selling on eBay, you need to keep in mind that a buyer could pull out as well which means it won't have sold for the price that it says it has.