The Australian Retailers Association and super fund Rest will share data as part of a push to help close the gender gap in retirement savings, focusing on improved parental leave, reskilling and better access to childcare to keep women in the workforce.

ARA chief executive Paul Zahra, whose organisation represents retailers including Bunnings, JB Hi-Fi and The Good Guys, said the most effective way to address the difference in super balances was to remove barriers to women wanting to get back to work. 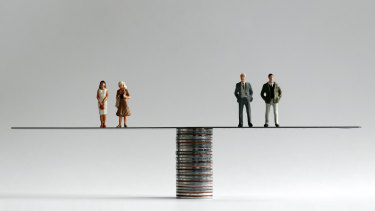 The nation’s peak retail organisation is partnering with Rest to help overcome the super gap.Credit:Shutterstock

“Female underemployment in retail is linked to childcare, with inflexible working conditions and skills also major barriers to participation,” he said. “The ARA continues to work closely with industry and advocate to government for improvements in these areas and our efforts will only strengthen as part our new strategic partnership with Rest.”

About 10 per cent of the nation’s workforce is employed by the $360 billion retail sector and the majority of Rest’s 1.8 million members are women.

Lobby group Industry Super Australia (ISA) estimates the gap between men and women’s super balances at retirement is almost 40 per cent while research by Rest shows women on average suffer a $160,000 drop in retirement savings as a result of career breaks including maternity leave. Among Rest’s over-50s members, there is a $33,000 gap between women and men’s super accounts.

Mr Zahra said the partnership would provide data to members on best practice in areas such as parental leave and childcare and the business case for workplace diversity, helping the private sector drive improvements. Encouraging governments to do more would be the next step after gathering facts on the causes of the gap.

He said the ARA had historically focused on industrial relations issues such as trading hours but diversity, equality, inclusion and sustainability were increasingly on its agenda.

“Inequality in super is a major concern,” Mr Zahra said. “We are trying to move from anecdotal commentary to hard facts by signing up partners who can provide evidence-based information.”

The federal government allocated billions of dollars to women’s economic security and safety in the 2021 budget following revelations of sexism in Parliament House and criticism that the previous year’s budget did too little to help women.

ISA has been pushing the federal government to pay super on Commonwealth paid parental leave to set an example to the sector and has also encouraged state and territory governments to act.

It estimates 1.5 million mothers have missed out on retirement savings due to not being paid super on parental leave over the past 10 years, with a mum of two losing out by about $14,000.

Labor and the Greens have pushed for this change, however, a federal government-directed review of the system found it would make only a small difference to women’s retirement incomes.

While some companies pay super on top of parental leave, Industry Super’s analysis of private sector agreements found only about 7 per cent included this provision, meaning about 2.3 million employees on workplace agreements missed out.

“Including superannuation contributions as part of the Australian government’s parental leave pay and dad and partner pay schemes is one solution to address inequity,” Ms Doyle said in a statement.