Home » Lifestyle » Round 2? Andrew S. Responds to Fans Shipping Him and Katie After Blake Split

Round 2? Andrew S. Responds to Fans Shipping Him and Katie After Blake Split

During season 17 of The Bachelorette, Andrew Spencer told Katie Thurston that he was open to reuniting with her down the road if she was single, but how does he feel now that she and Blake Moynes are done?

Shortly after news broke of Thurston and Moynes’ breakup on Monday, October 25, Spencer, 26, shared a meme of the note he left the 30-year-old lead during his exit episode. The letter originally read “If you change your mind ….” A fan added, “Ima leave my door open …” and Spencer included the Bruno Mars track of the same name.

While the football player acknowledged, “OK this is funny,” he added: “That chapter is closed for everyone in my DMs asking. I wish them both well.” 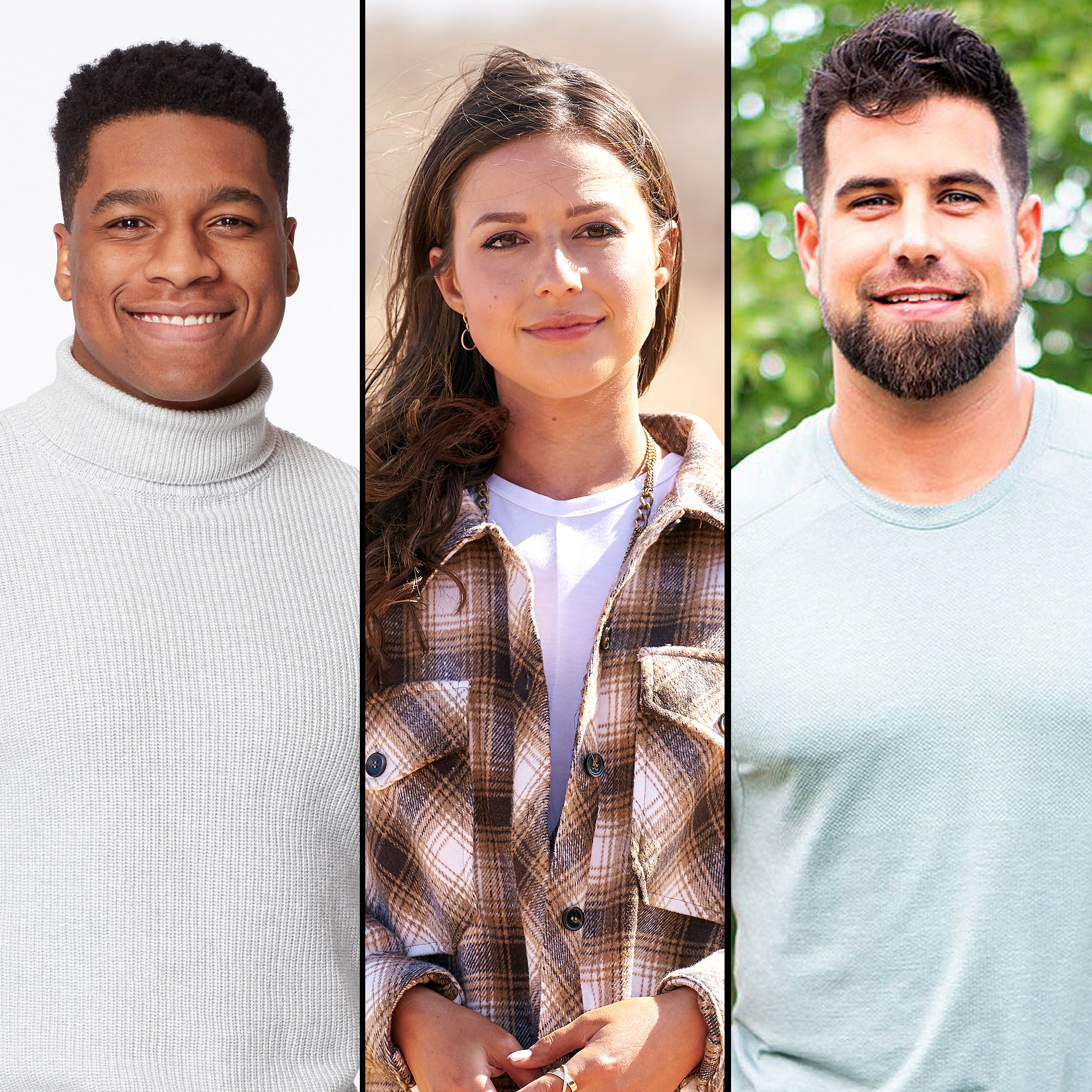 Thurston and Moynes, 31, shared a joint statement via Instagram on Monday, less than three months after viewers watched their engagement on the August finale.

Katie and Blake Spent Weeks Apart Before Split: Signs It Was Over

“It is with mutual love and respect that we have decided to go our separate ways,” the duo wrote. “We are so grateful for the moments we shared together and the entire journey that has unfolded this year, but we ultimately have concluded that we are not compatible as life partners, and it is the most caring choice for both of us to move forward independently.”

Spencer was among the members of Bachelor Nation sending Thurston and Moynes love on Monday, leaving two black heart emojis on the wildlife trainer’s post. The cousin of Bachelorette alum Clay Harbor previously told Us Weekly that his breakup from Thurston made his heart “sink.” 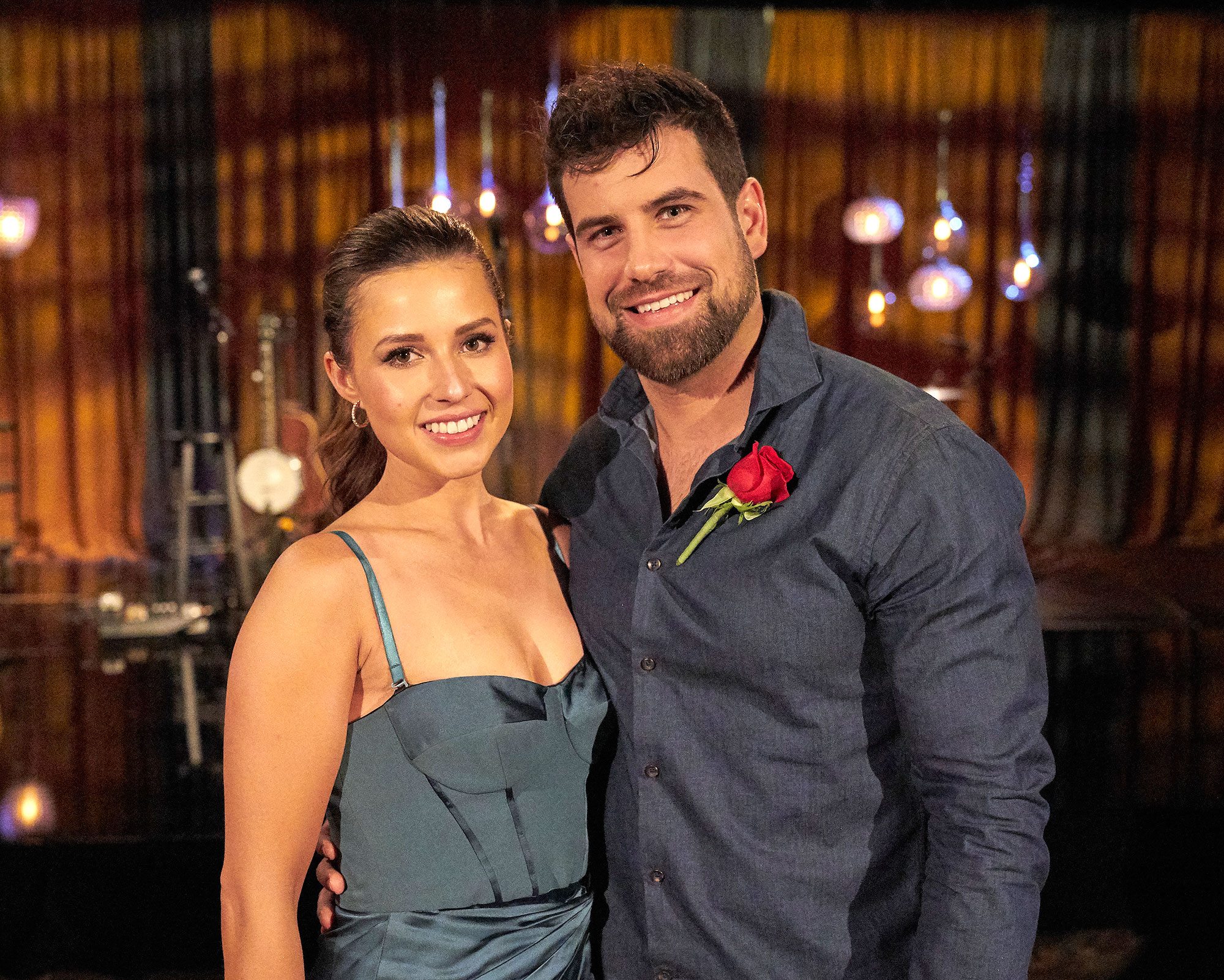 “It doesn’t really show in the season, but [there] was definitely something [between us] that showed whether I was [really] enough for her,” Spencer told Us in July. “I believe that she had stronger relations with [someone] else. So, whether I made it the next week or the other way, like, she wasn’t going to pick me because I wasn’t that guy. I think she knew what we had. … It’s f—ked up in a breakup situation [that] you’re sitting here defending her, but at the same time, I just know her heart. I know what we had was real.”

He added that he told Thurston if she “changed her mind,” he’d be waiting as a way to try to end “things on a happier note.”

Spencer explained: “I just definitely wanted to end things, like, you know, ourselves, like, who we are, who we know each other to be, and that’s always smiling. That’s one of the conversations that we had in the beginning. Through our struggle, we always found a way to smile. We always found a way to be humorous. … I didn’t expect was her to be sprinting down the stairs, like a rom-com and completely suck the wind out of my lungs.” 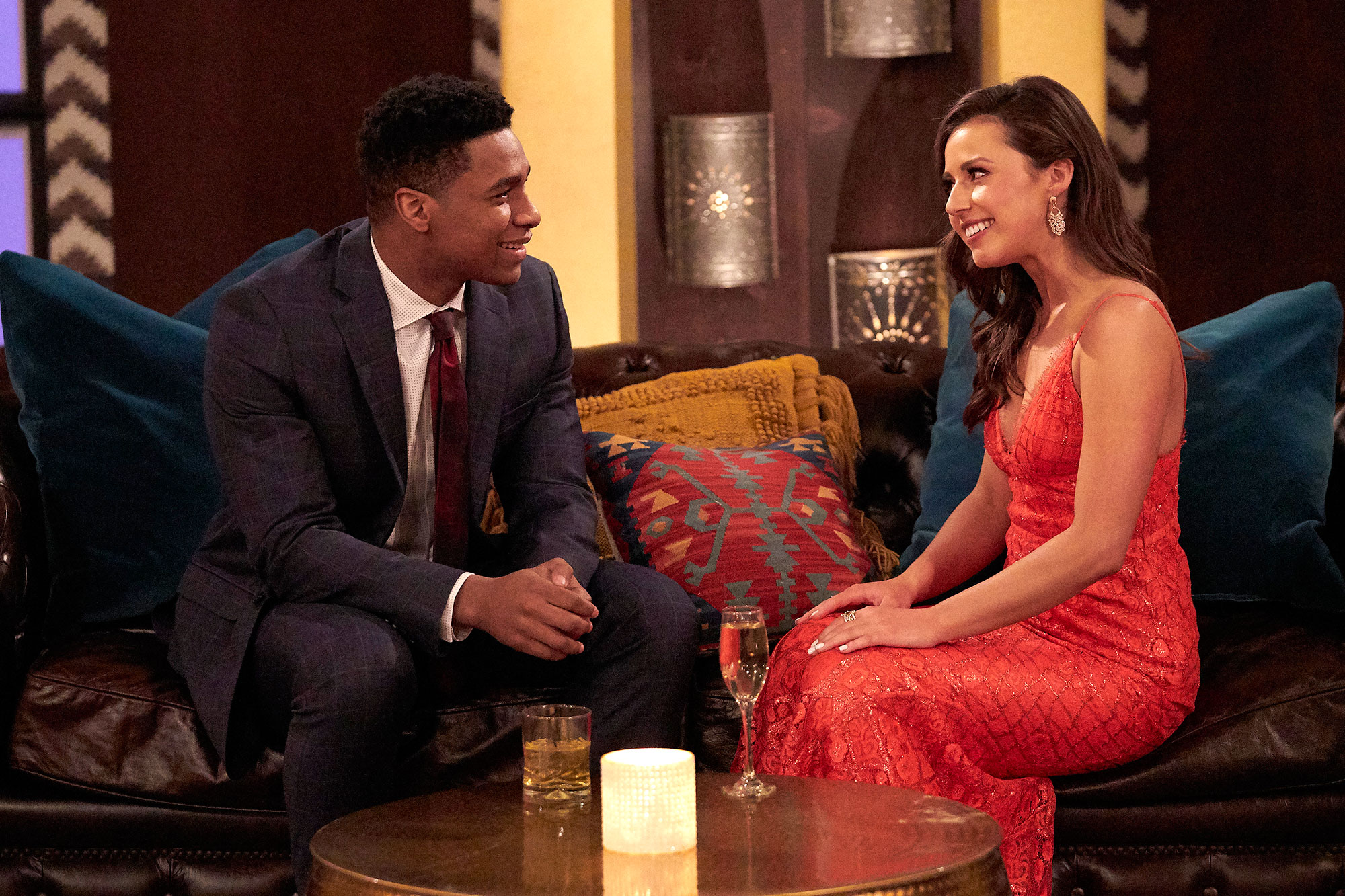 While Thurston and Moynes didn’t provide a reason for their breakup, she told Us days before the split news that they were “winging” things when it came to their long-distance romance.

“The short version is we’re figuring it out,” she told Us on Friday, October 22. “We don’t know. This is very new to us still. I’m just focusing on myself. He’s focusing on him, and if we work doing that, great.”