Home » Lifestyle » Royal baby name: Archie Harrison was written in the stars for Meghan and Harry

Royal baby name: Archie Harrison was written in the stars for Meghan and Harry

Meghan Markle, 37, and Prince Harry, 34, welcomed their little baby boy to the world on Monday, May 6. The Duke and Duchess of Sussex then appeared publicly with their little bundle of joy for the first time on Wednesday, May 8. A doting Harry and Meghan finally ended the months of speculation when they revealed they had named their son Archie Windsor Mountbatten-Windsor. Harry’s brother Prince William and his wife Kate, said they were “absolutely thrilled” with the news and were looking forward to seeing the royal baby.

Similarly, Harry’s father Prince Charles and his wife Camilla, the Duchess of Cornwall, said they were looking forward to meeting Archie when they return from a royal visit to Germany.

And as the world at large celebrates the arrival of Archie Harrison, many fans of the Royal Family are curious to know what inspired the name.

Astrologer Julian Venables, of LondonAstrologer.com, told Express.co.uk Archie’s name was hidden all along in plain sight – in the royal baby’s birth chart.

According to Mr Venables, Archie was born on Monday morning with the Sun in Taurus and the Moon in Gemini. 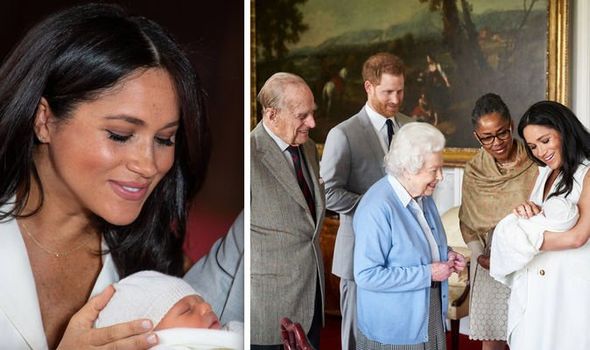 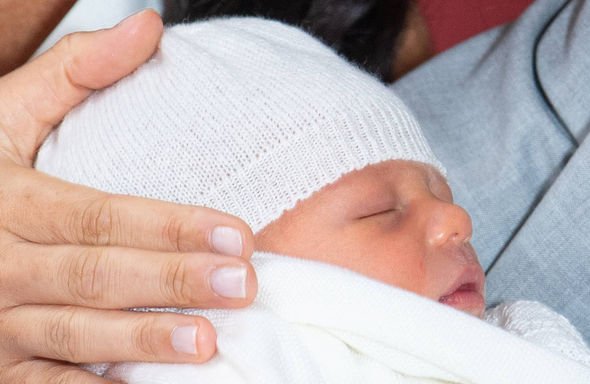 At the same time, the gas giant Jupiter was present in the sign of Sagittarius the Archer. Could this be a coincidence?

The astrologer said: “From looking at his chart, he has Jupiter in Sagittarius and Jupiter is one the planets associated with royalty.

“Jupiter rules the sign of Sagittarius, so Jupiter is in its own sign this year, and that only happens every 12 years.

“Sagittarius is the sign of the archer and so Archie, but there is more to it than that.”

Mr Venables went on to say little Archie also has Jupiter in opposition to Mars in his chart.

Sagittarius is the sign of the archer and so Archie

In astrology, an opposition is said to bridge or bring together two opposing sides in harmony.

In this case, the astrologer said Archie’s birth connected together the British and American side of his heritage.

Mr Venables also said there is another element in the royal baby’s charts, which plays off of the whole Archie-archer connection. 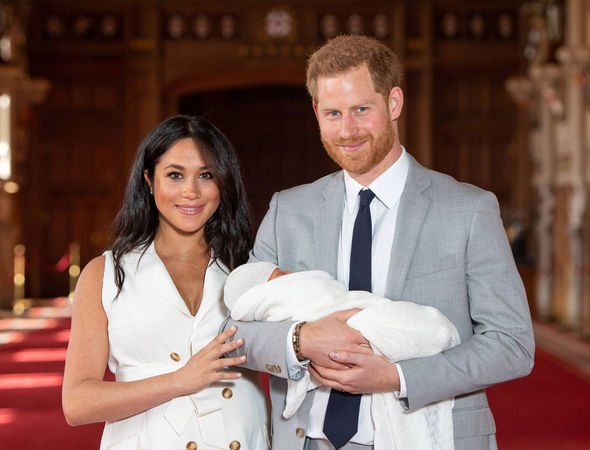 He said: “The other side of the chart is Mars in Gemini. Now, the symbol of Mars is the pointed arrow.

“The pointed arrow is destined to reach its target and the target is the bullseye and he is a Taurus Sun sign and a Taurus rising.

“So, it’s Mars and the pointed arrow and Mars in Gemini is all about accuracy.”

Mars also represents the strength needed to pull back the bow, which hints at the type of character Archie will grow up to be.

Mr Venables said Harry and Meghan’s son will grow to be a “strong character” who is going to “reach his targets”.