Royal fans have praised thoughtful Prince William for sending a ‘lovely’ thank you note after receiving well-wishes on his 37th birthday.

One royal fan site, thought to be in Europe, called Gert’s Royal replies, shared the sweet reply on Instagram, which the Duke of Cambridge sent her over the weekend.

The card, which included a picture of Prince William when he appeared in GQ, also had a note which said: ‘The Duke of Cambridge is most grateful to you for writing as you did on the occasion of his 37th birthday.

‘It really was most thoughtful of you and His Royal Highness sends you his warmest thanks and best wishes.’ 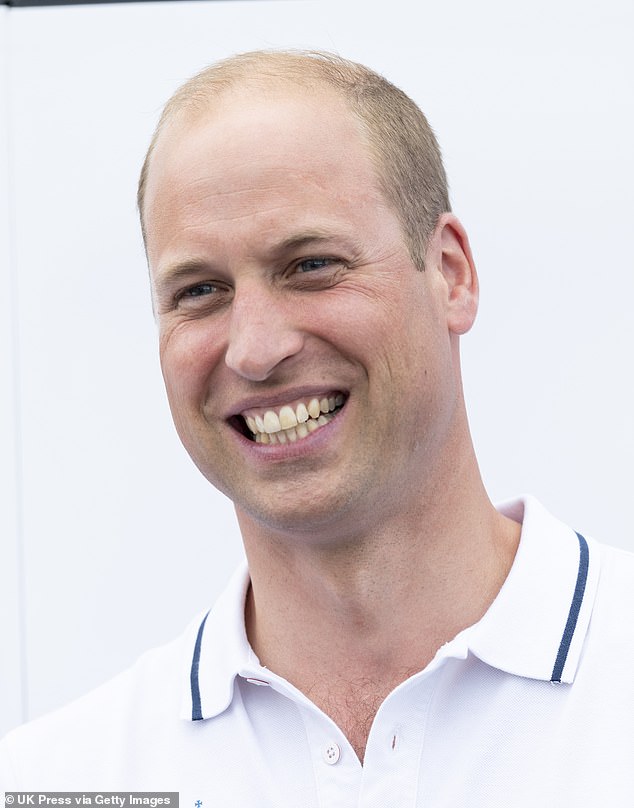 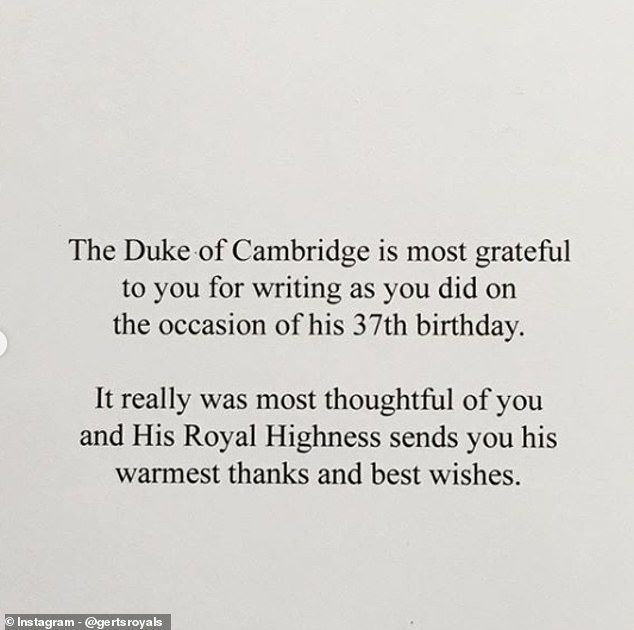 Gert’s Royal replies shared a sweet note on Instagram, that the Duke of Cambridge sent to him after sending a birthday card to the royal in June, for his 37th birthday.

The image was taken for a British magazine shoot in 2017, and was also used for William’s 35th and 36th birthday thank-you notes.

Gert’s Royal Replies also said on her blog about the card:  ‘A lovely reply arrived over the weekend from the UK. I had written to Prince William in June for his birthday.;

Sharing pictures of the envelopes it arrived in, with a British postage stamp, as well as the picture and note they said: ‘The front of the envelope is the usual from the British royals, featuring the postmark from the court post office at Buckingham Palace.

‘The back of the envelope features the black crown/Kensington Royal that is currently used by the Cambridges.’ 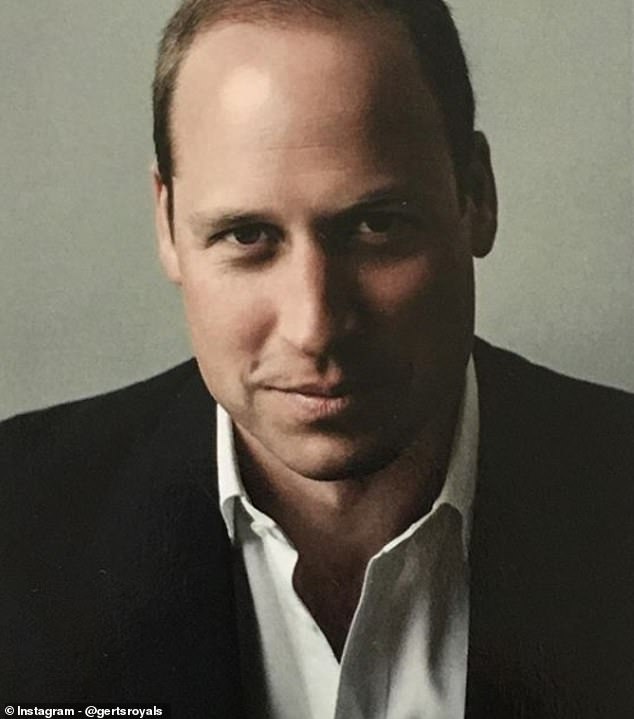 The sweet note also included this picture – taken for a British GQ magazine shoot in 2017, and was also used for William’s 35th and 36th birthday thank-you notes 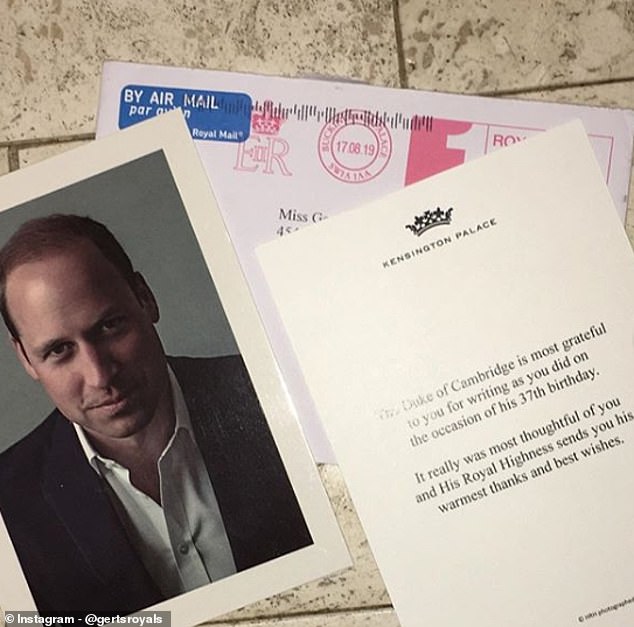 The letter also came with a photo of the Duke, which was taken for British GQ, and had a British postmark on it

He went on to reveal: ‘Inside is their typical birthday reply, a photo card with a typed message on the back.

‘The front of the card features a photo of Prince William by Norman-Jean Roy. The photo is from William’s 2017 interview with British GQ.

The blog which also features, as the name may suggest, other royal replies, also said: ‘This photo was also used on Prince William’s and birthday replies. It is quite typical for Clarence House to reuse photos for multiple events, especially the adult’s birthdays. 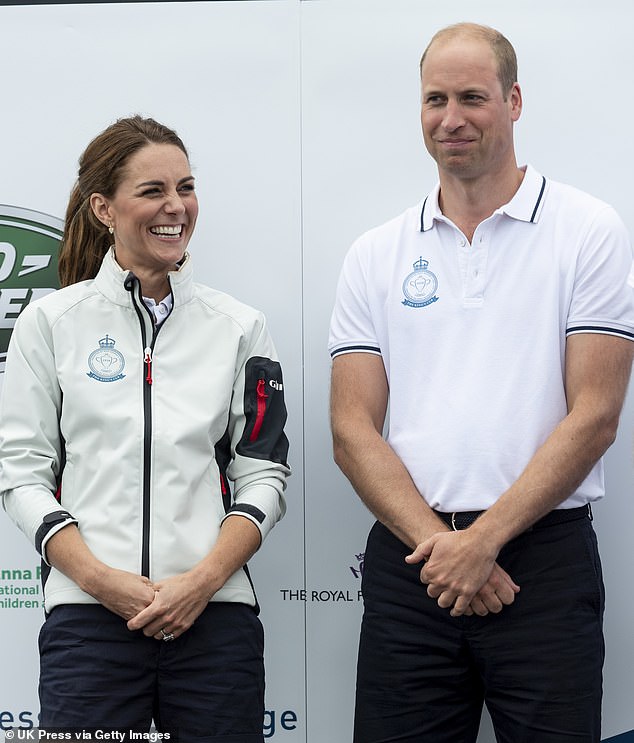 ‘The back of the card features the black/crown Kensington Palace at the top, along with a typed message. The message is slightly different than last years.’

Other recent letters and notes from royals, on the blog, also include one from Prince Joachim and another from Camilla, the Duchess of Cornwall.

Yesterday it was revealed that Prince William and Kate Middleton took their second short haul flight on a budget airline in a week.

The royal couple and their children flew from Aberdeen to Norwich at 2.40pm yesterday as they returned from visiting the Queen at Balmoral, they touched down in Norfolk just 50 minutes later, at 3.30pm.

The trip is believed to have cost £365 for the whole family and comes amid a row over Prince Harry and Meghan Markle’s four gas-guzzling trips on private jets in just 11 days.