Home » Lifestyle » SARAH VINE: At the heart of this care tragedy is an extreme ideology

SARAH VINE: At the heart of this care tragedy is an extreme ideology

SARAH VINE: At the heart of this maternity care tragedy is an extreme ideology that has turned motherhood into a toxic battleground

Can you imagine a forceps delivery so violent it shatters a baby’s skull? Or a woman in the agonies of labour being told she’s ‘pathetic’ and ‘lazy’?

Or relatives of a deceased mother being told that it was partly that mother’s fault ‘because she clearly did not complain very much’?

Sounds like something out of the Dark Ages, does it not?

And yet this is the state of maternity care in modern 21st century Britain. And it is nothing short of shameful.

The inquiry into the deaths of mothers and babies at the Shrewsbury and Telford Hospital NHS Trust, published yesterday, has unearthed a catalogue of horrors almost too gruesome to contemplate.

Over 200 babies and nine mothers dead, 94 children brain damaged as a result of neglect, incompetence and, in many cases, what can only be described as an astonishing level of malice on the part of the medical practitioners. 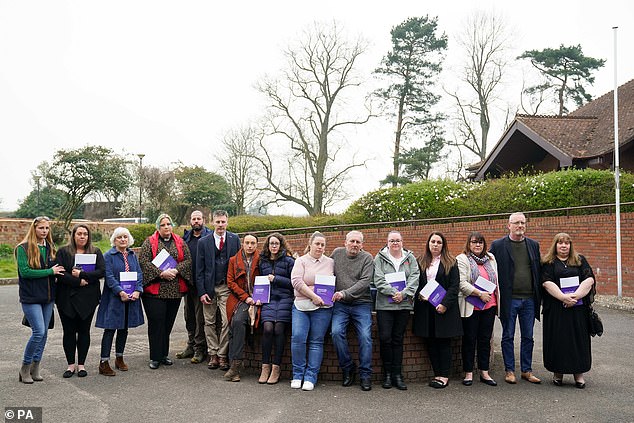 The inquiry into the deaths of mothers and babies at the Shrewsbury and Telford Hospital NHS Trust, published yesterday, has unearthed a catalogue of horrors almost too gruesome to contemplate

Their job was to care for these pregnant women. But instead – as we read from accounts of witnesses – they seemed to take an almost perverse delight in making them suffer. And that may well be just the tip of the iceberg: 600 cases involving the Shrewsbury Trust are currently being investigated by the police.

One grieving parent, Richard Stanton, whose daughter Kate died soon after being born in 2009, expressed the hope that the report would result in prosecutions. Donna Ockenden, the senior midwife in charge of the inquiry, which took five years to complete, has said she feels ‘ashamed’ of what went on.

‘We have seen families that have been split apart, families where relationships have been broken, cases of trauma and PTSD that have persisted for years after the event as well as terrible, terrible sadness. At times, after meeting families, I went back to my hotel room and I cried,’ she said.

Such a catastrophic failure, on such a scale, is hard to understand. It seems impossible that someone, somewhere, would not have noticed what was going on, that a situation so clearly appalling could have been allowed to persist for so long without some authority stepping in or asking questions.

In truth, though, to mothers everywhere, a lot of the behaviour and attitudes that have transpired from this report will feel depressingly familiar.

At the heart of this scandal lies an extreme ideology that has turned motherhood into a toxic political battleground. A rigid dogma that resulted in disastrous misjudgements which, ultimately, cost the lives of innocent women and children. 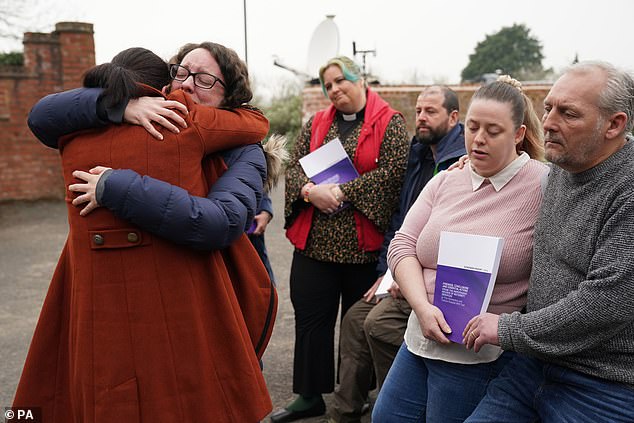 Over 200 babies and nine mothers dead, 94 children brain damaged as a result of neglect, incompetence and, in many cases, what can only be described as an astonishing level of malice on the part of the medical practitioners

I’m talking about the NHS’s obsession – central to this report on Shrewsbury and universally acknowledged as a major factor – with so-called ‘natural’ childbirth, almost at any cost. An aversion to the idea of medical intervention during labour and a particular horror of caesarean sections.

One that, in my experience and in the experience of many women I’ve spoken to over the years about this, is shared across all maternity services, and especially in the midwife community.

Of course there have always been a number of natural-childbirth advocates around. But around the end of the Nineties the movement gained momentum, and the notion of ‘good’ and ‘bad’ childbirth really seemed to take hold.

And the truth is, the NHS – run by managers, as it is, rather than doctors – had every incentive to encourage it.

A caesarean section generally costs considerably more than a ‘natural’ birth. Bodies such as the Royal College of Midwives (RCM) and Royal College of Obstetricians and Gynaecologists (RCOG) made it clear that they were not in favour of medical intervention during childbirth. Mother Nature knows best was the mantra – even though, of course, maternal death rates before modern medicine would strongly suggest otherwise.

Nevertheless, childbirth became less of a clinical issue and more of a moral one. Women who were unable to give birth naturally were suddenly seen as cowards and failures, ‘too posh to push’, somehow inadequate for going against the natural order of things.

Even asking for pain relief was considered a cop-out. Breathing exercises, we were told, was all ‘real’ women needed. There was an awful lot of baloney bandied about about how ‘empowering’ vaginal delivery was, how it would flood your body with magical hormones, and make you feel like the ultimate ‘feminine goddess’.

This in turn fed into the obsession with breastfeeding, and the instant chastisement of any mother who ever eyed up a tub of Aptamil formula milk in the supermarket.

When I had my first child in 2003, I clearly remember such attitudes prevailing. At my NCT antenatal classes at the local hospital, instructed by midwives, the first thing we were told was that a vaginal birth – described as ‘normal’, the clear implication being that anything else was ‘abnormal’ – was the ‘desirable’ outcome.

We were shown endless slides of Native American women squatting in forests (I kid you not), and told that epidurals would ‘numb’ the beautiful experience of childbirth (when I put my hand up and pointed out that I thought numbing was the whole point of them, I was met with a very stern stare).

Caesareans were the devil’s work, a measure of last resort, and entirely avoidable provided we, as mothers, trusted in our midwives. Ah, trust in the midwife. I did that, and it almost ended in disaster. 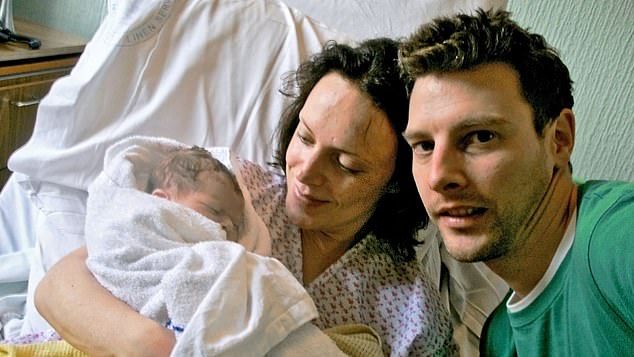 One grieving parent, Richard Stanton, whose daughter Kate died soon after being born in 2009, expressed the hope that the report would result in prosecutions. Donna Ockenden, the senior midwife in charge of the inquiry, which took five years to complete, has said she feels ‘ashamed’ of what went on

When I eventually went into labour with my first, I did exactly as I was told. I waited until my contractions were however many minutes apart they should have been (I can’t honestly remember now), and then I went to hospital. When I got there, I was examined, told my labour was progressing nicely, and given a room.

A few hours in, and something clearly wasn’t quite right. I was examined again and told that my labour had stalled. I was given drugs to speed up the process, and then began an agonising night. By the time the obstetrician came to do her rounds the following morning, I had progressed to no further than 4cm dilation (you need 10cm), was struggling to breathe – and my daughter was in distress.

The obstetrician took one look, said something furiously under her breath to the attending midwife (one of several that came and went) and rushed me to the theatre. After a day and a half in labour, I underwent an emergency caesarean, and my daughter was born safely.

At every turn the midwives made me feel stupid, lazy and inadequate for not ‘progressing’ with my labour. All they seemed to care about was making sure I did things their way. And yet their way was not exactly exemplary.

My daughter was posterior presented, meaning she was face up in the birth canal instead of face down – a position that makes it very hard for the cervix to dilate sufficiently to allow a vaginal birth.

But not one of the midwives present had identified this. Had they done so, it might have been possible to turn her. But such was their incompetence – or neglect – that by the time the problem had been identified, it was too late. She had to come out, fast.

Had I been left in their hands – or had the hospital had a no caesarian policy – who knows what would have happened. Maybe they would have tried to remove her with forceps; maybe she would have been brain damaged, like so many of the poor babies in this case. I consider both of us very lucky.

There are many lessons that must be learned from the appalling failures at Shrewsbury. Some of the families affected have been financially compensated. They will no doubt still seek proper justice, and rightly so.

But if any good is to come out of this tragedy, surely it must be a change in attitudes towards childbirth. As well as an acknowledgement on the part of the medical professionals involved that no mother, or baby, should ever be a pawn in the political games of others.