Labor and independent candidates are capitalising on the government split over net zero as prominent Nationals reignited division within the Coalition over the target, pulling climate change back into the election campaign spotlight. 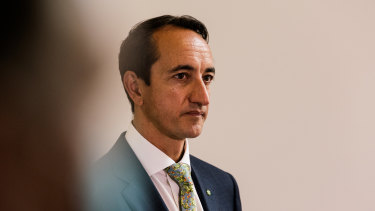 “Fossil fuels at the moment, have a necessary but evil impact in our system,” Sharma told a Sydney forum about offshore petroleum exploration on August 18. “If you like, they’re a necessary evil, but we need to be transitioning away from them.”

The office of the backbencher, who is defending his patch against independent candidate Allegra Spender, has not responded to questions about whether he stood by the comments in light of the hundreds of millions of dollars devoted to fossil fuels alongside renewables in the federal budget.

Sharma has this week been forced to defend the government’s commitment to achieving net zero emissions as Nationals senator Bridget McKenzie backed the construction of new coal-fired power stations, and Matt Canavan declared the 2050 net-zero target “dead” and questioned the validity of the push into hydrogen power.

“Matt has a longstanding view on this issue … but he didn’t win that argument,” Sharma told ABC radio on Wednesday.

However, Kooyong independent Monique Ryan said on ABC radio on Thursday morning the Coalition was still beholden to its outliers: “This Liberal Party government is a minority government, which is being held to ransom by Barnaby Joyce and Matt Canavan.”

Labor’s treasury spokesman Jim Chalmers this week accused the Coalition of not being able to “get its story straight” over its climate reduction policies, labelling the government a “joke when it comes to climate change”.

The federal budget provided more than $1 billion of funds for the gas industry, including for hydrogen research and development, gas supply pipelines, exploration of the Beetaloo Basin and LNG processing, coupled with carbon capture and storage.

Asked during her National Press Club address this week whether she supported the government funding new coal-fired power stations, McKenzie said it was a “government position”. 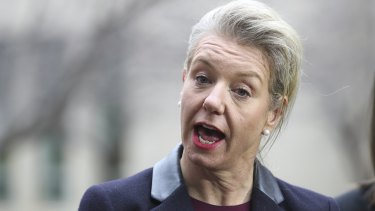 “When we have carbon capture and storage technology employed, we actually lower the emissions significantly of that type of power generation. That is absolutely something that we continue to support,” she said.

“We’ve got plenty of fossil fuels in the world right now, assets to drive our current economy and we need to be lessening our dependence upon them each day,” he said.

When asked whether he supported the use of public money to expand the oil and gas industry, Sharma replied, “no, I don’t.” However, he clarified he’d have to get into the detail about what exactly was meant by subsidising those industries.