She’s back! Farrah Abraham reunited with her Teen Mom OG castmates for the upcoming spinoff, Teen Mom: Family Reunion — but it wasn’t all smooth sailing.

From Farrah to Bristol! Every ‘Teen Mom’ Star Who Has Left the Franchise

On Tuesday, November 30, the trailer for Teen Mom: Family Reunion revealed that Abraham had returned for the eight-episode series, which features her OG costars, Amber Portwood and Maci Bookout, along with the stars of Teen Mom 2, Leah Messer, Briana DeJesus and Jade Cline. (Teen Mom OG’s Catelynn Baltierra was unable to take part in the show.)

Family Reunion promises to be “the mother of all vacations” in which the moms and their partners will “connect with one another and celebrate their unique bonds during a unique getaway, with fun, sun and new friendships. They’ll also reunite with surprise cameos from the past and present,” according to MTV.

Abraham, who was fired from the Teen Mom franchise in 2017 due to her career in adult entertainment, was one of those surprises. 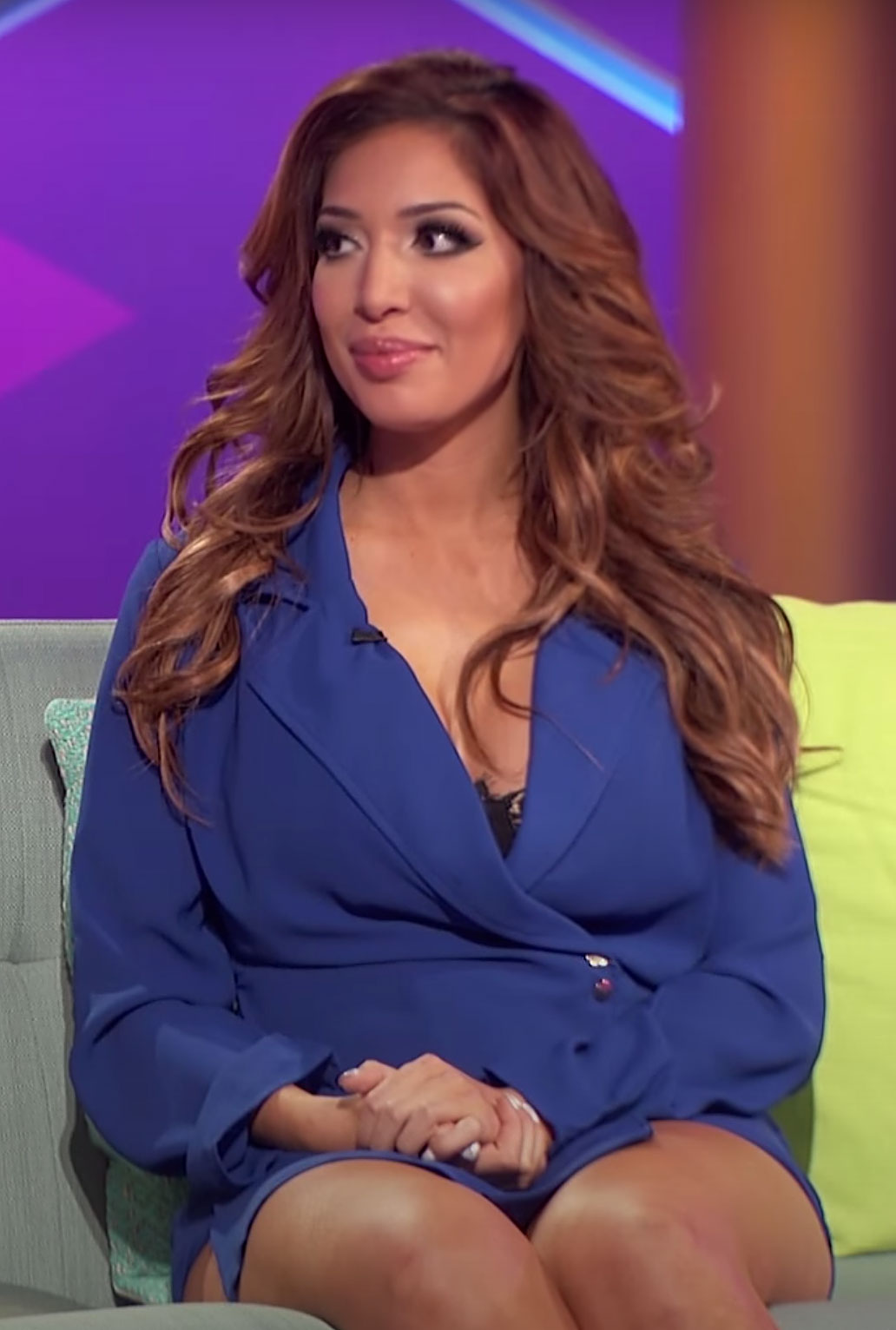 Since leaving the show, the Celebrity Big Brother alum has struggled to connect with her former costars. The mom to 12-year-old daughter, Sophia, got into a physical altercation with Portwood, 31, during the 2016 Teen Mom reunion. The following year, Abraham referred to her castmates from the original 2009 show as “the Three Stooges.”

Farrah Abraham Through the Years

That might be why Portwood and Bookout, 30, seemed conflicted when asked what it was like “hanging out” with the Nebraska native again during part one of MTV’s Teen Mom: OG Season 9B Reunion.

“We really tried to make her feel better?” Portwood said in a sneak peek of Tuesday’s episode.

Bookout noted that she has her own opinions about Abraham but urged viewers to “get to know her” before making any judgments.

When reunion host Dr. Drew asked whether Abraham was “conflicting with the Teen Mom 2 women,” Bookout said that the Dream Twenties author fought with “everyone, to be honest.”

Despite her castmates comments, Abraham said that she had “so much fun catching up” with her fellow moms while filming the show. In a taped message, she also admitted that “some drama went down” on set — but wouldn’t go as far to say what happened.

Last year, Abraham exclusively told Us Weekly that she was not in contact with her former costars.

‘Teen Mom OG’ Stars: Where Are They Now?

“I don’t speak to people who don’t support me or bash me, who have tried to hurt me or my family,” she said in February 2020. “I wish all of the women all the best. I think that’s great — keep doing what they’re doing!”