Breakfast is said to be the most important meal of the day, and now there’s one more option to consider – White Choc Coco Pops.

Dozens of people took to Twitter saying the treats were a ‘game changer’ and even predicted they would be ‘the next best thing since sliced bread’.

Kellogg’s claims its new product has 30 per cent less sugar on average than other chocolate flavoured toasted rice cereals. 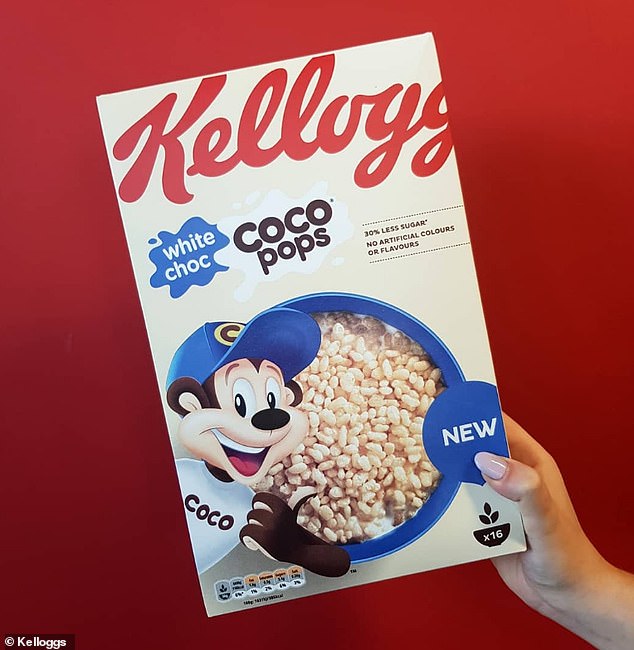 The cereal also contains no artificial colours or flavourings and is available in Asda and Tesco stores.

Sara Ashley, a Kellogg’s food technician at the Manchester cereal factory, told the Mirror how they were inspired to develop a prototype by fans.

She said: ‘We knew fans were asking for it so we developed a prototype, which uses three basic ingredients, and tried it out with Kellogg’s staff who loved it.’

Katy Bailey, brand manager for Kellogg’s Coco Pops said: ‘We wanted to see if it was possible to create a white chocolate Coco Pops that tastes as good as the original. 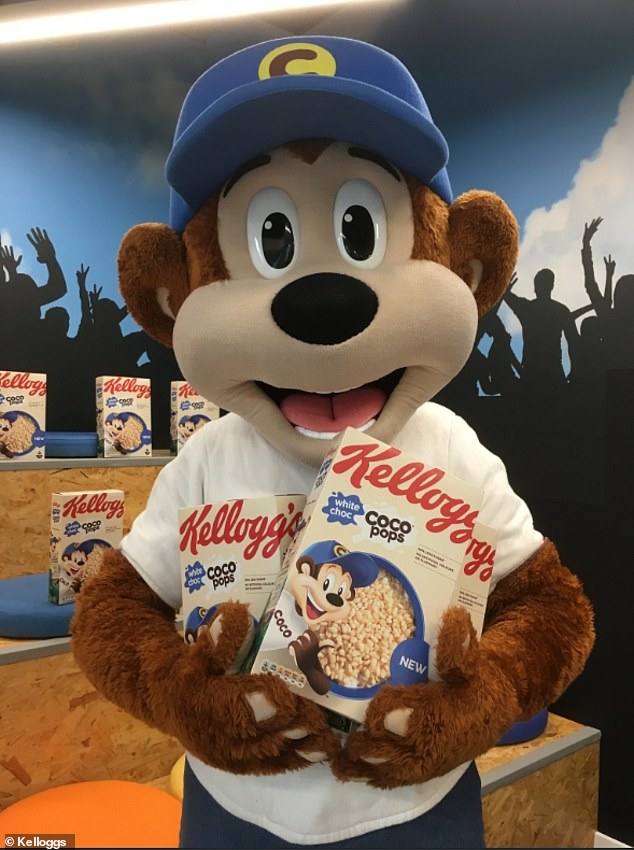 The cereal, pictured with the Coco Pops character, is said to contain 30 per cent less sugar on average than other chocolate flavoured toasted rice cereals 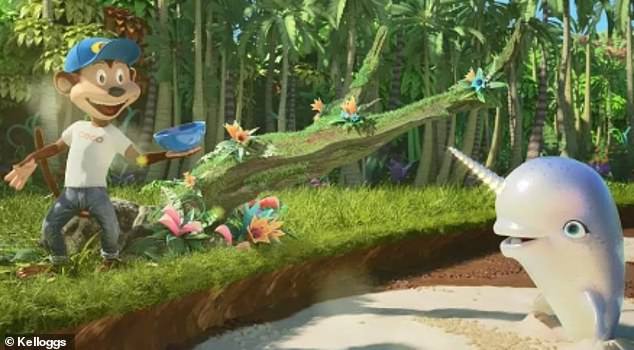 Kellogg’s has also introduced a new character called Nula the Narwhale, pictured, who turns the traditional Coco Pops into the White Choco treats

‘Our food developers have succeeded and for the first time in the cereal’s 59 year history, a white chocolate version will hit the shops.’

Kellogg’s has also introduced a new character called Nula the Narwhale to its adverts, who turns the traditional chocolate treats into the white alternative.

Dozens of happy shoppers shared their joy at the news of white chocolate cereal on Twitter, with some saying the treats were a ‘game changer’.

One person said: ‘White chocolate coco pops HELLO,’ while others added that the cereal was ‘soooo class’.

Another tweeted: ‘The new white chocolate coco pops are a game changer where can I get them.’

While another person wrote: ‘White chocolate coco pops are going to be the next best thing since sliced bread.’ 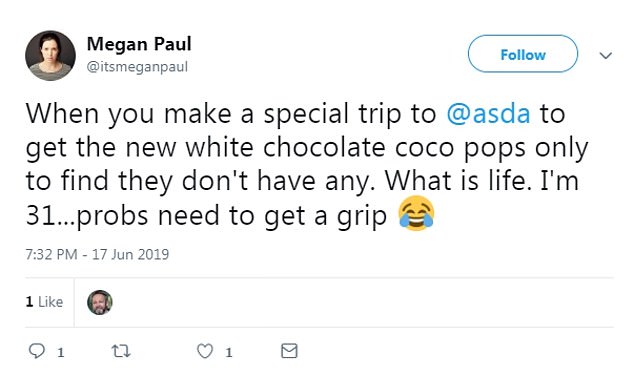 Others pointed out that they had been waiting a long time for the cereal and wrote: ‘FINALLY Coco Pops are coming in white chocolate.’

Another fan of the new cereal even admitted that they had tried to find the cereal already at their local supermarket – and been disappointed.

They tweeted: ‘When you make a special trip to @asda to get the new white chocolate coco pops only to find they don’t have any. What is life. I’m 31… probs need to get a grip.’

Several people from places including Birmingham and Kent also tweeted Kelloggs to try to find out where the cereal was stocked.

However, some were not so convinced on the new breakfast option and compared them to another popular product on the market.