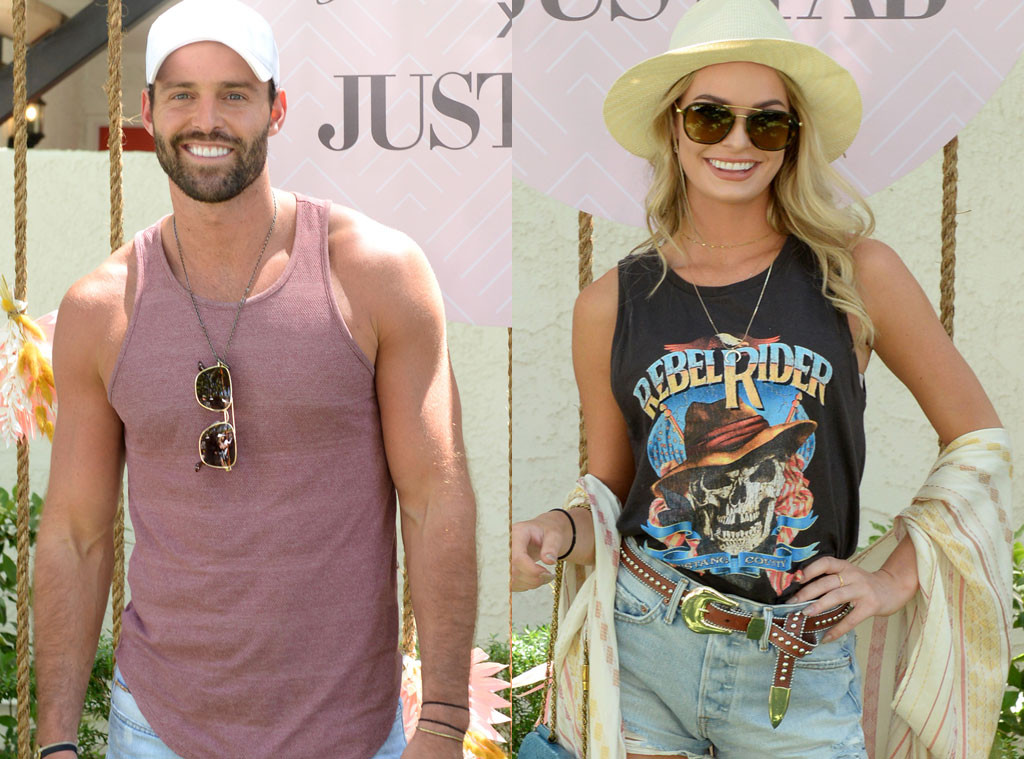 Could Robby Hayes and Juliette Porter be a match made in reality TV heaven?

The former Bachelorette contestant and Siesta Key star confirmed their romance on Instagram on Monday by sharing a photo of themselves kissing on a sunny beach. It seems like sparks started flying between the reality TV pair when they hung out at Stagecoach last month with reality stars Corey Brooks and Kelsey Owens. According to a source, Owens was the one to introduce the pair to each other.

“They have been dating for about 2 months now and are officially exclusive,” the source shares. “They have already taken several trips together and have spent a lot of time in a short two month period.”

For those who don’t remember, Robby was the runner-up on JoJo Fletcher‘s season of The Bachelorette, before he eventually went on to sort-of find love on Bachelor in Paradise. He briefly dated Amanda Stanton, but that relationship ended shortly after they left paradise. However, things took a turn when he released screenshots of their previous interactions and made some rather unsavory comments. Unsurprisingly, this has left a sour taste in many peoples’ mouths.

According to the source, Robby has already met “several” of Juliette’s friends and they are unfazed by his reputation on Bachelor in Paradise. “They all adore him,” the source says.

In regards to Juliette’s previous relationship with Alex, that proved to be a poor match. The stars called it quits on their relationship after Alex proved to be incapable of staying faithful. It also didn’t help that many of her co-stars didn’t approve of the romance.

It’s only been two months since the stars started dating, but the source says, “Their relationship has been really working.” It definitely helps that they have “similar lifestyles.”

So, will Robby prove to be the guy that makes Juliette believe in love again? Only time will tell, but luckily it was announced that Siesta Key has been renewed for a third season, just in time for people to see how this relationship unfolds.