‘Significant milestone’: In Glasgow, the world moves to halt deforestation

Glasgow: Global deforestation would be halted by the end of the decade under a plan to be endorsed by over 100 world leaders on the second day of United Nations climate talks.

Leaders representing land which is home to over 85 per cent of the world’s forests are expected to commit to halting and reversing deforestation and land degradation by 2030. 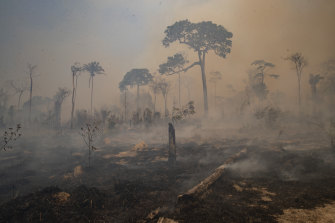 Among the signers, countries such as Brazil, Indonesia and the Democratic Republic of the Congo have seen struggled with deforestation for decades. The nonprofit World Resources Institute calculates forests absorb roughly 30 per cent of carbon dioxide emissions.

The deforestation announcement is not part of the formal COP26 negotiations, but reflects the efforts of the UK hosts of the climate talks to use the moment to drive forward a range of initiatives to help tackle climate change through side deals to the talks. Other signers of the pact are expected to be Australia, Canada, Colombia, Russia, and Norway.

Prime Minister Boris Johnson has made his mantra for action on “coal, cars, cash and trees” central to the Glasgow talks.

The British government’s determination to secure significant side deals is widely seen as part of an effort to ensure that COP26 can succeed in advancing efforts to control climate change even if world leaders gathered here do not commit to the headline emission reductions. 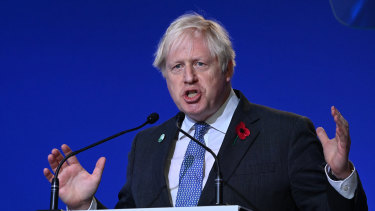 Those reductions are part of the 2015 Paris agreement targets of keeping warming to well below two degrees.

The plan to reverse deforestation is expected to include a commitment of US$12 billion ($16 billion) in public funds from 12 countries between 2021 and 2025 to protect and restore forests, as well as US$7.2 billion of newly-mobilised private investment.

This would include a new US$1.5 billion fund to protect the Congo Basin, which is home to the second-largest tropical rainforest in the world.

Although forests take the emissions out of the atmosphere, this natural climate buffer is rapidly disappearing.

The world lost 258,000 square kilometres of forest in 2020, according to WRI’s deforestation tracking initiative Global Forest Watch, an area larger than the United Kingdom. The Geneva-based World Meteorological Organisation said that parts of the Amazon rainforest have gone from being a carbon “sink” that sucks carbon dioxide from the air to a source of CO2 due to deforestation and reduced humidity in the region.

Monday’s agreement vastly expands a similar commitment made by 40 countries as part of the 2014 New York Declaration of Forests and goes further than ever before in laying out the resources to reach that goal.

Alongside this more than 30 financial institutions with over US$8.7 trillion of global assets – including Aviva, Schroders and Axa – are expected to commit to eliminate investment in activities linked to deforestation.

“Today we celebrate – tomorrow we will start pressing for the deal to be delivered,” said Roberto Waack, a Brazilian business leader and biologist and Chatham House visiting fellow.

“The deal is a significant milestone on the road to protecting our precious forests and tackling the climate crisis.

“Yes, we must restore forests and plant trees to achieve the ambitions of the Paris Agreement.

“But at the same time, if forests continue to disappear at the current catastrophic rate, all this work will be to no avail. And frankly, the silence around the value of intact forests has been deafening.” 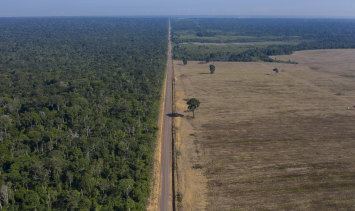 A highway stretching between the Tapajos National Forest, left, and a soy field in Belterra, Para state, Brazil. Credit:AP

The United Nations climate office warned this week that the world remains off target for meeting its goal of cutting emissions as part of international efforts to curb global warming.

Concentrations of carbon dioxide, methane and nitrous oxide were all above levels in the pre-industrial era before 1750, when human activities “started disrupting Earth’s natural equilibrium”, the office said.