A singer who was told to have some ‘self respect’ by a stranger while doing her make-up on a train has won praise for her strongly-worded comeback.

Lauren Byrne, who lives in London, took to Twitter to recount an incident where a man spent 10 minutes sighing and staring at her while she applied cosmetics, before telling her she should do her make-up at home and not in public.

Lauren asked him if they were on a ‘time travelling train back to the ’60s where men think it’s appropriate to speak to women like s***.’

Followers applauded Lauren, who is in country pop band Remember Monday and previously appeared on The Voice, and although she admitted it might not have been the most ‘mature’ thing to say, she added that it made her ‘feel better’. 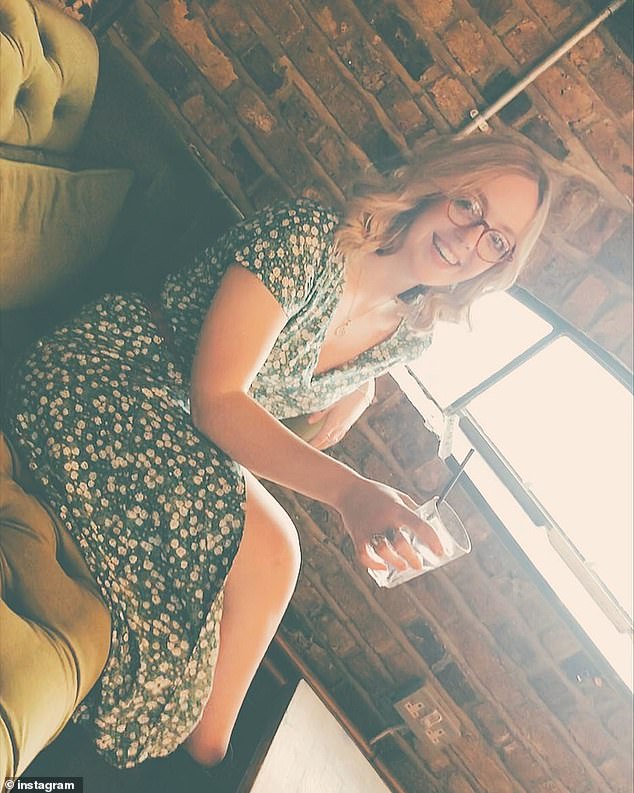 Singer Lauren Byrne, pictured, shared her retort, which she admitted might not be the most ‘mature’, to a man who stared at her while she was doing her makeup on the train on Twitter 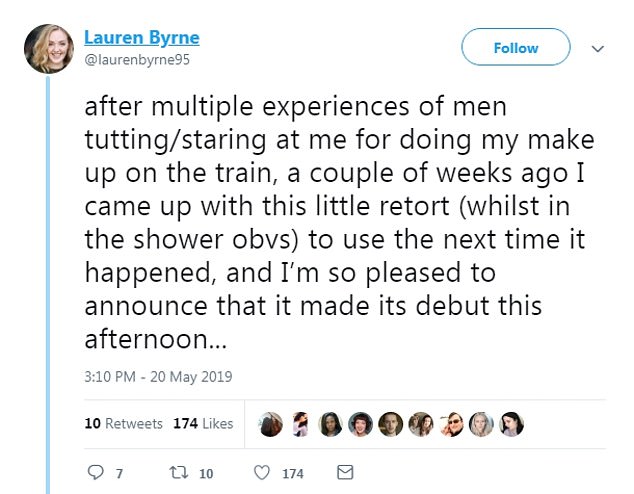 Lauren explained how the idea for the retort came to her in the shower after frequently experiencing men tutting and staring at her for doing her make-up on the train.

She said: ‘After multiple experiences of men tutting/staring at me for doing my make up on the train, a couple of weeks ago I came up with this little retort (whilst in the shower obvs) to use the next time it happened, and I’m so pleased to announce that it made its debut this afternoon’

She the tweeted how the man had been tutting and sighing at her for around 10 minutes before she decided to respond to him.

Lauren said: ‘Is everything okay there sir? 🙂 Him: have some self respect love, do that at home not in public. Me: oh I’m so sorry! I didn’t realise this was a time travelling train?! 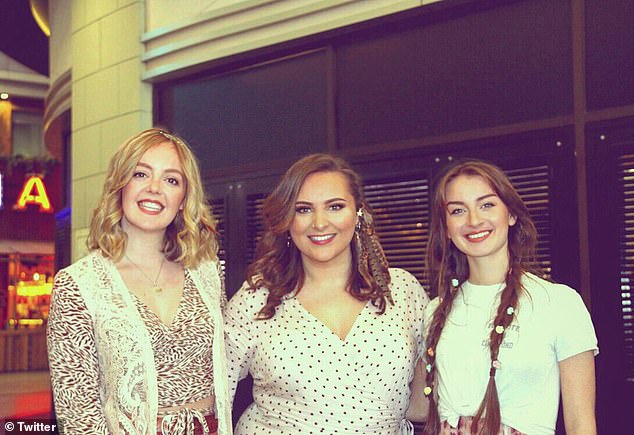 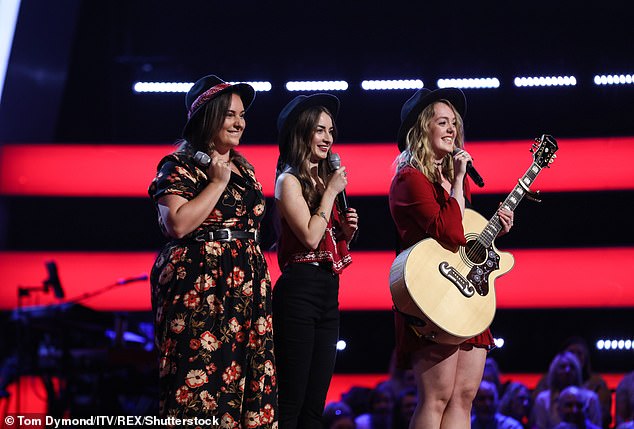 ‘Him: What?? Me: well I’m assuming from your tone that we’ve travelled back to the ’60s where men think it’s appropriate to speak to women like s*** and tell them what to do for no reason whatsoever??? Him: …

‘Me: oh… it’s NOT a time travelling train?? In that case I suggest you move carriages if it’s that offensive to you. Have a lovely day. Him: … *tut*’

The singer then admitted that she might not have acted in the most grown-up way but did leave the train feeling better.

She said: ‘It may have not been the most mature way of dealing with it but it certainly made me feel a hell of a lot better. 10/10 would recommend.’

Several people responded to Lauren’s tweet and praised her for her witty comeback, with some saying they might try it themselves.

One person said: ‘This is excellent. I just stare them out and smile lots and make a bigger gestures whilst doing my make-up, but I may take a leaf out of your book next time!’ 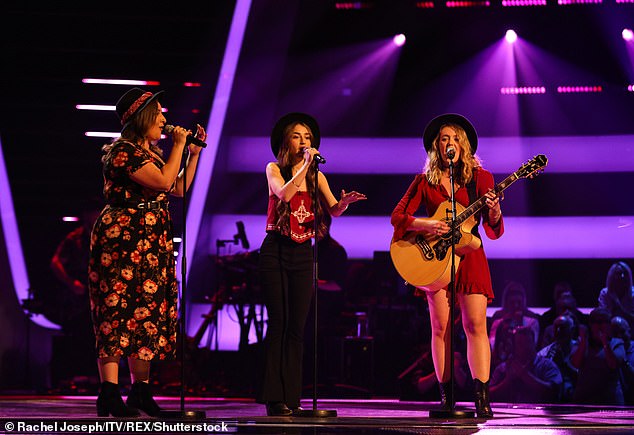 Lauren, pictured right with her band mates, received several responses to her tweet and said she’d recommend speaking up when people stare on the train

Some women asked why others care about them putting their makeup on while on public transport, and said: ‘It’s not like you’re flossing or clipping toenails! Gee whizz’

While another tweeted: ‘Yes! Love it! I don’t understand why people have an issue with women putting make up on while on the train.

‘It’s not like we are blasting music or speaking Loud on the phone.But it’s ok for men to shout & chant football songs & start fights with football rivals on trains.’

And one person replied: ‘Actually love this! I do my makeup on trains and busses some of the time, it’s just a good way to use the time during traveling tbh.’