Starbucks will publicly track how well it's meeting diversity goals as it works to be more transparent in its commitment to providing a more inclusive environment, the coffee giant announced Wednesday.

To track this goal, the company plans to roll out an analytics tool for senior leaders that will identify the company's current diverse representation. The company also plans to continue to publicly share its progress through annual reporting, Starbucks said.

The new goals come as nationwide protests have drawn attention to systemic racism. As a result, many companies have worked toward increasing workforce diversity. In a letter sent to employees Wednesday, Starbucks CEO Kevin Johnson noted that the company's latest actions build upon its efforts that began two years ago when it achieved 100% gender and racial equity pay and then closed all of its stores for anti-bias training. In 2019, the company conducted a civil rights assessment to measure the strength of its commitments, policies, training and initiatives. 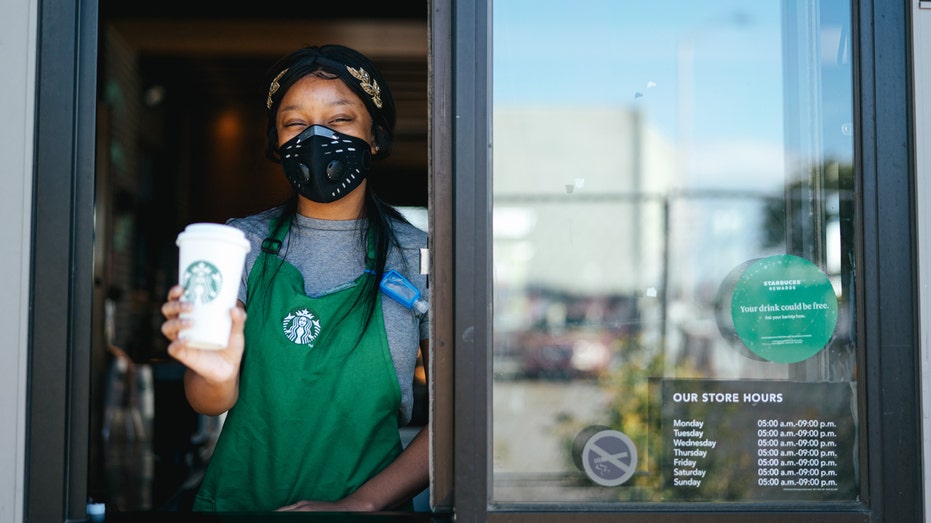 A Starbucks employee holds a drink at a company drive-thru. (Starbucks)

Johnson said he wants the company to lead by example.

"We have a responsibility to build bridges and create environments where all are welcome," Johnson wrote.

As part of its latest actions, the company will establish an Inclusion and Diversity Executive Council to provide internal governance throughout the organization. Starbucks will also launch a mentorship program that aims to help connect employees who identify as Black, Indigenous or people of color to senior leaders.

All vice presidents and higher positions will also be required to complete a two-hour training and foundational and racial bias courses from the "To Be Welcoming Curriculum," the company said.

In supporting the community, the company also plans to dole out $1.5 million in neighborhood grants from its charitable arm, The Starbucks Foundation. The grants will support over 400 grassroots and community-based nonprofits, with a particular focus on organizations that are led by and serve Black communities.

It will also invest an additional $5 million to launch a multi-year initiative centered around supporting nonprofits that serve minority youth.