Home » Lifestyle » Stop playing dirty: Why Australian politics must clean up its act

Stop playing dirty: Why Australian politics must clean up its act

The message could not have been clearer at the last federal election: voters want clean government.

Sketchy grant-giving and contract-granting under the Morrison government created an unsavoury impression of a mob just this side of sliding into an ethical abyss. 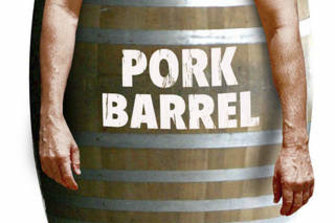 Public concern grew about the way some contracts were granted under the Morrison government.

The situation was reminiscent of the character in Ernest Hemingway’s The Sun Also Rises who asks someone how they went bankrupt. “Gradually, then suddenly,” is the reply. It’s the same with moral bankruptcy in politics.

Australians who follow the British system have watched the Johnson government drag British politics gradually, then suddenly, to a poxy low more characteristic of emerging nations lacking robust institutions than to the world’s oldest functioning democracy.

They’re just the latest among serial scandals on multiple fronts, usually with little or no consequence for transgressors – including UK Prime Minister Boris Johnson himself over his repeated “partygate” lawbreaking. 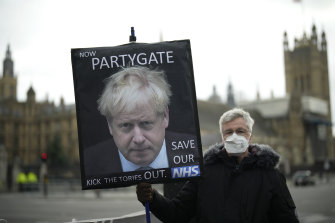 Boris Johnson has been strongly criticised for partying while Britain was in lockdown.Credit:AP

And it was not just Trump behaving badly. The Republicans’ campaign to limit voting rights, skew district boundaries and undermine vote counting integrity rules suggests conservative politicians in the US have junked electoral ethics altogether.

Their efforts to undermine America’s democratic fabric, going on gradually for decades, now suddenly threatens to fundamentally compromise US democracy itself.

The January 6 Attack committee’s vice-chair, Republican congresswoman Liz Cheney, electrified the hearings and wrote herself into the history books by standing out against the toxic indifference to integrity on her own side of politics. 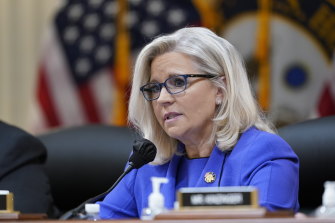 Republican congresswoman Liz Cheney criticised members of her own party for failing to condemn the January 6 attack.Credit:AP

“I say this to my Republican colleagues who are defending the indefensible,” Cheney said. “There will come a day when Donald Trump is gone, but your dishonour will remain.”

Her courage in the breach begs the question, who is the Liberals’ potential Liz Cheney, capable of stimulating ethical reflection here?

Dutton’s post-election attempt to dress as lamb does not extend much beyond photo shoots with his family members. He is considering support for some kind of federal integrity commission but unapologetic about the Morrison government’s record in office.

After their election, Dutton and new Liberal deputy-leader Sussan Ley promised to listen to voters. They’re deaf if they missed the integrity message that not only helped Labor win office but helped community independents take a swag of Liberal heartland seats off them too.

If deaf, Dutton and Ley might not be blind to the fact that if the Andrews government is re-elected this year and the Perrottet government falls early next year, mainland Australia will have Labor governments at both federal and state levels for only the second time in history. (It happened only once before, briefly under the Hawke government.) You’ve got to be determinedly myopic not to see that coming.

However, there is a grand experiment in Liberal renewal running right now from which the federal arm of the party might learn. It’s the Perrottet government in NSW. 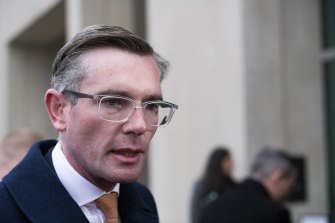 Further, Perrottet is visibly trying to drag the government towards the political centre.

This week’s NSW budget includes some material examples, most prominently relating to women. Perrottet knows he’ll lose office if the gender split evident at the federal election happens to them at the state election next March.

Perrottet, a hard right-winger, is on the right track, with his recent performance featuring repeated centrist declarations.

The invisible hand of Labor giant Paul Keating is part of the reason. Victorian Premier Dan Andrews’ disclosure that Keating had suggested he and Perrottet get together over shared policy interests is the tip of the iceberg.

Keating was consulted by the NSW government in recent years about the Macquarie Street arts precinct as well as ideas for an Indigenous arts centre. He came into contact with the then treasurer Perrottet along the way and stayed in touch with him as premier.

For Perrottet it’s a “bromance” according to one Liberal. “They’re very close,” another confirms.

“Perrottet is picking up a lot from Paul about how to do things,” a Liberal who has observed them directly says. “From Perrottet’s side, he’s long admired Keating. Dom in private can’t stand all these f—–s who pussy-foot around. He’s very derogatory about people who don’t have any vision. He was very derogatory of Gladys because she was a plodder.”

Yet just as things were going so well, Perrottet allowed the tendrils of the ethically compromised former Berejiklian government to entwine him with the appointment of former deputy-premier John Barilaro to a lucrative government job overseas. Perrottet has said the public service made the appointment and that he had no role in it.

Hanging in the air is the fate of NSW Liberal premiers Nick Greiner, Barry O’Farrell and Gladys Berejiklian, who left their jobs in controversial circumstances.

The state ballot in March will be the test of NSW voters’ support for his policies and their faith in his words.

If Perrottet can continue to show the leadership that is winning him voters from women and families, he may get through the election unscathed.

If not, it will be lonely existence for Dutton, who continues to doubt integrity in politics needs a watchdog with teeth.

Dr Chris Wallace is professor at the 50/50 By 2030 Foundation, University of Canberra.