Get in the water! Just a week into the game, the Survivor season 41 castaways are tired as they once again compete for immunity.

In this exclusive sneak peek at the Wednesday, October 6, episode, you can see that strain manifest during the challenge.

‘Survivor’ Rules and Regulations: What the Cast Can Bring, Wear and More

Evvie Jagoda for the Yase tribe, Deshawn Radden for Luvu and Shantel “Shan” Smith for Ua are first in the water as they kick off this competition, which involves swimming, climbing up a ladder, going across on a rope and more. 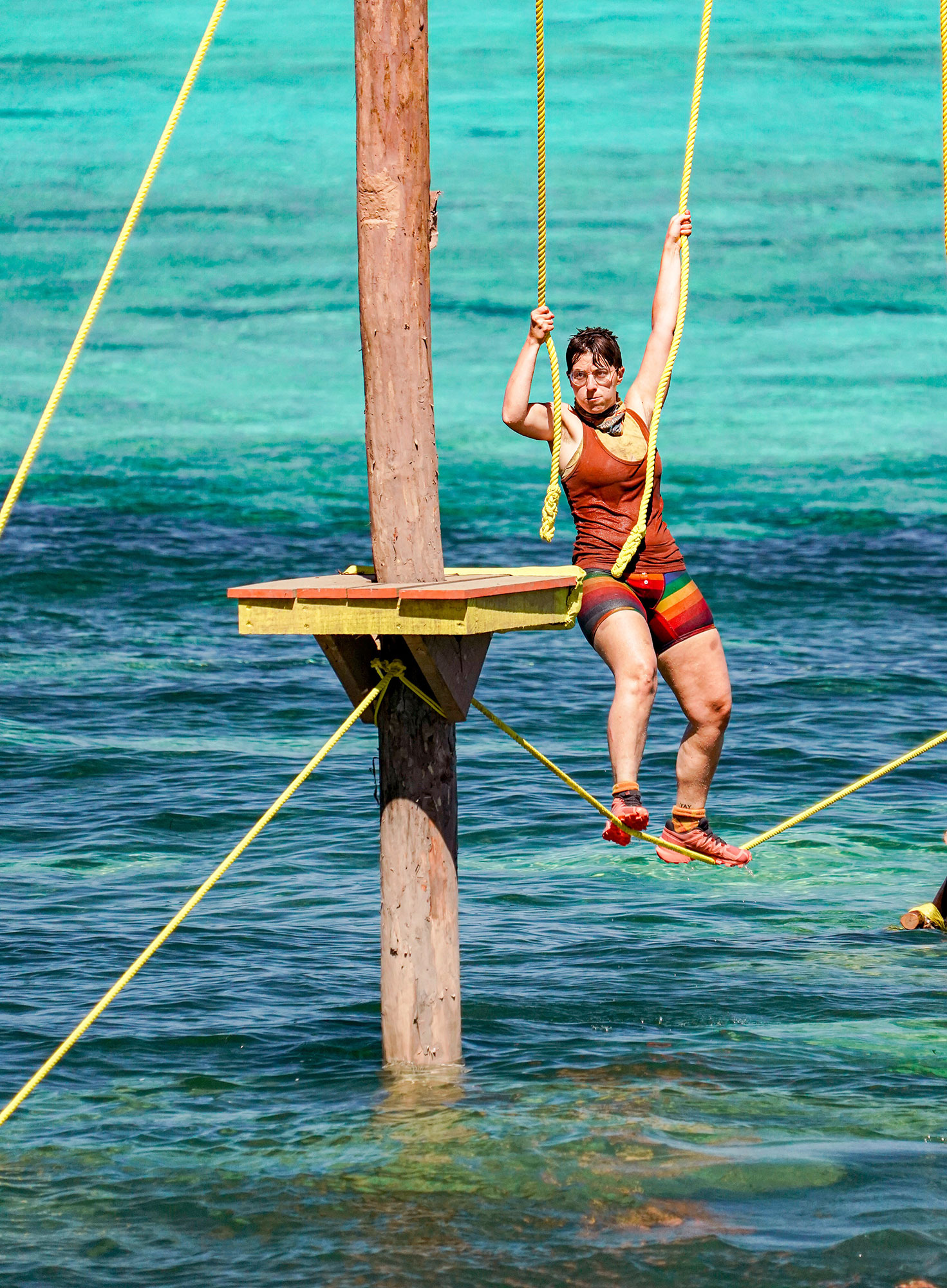 “Now comes the hard part. This is tricky,” host Jeff Probst yells from the sidelines. “You have a very narrow rope to balance your feet on and only four ropes to get you from one end to the other.”

As Evvie struggles to get to the platform, the CBS personality, 59, narrates, “You can see seven days already taking their toll on how fast she’s moving.”

This round of the long-running series is only 26 days after 20 years of a 39-day game. With a shortened season comes limited supplies as the tribes were not provided with any food or rice on day one.

‘Survivor’ Winners Through the Years: Where Are They Now?

“Survivor 41 is birthing a new era, starting with a much more dangerous 26-day game,” Probst explained about the game’s evolution prior to the season airing. “So that means it is a very fast pace. It does force the players to make bigger decisions. So there will be new advantages and there will be some controversial twists.”

So which tribe ends up winning immunity this week? Watch the exclusive clip above!