The state's largest arts independent arts festival is for the first time setting up in the heart of the CBD amid attempts to revive Sydney's flagging nightlife while allowing artists to find new audiences and new venues to perform cutting-edge works.

Historic City Tattersalls Club will become entertainment central for the Sydney Fringe Festival which has, in previous years, brought life to Oxford St and disused industrial spaces and empty shop fronts in the inner west. 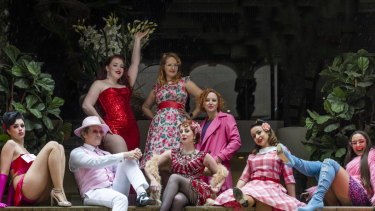 For its tenth year, the Fringe Festival will take over the Pitt St club established in 1858 in support of turf race gaming – for a month-long series of events culminating in a giant CBD party Dance All Night and a Kevin Bacon-inspired Footloose flash mob that will roam surrounding streets.

Another seven festival hubs will operate, including emerging talent showcases at Erskineville Town Hall and comedy nights at the Kings Cross Hotel.

New to this year's 400 event program is Paddington Hub, featuring pop-up performances at Cobbstar Studios and underneath Oxford Street’s Verona Cinema, and an expansion of the dance hub to Australian Actors Centre in Leichhardt where a launch event, Dance All Day, on Saturday, September 7, will open the outdoor forum space to dance instructors and performers.

The festival has long been struggling to find spaces across Sydney for its 2000 participating artists, with a report last year by its director and chief executive Kerri Glasscock identifying overzealous police enforcement of restrictive licensing laws and onerous red tape as suffocating the city's creative life. 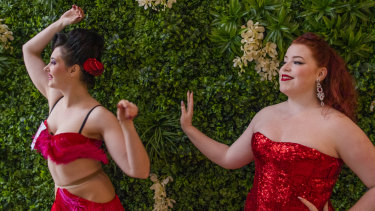 Glassock's report, An Anthology of Space, found that as the state's laws stood it was easier to open a bar than to find a home for a cutting-edge theatre ensemble.

On paper, the partnership between sports and arts might appear a mismatch but Glasscock says clubs like Tattersalls offer affordable spaces, rooms, and auditoriums, all fully licensed with drink and dining options.

The collaboration might become the template for future collaborations, perhaps even a permanent city-based home for the festival. Three new CBD venues are also to be announced in coming weeks.

"You see a lot of work being done by clubs across the city and state of redefining their purpose," Glasscock says. "Pubs and hotels have the same thing. They were such integral parts of the community for many decades and as society changed and other entertainment forms evolved, that geographic location became less tied to a city. There is definitely an outward focus with many of those [venues] asking: how do we serve the community? How do we get new audiences and young people in our doors?"

During the festival month of September, Tattersalls will be home to as many 60 productions staged across five event and theatre spaces, plus a pop-up basement bar.

"I keep saying it is the gift that keeps on giving," Glasscock says. "Every time we go and do a site visit we end of up staying for four or five hours because you find another space that you didn't know existed, or your walk into a wonderful thing like a group of ladies who have rolled out turf and are doing lawn bowls. It's a nice opportunity for them to reach new audiences and invite people through their doors, certainly a lot of our audiences would not have been inside."

Director's Picks of the Fringe Festival

Ballad of the Apathetic Son and His Narcissistic Mother (UK) Australian pop superstar Sia becomes the catalyst for a mother and son reckoning in this all-singing, all-dancing journey of rejection and nurture, disappointment and becoming.

Say Something Nice (NZ) A live art piece written by Sam Brooks (Burn Her, Stutterpop), which aims to bring out the nice side of its audience.

Other People's Holidays Sightseers are invited to grab a cocktail on the dancefloor in a unique immersive sound and visual experience that features vintage holiday slides sourced from peoples' private collections projected into the event space and local vinyl DJs playing a selection of sounds from around the world. Dancing shoes not optional.

Shaz and Tina Are Waiting For Uber Inspired by Samuel Beckett’s Waiting for Godot, this absurdist comedy sees two best friends, Shaz and Tina, passing the time as they wait for an Uber outside a dingy nightclub.