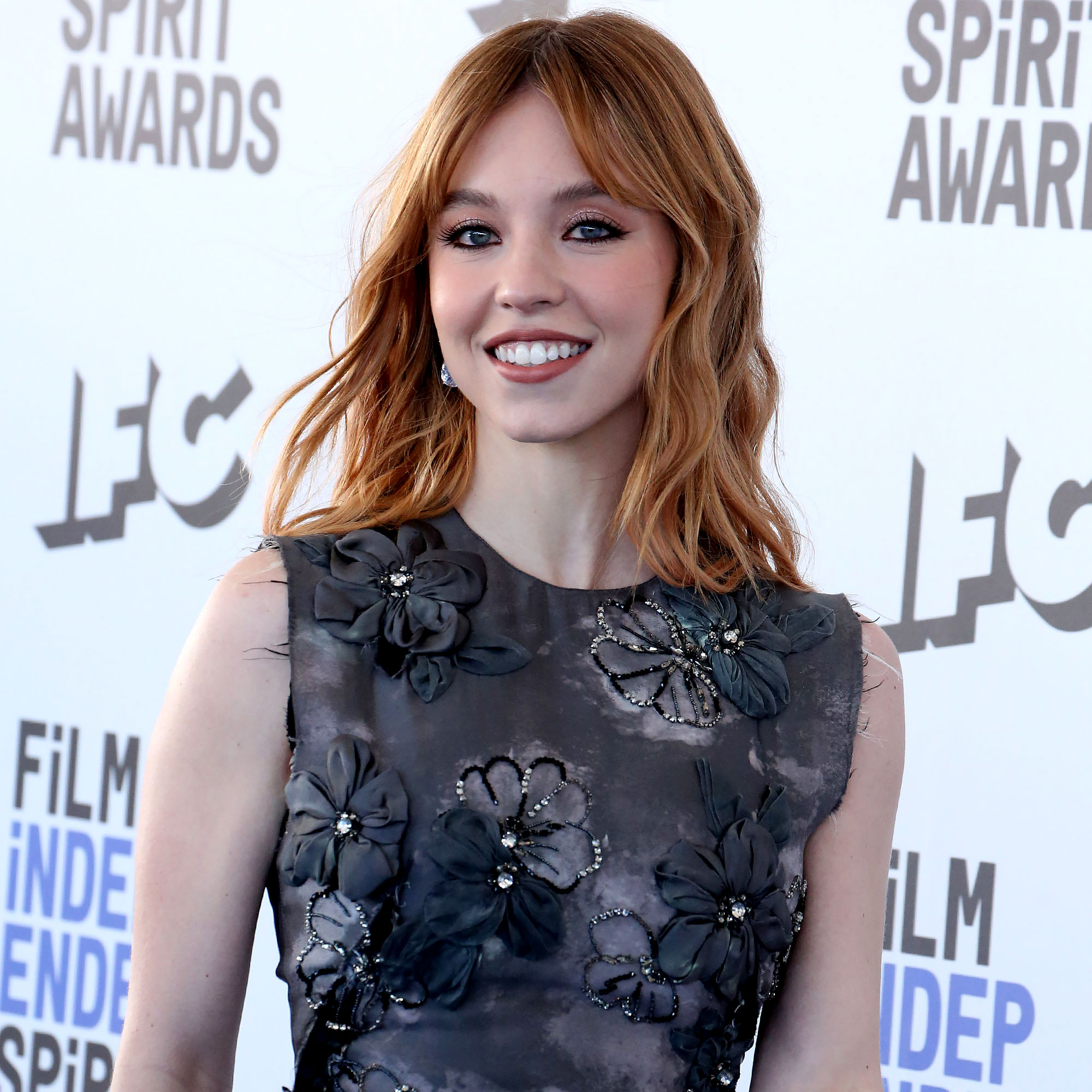 On the down low! Sydney Sweeney embraced her honey red new hue in all its glory at the Film Independent Spirit Awards on Sunday, March 6, but it turns out that she’s had a tress transformation going on for quite some time.

In a Thursday, March 10, interview with Allure, the 24-year-old actress revealed that she’s had to get creative in order to keep her “brunette with a little bit of red” hue, along with her shaggy fringe, under wraps. Sweeney embraced the new look for her role as Penny Jo Poplin in National Anthem, which also stars Halsey, Paul Walter Hauser and Simon Rex.

“I did this for a character, actually, a little while ago,” the White Lotus star explained. “I had to hide it with lots of hats and hoodies. And now I”m able to debut it.” Sweeney first teased her new movie via Instagram on March 1.

While the fiery hue is quite a departure from the blonde locks fans have come to associate with the star’s Euphoria character Cassie Howard, Sweeney told the outlet that she actually feels more herself with her new color.

“It’s funny. This is closer to my actual hair color, so I feel more Syd in this color than I do when I’m blonde,” she shared.

Sweeney’s hair color isn’t the only thing changing as she starts filming for her new role. While Euphoria is all about glam (think: hair, makeup and most notably in season 2, nails), National Anthem is much more low key in the beauty department.

In fact, the actress has had to ditch her regular polish, gels and acrylics while filming. As a result, she’s had to get creative for red carpet appearances. She’s been sketching out her own designs that nail artist Zola Ganzorigt then converts into press-ons.

“I have to have something for red carpets. So I design nails, I draw them out and I send my ideas to Zola, who brings them to life for me. Then I just press them on. It’s really fun,” she told Allure.

See What the Stars Wore to the Film Independent Spirit Awards

For her most recent red carpet appearance, the actress rocked a muted purple and green marble set with rhinestone accents that played perfectly with her glitzy gray Miu Miu dress and her soft smoky glam.

“When I’m at red carpets, I feel like I’m able to express myself and different versions of myself that I’d like out there,” Sweeney explained.