Cities are seeing an increase in gun sales and delays in gun permit approvals amid civil unrest and the presidential election. FOX Business’ Kristina Partsinevelos with more.

Demand for civilian-use stun-guns soared in 2020 jumped some 300% compared to 2019 in part because people are "concerned about their own personal safety," Axon CEO Rick Smith told FoxBusiness.

Given a year of civil unrest and violent crime rates rising across the nation it should come as no surprise that Taser, the best-known brand of stun-guns and is made by Axon – saw the company land its largest Taser contract in its history – a $20 million deal with an undisclosed customer.

Smith attributed the deal and the increase in sales to “the level of concern and angst that people have after seeing various levels of unrest that, at times, boiled over into violence.”

“People are spending more time at home and just really being concerned about their own personal safety in a world that just felt like it got, I think, riskier in 2020," he said. 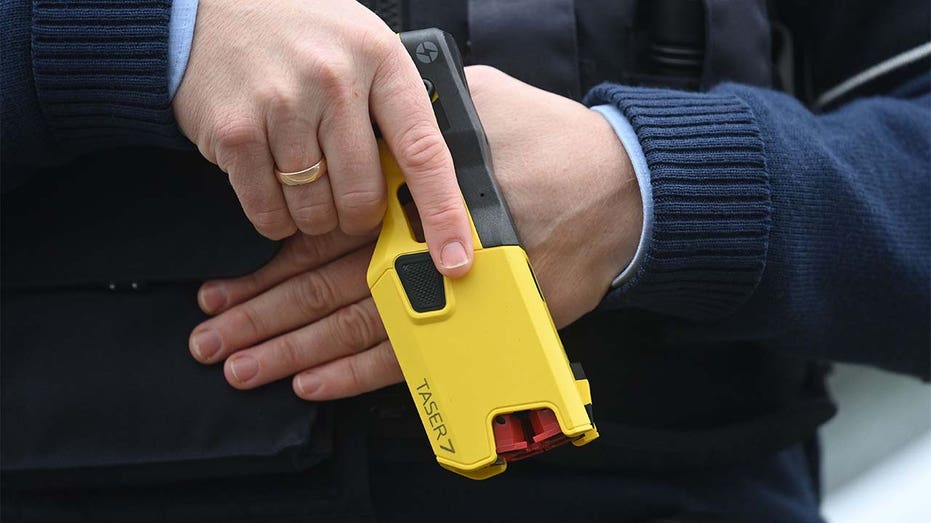 Smith said Axon has been “delighted” to see people moving “toward solutions that allow you to protect yourself without killing someone in the process.”

He added: “It feels like that message is starting to resonate, not just with our police customers, but more generally, that killing people is really a tragic, terrible thing,” he continued. “And if you can avoid it, if you can find other ways to protect yourself, that's an important thing.”

Consumer-use Taser sales spiked around a time when gun sales also skyrocketed. Nearly 23 million firearms were sold in 2020, according to data compiled by Small Arms Analytics & Forecasting (SAAF), which estimated that the number of guns sold by the end of July had matched the total sold in all of 2019.

And the National Shooting Sports Foundation, a trade group the represents gun-makers, has estimated that more than 8.4 million people bought guns for the first time in 2020.

Smith stressed that Taser’s mission “is not to disarm police of their firearms, nor is it to disarm the public.”

“If we do our job right, if we can give them tools, if we can give them a Taser weapon that is as effective, or more effective than their pistol, then they’re going to choose to use it,” he said. “We’re not suggesting you shouldn’t have the choice to use lethal force, but we’re going to make our choice so obvious it’s the one you will choose because it will work better.”

The majority of consumers buying Tasers have typically been gun owners, who see it as a way to protect themselves while avoiding “human tragedy” and the potential further ramifications, Smith said.

Matt Angorn, who oversees consumer affairs for Axon, said 80% of the company’s traffic was comprised of first-time visitors, compared to the 50% seen in 2015. 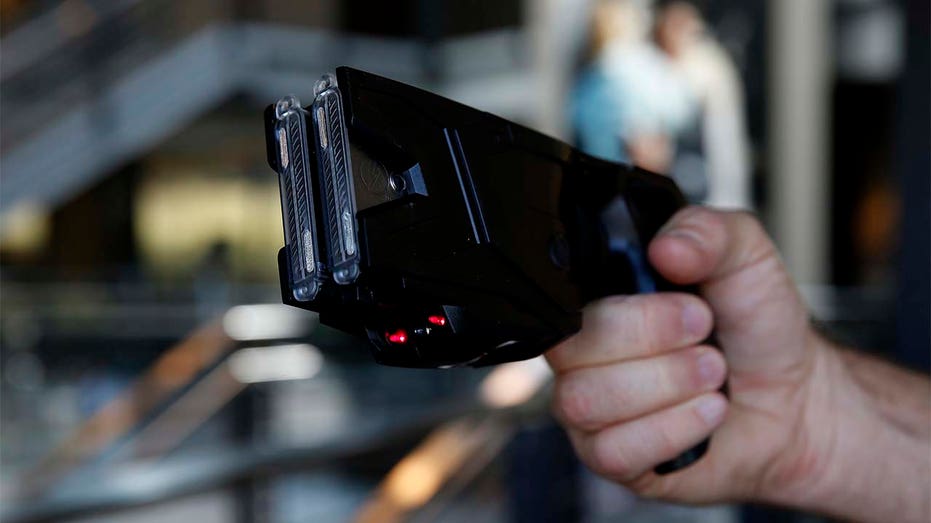 Axon was founded in 1993 under the name TASER International, Inc. Taser has been sold to consumers for more than 10 years, primarily through outdoor shops, gun shops and Taser.com.

Consumer Taser regulations vary based on location. In New York, the owner of Thugbusters in Rochester told the New York Post that sales for stun guns or civilian Tasers rose 95%, while sales at Jimmy’s Sport Shop on Long Island jumped 200% in 2020.

“Everyone’s buying them,” Jay Veng, manager at Jimmy’s Sport Shop told the Post of both types of weapons. “Women come in to buy them and men buy them too – usually for the women in their lives.”

California is “by far” the state where Taser see is its largest consumer sales Angorn said. Second on the list is New York – where roughly half of the fourth-quarter consumer sales were made, followed by Arizona and Texas. Sales also jumped in Washington State during the fourth quarter compared to the rest of the year, and Georgia “picked up” slightly in 2020, he added.

Speaking to the Washington State uptick, Smith added: “We think we saw some of the conflict in Seattle translating into people individually wanting to protect themselves.”

Looking at web traffic and sales as an “anxiety meter,” Angorn told Fox News he saw the biggest jump in sales after the Capitol riots from Jan. 6, compared to other protests or unrest spurred by the death of George Floyd and the 2020 Presidential Election, among other events.

“Across the board, I think everybody is concerned with personal safety,” Angorn said. “We offer a number of ways for a lot of people that are thinking … for the first time, ‘How do I want to defend myself?’ That’s not a question that a huge part of the population has asked themselves before 2020.”